Come on Milt, just take enough out to win the bet for me.

Jackie Gleason was born Feb. 26, 1916, in Brooklyn, the son of Herbert Gleason, a poorly paid insurance clerk, and Mae Kelly Gleason. At three years old, his older brother died, and at age eight, his father abandoned the family. His mother then went to work as a subway change-booth attendant until she died from anemia in 1935.

Gleason went to Public School 73 and Bushwick High School and grew up to be a blue-eyed, broad-shouldered six-footer, with black curly hair and a dimple in his left cheek. After his mother’s death (when he was 19) he worked as carnival barker, emcee at local clubs, and began working as a comedian in Manhattan cabarets and on NBC radio. In 1949, the obese and energetic 33-year-old Gleason was offered the starring role in the sitcom The Life of Riley in the new TV medium. He left after one season, and by 1953 was starring in his own hit variety series The Jackie Gleason Show where he created several characters including the lovable Brooklyn bus-driver Ralph Kramden.

Gleason’s drinking, philandering and overly generous tipping was legendary – as was his fear of flying which led to cross-country train trips which became highly publicized booze-soaked spectacles.

With the success of I Love Lucy on CBS, Gleason was offered a multi-million dollar contract to bring the bus-driver skits to a sitcom format in 1955 with The Honeymooners.

39 episodes were filmed at the Adelphi Theater on West 54th Street in Manhattan. The cast performed twice a week, Tuesday and Friday nights, in front of an audience of about one thousand. Gleason insisted on spontaneity and little to no rehearsal. Audrey Meadows (who played Ralph’s long-suffering wife Alice) said she would secretly cue Gleason by placing her hand on her hip and point stage directions with her elbow. Each episode of the “classic 39” as they would be known was usually a mini-morality play, in which the characters (mostly get-rich-schemer Ralph) learned lessons about greed, vanity, trust, love and sharing. A year later, Gleason decided to go back to the variety show format.

Art Carney, as Ralph’s sidekick Ed Norton, became a big star with he and Gleason creating classic comedy moments on film. The last surviving “Honeymooner” Joyce Randolph (who played Ed’s wife Trixie) reported that the normally affable Gleason was tough on the writing staff. She told the NY Times, “He was very mean to the writers,” she said. “He kept them isolated. He didn’t get to know them.”

Kids became acquainted with Ralph, Ed & Alice (as animated mice) in 3 episodes of Looney Tunes’ The HoneyMousers – voiced by soundalikes in the late 1950s. 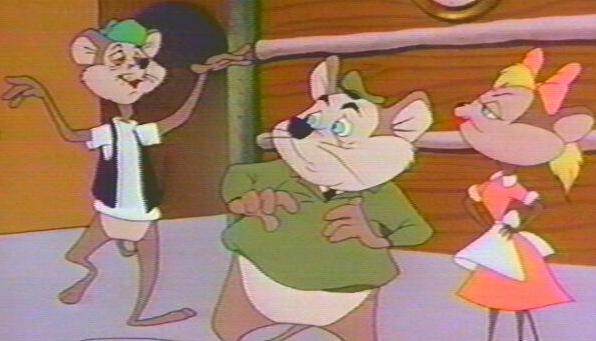 Jackie Gleason, the TV star/producer, divided his time between two residences: a Park Sheraton hotel penthouse in Manhattan staffed with a full-time bartender, and an upstateround-shaped home in Peekskill, NY which he called “The Studio” or “The Mothership” – and was profiled in 1960’s Popular Mechanics. 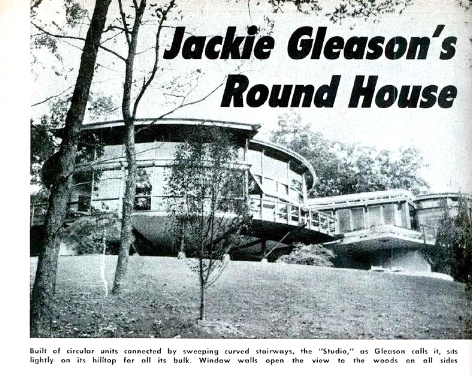 Gleason’s favorite Manhattan saloon haunt was Toots Shor – a restaurant owned by Bernard “Toots” Shor – located at 51 West 51st Street (in the 1940s and 1950s) and moved to 33 West 52nd Street (in the 1960s). A dipsomaniac’s delight, Gleason relished in the all night drinking at Toots with his “crumb bum” chums.  When Toots died in 1977, Jackie sent a floral spray of red roses with a card that read, “Save a Table for 2” – Jackie Gleason.

From 1962 until 1970, Gleason did his popular TV variety show in Miami – his former studio is now a theater named after him.

While in Miami, Gleason became an avid golfer – and lost interest in the weekly grind of television.

Gleason also starred in some classic 60s film roles The Hustler, Gigot (playing a deaf-mute) and Requiem For A Heavyweight. He also starred in the camp SKIDOO! – a 1968 counterculture film with a cast of dozens of old timers. In the film, Jackie has a bad LSD trip from a laced postage stamp.

“The Great One” (as he was now known in the industry – supposedly named so by Orson Welles) also recorded more than 35 albums with the Jackie Gleason Orchestra, and sold millions of records. Interesting because Gleason couldn’t read a note of music.  Gleason teamed with Lucille Ball on a CBS special called Three For Two, which premiered on December 3, 1975. The comedy/drama featured Lucy and Jackie Gleason playing three different couples in 3 different vignettes. 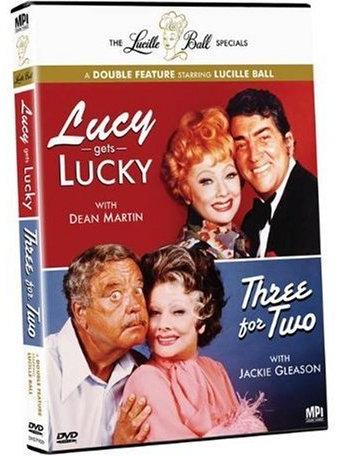 In 1977, he starred as a foul-mouthed Texas sheriff in Smokey and the Bandit which made him a smash with a new generation. 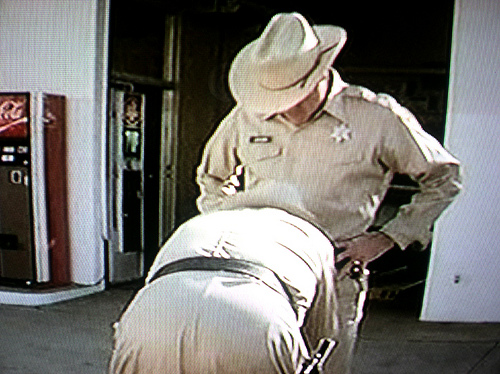 Sheriff: “Get in the car, Junior”
Son/Deputy: “But Daddy my zipper’s stuck”
Sheriff: “I’ve said it before and I’ll say it again: there is no way…no way you could come from my loins. When I get home I’m gonna kick your momma in the butt.”

In 1985, the year he was inducted into the Television Hall of Fame, Gleason disclosed that he had been preserving, in an air-conditioned vault, copies of about 75 ”Honeymooners” episodes (the collected skits from the 50s) that has not been seen in decades and were presumed lost. The material was then rebroadcast in syndication, Gleason made a small fortune, and the old cast received some long-awaited residual payments.

Gleason’s final film role was with Tom Hanks in Nothing in Common (1986) which was shot in Chicago. By then, a lifetime of heavy drinking and smoking (up to 5 packs a day) was taking its toll – and Gleason was battling cancer and heart disease.

From Findadeath friend Dolores:  Audrey Meadows recalled a story about a phone call she made to Jackie shortly before his death.  She told his wife Marilyn to put Jackie on.  Marilyn said, “Audrey, he’s not in his right mind, he won’t know who you are.”  She said when Jackie came on the line, she said, “This is Audrey.”  He didn’t recognize her.  Then, she thought about it and said, “Hello Ralph, it’s Alice.”  Jackie responded, “Honey, you’re the greatest.”

Gleason died from colon and liver cancer on June 24, 1987 at his 5 bedroom/ 6.5 bath home on Willow Wood Road in Lauderhill, FL. 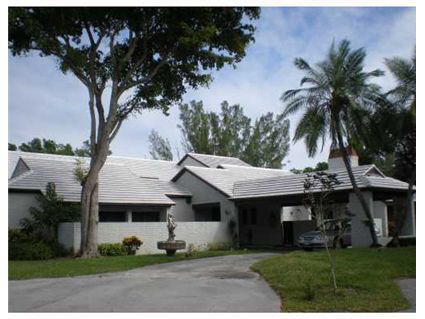 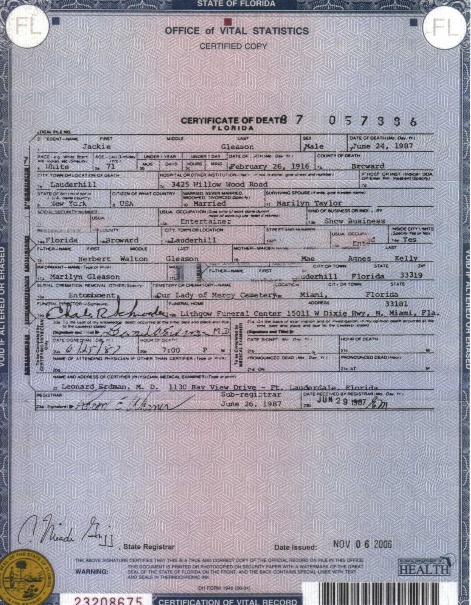 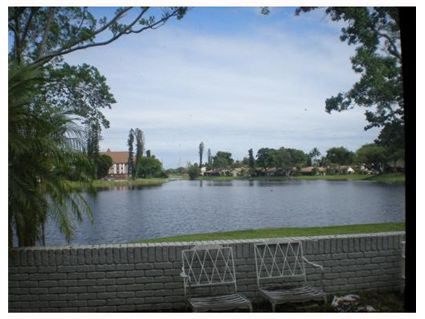 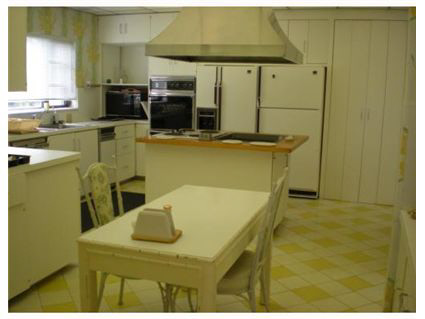 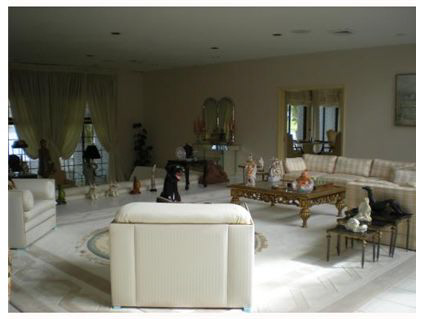 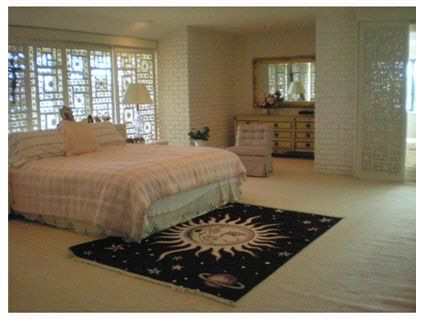 He had two daughters, Geraldine and Linda, with his first wife of 35 years, Genevieve Halford.

Jackie Gleason was buried in Our Lady of Mercy Catholic Cemetery, Miami, FL in a tomb that features an inscription of his catchphrase ” And Away We Go “. 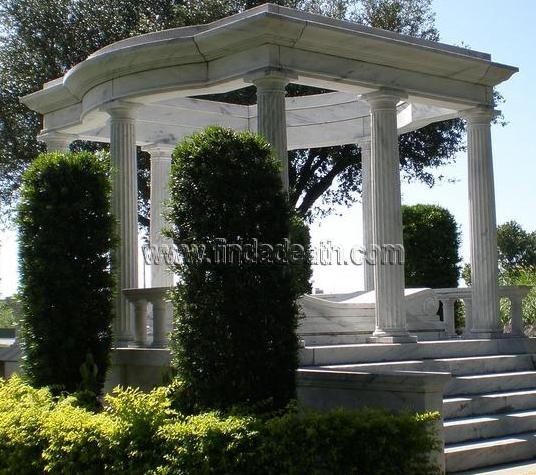 Before his death, tabloids reported that UFO-aficionado Gleason has been shown dead alien corpses at an Air Force base by President Nixon. Other reports say that at the end of his life, Gleason had all of the corners in his house rounded (an Irish belief to prevent ghosts from lurking!).

A “Jackie Gleason as Ralph Kramden” bronze statue from TV Land is located at the entrance of the Port Authority Bus Terminal at 40th Street and 8th Avenue, NYC. 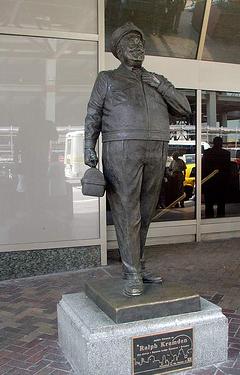 A quote often attributed to Gleason is, “It ain’t bragging if you can do it.”  Findadeath friend Maggie-Beth writes:  But, you know, he totally stole that line from Dizzy Dean.  Dean, in 1934 – when talking about how many games he thought he and his brother Paul would win that year  for the St. Louis Cardinals (he guessed 45, and they did, btw) –  said, “It ain’t  braggin’ if you can back it up.” Jackie was about 18 at the time, and wasn’t even in show biz then, so…