My pal Jak Castro sent me this: 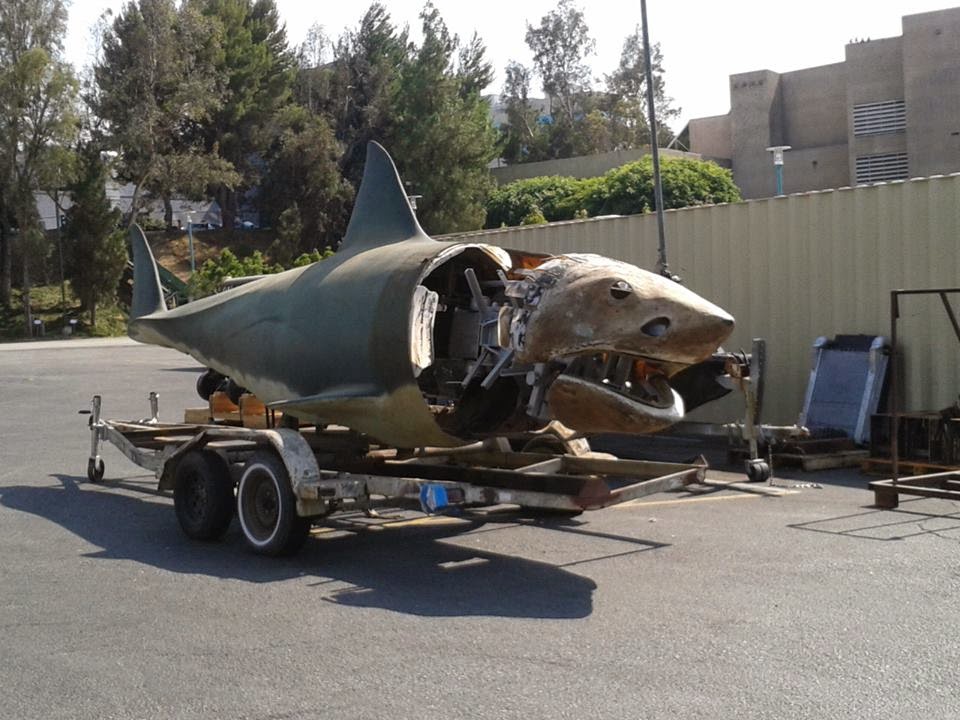 The shark is from the Universal Studios park. It was being redone so the skin was off the face. There are multiple sharks all the time. FYI- There was a special code when one of the sharks had an issue- “Fish out of water.” Everyone in tech services would come running because without the shark, the JAWS portion of the tram would be down, and without the JAWS portion the tram wasn’t the same. We would then get complaints which wasn’t acceptable from our president. So when anyone in tech heard the code fish out of water, it was the same as saying a jetliner is headed for our building. 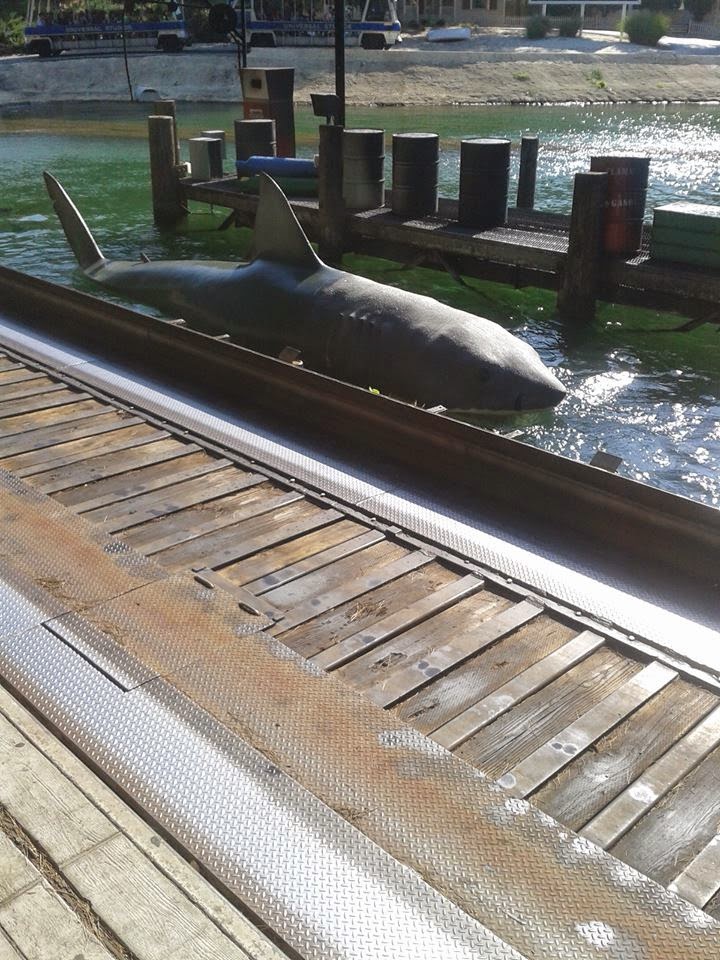 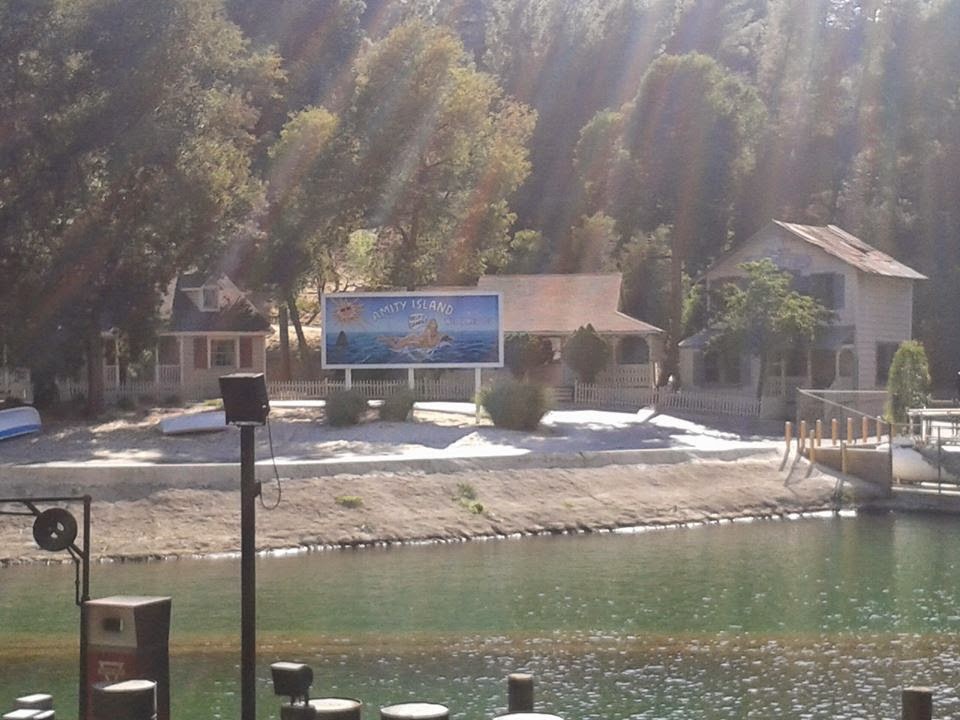 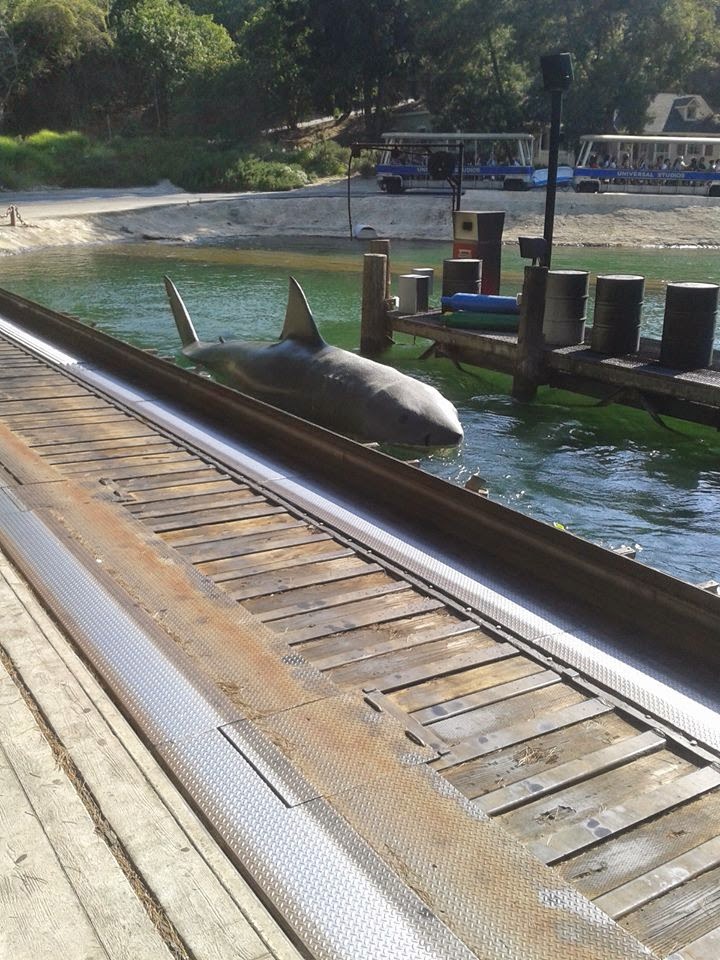 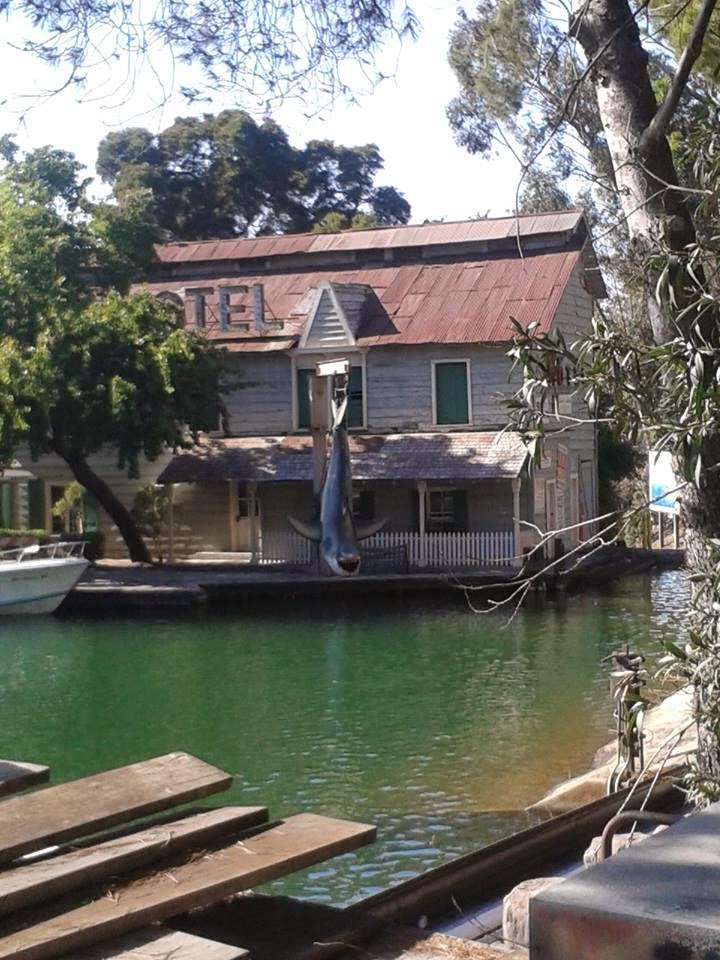 As I understand it, there were 4 sharks built from the original mold used to create the shark in JAWS.

The first three were destroyed.

One remains. This one was never used in the film, rather it was a prop at Universal Studios that you could pose with. It ended up in this junkyard in the San Fernando Valley. In true Hollywood style, he has a strict “NO PHOTOGRAPHY” policy. 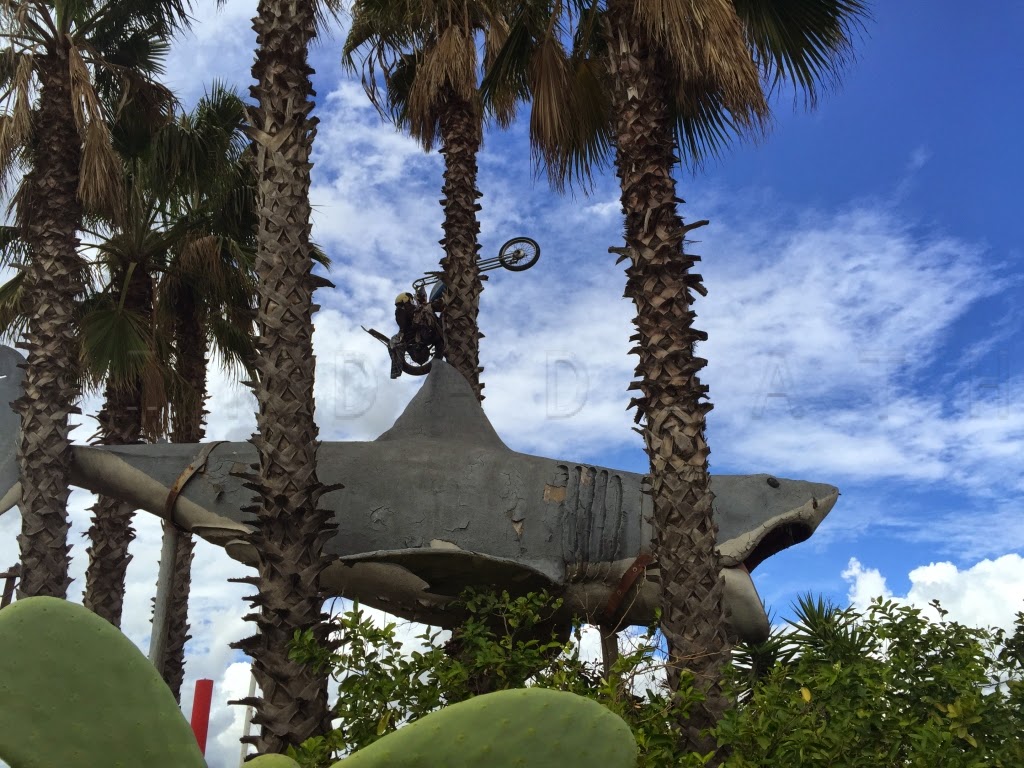 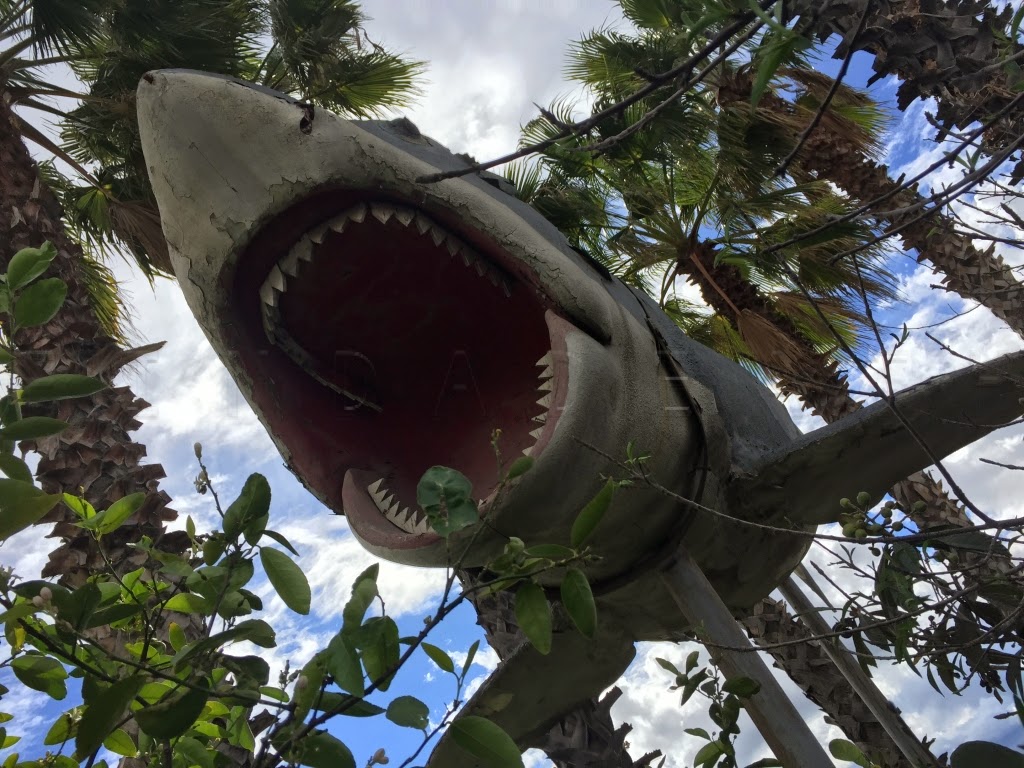 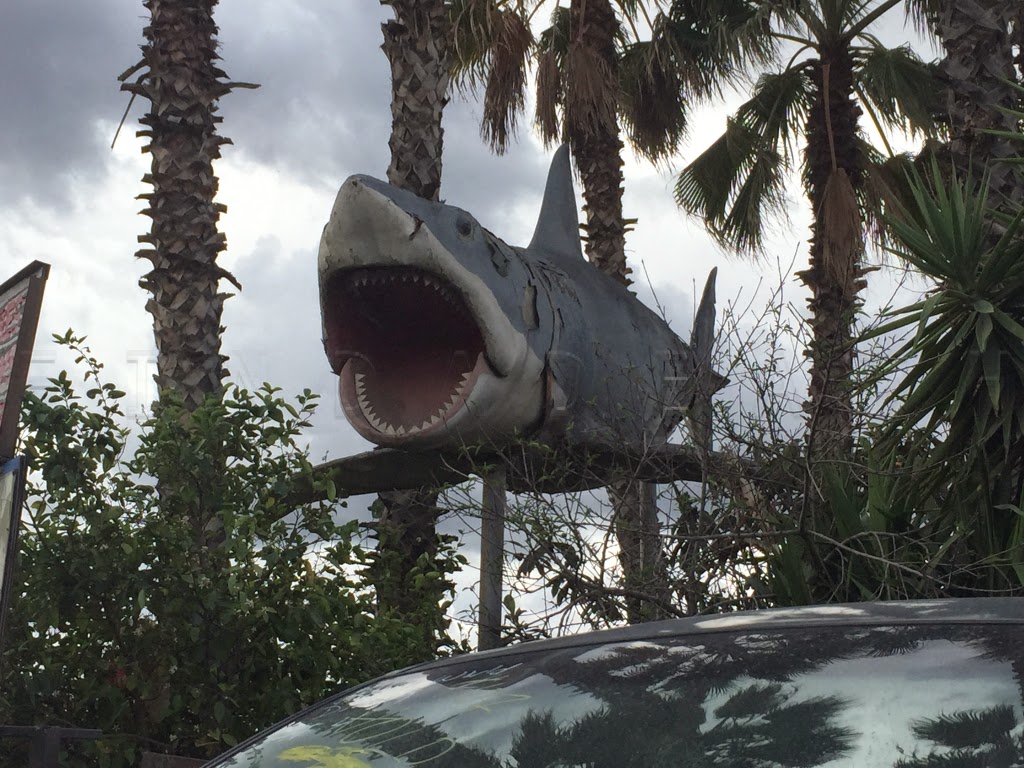 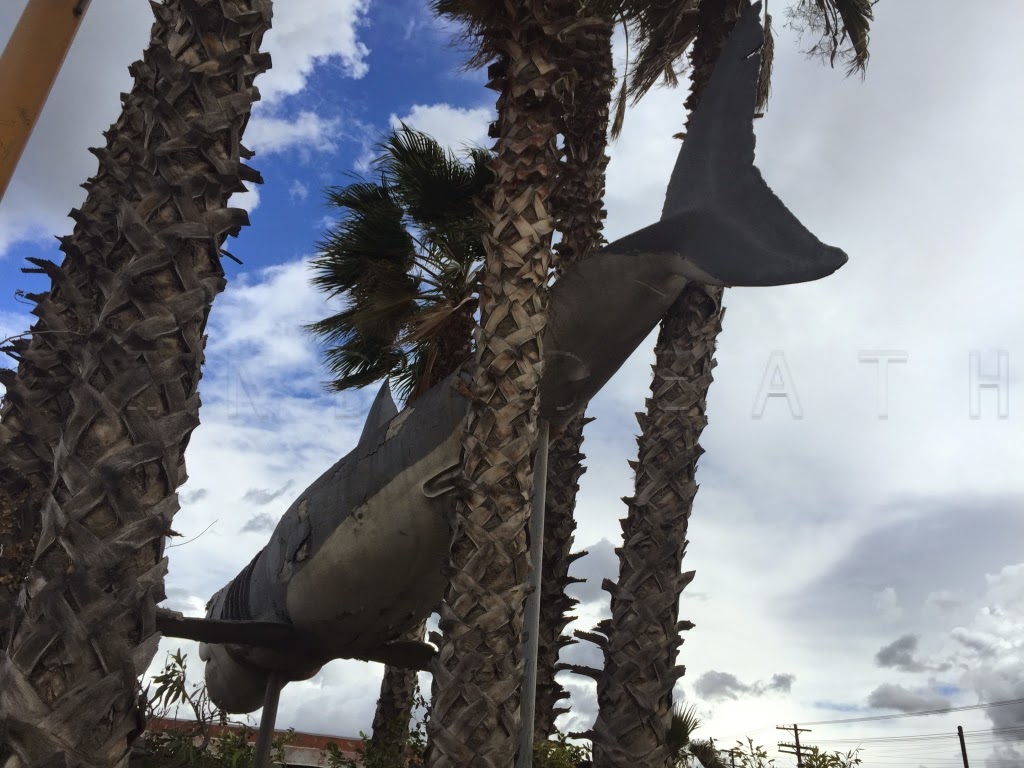 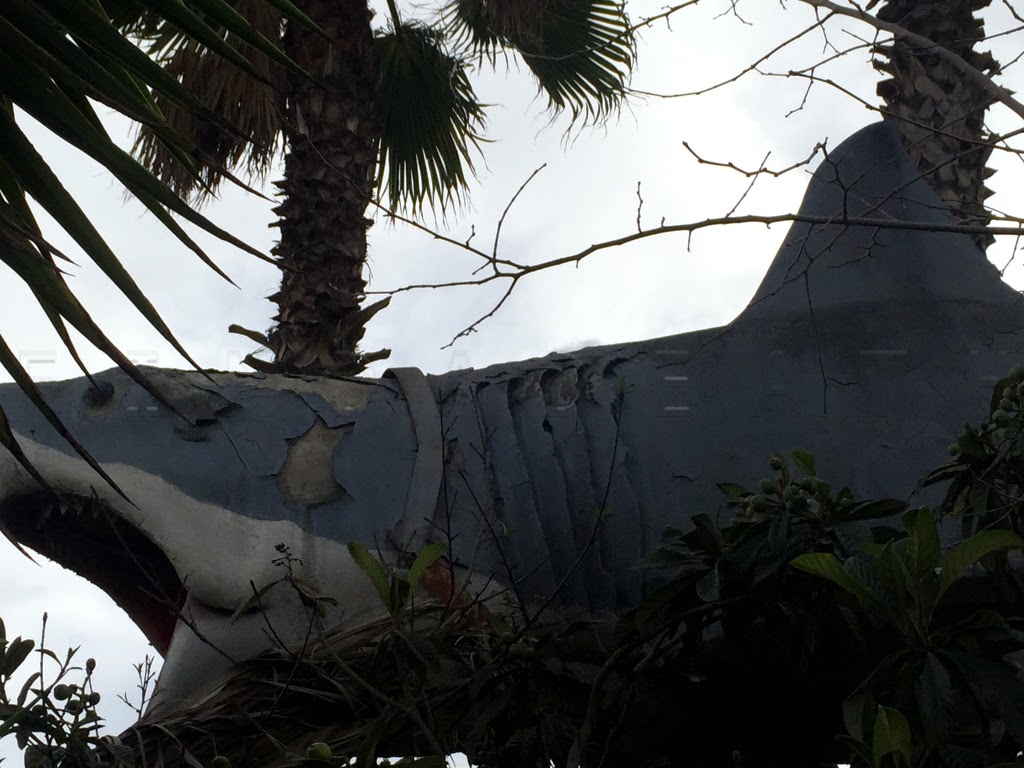 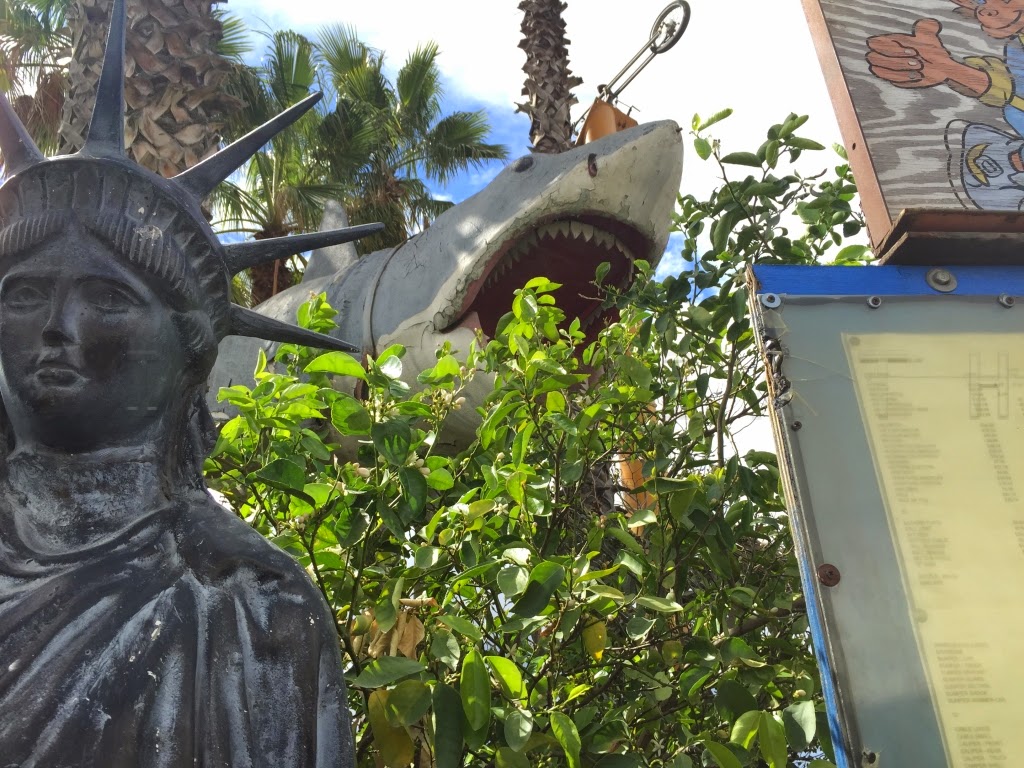 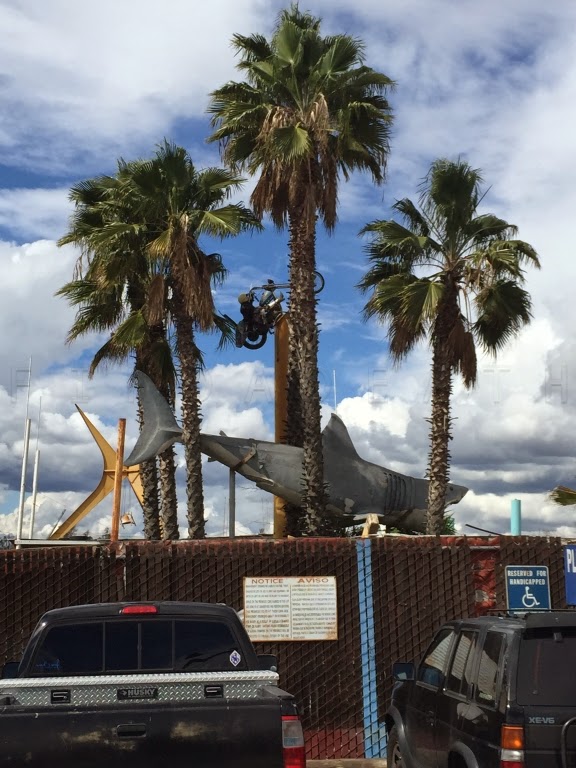 This photo was taken at Universal Studios. 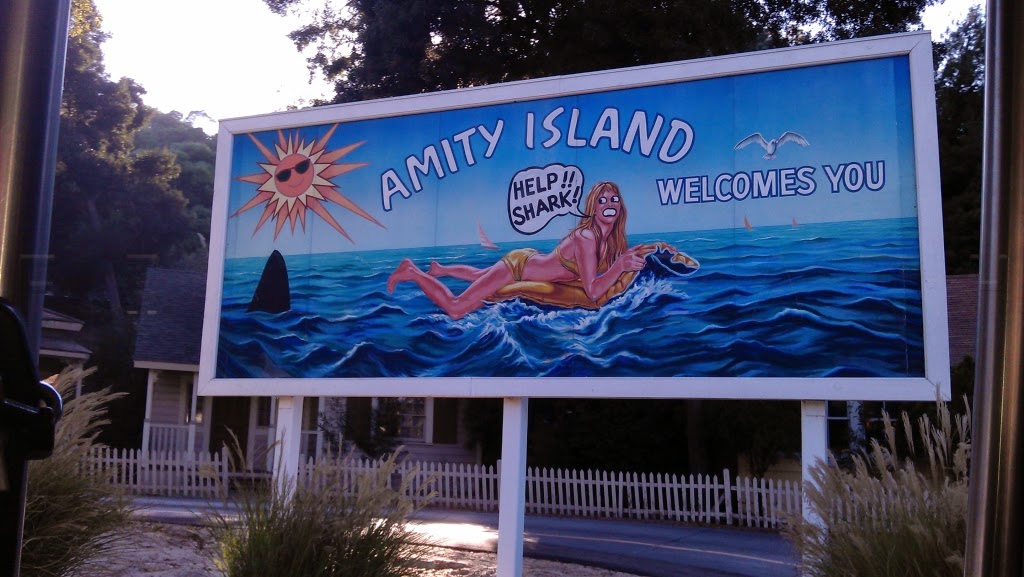 4 thoughts on “Jaws! – Bruce The Sharky”