Warning! Explicit pictures. These are not for the squeamish. 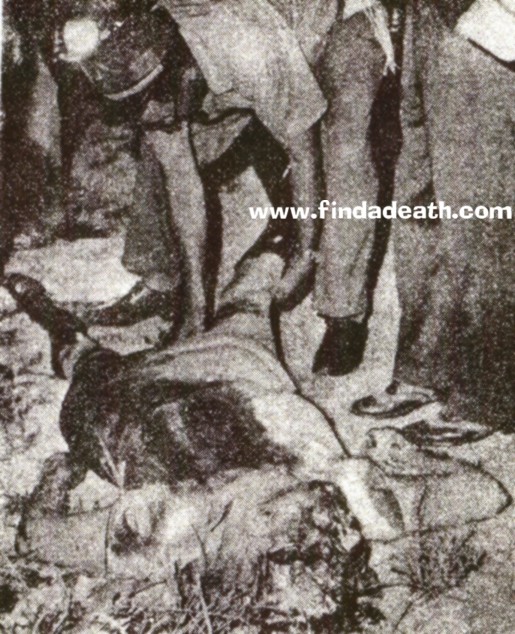 There was at least one dog that died. Supposedly there were four Chihuahuas in the car with them. Momsicle and Popsicle.  Seriously.  That sounds like a nightmare to me. And you know that Jayne probably wasn’t the most organized of people, so I’m sure the trip was hairy, to say the least. I don’t usually like ripping off pictures, but I scanned this one in from Hollywood Babylon. It’s the only crash scene picture I have, and there is Mr. Dead Dog and Jayne’s wig. 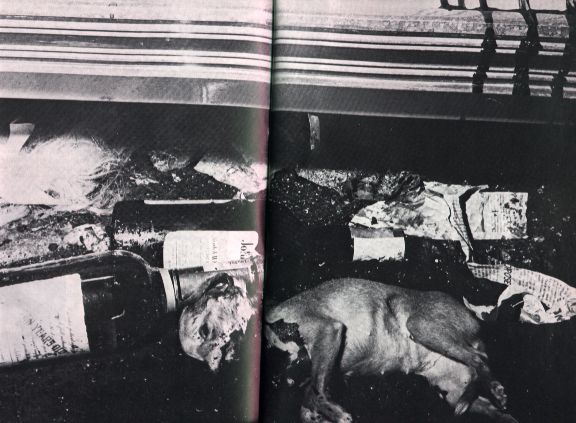 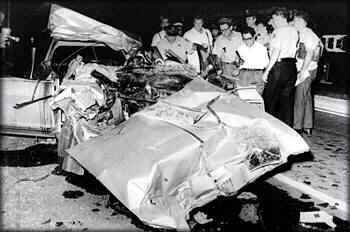 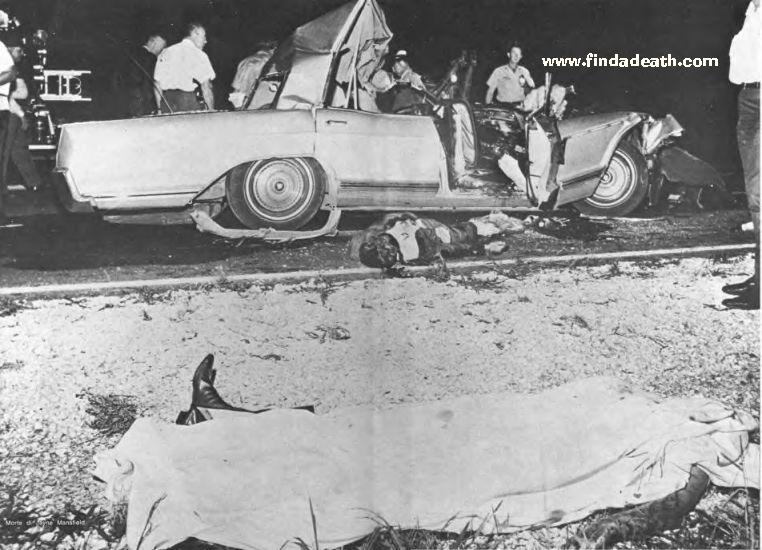