We have reached the end.

The joyous song Dominique which was huge in the 60’s was used recently in American Horror Story as the song to calm the nervous.

Jeanine Deckers aka Soeur Sourire (Sister Smile) had a hit single in 1964 with Dominique – The only song out of Belgium to hit #1 on the American Charts.

She beat the Beatles.

Debbie Reynolds portrayed Jeanine in the movie The Singing Nun.  I am obsessed with bad wax – this statue of Debbie was so old her face looked like it had tit implants. 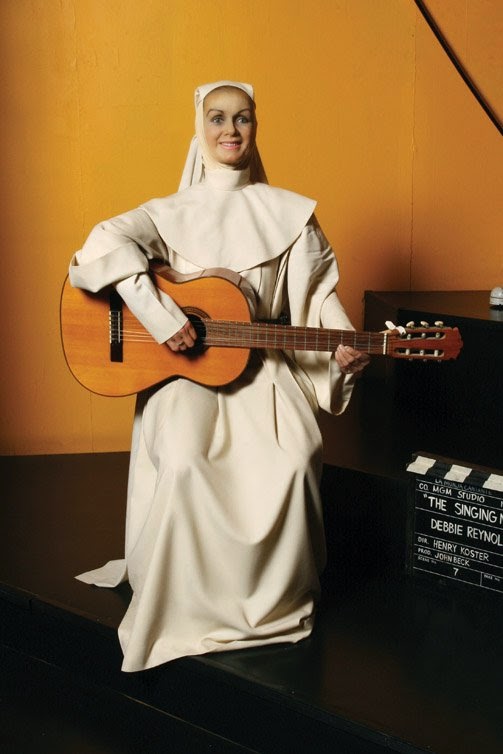 Speaking of tits, Jeanine was a mammber of the Dominican Order.

She took a vow of chastitty.

Most of the residuals from her music went to the record company, her own share  was, ummm, snatched up by her convent.

Debbie Reynolds made the snappy movie The Singing Nun based on Jeanine’s story. 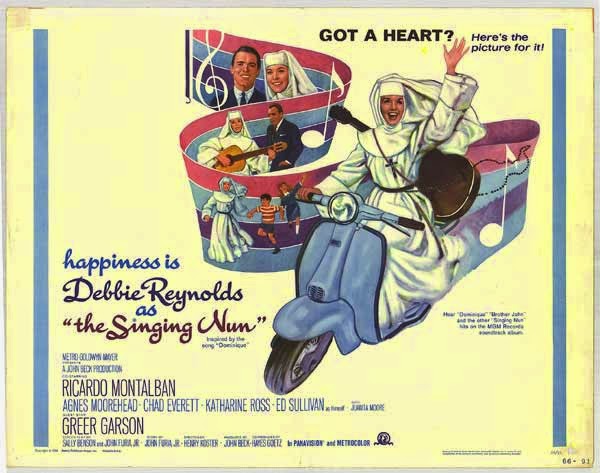 Two theories of how Jeanine, not Debbie, or maybe Debbie, but Jeanine met her lover:

While at a summer camp, a much younger female attendee, Annie Pecher, fell in love with Deckers.  I cannot tell you how many times the “summer camp lez” story has come up in my life.  It sounds like Annie was obsessed with the ex-nun.

This on top of the Debbie Reynolds movie sent her convent into fits. They turned. This doesn’t surprise me at all. I’ve had experience with monster lezzer nuns. The bad ones can be VILE BULLIES. The nuns made it clear they didn’t approve.

Girl had a nervous breakdown. Girl left the order in 1966 yet maintained a religious lifestyle. Eventually Annie moved in with her and Jeannine insisted it be only as “friends.” It took fourteen years for Jeannine to give up the “friend” thing and sip from the furry cup and join the Order of the Practical Shoes. They had an altar built in their house and took communion.

Girl turned rebel in 1967 when she wrote a pro-birth control song “Glory be to God for the Golden Pill.”

Get this: The Belgian government wanted back taxes for the royalties. The royalties were eaten out by the convent. Jeanine tried to get out of it by explaining the situation, but they were not having it.

Towards the end, the two ladies were operating a school for autistic children. It failed and closed Jeanine was trying to make a go at giving music and religion lessons.

They lived in the Green Horizons Apartment Building (#47B) in Wavre, Belgium. 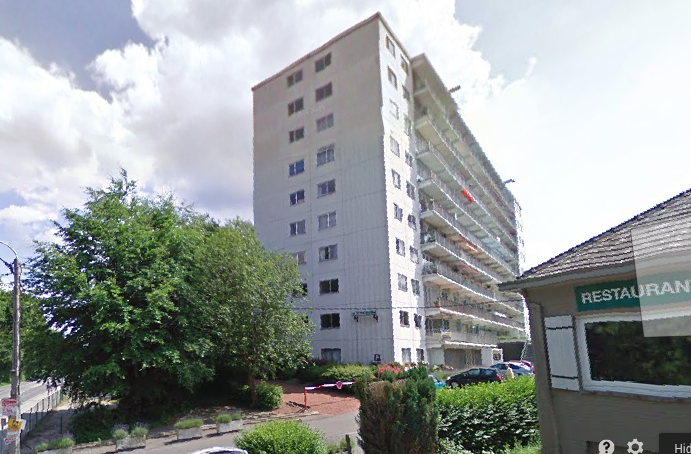 On Friday night, March 29, 1985, Jeanine and Annie took a massive overdose of barbiturates and washed it down with booze, apparently because of money. They were discovered three days later by concerned friends.

In the suicide note as the statement:

“We hope God will welcome us. He saw us suffer, so He should show clemency.” 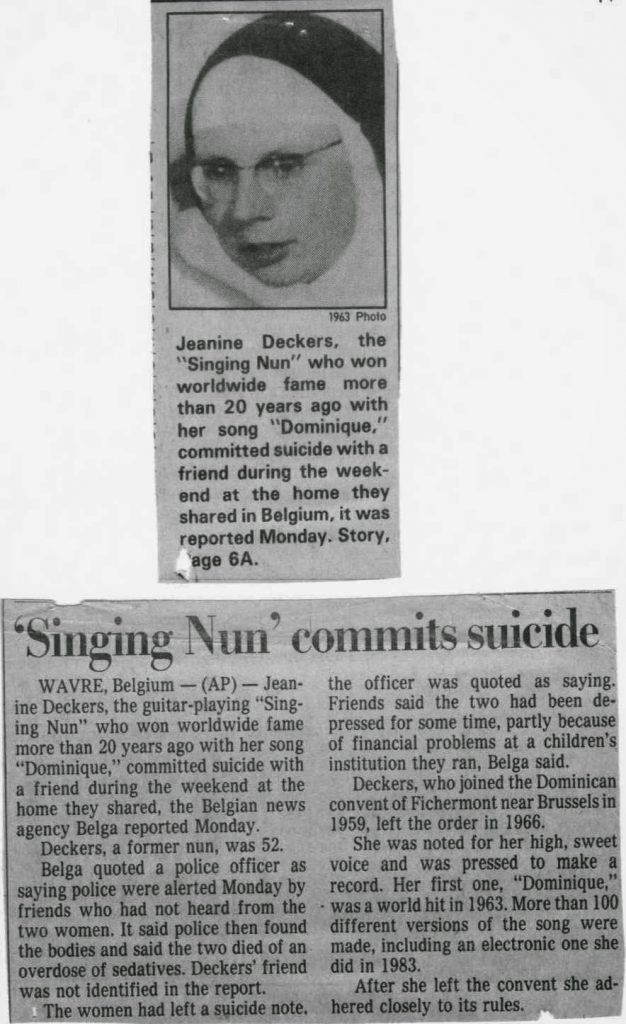 Upon hearing the news of the deaths, The Mother Superior from Jeanine’s order, clearly devastated, gave the girls a tongue lashing.

“The lady is no longer a member of our order.” 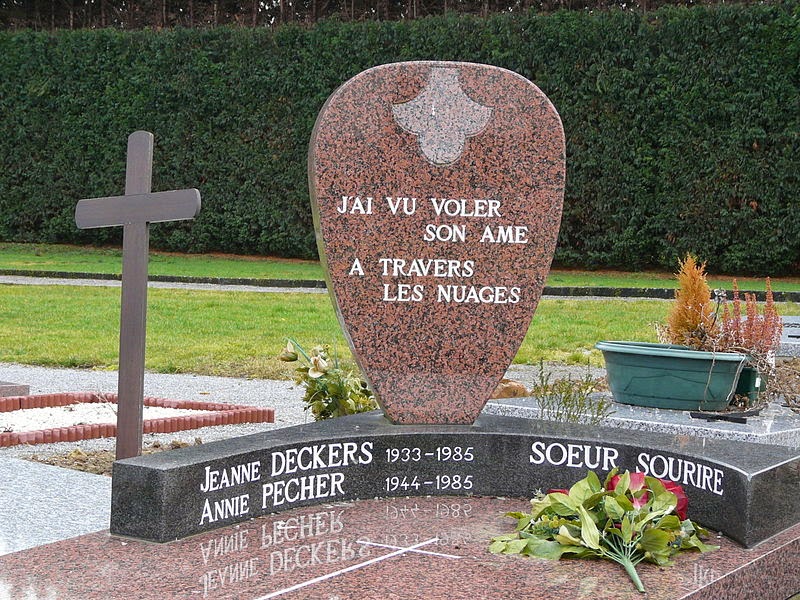 Our own tributes in the Dearly Departed Museum. 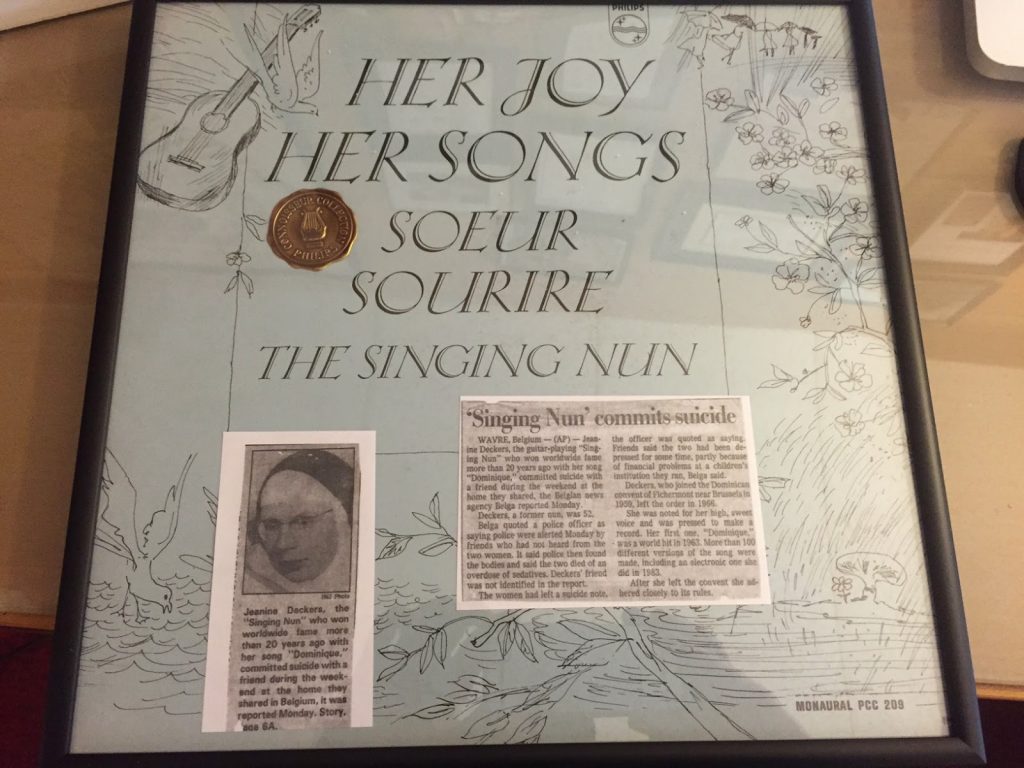 In 2009 a documentary about Jeanine was released.

“Cécile de France, the Belgian actor who plays Deckers and fought to get the film made, described her as a rebel trouble-maker and a “punk before her time” but also a fragile egotist full of “repressed aggression and savage brutality.”

Author D. A. Chadwick’s website who wrote The Singing Nun Story: The Life and Death of Soeur Sourire. 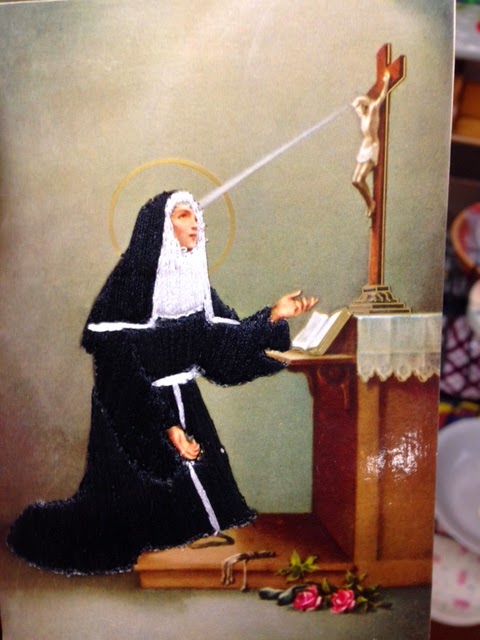