Jennifer was one half of the Two Fat Ladies, a popular cooking show here in Britain, and shockingly, because it happens so rarely, made it big in America. Their show focused on making the lardiest, most buttery deep fried dishes with complete disregard to health issues.

April 3rd (tomorrow) would have been Jennifer’s 73rd birthday, so I thought it was appropriate to post this. My buddy Ryan and I ventured out yesterday to take these pictures, because there has been a lot of requests for her. So here you go.

Jennifer, with her partner, the twenty years-younger Clarissa Dickson Wright, taped their last show at the Knowlsley Safari Park. A few weeks before, Jennifer was feeling sick and lost her appetite, which was “not like Jennifer. It’s absolutely terrifying. It just wasn’t apparent before then.” According to Clarissa. Jennifer was diagnosed with lung cancer. She was a chain smoker. 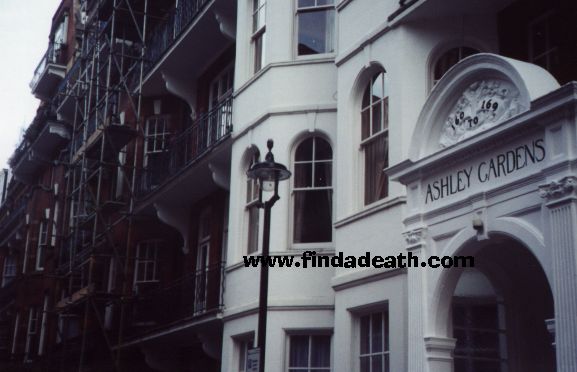 in London. Her apartment number was 180a. 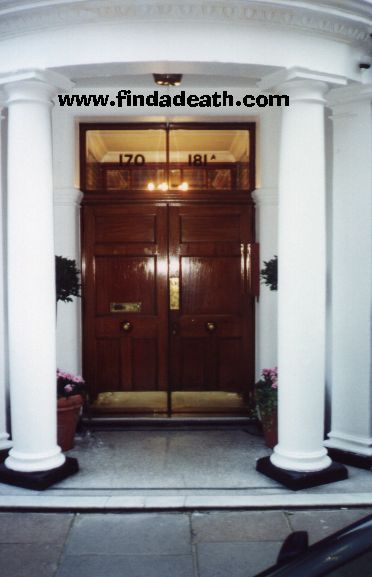 Notice the little motorbike parked outside. 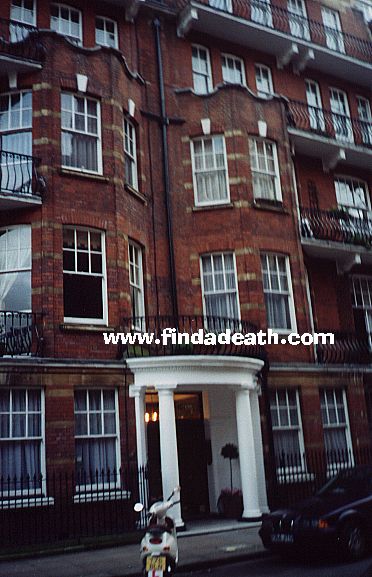 After she was diagnosed, she was taken to the Chelsea and Westminster hospital. I didn’t get pics of that, dammit. Completely forgot. Thankfully, Findadeath friend Paul Bishop did, and here we are. 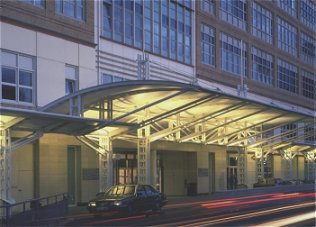 She was a serious boozer and kept smoking and drinking in hospital right up to the end (it’s terminal cancer – so why not?)….anyway a friend of hers phoned up to ask how she was and Jennifer nonchalantly replied  “I’m dying dear”.Thanks Tim.
Just before she died, her partner Clarissa went to visit, with a tin of caviar. Just before she left home, she got a phone call telling her that Jennifer had passed away. So, she ate it. “I didn’t get a chance to say goodbye, so I stayed at home and ate caviar in her memory.” Atta girl. It was Wednesday August 10, 1999. 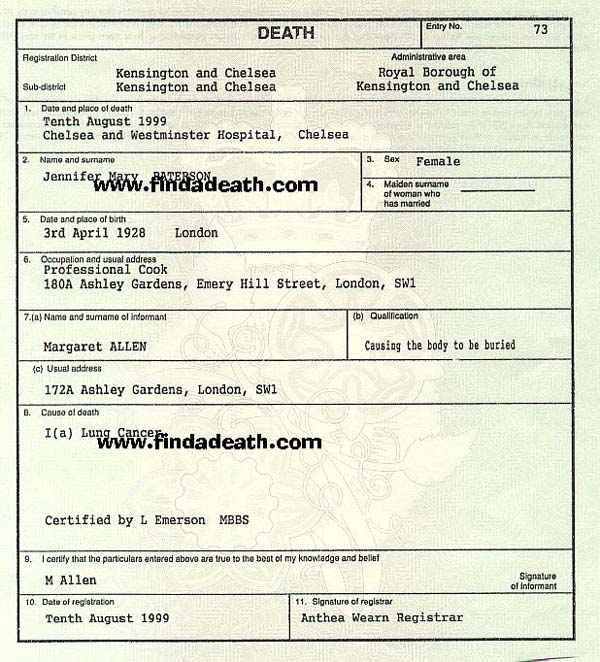 Her funeral was held at the Brompton Oratory. 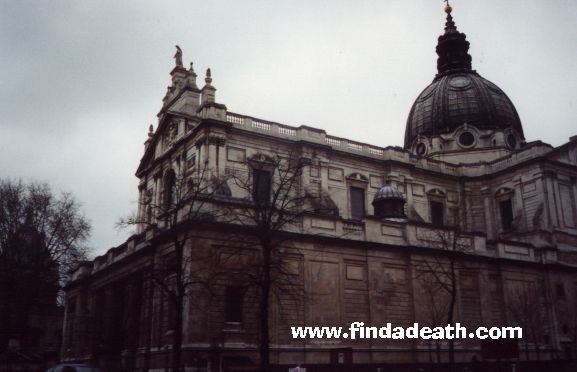 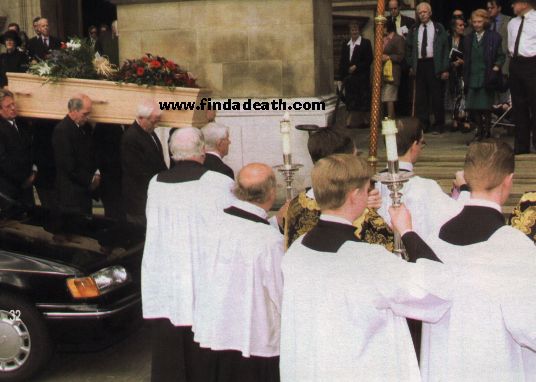 was carried through these doors, 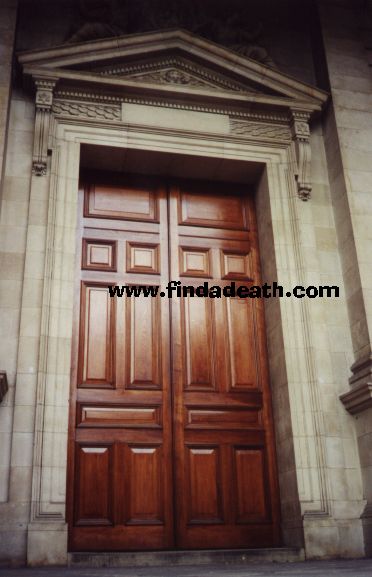 where 1000 family and friends attended her service. There was something going on in there yesterday, well it was Sunday, so I couldn’t take a photograph of the inside, but Ryan and I did light a candle for the old dear.

One of the floral tributes included a bottle of scotch, with a note that said, “Drink ’em dry up there.” Next to her casket was her motorcycle helmet. 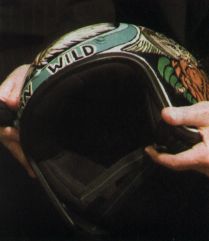 She is buried in Putney Vale Cemetery, in South London.  Thanks Chuck.

February 2002 Findadeath.com friend Paul Morton sends us this pic from London.  Thanks Paul.  Best to Nigel. It was a hoot hanging out with you at Hollywood Forever. 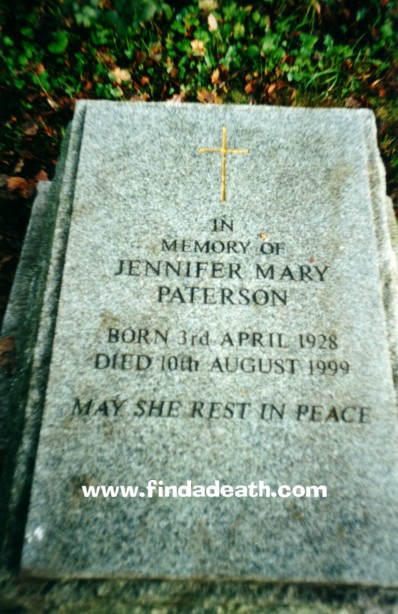 A cute story I heard about them: Regarding a meal in an Italian restaurant, Jennifer quipped to the waiter, “I asked for al-dente dear, not breaka-the-dente.” Recalling the same evening, Clarissa remembers, “The food was awful. They couldn’t even do simple pasta. At the end of the evening the owner tried to present Jennifer with a Ferrero Rocher, claiming “I made them myself.” Jennifer drew herself up to her full height and thundered, “Then they’re bound to be disgusting!”

My buddy Ryan read somewhere that Jennifer willed her motor scooter to a priest at the Oratory, and he kept it chained up outside the rectory. We searched the area, with no luck. Jennifer did leave the Oratory (about $400,000). Her will was written five days after entering the hospital.

It’s no secret that Jennifer was a tippler and Clarissa was a recovering alcoholic. Once I went to an awards ceremony, and the two of them were sitting at the table next to mine. They were up for an award, and when they lost, they spoke loudly of their displeasure, and left. Right in the middle of it. I thought that was great. How many other people wanted to do the same thing?! Balls of steel.

Findadeath.com friend Beca lets us know that Jennifer was in a film once, called What Rats Won’t Do.  Coolness Beca.  Thanks.

More:  Findadeath.com friend Jim Ed sends us this:  Jennifer’s original dream job was to be an actress. She was in the 1965 film “Fish and Millican” starring John Millican. I saw a very funny clip of the movie where a man (presumably Millican) throws a fish from a bridge – and it lands directly in Jennifer’s cleavage! She also worked for the hit TV series “Candid Camera” when it first debuted in the 1950s.

One thought on “Jennifer Paterson aka One Fat Lady”