I worked half my life to be an overnight success, and still it took me by surprise.

“She had a nut streak in her, but she also had some kind of energy force behind her eyes.—-It was like she put on her little custom suit, shot a beam across the room, and zapped you.”. That was the way a former co-worker described Jessica Savitch’s famous persona which captivated network news viewers in the late 70’s and early 80’s. She was a tough broad who had worked her ass off to reach the top of the heap and become an undisputed TV news superstar. Like many superstars, however, she also developed a
reputation as a fame-hungry, drug-addled hellcat, which makes her story just that much more compelling.

She was born Jessica Beth Savitch on February 1, 1947, the first of three daughters of David and Florence Goldberger Savitch. Her early years were spent in the picturesque country town of Kennet Square, PA. The house was located on Taylor Street. 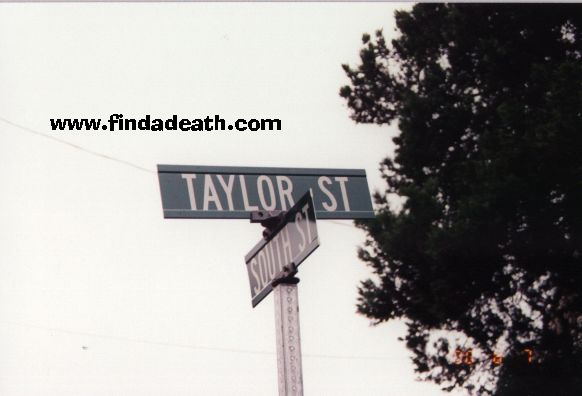 Here is the house today. 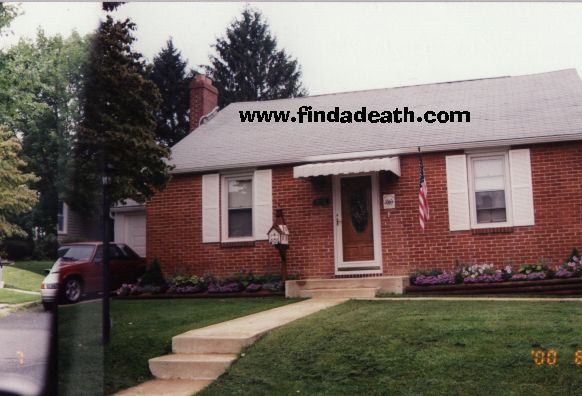 Her father supported his family (barely, by some accounts) running a men’s clothing store while Florence was a housewife. In 1959, when Jessica was 12, David Savitch died of kidney disease. Florence uprooted the girls and moved them all to the depressing New Jersey shore town of Margate (which is near the even more depressing dump, Atlantic City). Florence worked crappy jobs to keep the family together. Jessica supposedly would later recall what a traumatic comedown it was from their earlier life. While attending Atlantic City High School, Jessica met a local teen celebrity named Steve Berger who turned her on to broadcasting by giving her voice-over work on his show at the local, low-wattage radio station. Jessica eventually scored her own program called “Teen Corner” where she played music and discussed current news events. She went onto study communications at Ithaca College where her work in local broadcasting led to modeling jobs and TV commercials. Finally, in New York, Jessica met Joan Showalter, the legendary head of personnel at CBS, who took a liking to the young upstart, and got her a clerical job at the station, and led her eventually to her “big break” at KHOU-TV in Houston.

Now here’s where the superstar angle begins. While working as a reporter in Houston in the early 70s, Jessica was spotted by a TV news talent scout who recommended her to Philadelphia’s KYW-TV, which was looking for a fresh young face to compete with a rival station’s news team. 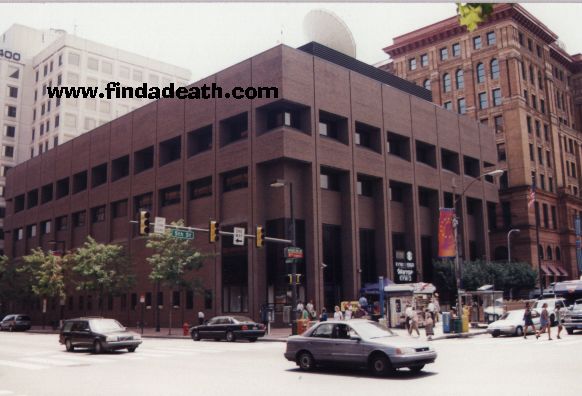 She left Houston (An up-and-coming Linda Ellerbee replaced her), took the Philadelphia job for a pittance and became an instant celebrity. She leveraged an extremely lucrative contract, got a makeover, moved into a ritzy apartment house on Washington Square and began hobnobbing with the Philadelphia elite. 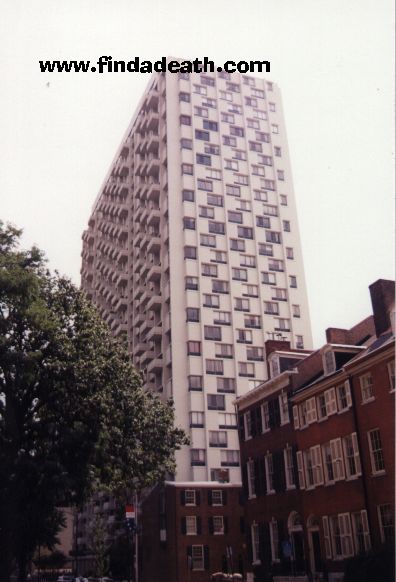 It was during KYW’s nationally aired Gerald Ford/Jimmy Carter debate (a real nail-biter, I’m sure) that Jessica first got national exposure, and within a year, she had the Senate beat for NBC news. Critics and old-school broadcasters were less than thrilled with the young and somewhat inexperienced anchor being appointment to this position, and she was
immediately trashed for what was seen as her lack of journalistic credentials (David Brinkley publicly called her “the dumbest woman I have ever met”). Viewers, however, loved her, and she ultimately became one of NBC’s prized anchors.

As her career skyrocketed however, her unstable personal life became increasingly messy. She continued her on again, off again affair with Ron Kershaw, a kooky TV reporter who reportedly gave her beatings that even NBC’s make-up artists couldn’t conceal. (Kershaw gave her a beautiful little husky named Chewy–the pup became her life’s companion and plays an interesting part in her death. Stay tuned). She married and divorced wealthy old geezer Mel Korn. She married Donald Payne, her troubled gynecologist (gyno to the Washington elite and an alleged “friend of Dorothy”), who hanged himself in the basement of her D.C. townhouse, allegedly with Chewy’s leash. There are numerous stories of her bizarre behavior on and off the set; screaming rants, cocaine binges, promiscuous weekends–all the usual trappings of a celebrity on the skids. By 1983 Connie Chung had replaced her on the Saturday edition of NBC Nightly News, and “Frontline” had nearly eliminated her on-screen appearances. Three weeks before her death she delivered a mysteriously slurred and bizarre “NBC News Digest” newsbreak, and was nationally humiliated. It would be the biggest, and last disaster of her professional life.  You can probably do a quick youtube search and find it.

On the evening of Sunday, October 23, 1983, Jessica had a date with Martin Fischbein, Vice President of the New York Post. They drove from her apartment in New York City to New Hope PA, a small, historical/artsy village near Philadelphia. They dined at Chez Odette, now just called Odette’s. 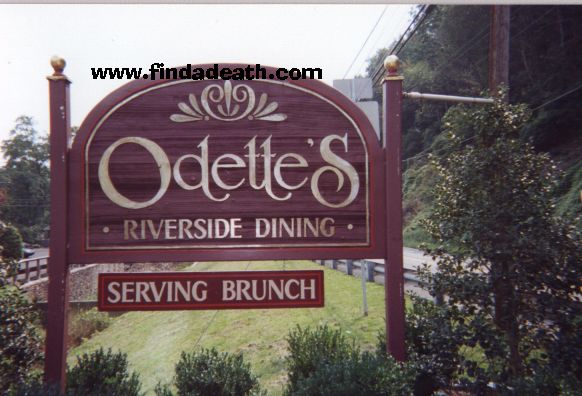 Here is the restaurant today. 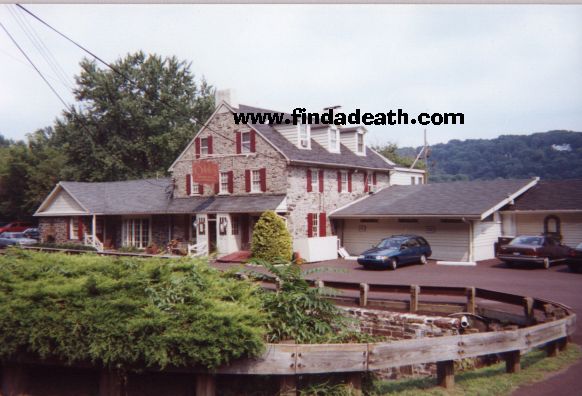 About 7:15 they left the parking lot, coming toward the camera in this picture, with Fischbein behind the wheel and Jessica in the back seat with Chewy. 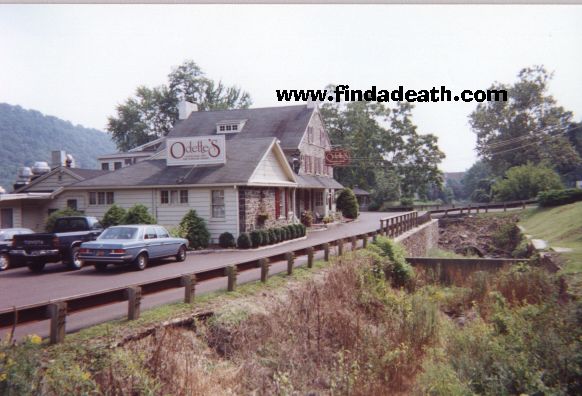 Either ignoring or not seeing the “No Vehicles” signs in the pouring rain, Fischbein drove out the wrong exit 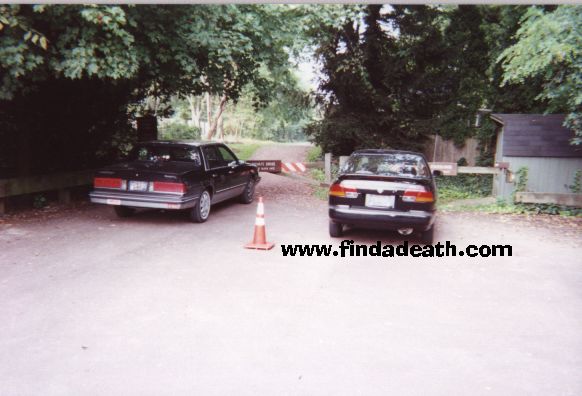 and up the towpath of the old Delaware Canal. 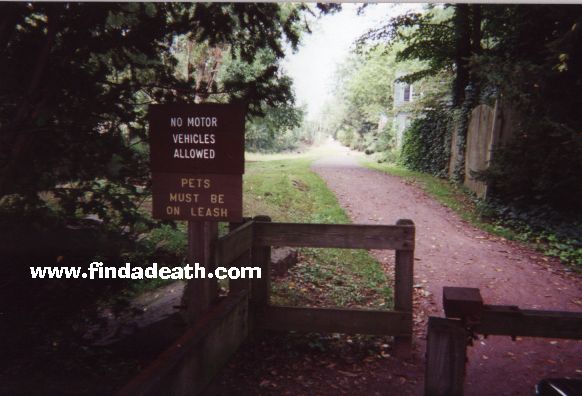 He veered too far to the left and the car went over the edge into the shallow water. 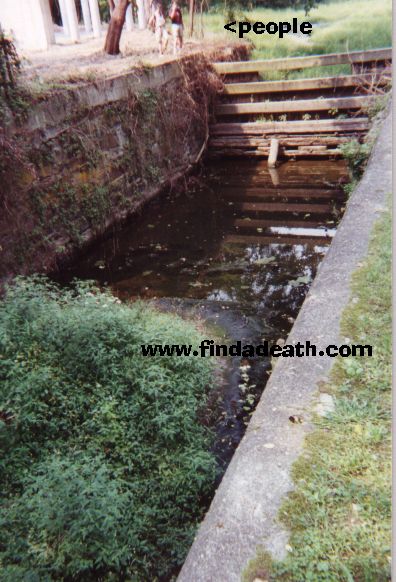 The station wagon fell about 15 feet and landed upside-down, sinking into deep mud which sealed the doors shut, trapping the occupants inside as the water poured in.

The wreck was discovered by a local resident at about 11:30 that night. Rescuers found Fischbein’s body still strapped behind the wheel, and Jessica and Chewy’s in the rear. The bodies were taken to Doylestown Hospital for autopsies. The Bucks County coroner later ruled that both had died asphyxiation (by drowning). He noted that Fischbein was apparently knocked unconscious in the wreck but Jessica was not, and had struggled to escape. Ironically, there were no signs that drugs or alcohol played a role in the crash, it was just some dumb accident. Now here’s an odd twist reported in a couple of biographies: Upon hearing about the crash, (alleged) Jessica-beater Ron Kershaw went immediately to the accident scene. Jessica and Fischbein’s bodies had been removed, but Kershaw found Chewy’s body lying on some debris by the side of the canal.  Apparently the rescue workers had just dumped it there. Somewhere it said that they mistook the dog’s body for a fur coat and discarded it by mistake, but I find that hard to believe.

News of her death reached the wire services at NBC by 1 a.m. the next morning, but was soon eclipsed by reports of the deaths of hundreds of marines in the Lebanese Marine barracks bombing, and also by the U.S. invasion of Granada. She died on a busy news day.

Jessica’s Memorial service was conducted at the Roth Memorial Chapel in the bleak hellhole of Atlantic City. Her old broadcast colleague, Mort Crim, read the eulogy to the 25 or so who attended. Jessica and Chewy had been cremated together, and their ashes were scattered in the stormy Atlantic surf.

Epilogue: Her estate sued a bunch of different people for wrongful death and received an award of over $8 million–the largest settlement ever for a woman. Some of the money was used to set up college scholarships. She also had a cheesy Lifetime movie made about her starring the acclaimed talents of Ron Silver and Sela Ward. There was a marginally better Michelle Pfeiffer film called “Up Close and Personal” which was loosely based on Jessica’s story.

Trivia: In the early 70’s, Jessica reportedly had a red-hot romance with Ed Bradley of 60 minutes.

More:  Here is an historical marker near the accident site.  Read.  Learn. 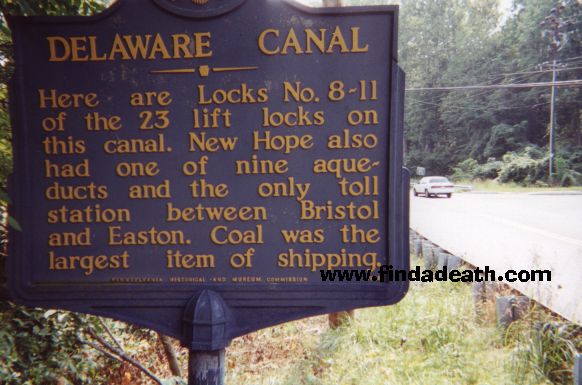 MORE!  October 28, 2000: “I think that Jessica died in a Oldsmobile Cutlass Cruiser Wagon, I remember seeing it in photos years ago when she was killed. Just some trivia from a “car guy”.   Thanks, Andrew!”

And even more – December 10, 2000: She spoke at the 1982 graduation ceremony at Dundee Community High School (Carpentersville, Ill-Annoy. It closed the following year). She barely made any sense, she was rattling something convoluted about economics. I think the only one who wondered if she was high was me (the rest of thestudent body was pretty sheltered. It was a small town). Don’t do drugs, kiddies. Liz Outlaw  (thanks Liz!)