When I die, I want people to play my music, go wild, and freak out an’ do anything they wanna do.

This musical genius died at 27 years old, leaving behind only 4 completed albums.

Although he was staying in a London hotel at the time, on September 18th, 1970, Jimi was sleeping in his girlfriend Monika Danneman’s flat, in Lansdowne Crescent, Notting Hill, London. 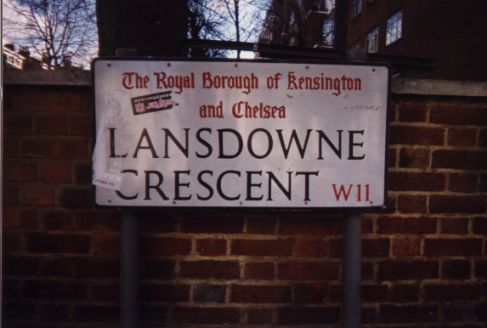 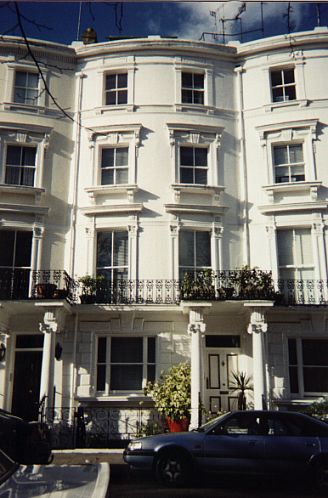 She left for cigarettes around 10:20, came back and saw him covered in vomit.  She could not wake him.  Monika called Jimi’s good friend Eric Burdon and explains that she could not wake Jimi up, and he’s covered in puke.  Eric shouted into the phone, “CALL THE FUCKING AMBULANCE!”  Monika wasn’t sure she should, because Jimi might get mad about the scandal.  Burdon repeated his order.  The ambulance attendants arrived about 20 minutes later, wrapped him up, and carried Jimi up from the garden apartment. 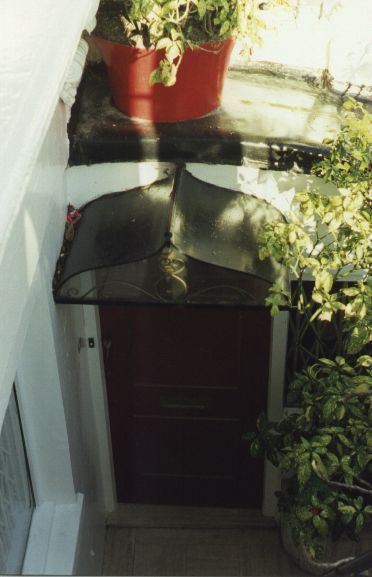 The following is and excerpt from David Henderson’s Scuse Me While I Kiss The Sky:

“Instead of laying him down in the ambulance, they sat him in a chair and strapped him upright.  He tried to bend over so he could vomit, but one of the attendants quickly pushed his head back and strapped him in tighter.  Jimi’s head lolled back as the ambulance driver took off.  The speeding ambulance pressed his body back in the chair and made it even more difficult for him to get his head down.  He felt bile and vomit near his Adam’s apple.  Jimi was unable to speak.  Even if he could, the ball of vomit in his throat prevented him.  The vomit massed in his vocal chords.  His lungs became congested.  His heart began to pump harder, and the right ventricle dilated.  Fluid began to seep into his lungs.  He was rushed from the ambulance into St. Mary Abbots Hospital. 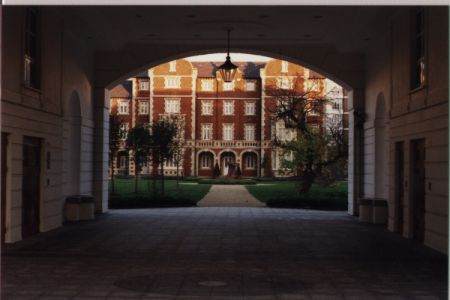 The doctors work on him for over an hour, to no avail.” 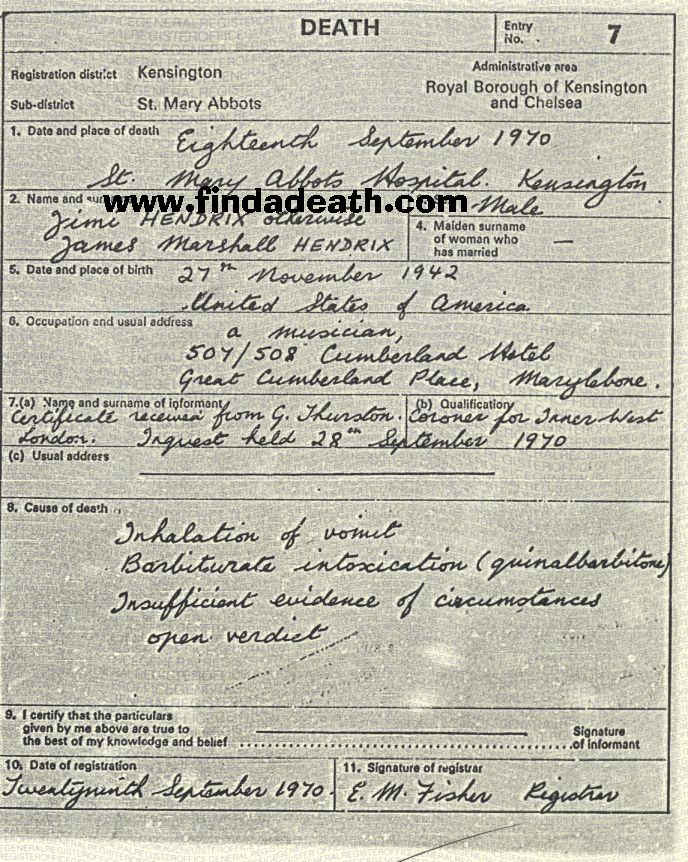 Jimi was buried on October 1st, in Greenwood Memorial Cemetery, outside Seattle, Washington.

Hendrix was the first rock star to be awarded an English Heritage plaque. 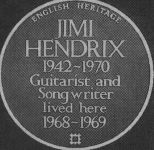 It was erected on September 15th, 1997, at 14 Brook Street, Mayfair.  This is the flat he lived in with a different girlfriend, Kathy Etchingham.  Unveiled by Pete Townshend (huh?  I said Pete Townshend), Dave Gilmour of Pink Floyd, and Ray Davies of the Kinks, Jeff Beck and Jimmy Page.

Now here comes the bizarre part.  The two ex loves of Mr. Hendrix, Kathy Etchingham and Monika Danneman, had a “war of the words” going on.  Kathy accused Monika of not calling the ambulance for hours.  Monika called Kathy a liar and a cheat, and that Kathy told Jimi she would leave her husband, if he would take her back.  Kathy sued for libel, and won.  The deal was £1000 fine, and an agreement never to repeat the allegation.  Well, Monika DID repeat it in her book.  In 1996, Kathy sued and won again.  Monika walked away from this one with a £30,000 fine.  Get this, two days later she sucks the exhaust pipe of her Mercedes, and gasses herself to death.

In 1995, Jimi’s case was reopened, and Monika was cleared of any blame.

Thank you to Findadeath.com friend RM for the following information:  up in the Capitol Hill District of Seattle is a really nice statue of Jimi sitting in the middle of the sidewalk on Broadway.

They are getting ready to build some kind of monument at the Greenwood Cemetery (a flat, non-inspiring, no headstones allowed, cemetery) where Jimi is buried. I’ve been there and seen the usual smashed beer can,  peace symbols, and my favorite, an M16’s empty bullet casing lying around his nameplate.

Also, thanks again to Findadeath.com friend Bob Siler for this info:
“Did you know that Jimi’s father, Al, has a museum in his home in Seattle that pays tribute to his son and that if you call him and let him know that you’ll be in the area, he’ll give you a tour for free? His number is listed in the Seattle phone book.”  Great stuff Bob.  Thanks!

January 2008 Findadeath friend Gregg Thomas sends us this:  Did you know his boyhood home 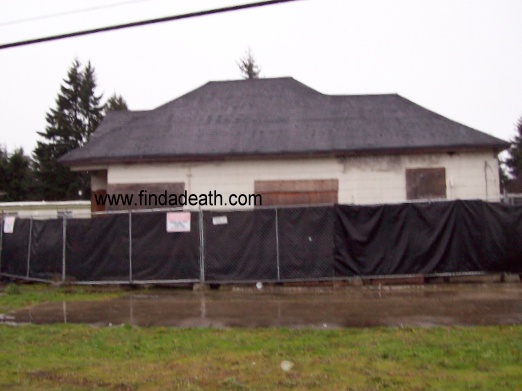 is right across the street from the cemetery? 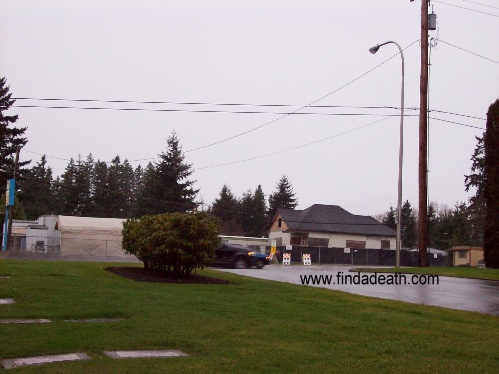 Apparently nobody knows what to do with it.  It was moved there.  I am sure it would have been torn down years ago if it weren’t for its heritage, but it is not much to look at.  Sure is, Gregg, and thanks!

Trivia: His mother was a full-blooded Cherokee Indian.

He went to (and dropped out of — as a sophomore, i believe) Garfield high school. It’s in central district, which is a somewhat slummy neighborhood. He also spent his young life moving around central district.

Well, I go to Garfield and there’s two spots of interest in the school — there’s a bronze bust him in the library, which is sad because the only famous person from the school actually dropped out of. the more interesting (and more debated) is on locker on the third floor, which is painted a different color and is rumored that was his when he attended, and then someone painted it to memorialize it.

Thanks for the info.  Send a pic of the locker!!