Would you mind pulling your coat down, just a trifle?

Johnny was the queeny actor who took a hit for the gays. Sort of the gay “stepenfetchit.”

When I started the Dearly Departed Weekends, the ultimate goal was to rais funds for a grave marker. My pal Mark Langlois brought Arthur to my attention. Johnny died in the Motion Picture Country Home. His death certificate lists this hotel in Hollywood as his official address at the time of his death. 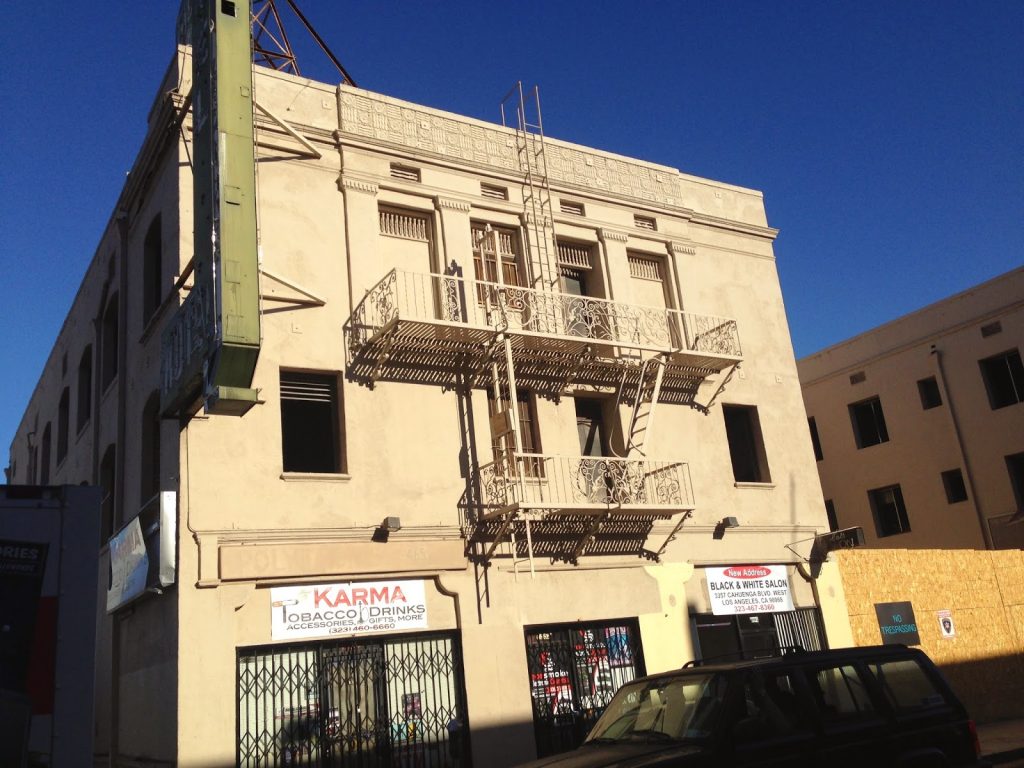 Johnny did die on New Year’s Eve (as Mark said: like a queen, keeping it tidy!) at the Motion Picture Country Home in Woodland Hills. It’s sort of a home/long term assisted living facility for people in the biz. 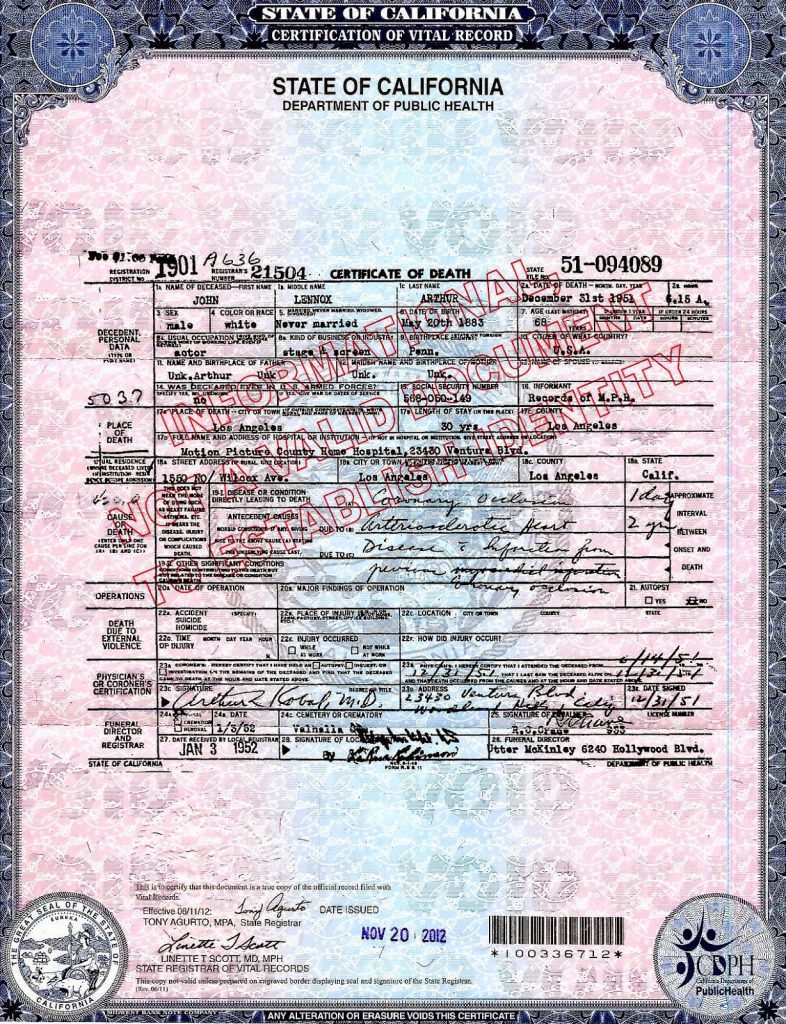 The Motion Picture Fund will provide a grave for these people. They own a huger portion of Valhalla Cemetery in North Hollywood. Thing is, they won’t mark them. So with the proceeds of the raffle at our Dearly Departed Weekend, we bought Johnny a headstone.

Here is the unveiling.

Rest in Peace, Johnny. You were a lot of people’s first exposure to non-macho men. Even though you were usually the subject of mockery and physical abuse, you paved the way for a lot of people.

Rest in Peace. You deserve it. 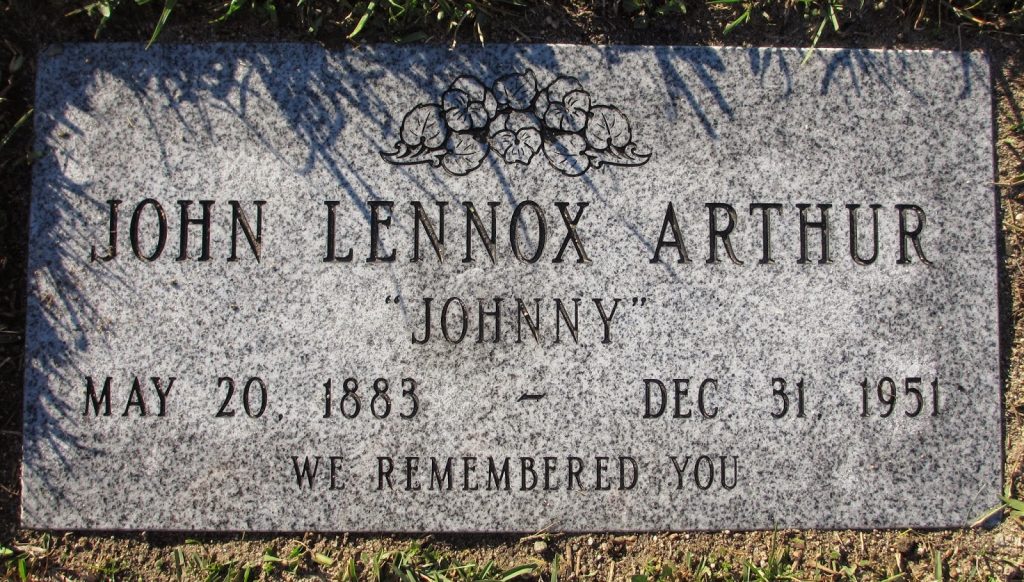 After the unveiling, we had another “alternative ending” unveiling. Watch the entire video above to see it. 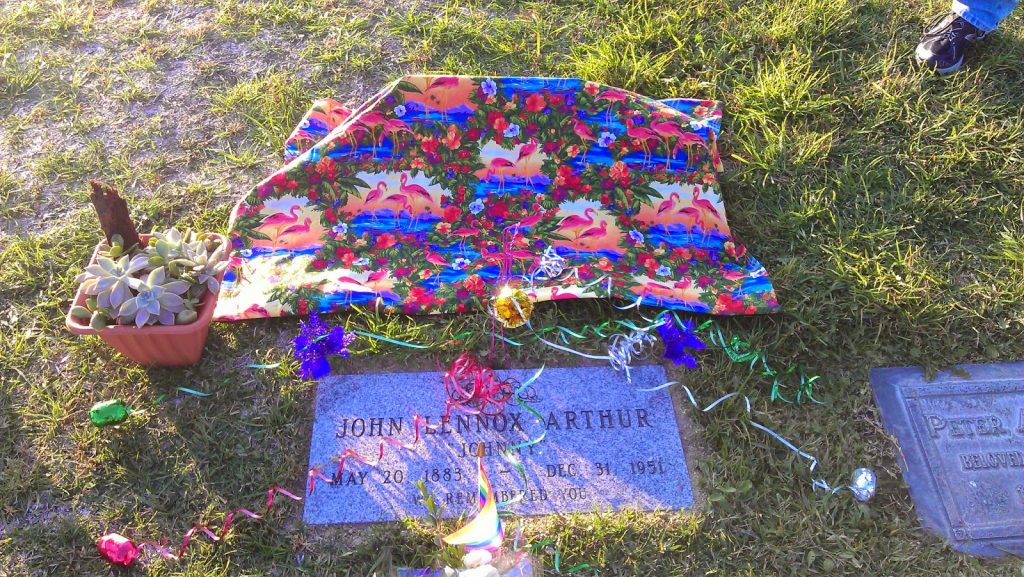