For those who are claiming I have misspelled his name, I would like to share a scan of his toe tag with you. The Los Angeles County Coroner has confirmed with me that, “The name on the toe tag was taken from the initial report by the law enforcement agency.  He was later positively identified by his CA driver’s license and his full name and correct spelling was entered into the Coroner database.  We strive to have correct information on all cases, but sometimes by the time we have the real deal, we have already printed documents that become the permanent record.”  With that in mind, his name is now corrected.

Many thanks to our friends at Celebrity Collectables, who provided the autopsy report for this story.  Thanks Ted, you guys are too generous to us.

On Wednesday the 12th of November 2003, a kid by the name of Jonathan Brandis killed himself. He never made a huge impression on the entertainment world – (I’ve since been corrected, apparently he was hugely famous and got loads of fan mail.). I only know him coz he was the kid that stuttered in the scary clown TV movie, IT. 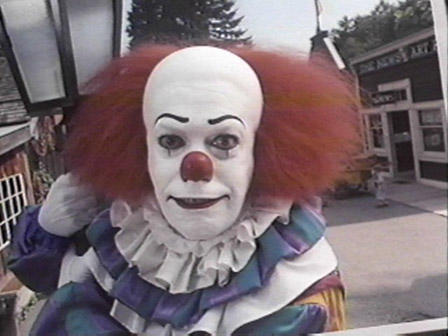 He did several other things, which you can see here.

For some reason his death really struck a chord with a lot of people. I’ve never received more email after a celebrity death. My theory is that since he was so young (27) that a lot of people around that age or younger are just now dealing with thoughts of their own mortality. At least that’s all I can come up with. I remember the first time someone I knew was killed, I walked around like a zombie for about a month. Weird how things affect.

He lived in a cool old apartment building just off Wilshire Boulevard, 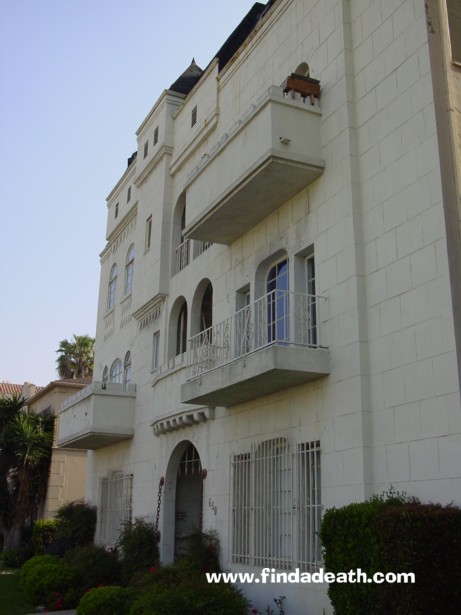 that had a front door that looked like a drawbridge. 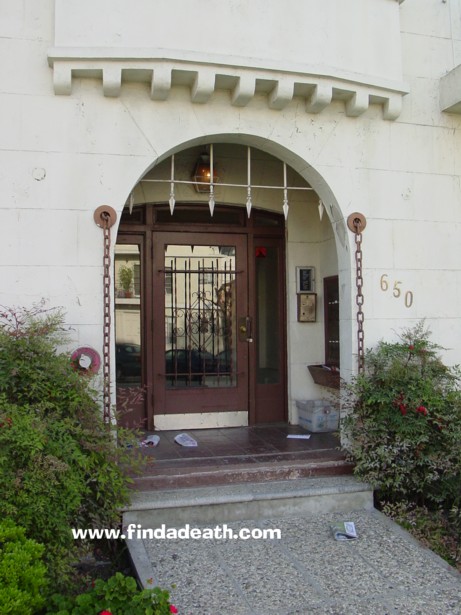 To visit him, no doubt you rang this doorbell. 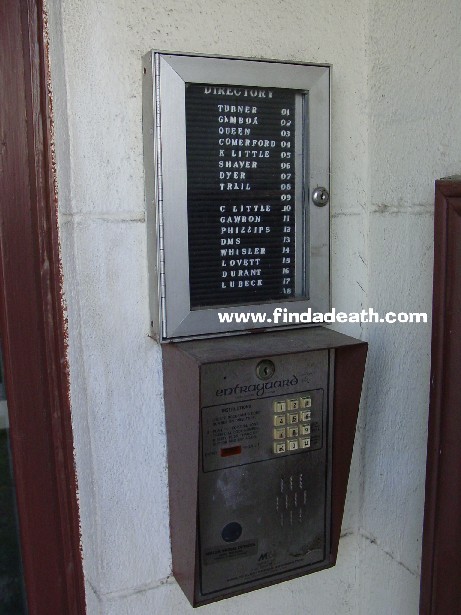 He lived on the second floor. 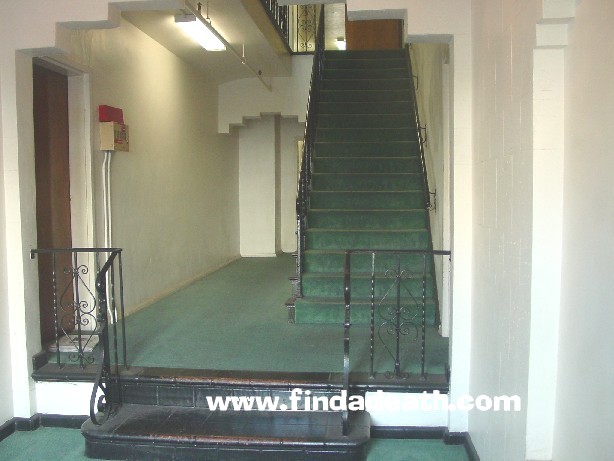 So Brandis… I guess he was having a bad life, certainly a bad day. According to his mom he went out to dinner with friends, then they went back to his apartment. His friends reported that he seemed to be agitated, and pacing around quite a bit. He left the room, and about 15 minutes later one of his friends went looking for him, and found him. He was hanging by a nylon rope, in the second floor hallway of this building. His friends cut him down, and called paramedics. Despite efforts, he was pronounced dead at Cedars Sinai Medical Center, 2:44pm.

Kevin Hassell comes thru and provides us with Brandis’ Death Certificate.  Thank you Kevin! 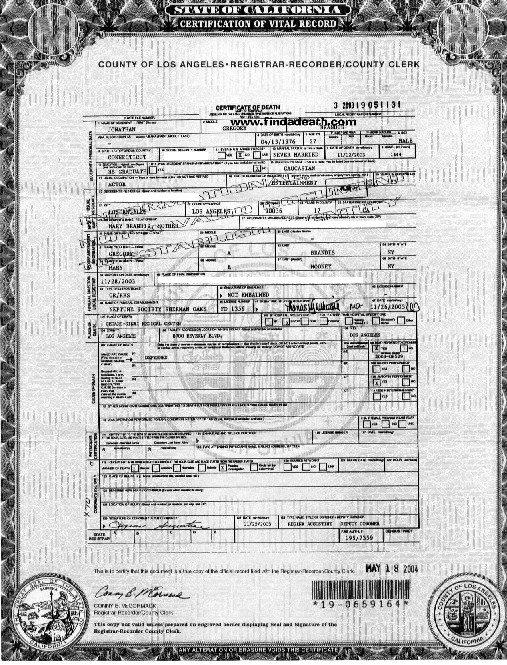 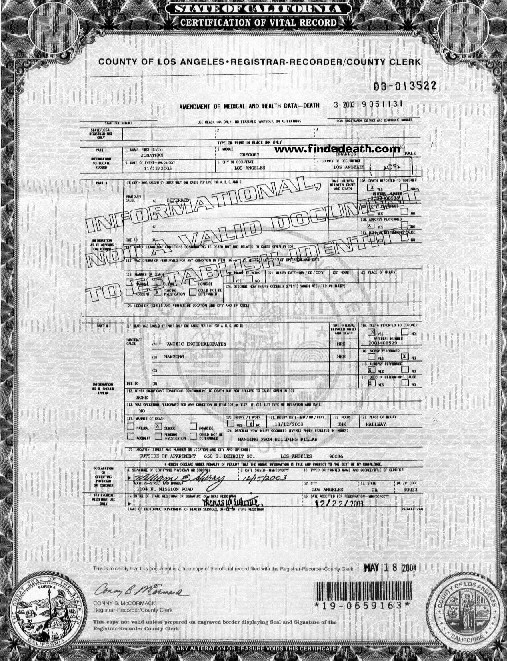 He was wearing a pair of Diesel Jeans, white-blue-green and red Tommy boxers, and white socks.

Background: according to his mother, he had no prior suicide attempts, drank socially, quit smoking over two years prior, and did not abuse drugs. There were no personal problems, except for the fact that he could be quite hard on himself. Somewhere, something was definitely wrong.

The paramedics claimed to smell alcohol in his vomit, but forensics found that there were no drugs at all, and only .03% alcohol. So he was in clear thought when he offed himself. He must have been one sad individual.

He was cremated, and given to his family.  There was a vacancy the day I was there. 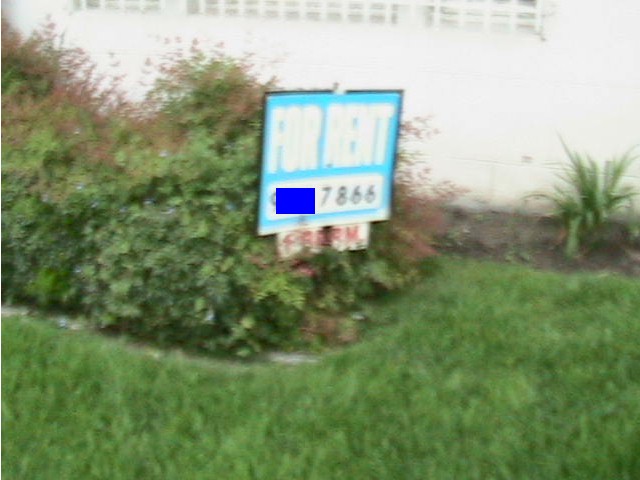 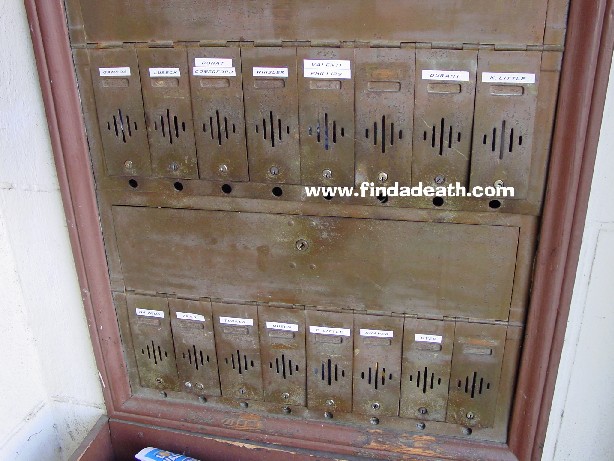 A few weeks ago, I went out on my Sunday morning bike ride to take photographs for Findadeath. See? My devotion never ends. Well, I completely blame Ashton Kutcher  for breaking my camera when it jumped out of my hands to photograph his dumb restaurant that day.  I took photographs for this story, but none came out – so I had to wait until today to take replacement pictures.  But before I screwed up my camera, I managed a few pictures of the La Brea tar pits, 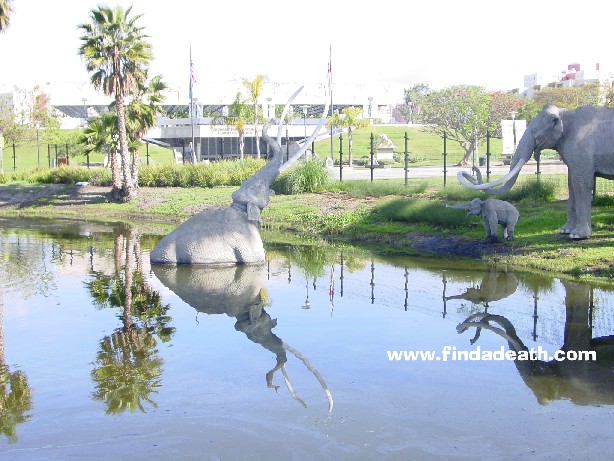 which are really impressive. 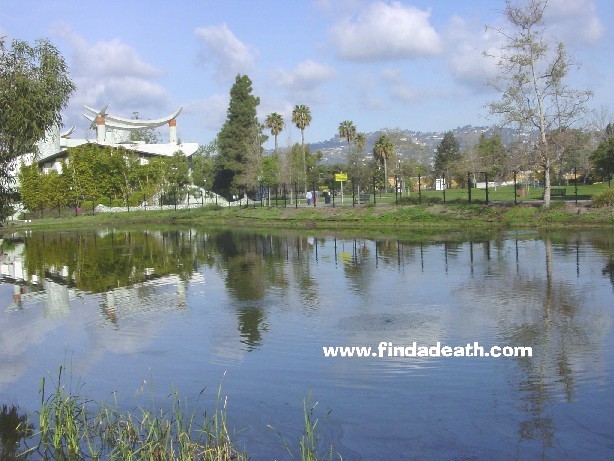 In fact, I was sorta surprised to see real tar seeping out of the sidewalks. 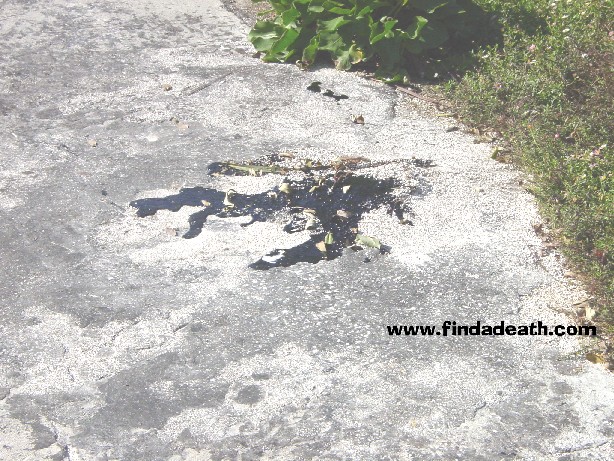 Learn something new every day.