For someone buried here in 1901, $5 went into a perpetual care fund. Now you tell me, how much income can you get from $5? But we still have to take care of that grave. We do the best we can with what we’ve got.

Roth was a thief, Roth was an ex con, Roth ran Hollywood Memorial Park – where I will spend eternity.  Roth was not a nice person.

My pal Harry sends:  In 1937, he was released from San Quentin after serving five years for grand theft and securities fraud (he stole money from old people), the 36-year-old Roth arrived at the cemetery, probably to visit his parents, who are entombed there. 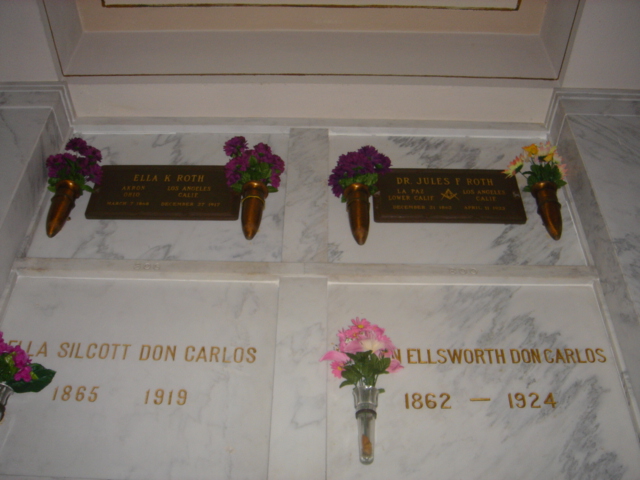 Within two years, he had bought out enough of the cemetery’s investors to control the place.

Roth was a character right out of a Hollywood screenplay, good looking, smart dresser, and while running the bone yard, he stole millions of dollars from it.  He bought a yacht under the ruse that the cemetery would use it to scatter cremains.  He sold off a huge amount of property in front of the cemetery, which is now a strip mall, 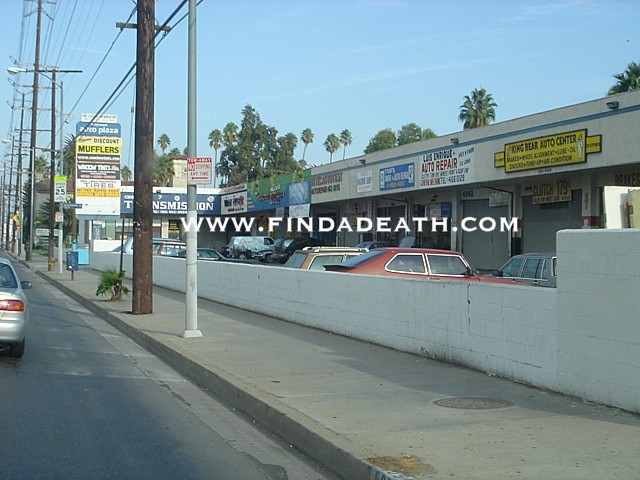 and bought himself a pretty house in the hills with the dosh. 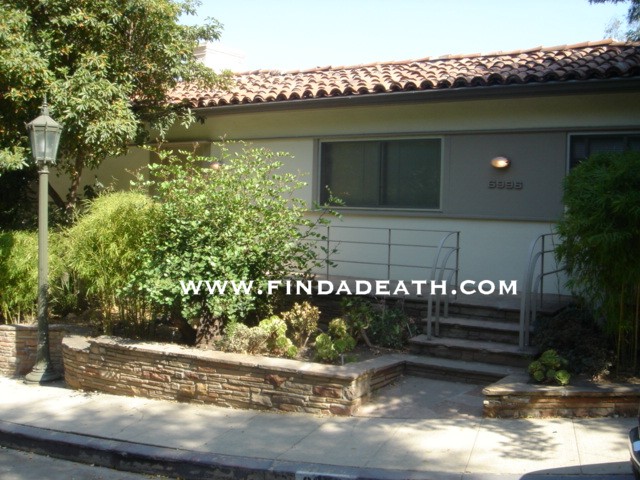 I remember visiting the cemetery back during Roth’s reign (around ’88).  This was way back when no one knew that other people were in to this stuff.  They gave away these green maps, which are now archaic. 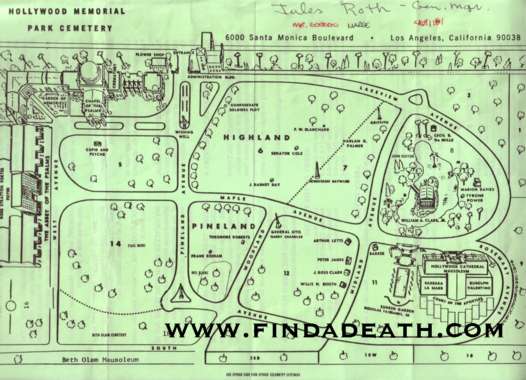 The bitter frazzled woman that worked there (with a full ashtray on her desk) wrote Roth’s name on that map for me, for some reason.  Weird.

The real joke was that during his reign, the ads for the place advertised “an immense Perpetual Care Fund absolutely insures the upkeep of all grounds, buildings and other  facilities down through the years, to the end of time.”  What a joke. 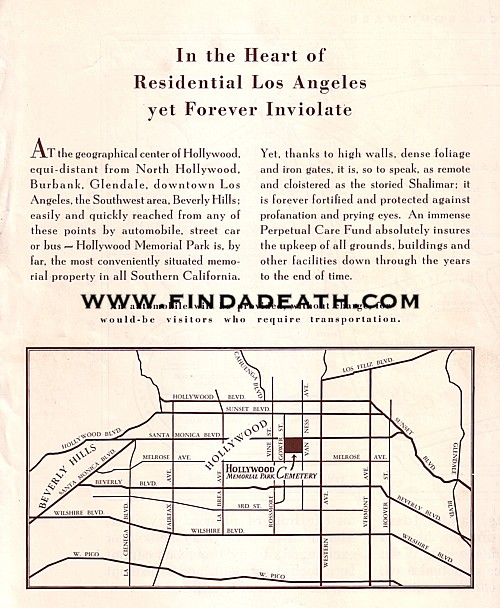 After the Northridge earthquake – well, all they forgot to do was flush.  Mausoleums were shut for years, the crypts were falling apart, and “repaired” with plywood.  Sad. 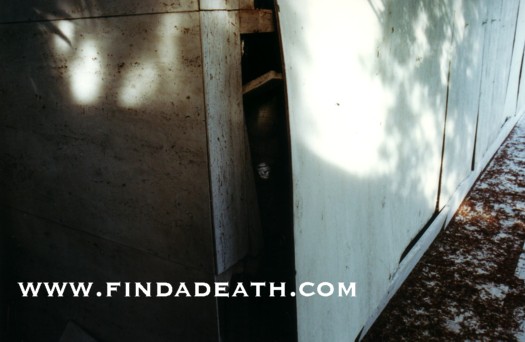 I remember when I first took over Grave Line, and there was a previous arrangement made with the cemetery and us, to take a group of contest winners to the cemetery for a tour and a picnic.  We arrived, Roth threw a fit and refused to let us in because they were a classy joint.  So as a compromise, they let us eat our lunches out back, 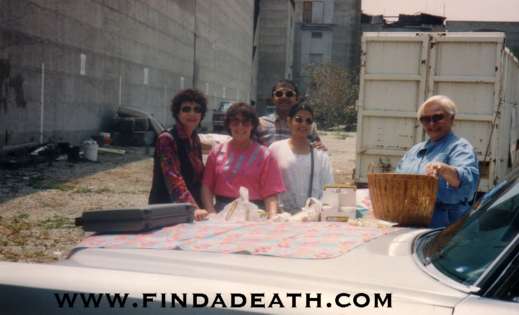 behind the Abbey of the Psalms, next to a busted old casket (with toe tag) they exhumed someone from. 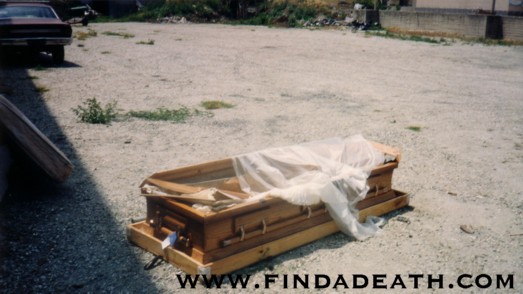 I take pictures of everything, and am glad I did.  Pretty impressed with myself that I managed to find them tonight too.  So there.

This information from Funeral Wire: The extent of Roth’s financial sleights-of-hand may never be known; it wasn’t until the 1980s that officials charged with keeping an eye on cemeteries began raising questions. He was being investigated by the city state’s attorney when he died in January 1998.

State regulators had seized the cemetery three years earlier, but by then the damage had been done. Interments at Hollywood Memorial had fallen to as few as 60 a year. Relatives of many of the directory, outraged by tales of vandalism and all-night beer parties on the grounds, demanded that their loved ones be moved to other cemeteries. (In one instance, a woman’s decomposed head, stolen from a mausoleum, was found under a parked car.) Some years, the cemetery made more money disinterring people than burying them.

When the old goat finally bit it, he was 98 years old.  He died of hypothermia, brought on by a month of pneumonia. Ding Dong. 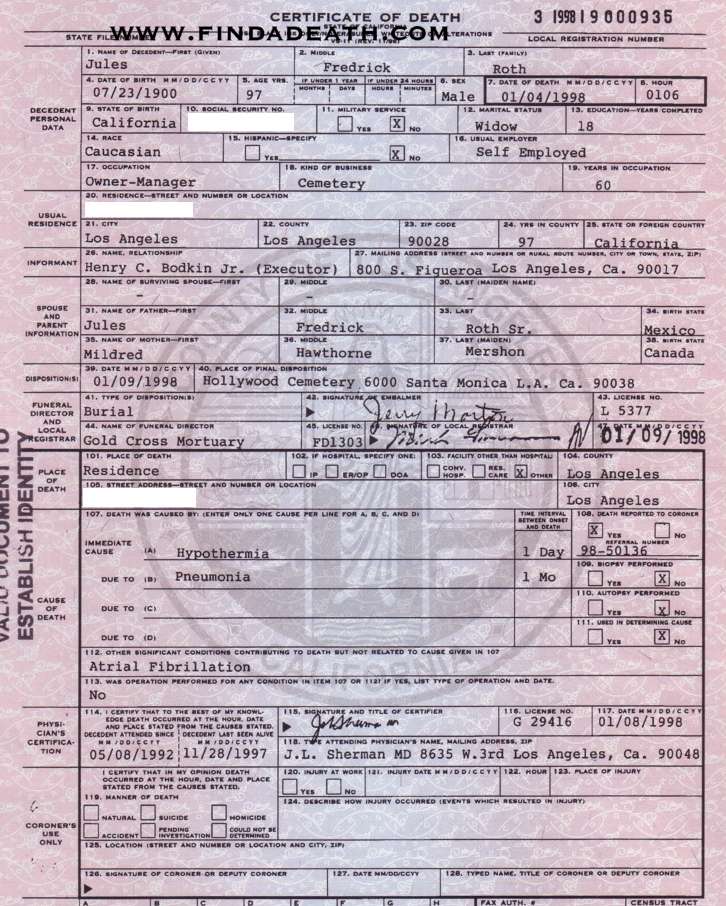 He was embalmed (according to the embalmer, he was as hard a rock, as in over done like a bad boob job) and put in a crypt in the Cathedral Mausoleum, just below his parents. 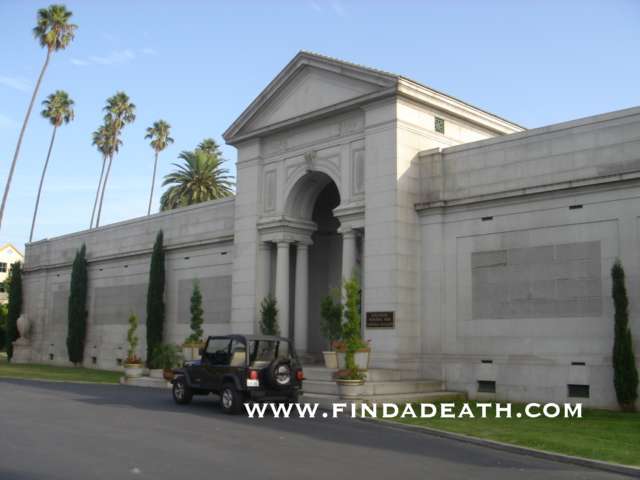 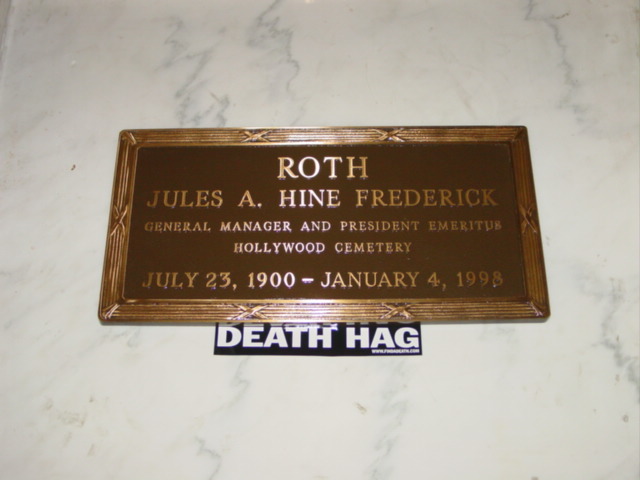 The Cemetery entrance has changed a bit over the years.  See how much. 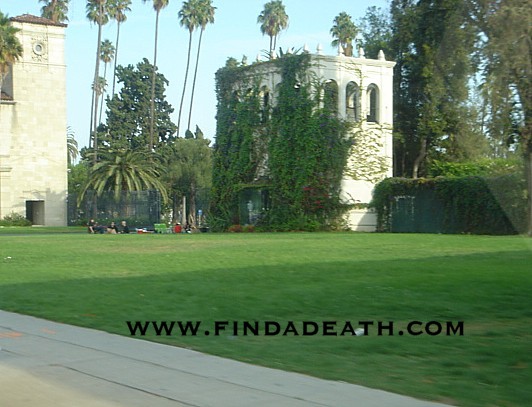 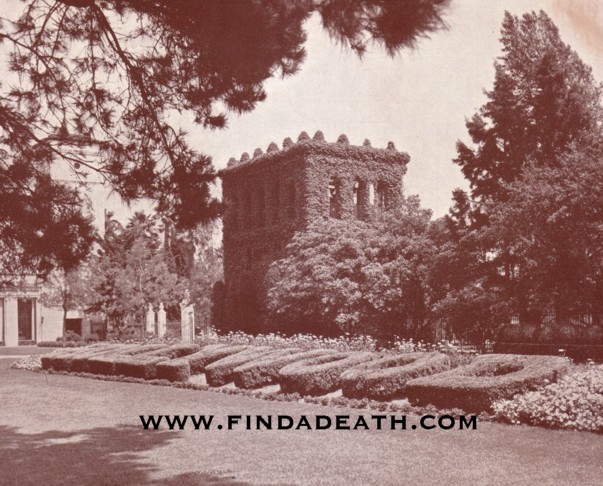 Trivia: Roth was so vain, he commissioned a bronze sculpture of himself which is now in Tyler Cassity’s office, the head guy (grrrr) at what is now renamed Hollywood Forever Cemetery. 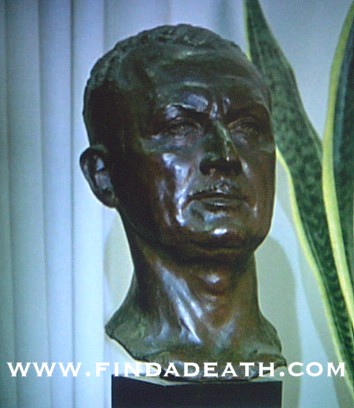 They made a documentary about the cemetery called The Young and the Dead.  A great film about the history of the cemetery, and Roth’s reign.  The Cassity Family took over, and tried to right some of the wrongs that Roth was guilty of, including honoring Hattie McDaniel properly.  This film is an fascinating Hollywood story. You couldn’t make it up.

Trivia:  Now they show movies in the Cemetery on Saturdays during the summer.  Line up in front, 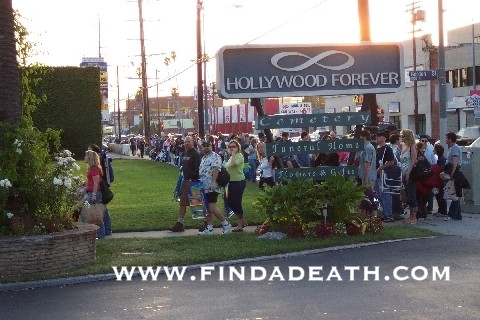 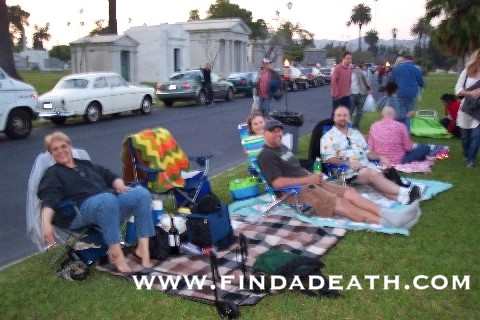 and you’re all set.

Thanks Lisa for the pics. 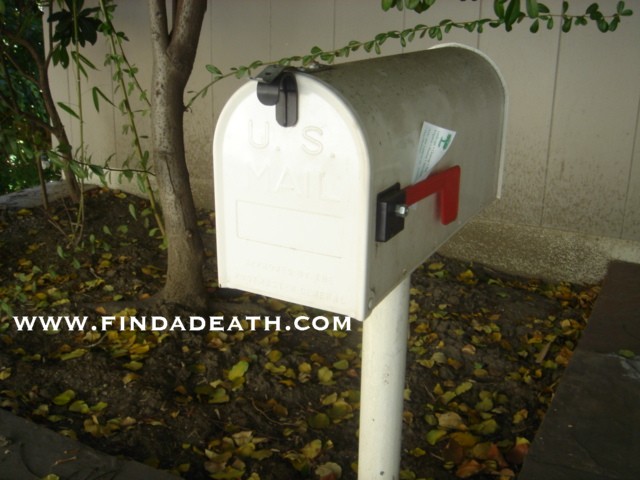