I am somebody who is around to help the world laugh…corny, but absolutely true.

Kathleen Freeman appeared in hundreds of films and television roles (usually as a perturbed nurse, maid, teacher or landlady) in an incredible career that spanned more than 50 years. Despite this body of work, she was never a household name. Freeman told the press that she was once approached by a fan who said to her, “I do not know who you are or what you did, but you were wonderful!” Freeman reportedly roared with laughter.

Born in Chicago to a pair of vaudevillians: Jessica Dixon & Frank Freeman, Kathleen performed in her parents’ act from age 2 to 10. She later attended UCLA studying piano and composition, but after getting laughs in a play, switched to acting. After college, Kathleen and friends formed their own theatre company: Circle Players, where she was spotted by talent scouts and got her first film role in 1948.

In films, she played vocal coach Phoebe Dinsmore in Singin’ in the Rain, Emma the cook in the horror classic The Fly, and was Jerry Lewis’s battle-axe stooge in ten of his film comedies. She also played the ruler wielding Sister Mary Stigmata (The Penguin) in The Blues Brothers Movie. Did nuns wearing wedding bands freak you out as much as it did me? 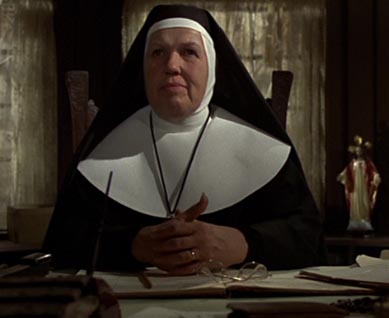 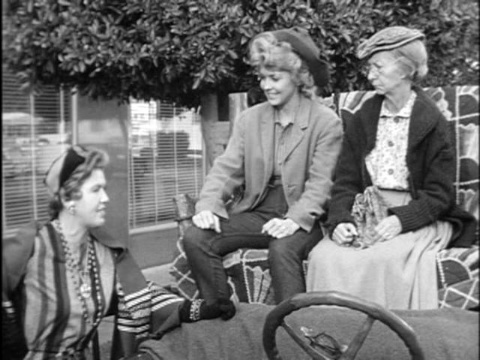 Kathleen Freeman lived in this home on a this street in Van Nuys. 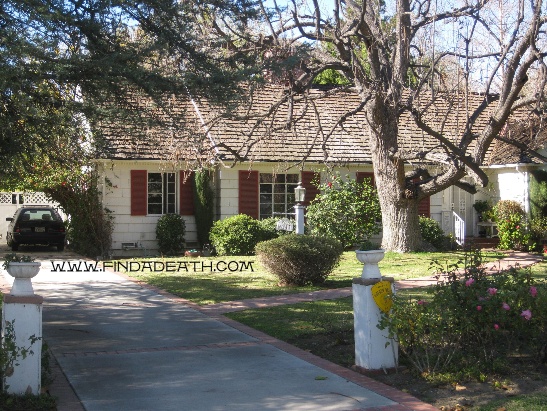 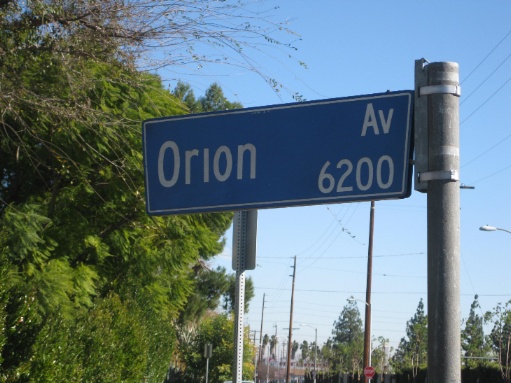 A friend of Kathleen’s, actress Karen Needle, shared her memories of Ms. Freeman with me:
“She had a gazebo in the back yard. She loved her animals, and had a big turtle that she loved that ran away. She had great Christmas and Fourth of July parties and they were always catered. I remember the baked brie. yum. She always loved Jerry Lewis and was still friends with him I believe. Kathleen was a practitioner of Religious Science International. She was very spiritual and positive.”

In her last years, Kathleen stayed busy with acting jobs, including voice roles in cartoons and NPR radio plays. She also taught acting workshops and performed in a 1999 solo show about her life in showbiz titled Are you Somebody? at Stella Adler Theatre, 6773 Hollywood Blvd.

Then in her final year, along came The Full Monty – Broadway Musical. Kathleen got the role of “Jeanette” – the wise-cracking rehearsal pianist to the amateur strippers. The show opened October 26, 2000 as an unabashed hit. Kathleen received big laughs and ovations. Suddenly people wanted her autograph each and every night outside the Eugene O’Neill Theatre. 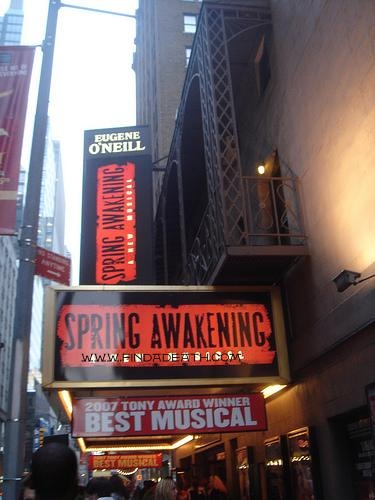 Along with her cast mates, Kathleen recorded her show-stopper called “Jeanette’s Showbiz Number” on the Original Cast Recording. Kathleen was honored with a caricature on the wall at Sardi’s, and nominated for a Tony, Drama Desk, and Theatre World Award – winning the latter. 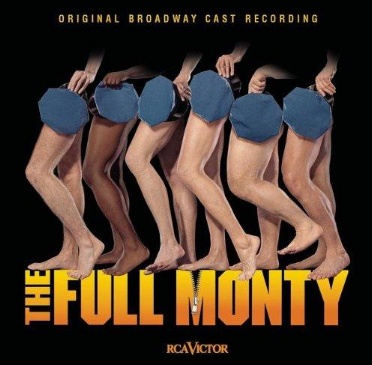 Three months into the show’s run, Kathleen found out she had lung cancer. She underwent morning radiation therapy for six months, a detail which she kept from her cast mates. She continued to do seven shows a week, sleeping and resting all day for each night’s performance.
By the Summer of 2001, Kathleen was facing the end. She managed to make it through the two Saturday shows on August 18, 2001, but was too weak for more. She went to Lenox Hill Hospital. 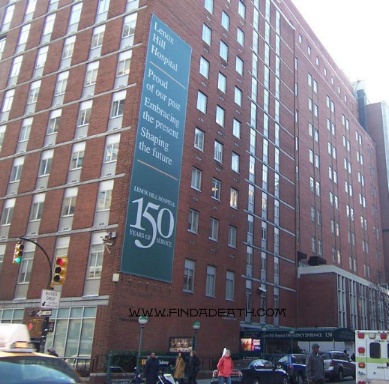 Kathleen was reportedly caught pulling at her wires and tubes, saying she needed to be there “for her boys” in the show. She died 5 days later on Thursday, August 23rd, at age 78 (some reports say she was 82).

The show went on – as it always does – with another character actress stalwart: Jane Connell (“Mother Goose” and “Queen Victoria” from Bewitched) taking over Kathleen’s role.

Kathleen Freeman was cremated and inurned in a niche at The Abbey of Psalms Mausoleum in Hollywood Forever Cemetery. 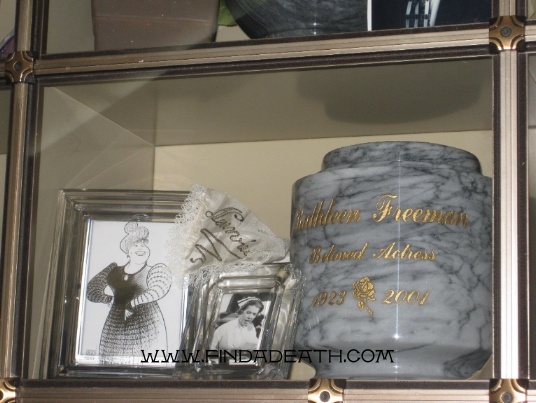 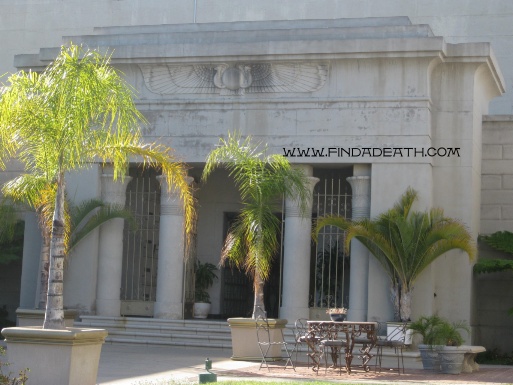 A public memorial service was held on Sunday, September 30, 2001 at 11:30 a.m. at the Wilshire Theater in Los Angeles, California.  My pal Steve Smith writes, “We were at the memorial for Kathleen Freeman.  What fun.  There were tons of celebrities there.”

Obituaries said Kathleen was survived by “her long-time companion Helen Ramsey” – which some assumed meant Freeman was lesbian. Close friends say she wasn’t. In a 2001 online rebuttal to a Freeman mention, ‘the executor of her estate, Jane A. Wallace’ told a blogger that though Kathleen did indeed have a devoted female friend/assistant who was named survivor, she was not lesbian.” Wallace wrote, “As one of the many unmarried women who had no mate, she would be the first to acknowledge that she loved men but could not hold one.”

A large portion of her estate went o the John L. Dales Scholarship Fund.  A copy of her will can be obtained here.  My pal Ted mentions  that, “During the In Memorium segment of the Oscar broadcast in the spring following her death, Ms. Freeman was completely ignored during the tribute.”

The Kathleen Freeman Spirit Award was created in her memory to honor a young actor/actress (in regional theatre/drama school) who demonstrates an exemplary work ethic, or through a tough personal/physical circumstance continued on with their performance – and the show.