By taking on Marilyn’s appearance, it’s almost as though I’ve inherited her troubles.

I collect things that are odd. I collect stories about people that are considered odd. This one I’ve had in the back of my brain for years. In 1989 I read a story about a Marilyn Monroe impersonator from England that died from an overdose of sleeping pills. Ding Ding Ding Ding. Now THAT’s interesting.

I spent 6 years in London intending to document this person’s death in photographs, but never made it there. Recently a nice man named Dan Clegg took my Dearly Departed Tour, told me where he was from, I told him the story, and Dan did the legwork for us. So, thank you Dan.

Kay Kent made her living as a Marilyn Monroe impersonator. She worked for the Lookalikes agency since 1983, and was from the picture above, very successful at it.

Of course, with success, come the lunatics. One Monroe fan sent a funeral wreath to her home with a note, “There is only one Marilyn. Let her rest in peace.”

By all accounts, Kay was pretty obsessed, living as Marilyn, spending thousands on her outfits and surgery. Rehearsing – getting it just right. Spending your life as someone else can never be a good thing, and clearly she was getting lost in it. Clearly.

Shortly before her own death, Kay’s mother passed away of cancer, and according to her brother, Kay began to withdraw. She lived on Victoria Road, in Chatham, in this modest terrace house. 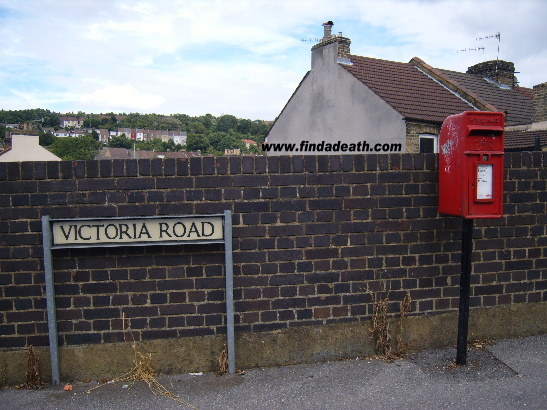 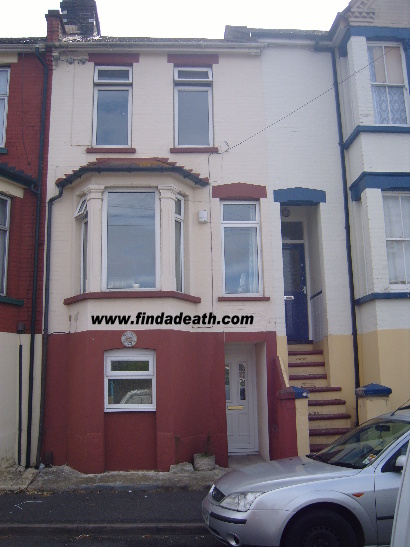 She had a boyfriend, a rockabilly singer named Dean Hammond who reportedly dumped her for a 16 year old.

On the 12th of June, 1989, Kay was found sprawled across her bed, nude, and dead. She had died from Morphine, Nitrazepam and Diazepam Intoxication. The death was ruled suicide. She left a largely illegible note, what could be read were the words, “Dear Dean, I love you so very much, Love, Kay.” Shit. How’d you like that haunting you for the rest of your life? I mean, we’ve all thought about it, but… 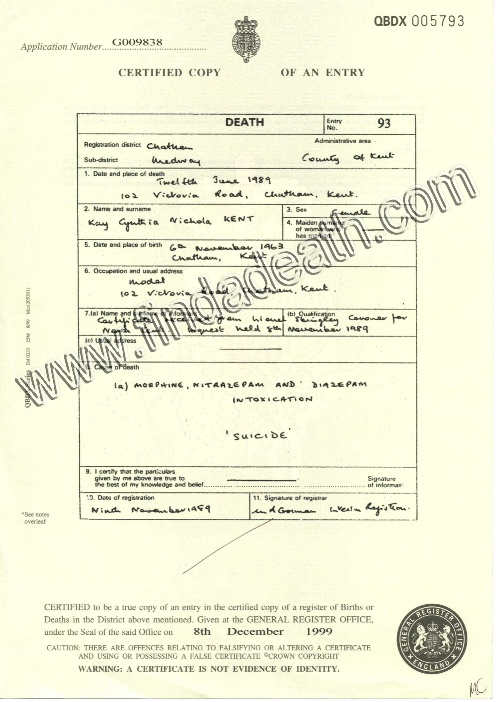 I have no information about her funeral or burial.

Most of this information was taken from an article published in People Magazine, written by Margot Dougherty and Janine Di Giovanni.

Now for the fantastic part.  Keep in mind, this was published in the News of the World – not the most reputable of papers.  I found an article that claims Kay was murdered because she was involved with a spy.  Uh huh!

Tragic Marilyn Monroe look-alike Kay Kent was entangled in a sinister international web of spies and arms deals, the News of the World can reveal.
Startling new evidence uncovered by us suggests the 25-year-old blond found dead a year ago could have been MURDERED.
The beauty with the hour-glass figure was Britain’s best-known Monroe impersonator.
She died in the wake of a bizarre £9 million plot to blackmail a foreign government.
And now police are re-investigating Kay’s death, which had looked like a drink-and-drugs repeat of Monroe’s end 27 years earlier.
Kay’s naked body was found sprawled across her bed at her home in Chatham, Kent.
The Key to the Riddle surrounding the tragedy is shady Greek Cypriot businessman Pan Koupparis.

Poison
He became infatuated with Kay, who portrayed Monroe hundreds of times and starred in the hit Holsten Pils TV ad with Griff Rhys Jones.

Koupparis, 39, admits peddling arms and spy equipment to Israelis and Arabs.
“I made a lot of enemies.” he explains at his home in Peckham, south London. “And there had been many threats.
“Anyone who mixed with me was in danger.”
“And I’m convinced that’s why Kay was murdered.
“I believe she was given a massive dose of morphine by someone who wanted it to look like suicide.”

In 1989 Koupparis was jailed for five years at the Old Bailey for trying to blackmail the Cyprus government.
He had threatened to release clouds of poison gas unless they paid up £9 million.
Because he had served so long in custody, Koupparis has now been released from prison.
And speaking for the first time about Kay, who he met at Stringfellows night-club in London in 1987, he revealed:
‘Kay had a superb figure and I was bowled over by her. All the blokes at Stringfellows wanted to chat her up.
But I managed to get her phone number because I persuaded her I had business propositions to discuss with her.
At the time I had lots of money to play around with.
I was officially resident in Cyprus, but staying in some of the best places in London.
I often travelled by Rolls and stayed at £200- a-night hotels.
Soon after our meeting I picked Kay up at a model agency in Chelsea and took her in a chauffeur-driven car to an expensive Italian restaurant in St. John’s Wood, London.
I offered to put her on a £25,000-a-year retainer and help launch a range of fashions and cosmetics based on her. At the same time I got her to agree to fly to Cyprus with me and try to meet the island’s president.
When I was arrested on the blackmail charge I planned to call Kay as a main defense witness at my trial.
She would have told the court we’d been engaged in bona fide business dealings in Cyprus, including meeting the president.
But there were a lot of people – individuals and foreign governments – who wanted to see me locked away.

Ruthless
Then, just after the trial started, Kay died.
She’d become unwittingly involved in my dealings.
And I feel sure she was being followed by someone.
The sort of people who were out to get me and my associates were completely ruthless and would have stopped at nothing, including murder.’

Scotland Yard had been secretly watching Koupparis as part of an investigation codenamed Operation Drifter.
And the News of the World can now reveal how Kay innocently figured in their surveillance. A police report describes the blackmailer leaving London on a train from Charing Cross for one of his many meetings with Kay in Kent.
The entry states: “8.25pm. Target meets with blond female approximate age 25 years wearing pink jumper, blue jeans.
“Together they go into Wimpy bar near Gillingham station.”
But Chatham police who later investigated the look-alike’s death were never told of her connection with Koupparis and his life of danger and intrigue.

Instead she was said to be depressed over the death of her mother and her split from boyfriend, rock singer Dean Hammond.
Kay’s agent Julie Joseph said: “I always thought there might be something funny about her death.
“Kay had a big new contract at the time and seemed fine.”

And now a Chatham detective has confirmed: “certain information relating to the death of Kay Kent has been presented to us and we’re investigating.”

Trivia:  Kay was born 15 months and one day after Marilyn Monroe died.

More: According to the article, Kay posed nude as Marilyn in some of her famous poses, for the December 1987 issue of Penthouse.  Findadeath supporter and friend Mark Langlois bought the issue for us – which is posted if you click the magazine cover below. Keep in mind (WARNING) – this is a cookie shot – if you know what I mean.  Not a trimmed one either – just be aware – its nude and full frontal. 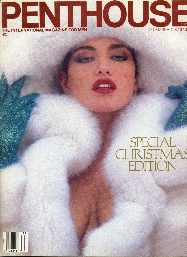 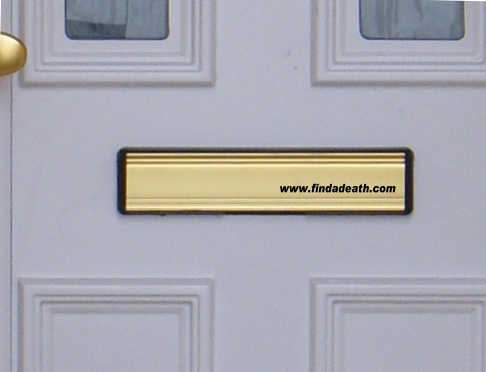 One thought on “Kay Kent”