Eddie Murphy’s divorce became final yesterday, so I thought we would take a little trip back down memory lane.

Movies like Pretty Woman falsely perpetuate the myth that we have hookers on Hollywood Boulevard, when everyone who lives here knows they are on Sunset. That’s where the women are. The men are on Santa Monica Blvd, East of El Centro.  The “shims” are West of El Centro, usually perched on a stool at this taco stand (insert obvious joke), 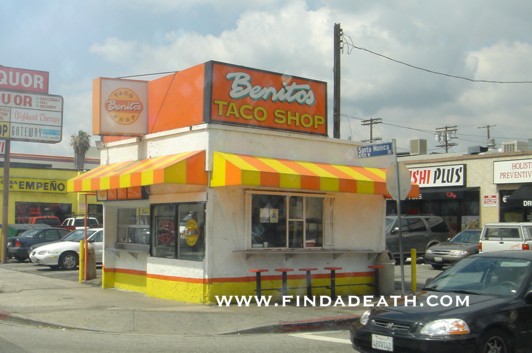 or having a fist fight in front of Shakey’s Pizza, 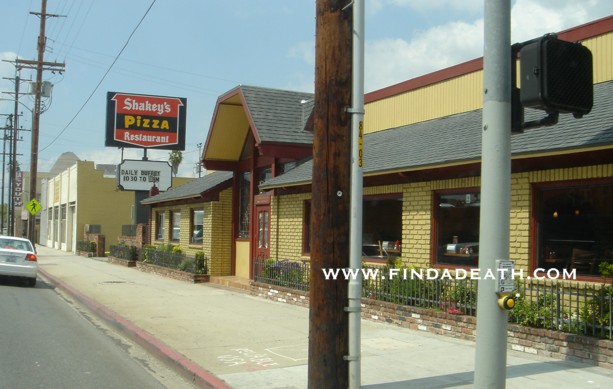 or in Shalomar’s case, at Formosa. Just ask Eddie.

At 4:45am Friday, May 2, 1997 – Eddie picked up 20-year-old Atisone “Shalomar” Seiuli, a Samoan born transvestite prostitute, as he left the hotspot JONES. 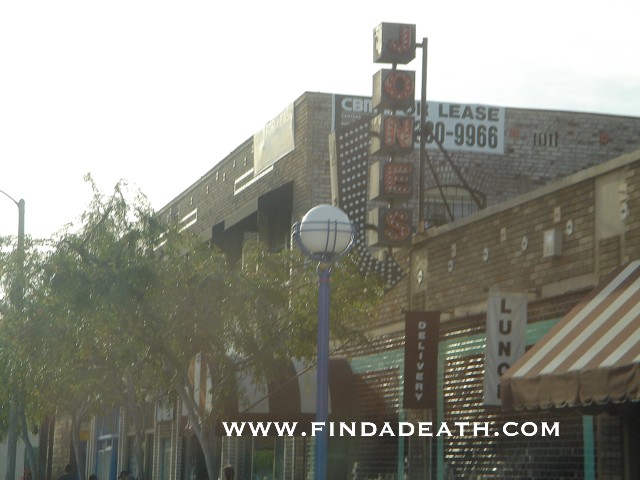 Cops on hooker watch – observed as she hopped in Eddie’s Land Cruiser and they drove off. Two miles later, they were pulled over, but since they were not engaged in any illegal behavior, Eddie was let go. However, Shalomar was detained for an outstanding prostitution warrant, and then bailed.

When word got out, Eddie released the statement, “It’s not the first hooker that I’ve helped out, I’ve seen hookers on corners and I’ll pull over and they’ll go, ‘Oh, you’re Eddie Murphy, Oh my God!’ and I’ll empty my wallet out to help,” Murphy told Entertainment Tonight. “I’m just being a nice guy.”  SURE.

According to Shalomar, while in the car – Eddie placed 200 smackers on her thigh, and asked her to model lingerie for him. I choose to believe this.

After the Murphy incident, Shalomar became quite a popular showgirl at the 7969 Club. 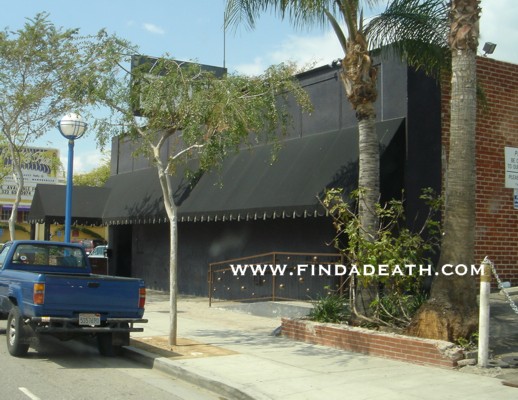 Now, as the autopsy report states: on the morning of April 22, 1998,  Shalomar had again left her keys on the TV set in her apartment. She lived on the 5th floor of this building. 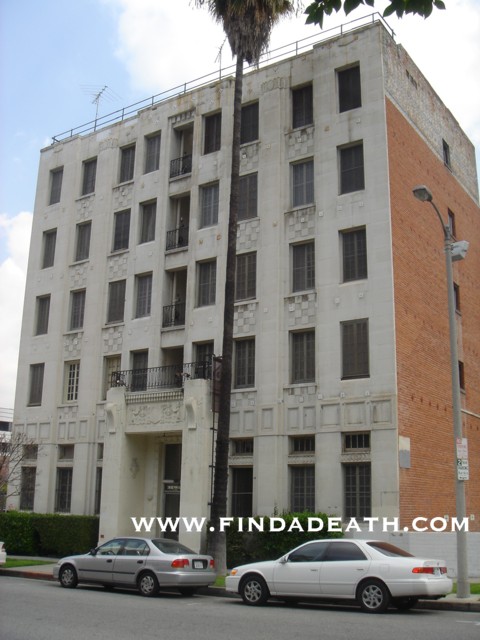 She probably went out on the roof to smoke a cigarette. Apparently this wasn’t unusual – the smoking or the keys thing – because she tied a white bath towel to the railing on the roof of the building, climbed the fire escape to the top, grabbed the towel and propelled herself (coz she’ll be swangan’) into her window.

At approximately 5:15a.m., someone heard a scream. At 6:30a.m. another neighbor walked out of the building to walk his pooch, much like Dekker, 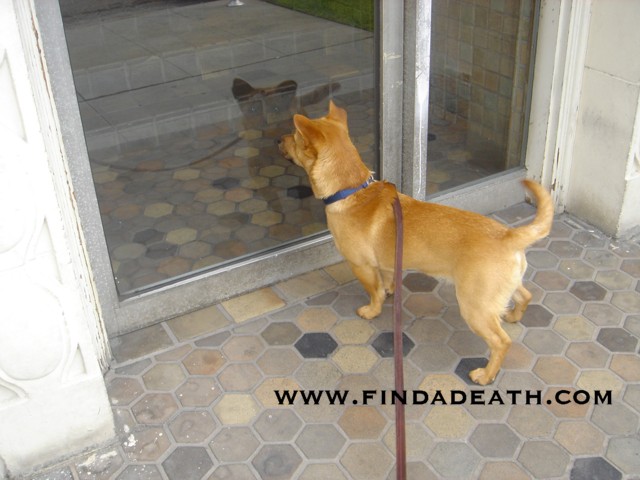 and literally stumbled upon Shalomar laying face down on the sidewalk, 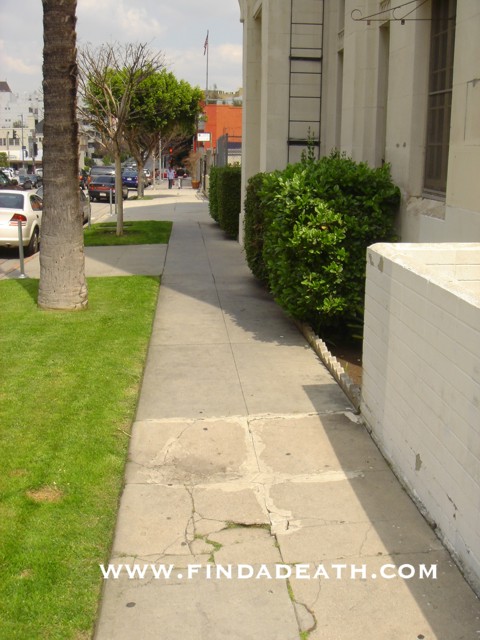 still clad in her Fredericks of Hollywood black bra and black thong panties with silicon pouches velcroed into her bra. 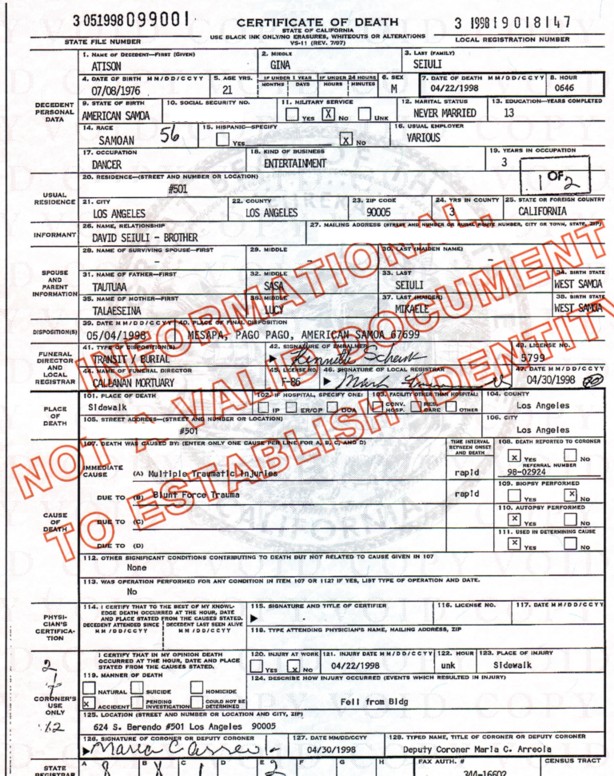 She scraped her face on the building on the way down, and this was key to ruling her death an accident. A jumper would launch themselves far from the building.  She hit the pavement, and hard. Broken right arm, left shoulder, right knee, right ankle and left calf. Fractured teeth and jaw, and the “racooning of the eyes.” Fractured nasal bones driven through orbital plates into the frontal lobes of the brain. OUCH.

Her last meal was beans, and when she fell she was completely sober.

Bootylicious was boxed up and shipped back home to Samoa, where she is buried in the Seiuli family plot in Mesepa. 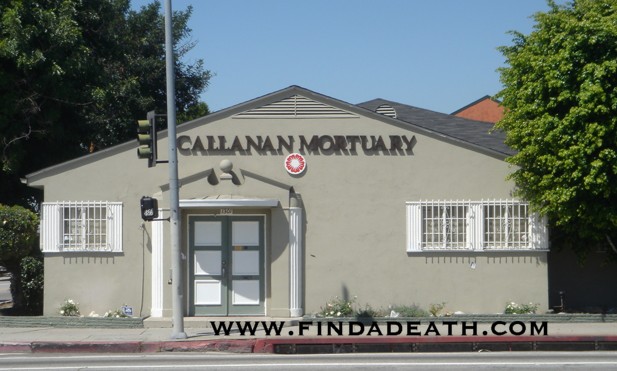 Now, if you are interested in some dirt, this article is long, but fascinating.  In a nutshell, it says that after Shalomar was busted, one of the tabloids got a hold of several other tranny hookers, and together they sold a story about Eddie’s exploits.  According to them, Eddie loved suckin him some drag queen toes.  Eddie hires a guy – Paul Barresi – for damage control.  He goes to each and every one of those hookers – and pays them to recant their story.  Every one of them does, except for Shalomar, and she ends up falling off a building less than a year later.  Go figure.  Read this article, these guys did a bang up job with it.

Trivia: According to Shalomar, she never drank or smoked, but claimed chocolates and sweets were the secret behind her healthy good looks, amazing body and stunning legs.

I realize the discrepancy with the smoking, and I cannot explain any other reason for her being on the roof at that time, and the fact that there were several cigarette butts on the roof already.

More:  She was the highlight of author Candace Watkin’s book “In The Closet With Eddie” which features interviews from transsexuals who claimed to have bedded the actor.  I would love to read this, but it doesn’t sound like its available any longer.

Thanks Craig and Harry.