Everything is so shit, I really can’t see the point in anything, it’s all so fucking shit.

Famed for his flaring nostrils, outrageous voice and extreme camp behavior, Kenneth Williams was one of the greats of the comic world. He was born in London in 1926, and went on to star in the much famed (although he thought they were crap) Carry Onfilms, a British Institution.  Kenneth was also in many stage productions in his career, and because of his quick wit, he appeared on countless game shows and chat shows.

Now to the vital FAD points- He moved to his Central London flat at 8, Marlborough House, on 3rd August, 1972. 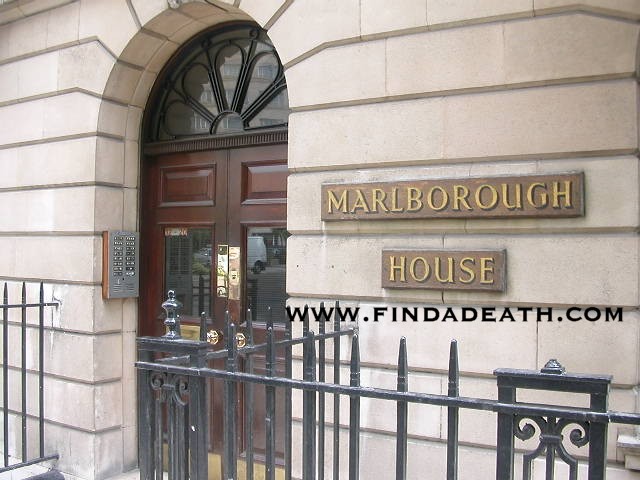 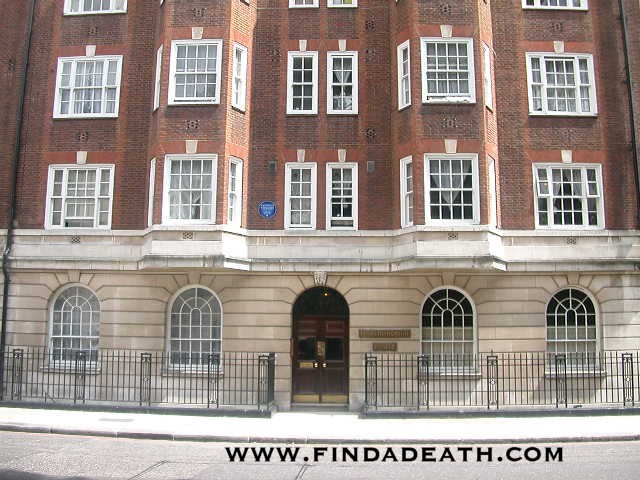 Kenneth had a bizarre relationship with his mother “Lou”, who lived in the apartment next door to Ken. His own apartment was very basic and given his successful career in film, and very poorly furnished. 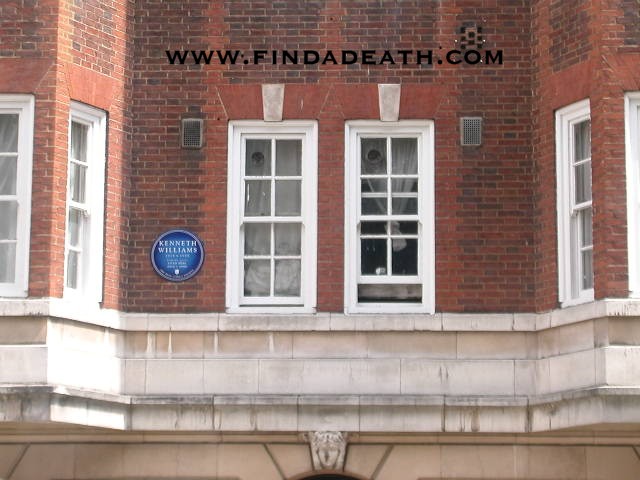 He lived near and used the Great Portland Street Tube. 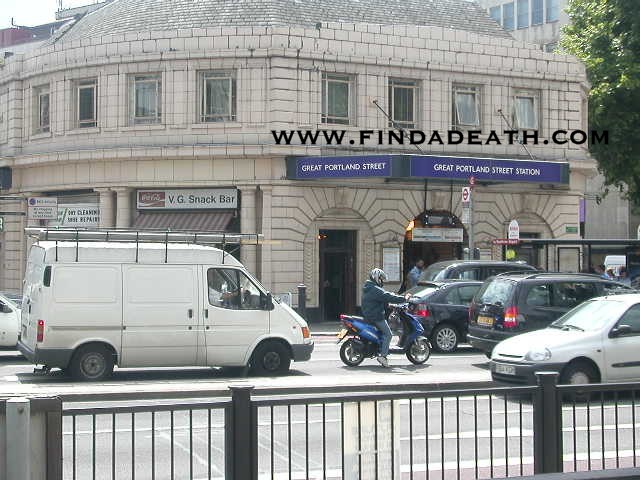 Kenneth was receiving treatment for painful stomach ulcers, and on the night of 14th April 1988, the pain had become more severe. He was in his mother’s apartment, a nightly ritual, and left much earlier than usual.  He agreed to meet her in the morning for a chiropody appointment.  That was the last time anyone saw him alive.

Lou tried to rouse him the next morning, but got no response.  She used her key to get in, and attempted to wake him, finding him unresponsive and cool to the touch.  She phoned the doctor, who suggested Lou contact the building caretaker.  He arrived, and found Ken still in bed, dead.

His last diary entry was dated the 14th April 1988, “this, plus the stomach trouble combines to torture me – oh – what’s the bloody point?”

The coroner recorded an open verdict, saying it was possible (but unlikely) that he had purposely taken an overdose of sleeping pills in addition to his regular painkillers, and that caused a lethal cocktail.  His (now notorious) diaries often included serious bouts of depression, in which he commented that suicide was the only option. Usually he would bounce right back, and those that knew him think that suicide is unlikely – simply because he would never have entertained such ideas whilst his mother was still alive.

Ken’s funeral was held at St. Marylebone Crematorium, East Finchley in North London on the 22nd April. It was attended by his mother, his sister Pat and several showbiz stars including Barbara Windsor (Carry On star) and Gordon Jackson.

Following the service his ashes were scattered in the memorial gardens, 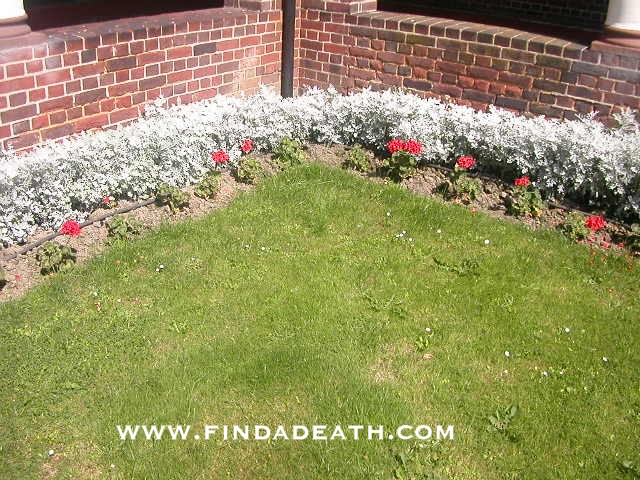 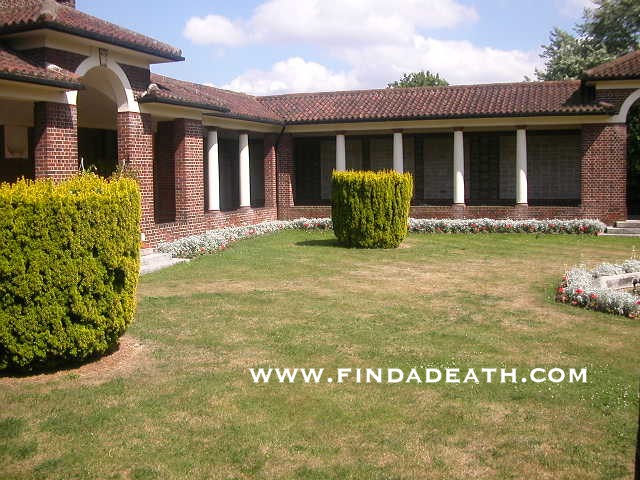 not far from those of the Hollywood actor Robert Donat.

Kenneth left no provision for his mother, in his will.  Presumably he intended to outlive her. 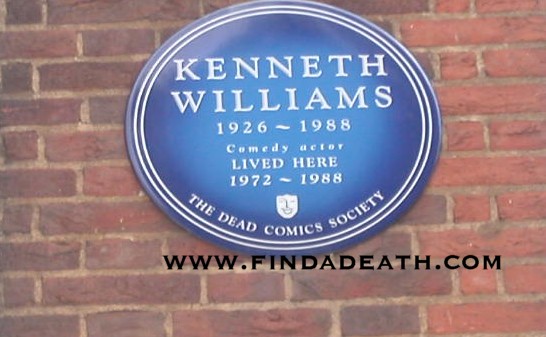 His gallery-style kitchen was the equivalent of a drug store.

His diaries were published after his death in 1993. They are fascinating and often hilarious. Here are a few choice cuts;

“Went to the film Sodom & Gomorrah but only the latter bothered to turn up I’m afraid! Still, it was quite fun. I got an invitation to the Savoy for the Evening Standard Drama Awards. I wouldn’t attend this kind of shit if they paid me.”

“Sid James looked as bad as his acting”.

“I was appalled at the picture it paints of me! I sound like a foulmouthed frustrated queer! I suppose it’s authentic enough…”

“I am beginning to get famous now, which is about bloody time. However, I still hate everyone and everything, and am constantly racked with pain throughout my body, and a cancerous malevolence in my heart. I wish I had someone who would help me. Some people have offered to help me, but they were so diabolically repulsive that I threw a Toby Jug at them”.

“All day in the bloody rowing boat, until I was aching all over. Charles Hawtry was pissed. Breath smelled appallingly. It’s a disgrace. Still, one must be charitable.”

“Dinner with Joe Orton & Ken Halliwell. I love them, they are both so kind, even if Joe does trade in toilets. I let rip with the most pungent & sustained fart. Neither Joe or Ken seemed to mind, they are both quite sophisticated in this respect. However, some obnoxious in-bred bore at the next table said “Poo – how revolting!”. If I could have leapt over to her table & torn her head from her shoulders, I would have done, but my knees are not one hundred percent today.

Ken & Joe are rubbish. They deserve each other. I hope they die”.

“Had Sid, Hattie, Joan, Barbara, Bernard & Charlie around for dinner. They were all perfectly awful except for Barbara whom I love more than anything else in the world, & even she is a stupid cunt”.