With the recent disappearance of a pair of ruby slippers, I thought it appropriate to focus for a moment on Kent Warner.  If it weren’t for him, God knows where the slippers would be – or countless other Hollywood costumes which Kent had the foresight to “liberate” and preserve.  One of the most entertaining books I’ve ever read was penned by Rhys Thomas, called The Ruby Slippers of Oz, which explains the malady of the shoes.

Kent came to Los Angeles in 1964 to follow his dream of becoming a costumer.  He idolized Adrian, and had the good fortune and timing to be working for most of the major studios before (or just as) they were dismantled.  He was employed at Universal, Desilu, Paramount, Warner Bros. and MGM.  In 1970 he was brought in to work the famous auction, probably the first major auction of film costumes ever.

Up until that point, people didn’t appreciate or understand the importance of costume relics, and most old wardrobe was stored for years in barns – some with no roofs, hanging from the rafters.  So many ended up moth eaten, falling off of hangers – or water damaged.  Kent got wise, and since he had access to these areas, began scouring for pieces he could take, and either preserve for himself, or sell – knowing they would be taken care of for future generations – and making a tidy sum to boot.

There was one story that Kent was ordered to take a load of costumes to the incinerator – happened to glance at a label, and it was Bogart’s trench coat from Casablanca.  Wow.

He struck up a friendship with Debbie Reynolds, who has intended to open a Hollywood Museum, and he would sell Debbie costumes, from the trunk of his car, in the Thrifty parking lot on Sunset. 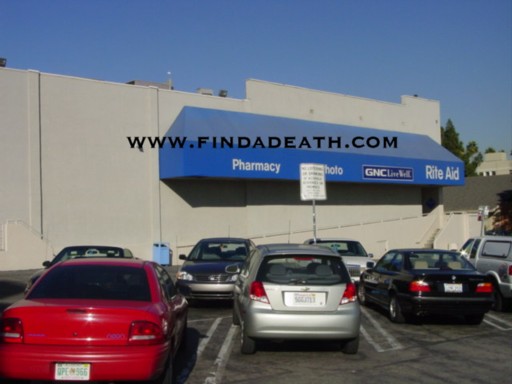 She maintains that everything she ever purchased was purchased legally.  Meaning from the rightful owner.  I don’t think Debbie did a lot of questioning about how that particular owner came into possession of the item.  Who cares, honestly.  No one else seemed to.  More power to her.

I do think that something is seriously wrong with Debbie Reynolds and her museum.  I mean, this has been going on for DECADES.  She had a museum in Vegas.  I went to it, it was great.  Closed.  The stuff has been in storage forever. She was supposed to have a museum in the Hollywood and Highland complex.  It didn’t happen.  Lawsuits still fly.  People that worked for her, ripped her off.  Lawsuits.  Dolly Parton offered the costumes a home in Pigeon Forge – but Debbie’s website had the Hollywood and Highland logo – and nothing has transpired.  What is up with Debbie?  One thing for sure, she has shitty taste in men.  Maybe she should consider the alternative.

Back to Kent.  He lived, I believe, in a Craftsman style home similar to this one on Stanley in Hollywood, 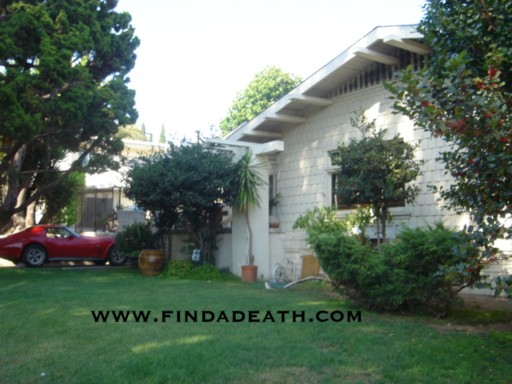 which has since been demolished to make way for this ugly apartment building. 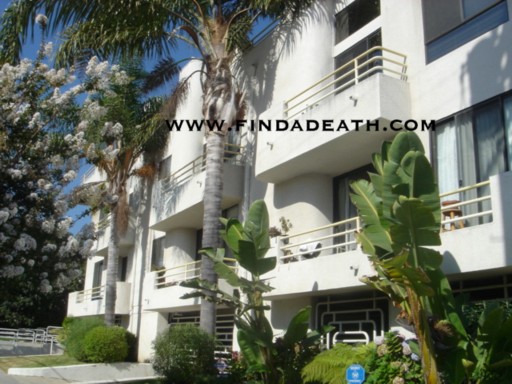 While working for MGM, Ken set himself a goal to locate a pair of the Ruby Slippers.  How many pairs he found are still up for debate, but the story of their discovery is riveting, mentioning the possibility of seven pairs.  One pair was auctioned in 1970, but another pair surfaced shortly thereafter, and Kent kept a pair (the nicest of course), sold a pair… it’s fascinating.  You can peruse a comprehensive slipper website here.

Kent was also a huge Judy Garland fan (I didn’t see that one coming).  He attended an Oscar party and photo-bombed Judy. 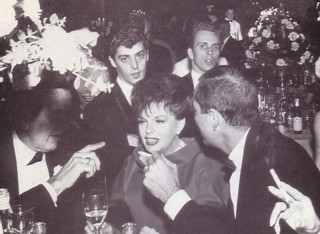 Rhys Thomas’ painstaking research into Kent’s life is well documented, and I hope he doesn’t mind my repeating the story, and I promise you its an interesting read.

Kent contracted AIDS.  In Spring of 1983, he sold his house, and moved into a condo in Studio City. 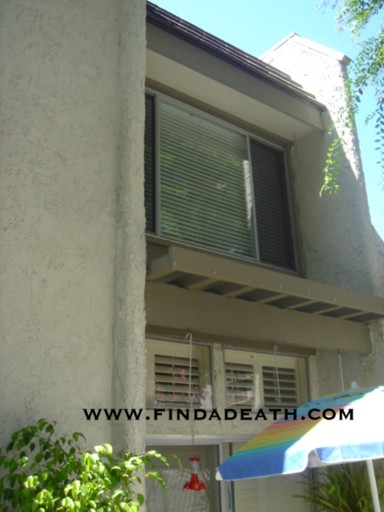 Some rather festive soul lives there now, 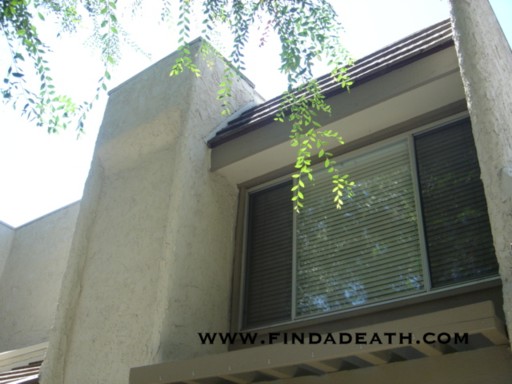 and has this disappointing modern mailbox. 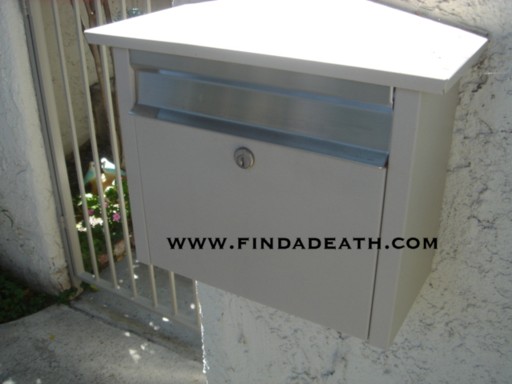 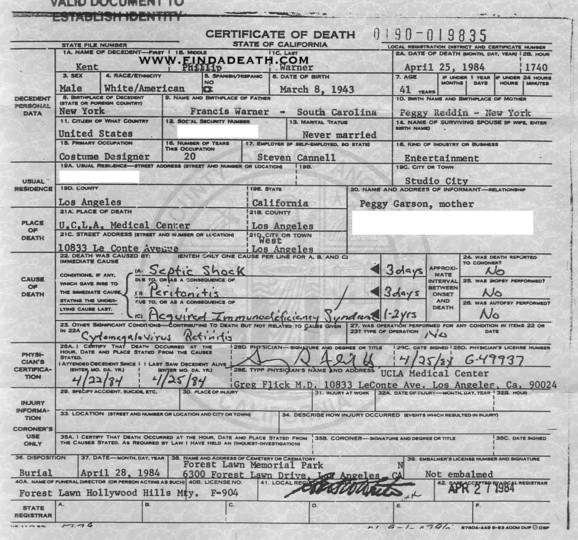 He is buried at Forest Lawn Hollywood Hills.  According to the book, It was an unusual service in that words were not spoken. On a beautiful Saturday in Southern California, the type of day Kent liked to spend at flea markets, the mourners stood in silence on the hillside, while the casket was lowering into the ground. They watched in silence while friends and family took a hand at pouring shovel after shovel full of dirt onto the casket, silence while the spade packed the last handful of earth on a mound of memories. 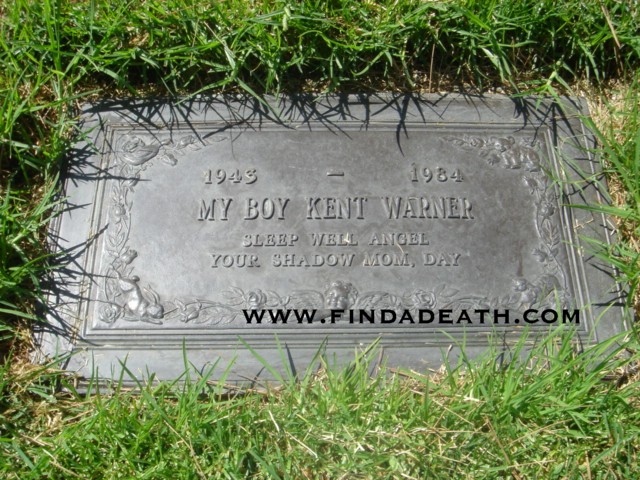 Trivia:  Kent adored Connie Sellica and did the costumes on the A-Team and Hunter.

One thought on “Kent Warner”