When Louds love, they love long and deep: about six feet deep.

Lance was part of the very first reality TV show which was made for PBS in 1973, An American Family. Filmmakers Alan and Susan Raymond assembled this documentary from over 300 hours of footage, focusing on the minutia of the Loud’s family life. Lance became the first openly gay man on television, the first reality TV star, and a gay icon.  The fly on the wall footage also documented the disintegration of  the Bill and Pat Loud’s marriage.  For the record, Lance had 4 brothers and sisters, Kevin, Grant, Michelle and Delilah.

Lance was an free spirit and a cat lover, born in La Jolla, California. His father was in the Navy during the Korean War and he spent his early childhood in Eugene, Oregon. The family eventually moved to Santa Barbara, CA when he was 13.

At 13, Lance discovered Andy Warhol and became pen pals with Andy, as you do. Lance, along with high school friend Kristian Hoffman (which was also featured in An American Family), started a punk band called, The Mumps.

The Mumps music was written by Kristian Hoffman and Lance Loud.  They were close friends from Santa Barbara High School, and enjoyed scouring the thrift shops together.  I was able to interview the group when they first arrived in Los Angeles.  Before the interview, Lance asked to see my list of questions.  He took my sheet, looked them over and said, “Never let your subjects see the questions first, or ever.”  A lesson I never forgot.

Brad Dunning said of Lance, “(he) could be the ultimate charmer and was very fast on his feet with an wit that could intimidate, impress and entertain.  Lance was tan, fit and oozed star quality.”

The Mumps were popular in New York CBGB’s/Max circuit.

They also opened for Television, Blondie, Cheap Trick and Van Halen to name an few. The Mumps were huge in LA and were hoping to score a record contract, but that was not to be.  They were together for about 5 years.

In 1983, PBS approached the Louds again, and the documentary An American Family Revisited: The Louds 10 Years Later was filmed.

When The Mumps broke up, Lance retired from music and became a noted columnist for various magazines including The Advocate, Details, Creem and Andy Warhol‘s Interview. Lance also had an monthly column in the influential Rock Scene magazine, where he was able to write about his favorite artists at length.

Lance developed a drug habit, and shot crystal meth for 20 years. His last home was a cool house in Echo Park. 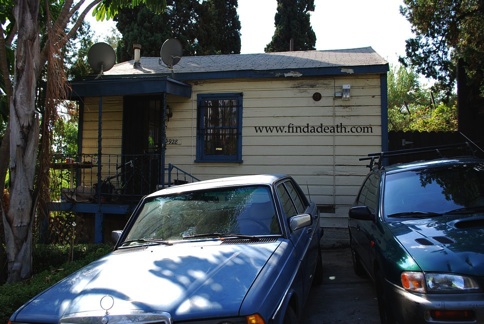 Lance developed HIV and hepatitis C. Here is a shot of Lance on his front porch. 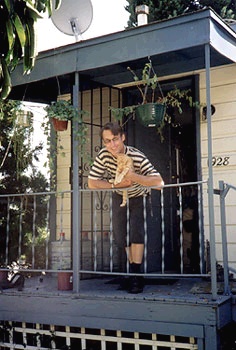 Realizing he was dying, Lance entered the Carl Bean hospice in Los Angeles in the Adams district. 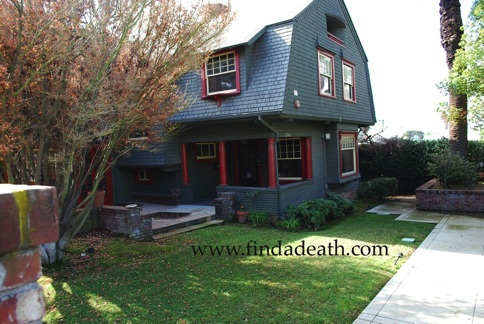 Great looking building to die in. 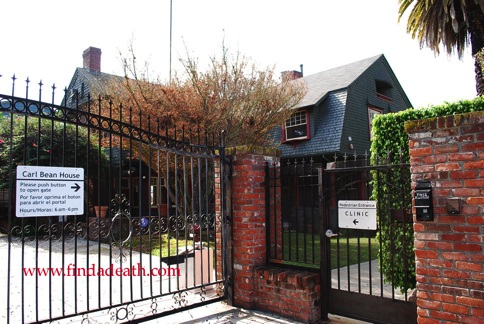 Lance had the filmmakers of An American Family come back and film him for an update, The new documentary that the Raymonds created was A Death in An American Family, which was aired on PBS in 2003. During this, he expressed his dissatisfaction with how the original series ended and how various people in his family were portrayed, not often as the loving family members he knew them to be. Lance had a wish that his parents Pat and Bill Loud would reunite.  Lance once said, “I am big, it’s the documentaries that got small.”

Lance’s body was cremated and a memorial was held in the garden at the Chateau Marmont Hotel on the Sunset Strip. 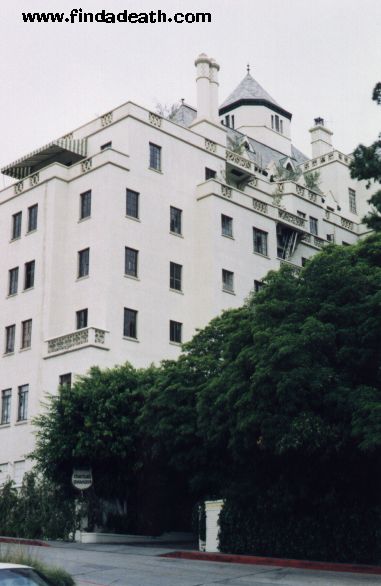 At the memorial, many of Lance’s friends reminisced with stories about Lance. Close friend Rufus Wainwright sang “Over the Rainbow”, accompanied on piano by Rufus’ mother Kate McGarrigle.

See an online memorial for Lance at Find a Grave.

Posthumously The Mumps‘ music was released on a CD called MUMPS: How I Saved the World in 2005 by Sympathy for the Music Industry. The CD/DVD included live performances.

Trivia: Lance donated his personal correspondence with Andy Warhol to the Andy Warhol Museum in Pittsburgh, PA. They are officially entered into the Warhol archives.

Dawn adds, “Lance is one of the great people from the golden age of Punk, that I miss on an daily basis. He was just an interesting and fun guy.” 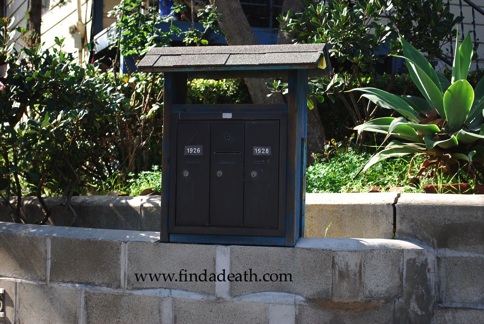 Thanks Dawn for your personal recollection, Kathleen Campbell for the CBGB link, and Troy Musgrave for help taking the photographs, resizing and being fab.