This page probably wouldn’t mean anything to you, unless you grew up in Michigan/Ohio/Canada area, as it’s about one of our local TV icons from back in the day when we had only 3 channels to choose from.

How I grew up to be (fairly) sane is beyond me.  We had so many bizarre characters on TV while I was young.  The Vernor’s Gnome (who was basically a bear), Captain Bob-Lo (a mean midget), Oopsy the Clown (although I still read the word “Fragilly – as opposed to “Fragile”), the evil Bill Kennedy (Findadeath pal Alex Haas writes, “I actually called Bill when I was a kid and asked “How is Groucho Marx and what is he doing?”, “He’s sick & dying” *click*.  Not too cool for an 11 yr old!”

You think you hate clowns?  Almost last but certainly not least, is the omg KING of Child Trauma:  Milky the Twin Pines Magic Clown, who was like Beelzebub, fresh from the Klan meeting in hell.  He is the only thing in the world more scary than those Grey Gardens bitches.

As an adult, it saddened me to learn that every major city had their own horror film host on television.  As a kid in Detroit, I thought Sir Graves Ghastly was THE man, known all around the world.  Sir Graves had his own style:  camp as a sleeping bag.   The creator, Lawson Deming, performed 8 different characters on the show including one in drag called Tillie Trollhouse, which usually left me feeling uncomfortable.  I do recall a weekly segment when they would show artwork sent in by children, during one of the movie breaks.  They would pan across the wall of hand drawn atrocities, and scan them slowly one by one.  I was once honored to have a drawing shown on that wall.  I thought it made me famous.  lol.

Lawson began as a radio broadcaster in his hometown of Cleveland.  He did voices for Amos and Andy, and when the radio show taken to television, they invited Deming along to Hollywood.  Deming chose to stay in the Midwest, and raise his family.

He invented the Sir Grave Ghastly character and hosted Saturday afternoon horror films in Detroit (and later in D.C.)

As a teen, I had the opportunity to meet Sir Graves at a Strohs Ice Cream Parlor, in nearby Grosse Pointe Farms.  I must have become more aware of things at that age, because when I met him and shook his hand, I thought, “mmhm.  ghhrl.”

To my surprise, Mr. Deming was indeed straight as an arrow and had four sons, 8 grandchildren and 7 great grandchildren (plus one on the way) at the time of his demise at the age of 94-and-one-day.

I could never forget Sir Graves, and regret not taking the opportunity to drive to his home and (rudely unannounced) knock on his door to (hopefully) ask him to record an audio intro for my tour.  My brother and I talked about it several times, but I kept putting it off.  Dumb me.  It would have been a terrific addition to my tour.  However, I did write Sir Graves a few years ago, and very nicely got the above autographed photograph in the post.  A classy guy.  Not like Kin Shriner from General Hospital, who never responded to my fan letters.  poof.

At the very end of his life, he was living at the Judson Park Retirement Community. 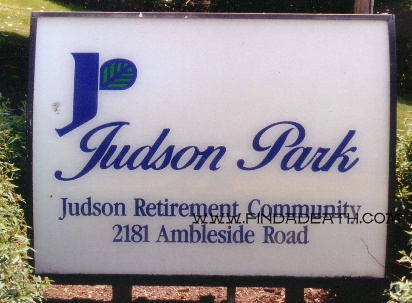 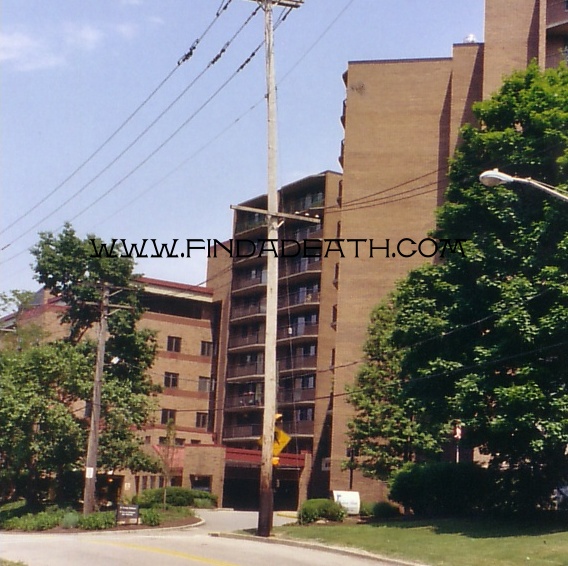 Sir Graves died on Tuesday night, April 24, 2007.  On Monday the 30th, his funeral was held at the Zeis-McGreevey Funeral Home.

The service was private, and memorial cards were provided to the mourners. 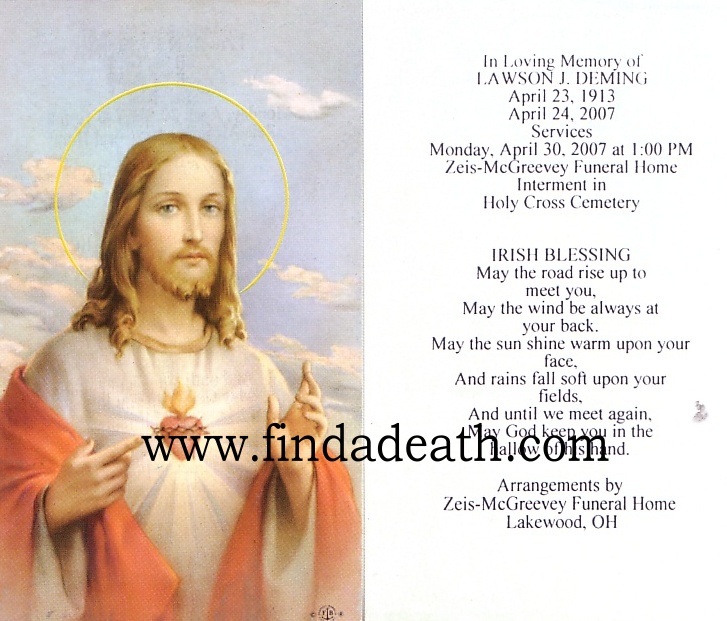 He was buried in a modest grave, in a nearby cemetery. 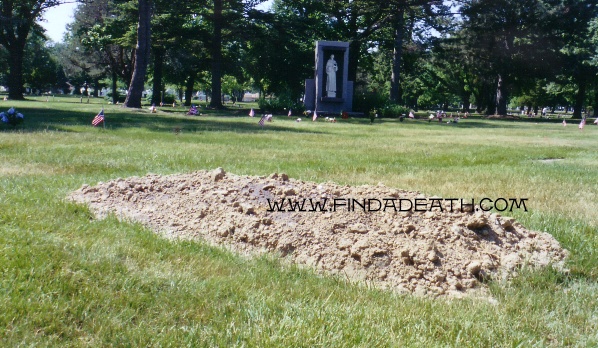 Notice the statue looming in the background.  Sort of an imposing figure.  Look even closer, he’s holding a skull. 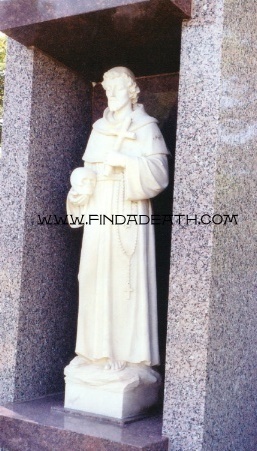 How appropriate.  Sir Graves’s grave is finally marked, you can see it below. 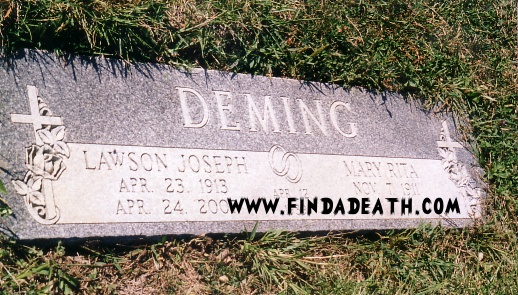 My pals Jim and Laurie Lacy also provided me with my own bits of Sir Grave’s Grave, now lovingly enshrined in my own chamber of history. 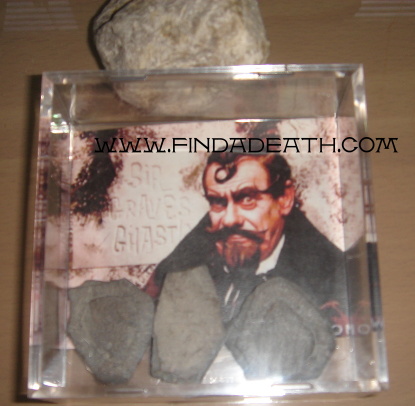 The local Detroit television station aired a tribute to Mr. Deming when he died, and this newscaster queen does an intro bit that’s a bit too chipper for my taste.  It’s been many years since I’ve seen Sir Graves on television, and the end of this tribute actually made my eyes well up.

Skads of gratitude to Jim and Laurie Lacy provided almost all the information, legwork and photographs for this story.  You guys are the best.

One thought on “Lawson J. Deming (aka Sir Graves Ghastly)”