The adults play along, but the children, they know.

Leroy Scholtz was originally born in Chicago.  In 1960 he was a postman in Wichita Kansas when he was asked by a local Sears store to portray Santa for the kids. He wore a fake beard and wig at that point, but eventually grew his own. He lost his job with the post office (thanks Pete) due to diabetes, 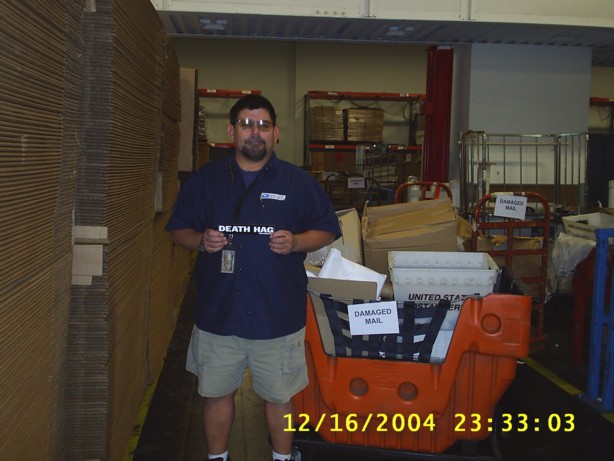 and in 1970 he moved to North Pole NY to become a full time Santa, often appearing on television.

He enjoyed being Santa so much that in 1980 he legally changed his name to Santa Claus.  To keep the name Santa protected, he had to go by Santa C. Claus, the C. standing for Christopher, dontcha know.  He embraced the Santa thing wholeheartedly, even donating most of his earnings to charity, keeping only enough to live on.

In December of 1985 Leroy was in Chicago working on a video of Christmas stories  He stayed in the Talbott Hotel.  He intended to return to Chicago permanently in the new year.

He would have celebrated his 25th anniversary of  the Santa Claus gig… would have… but he didn’t. 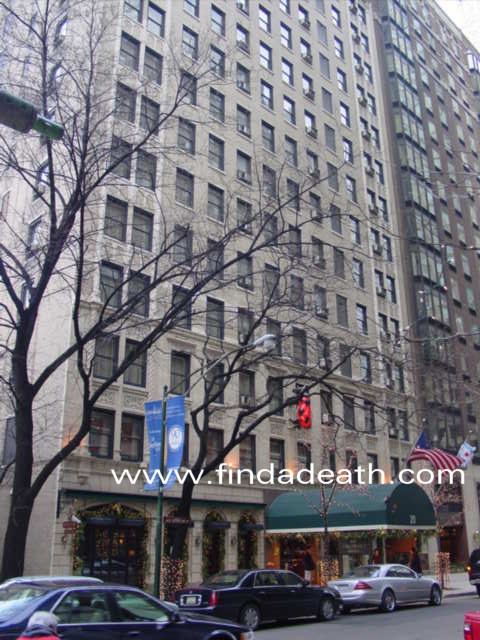 Hotel workers were alerted when a driver came to pick up Santa for work. They found the 280 lb. Santa naked and dead. 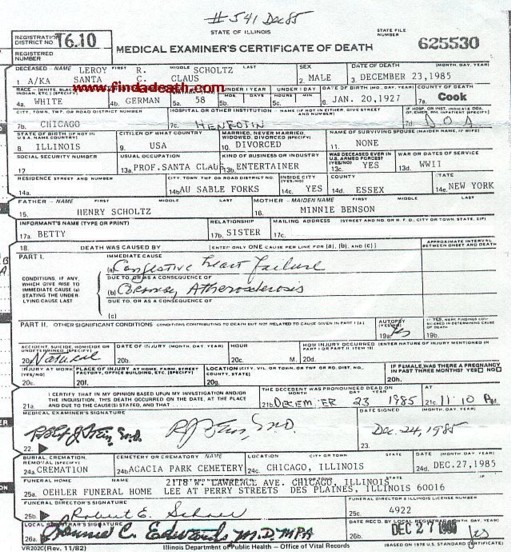 He was pronounced dead on arrival at the old Henrotin Hospital, just a few blocks away.  The hospital is now gone, and in its place are these pricey homes. 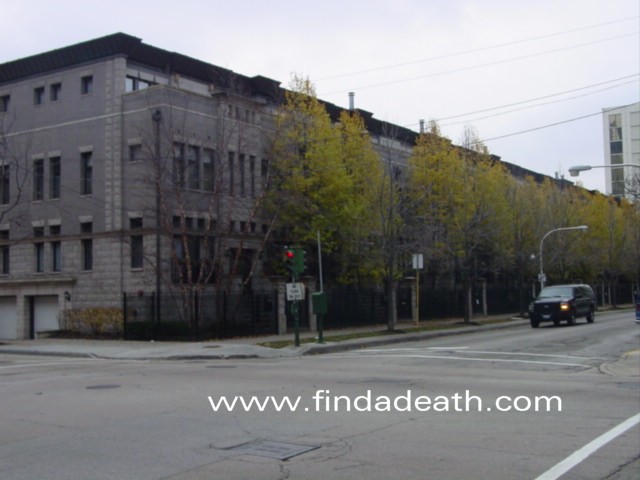 He was cremated at the Acacia Cemetery in Chicago, and was shipped to the Love Funeral Home in Limon Colorado (I have no idea why). I phoned the funeral home, hoping to find a grave that actually says Santa Claus, not the one with the screaming kid, but apparently the Cemetery in Limon lost all their records, so Santa Claus’s cremains are gone. 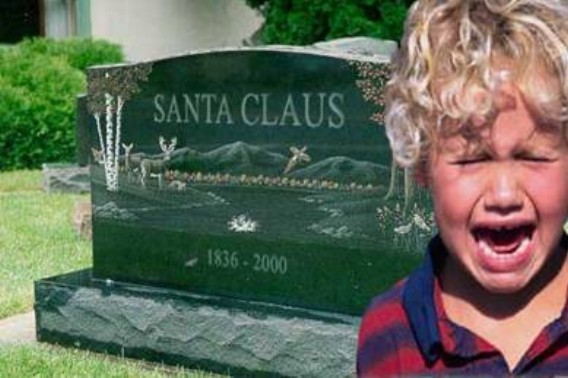 Supposedly his sister lived in the Chicago area but I called the number listed and was unable to get in touch with anyone that knew him. Either that, or they are tired of Christmas time calls from curious people. 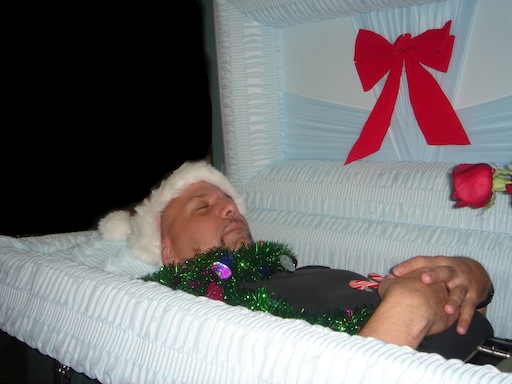