Darnell lit up the screens with over 50 films including The Mark of Zorro, Anne and the King of Siam (where one character was burned at the stake) and Forever Amber in which she portrayed a survivor of the great London Fire. Darnell supposedly had a lifelong fear of dying in a fire.

According to documentation, she lived on Woodman Avenue in Sherman Oaks. No doubt her building was destroyed, because this monstrosity exists at the address. 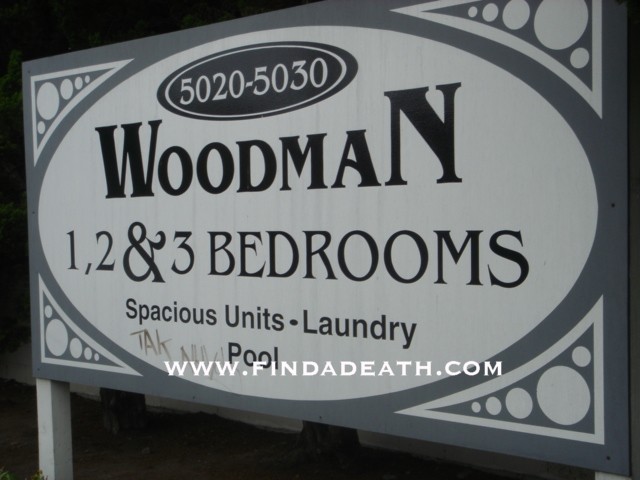 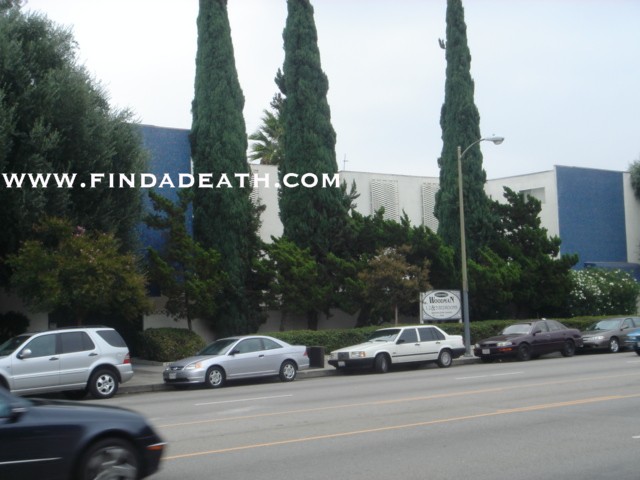 I do have this fantasy about Darnell in all her scorching glamour, parking her car here, and sobbing quietly as she glided through this miserable entrance, weeping her way up these vile stairs, but not before picking up her Pennysaver coupons in this hideously lowbrow mailbox. 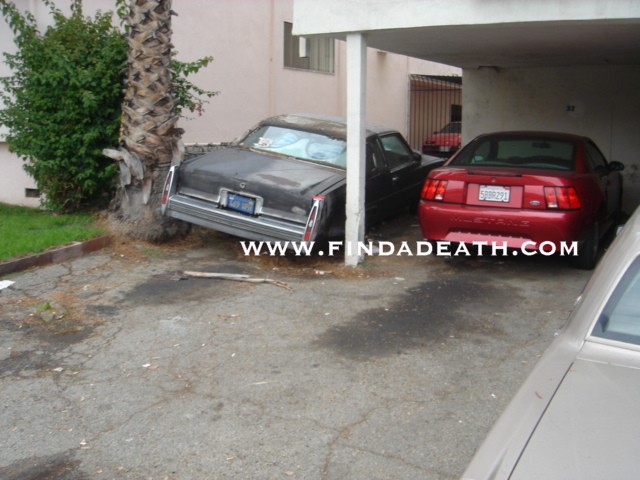 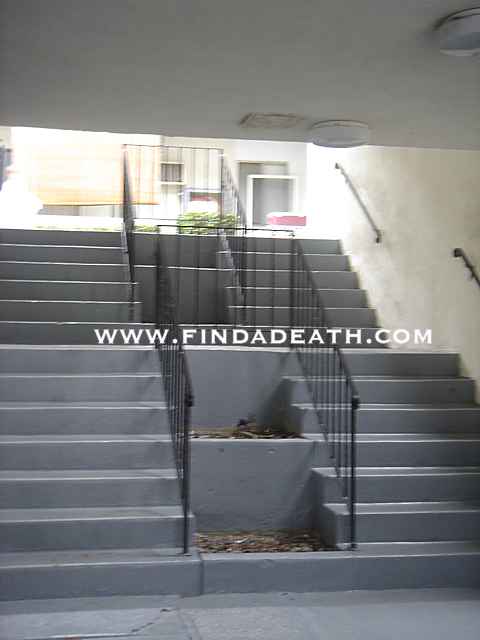 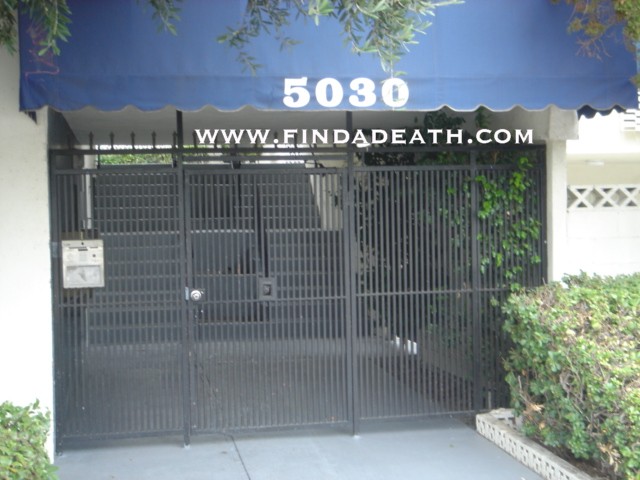 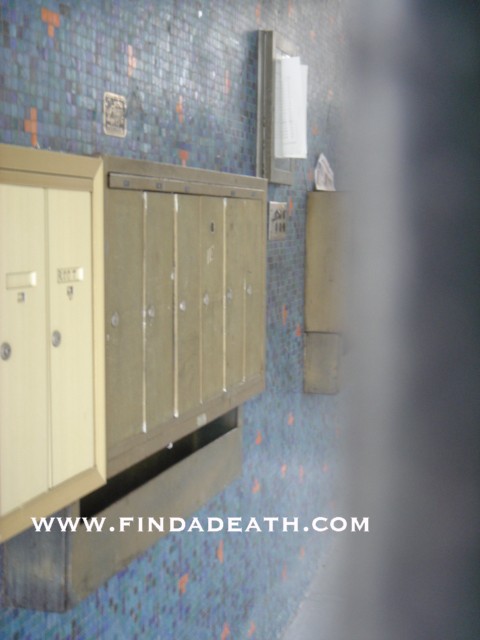 In April of 1965, the incandescent Linda was lighting up the stage in a play in Skokie Illinois, just outside of Chicago.  Meanwhile she was pinching pennies and staying with her former personal secretary in the nearby Glenview, in this little subdivision. 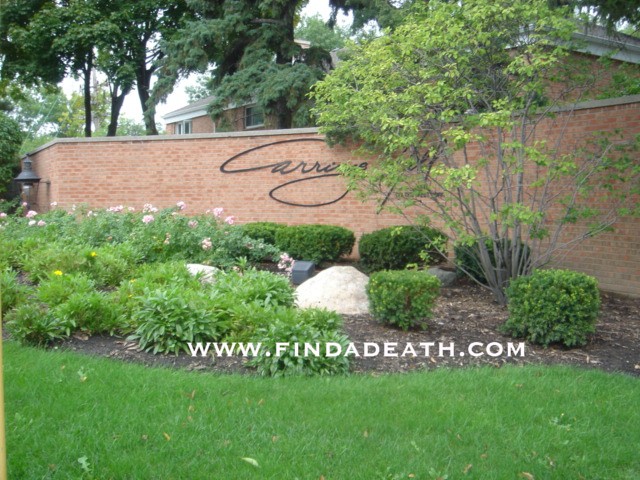 My friend Bun drove me there and as we approached the Darnell unit, I noticed a man tending to his garden nearby.  Usually I wait in my car for people to leave, then take pictures, but something told me this guy would be okay.  I approached him directly and told him I was doing some research on an actress that died here.  He said, “Linda Darnell! You came to the right place. I was here that night!”  Jackpot.  Ray is my new best friend. He invited us in and told me the story of that night.

According to legend, late in the night of April 10, 1965, the fiery Darnell stayed up late to watch her movie Stardust on television in the living room, on the ground floor of this home. She must have left a cigarette burning and after she retired to the bedroom upstairs, it began to smolder in the living room. This was about 5am. 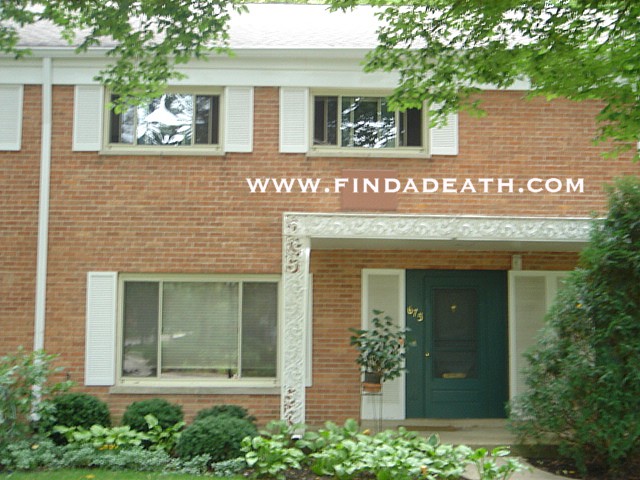 Fire broke out and the other two inhabitants of the house were able to escape from upstairs windows in the back of the unit, however Darnell soaked a GORGEOUS chenille bedspread in water and went downstairs for some reasons unknown to me (or any other source I’ve found) until I met Ray. 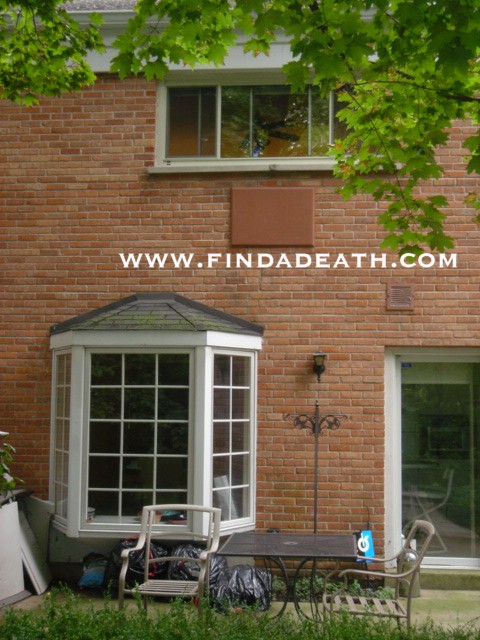 Ray told me the layout of his home was the same as the one Darnell was staying.  He allowed me to take pictures in his house.  He told me that a neighbor boy noticed the blaze, took a snow shovel to the back door to rescue them, thus allowing in the oxygen the fire needed to grow, thus inadvertently killing Linda Darnell (and he got 50 stitches from the broken glass).  She was found alive, at the base of the stairs. 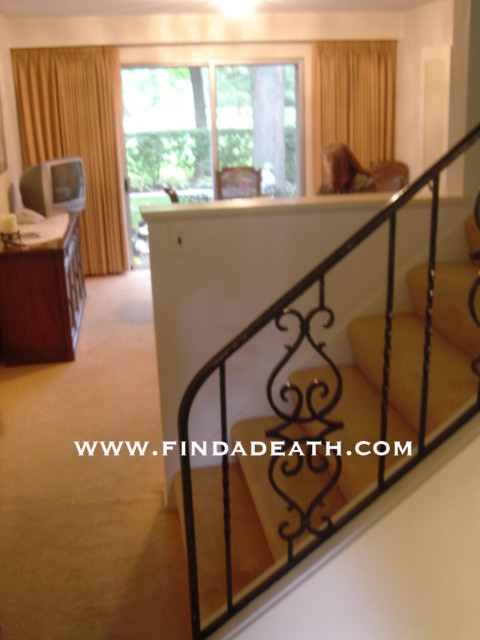 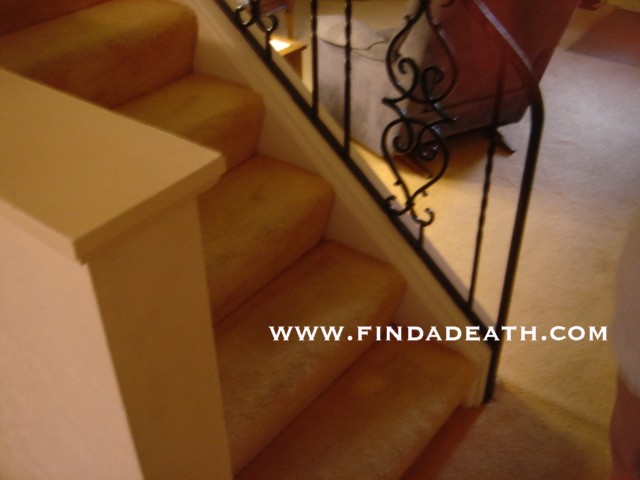 According to Ray, she was taken away in an ambulance to the Skokie Hospital (She was cussing up a storm when they took her away (atta girl)) and eventually transferred to Cook County Hospital in Chicago (where the show ER is based) where they have a reputable burn unit. 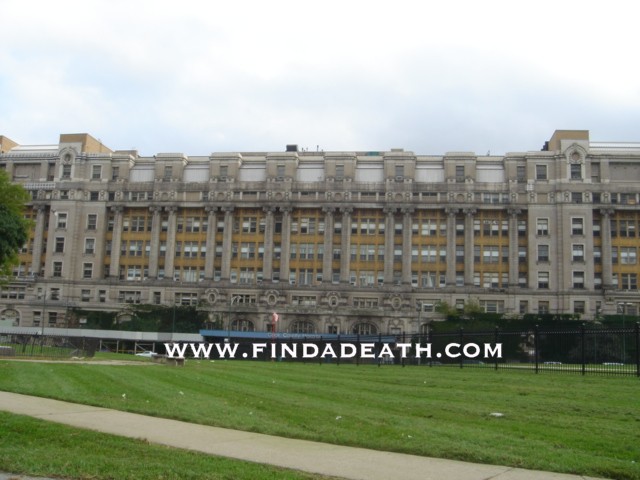 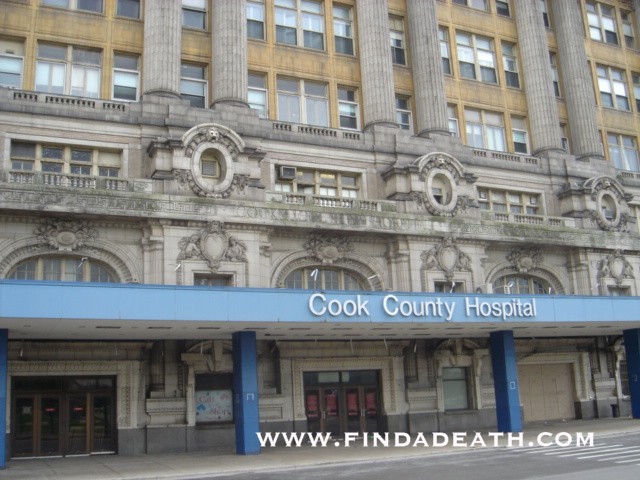 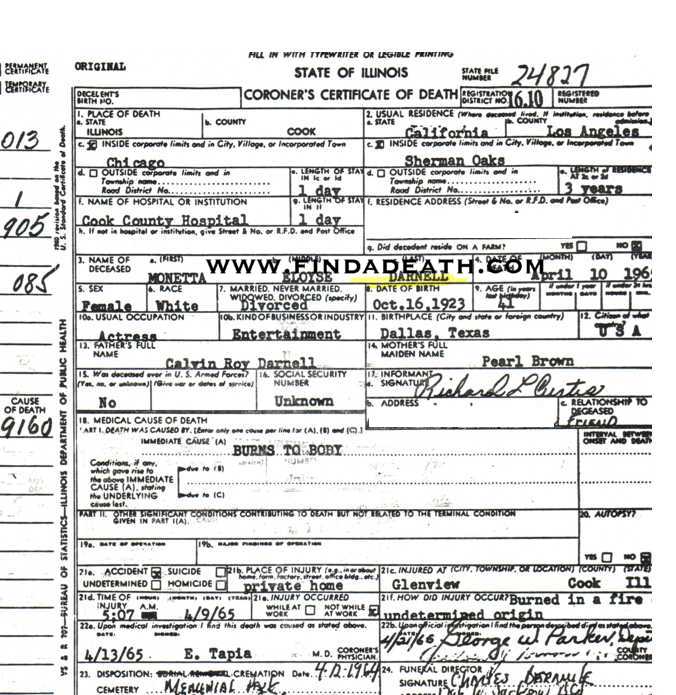 There was a memorial service for her at the Glenview Community Church and about 100 people attended.  100 more stood outside the church. 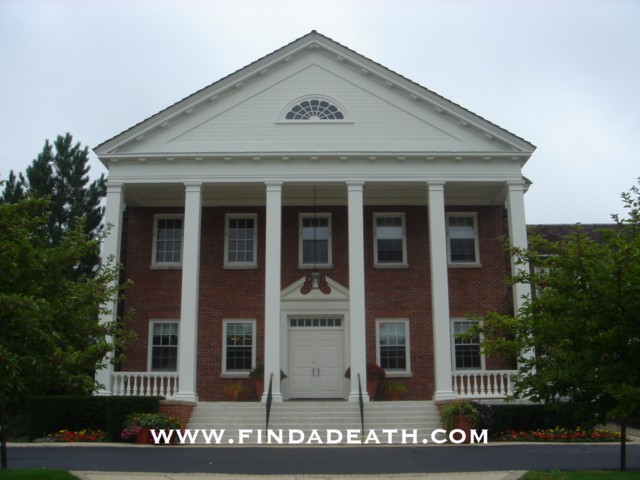 She is buried in Pennsylvania.

The reason this poor woman died?  Money.  It was tax time.  Darnell had about $1200 in cash downstairs where she was preparing her taxes.  Everyone else was upstairs and rescued by the fire department.  Darnell figures she has a minute to run down and rescue the dosh. Unbeknownst to her, the neighbor’s snow shovel would become a lethal weapon and change EVerything.  So there you go.  Now see how many documentaries work that info into their shows, and books will mention these facts, but you heard it here first.  Posthumous dish from Findadeath.com.

Trivia: Ray told me that Darnell pissed off the neighbors by buying 100 pound sacks of feed for the local raccoons.