A condom over her left eye, and a voice that could cut through leather, Lisa Lopes and her R&B trio TLC blew up the hip-hop scene in 1992. Their debut album “Oooh. . . on the TLC Tip” went platinum. She immediately acquired a reputation in the industry as a bad girl with a nasty temper. Most people remember her as the girl who burned down football player Andre Rison’s mansion back in 1994. (After a particularly nasty fight, she attempted to set fire to a pair of his sneakers in a bathtub, and subsequently torched the place to the ground. (ATTA girl!) She was sentenced to 5 years probation and therapy at a halfway house, but was never able to shake that incident from her already rambunctious reputation. (She was pretty much labeled a psycho after that.)

Nonetheless, the publicity did nothing to hinder the success of their second album “CrazySexyCool,” which sold over four million copies and established them as one of the top-selling female groups of all time.

Shortly thereafter, she publicly released disparaging statements against the other two members of her trio, and ripples were created throughout the group. (Obviously)  The group declared bankruptcy in 1995, citing poor management. Funny how that works.

Her problems with alcohol began to surface, and (guess what) she blamed it on her abusive Army father, from whom she broke with when she was 17, leaving her abusive home with only $750 and a piano to pursue her music career.

In the late 90s, after an extremely successful and turbulent career, TLC released another multi-platinum album Fanmail. Lisa apparently began getting her life on track and her temper under control. She found a new peace and tranquility with holistic and spiritual practices and became involved in helping people in poverty and victims of Hurricane Mitch. Lisa began spending a lot of time overseas, helping children and doing charities, etc. She adopted a little girl in 2001.

Lisa had just released her first solo album Supernova, (which was met with lukewarm reviews and subsequently shelved) when she met her untimely demise while off in Honduras. On 26 April, (1 month short of her 31st birthday, and oddly enough, ON the birthday of her band member T-Boz), shortly before 6 p.m. outside La Ceiba, she was killed instantly in a head-on collision at a treacherous two-lane country road. Lisa was the driver, and the only fatality of eight people in the minivan. She was apparently not licensed to drive abroad. Her body was flown back to the states and she is buried in Atlanta.

The original clip sent by Heather has been removed.  It is also noted that Lisa was indeed wearing a seat belt, just not the shoulder kind, which is legal in the Honduras. 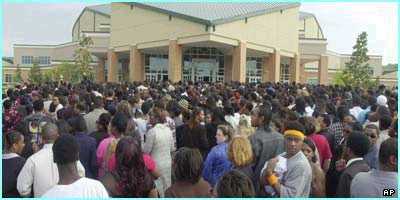 She was buried in a white casket that bore an engraving of a rap she recited on TLC’s No 1 song “Waterfalls”. It reads “Dreams are hopeless aspirations, in hopes of coming true, believe in yourself, the rest is up to me and you.” 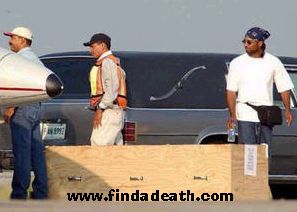 This one is moving though.  Just another reminder that our bodies are nothing more than shells. 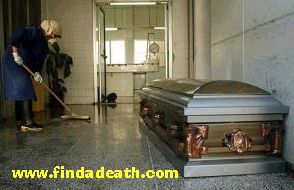 Updated – May 20, 2007: I, like a lot of you, saw the VH1 show last night, the Last Days of Left Eye – they actually had the very last footage of her alive, just as her car went off the road.  Clearly, she was not wearing these pajamas.  No doubt the outfit she had on (black tank top) probably didn’t fare well in the accident.  The family (or whomever) decided to dress her, in what were probably her favorite jammies.  RIP Lisa, you seemed like someone I’d enjoy knowing.

Findadeath friend Kat sends this:  Lopes was working on in Honduras when she died. Aside from being all-around interesting, the camera was actually rolling at the second Lisa’s car flipped. You see her hand a Coca-Cola tin to a passenger in the back, then somebody screams, the camera (which was with the cameraman in the passenger seat) scans past Lisa’s face which was frozen in a wide-eyed stare, and focuses out the windshield long enough to let us see the car veering off the road. The camera then shakes, skips, and goes to black.

Just thought that if you could get a hold of this clip, it would make a great addition to Lisa’s page on the site.   On her page in her “dead pic” it shows her wearing these crazy pink
monkey PJs. That’s not what she was wearing during the crash so I’m guessing that’s what the hospital (or whoever) put her in for a potential family ID?

Side note, for days before the wreck, she talks repeatedly on feeling like a spirit is chasing her, preparing to take her away. A couple days after that started, a little boy darted in front of the car she was riding in. The car struck and killed the boy. After paying for the medical expenses and funeral costs (they actually show her at the mortuary picking out the casket), she says she feels that spirit accidentally killed the boy instead of her.