This girl had been through the ringer. Not a happy camper. She had a history of depression, bulimia, and epilepsy. She had been to shrinks for years. At the time of her death, she was broke, and hearing voices (bad ones.). She told friends that she had a premonition of it all ending soon. And you know what? It did.

She was last seen on Saturday, June 29th, 1996, by a neighbor. By Monday the first of July, no one had heard from her and her friend Judy Stabile went to her home in Santa Monica, to check on her. 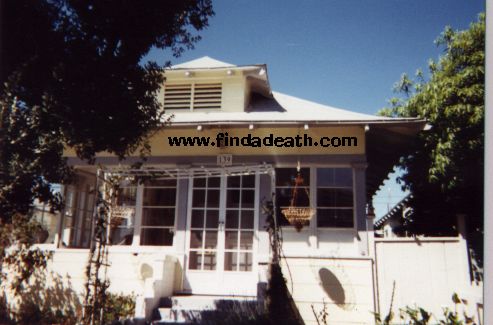 Margot’s apartment was on the second floor. 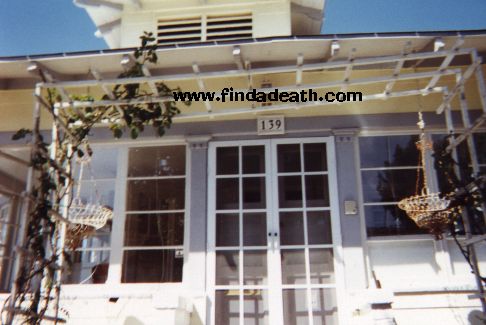 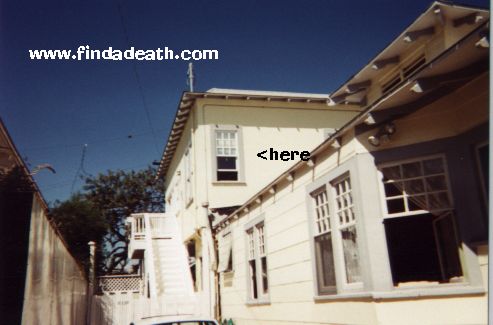 Margot only lived there for a few weeks, and was already asked to leave, because the owner didn’t like her “vibes.”  Those pictures are from Findadeath.com friends Terri Rios and Adam R. Carter.  Thanks you guys!

When she didn’t answer the door, a handyman, Jose Juan Pena, climbed up a ladder to the balcony and entered the apartment. It was hot, all the windows were shut, and they found her. Pena ran out of the apartment, with his shirt covering his nose. Apparently it was mighty whiffy in there. He called 911. It was 1:55 when the paramedics arrived, and pronounced her dead. The coroner arrived at 5:15.

This is a description of the scene, taken directly from the Coroner’s Report, supplied by our friends at Celebrity Collectables:

The decedent was observed laying on a queen size bed, covered, box springs on the floor and against the east wall of the room. To the left of the decedent is a large coffee table. The table appears to be set up as an altar. On all four corners of the table is approximately one teaspoon of salt. Artwork is leaning against the wall that the back of the table. An empty vase is in front of the artwork, a small vase just to the right contains still fresh white flowers. Two white unburned candles in the shape of a human figure are centered, with a long tapered white candle just behind. Another white unburned candle is to the left. The candles are inside a circle enclosed by a white ribbon, which has a small rectangular pendant hanging from it, and engraved with a lightening bolt. Just below are 3 more pendants, with one more pendant below those. Incense has been burned and located just below the pendants. A religious book is just outside the circle and to the left. On either side of the table are books appearing to be of eastern religion. A horseman chess piece is laying on its side just outside the circle. There were pieces of notebook paper shaped in a heart with the words, “Love, healing, protection for Margot forever.” To the left of the bed is a brown teddy bear.

The fridge is unplugged, and there were 8 bottles of Becks and an open bottle of champagne in it.

Here’s the gory stuff: Margot is observed laying in a supine position on the bed, and covered with heavy blankets up to her chin. When uncovered, her arms are stretched out and pillows are under each knee. She is only wearing a white T-shirt (Fruit of the Loom, size 46-48), which was stained with post-mortem purge fluid. She has moderate post-mortem decomposition consisting of skin discoloration and slippage. The body is distended by gas. No trauma is visible.

From the drugs found on the premises, and the autopsy, they concluded that she died of acute Phenobarbital intoxication. 10 times the recommended dosage was found in her. Suicide. She was only 41. 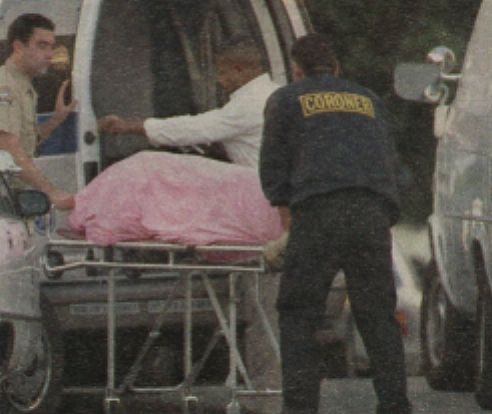 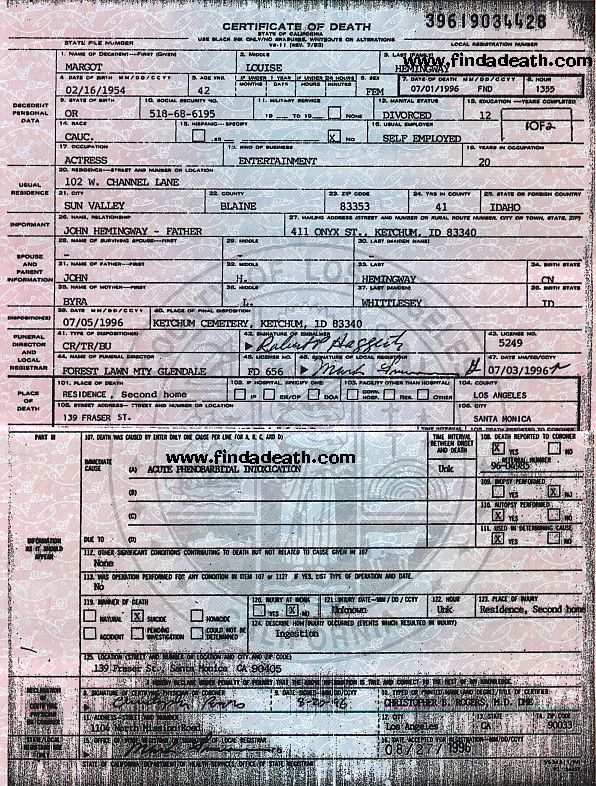 She was cremated at Forest Lawn Glendale, and shipped back home to Ketchum Idaho, where she is buried.

That picture is by one of our regular contributors Steve Goldstein.  Thank again, Steve.

There was a Memorial on July 11th on the Santa Monica pier. Actor Robert Guillaume (Benson) had a heart attack during it. He fell and smashed his head, and was taken to St. Johns in Santa Monica, then transferred to Cedars Sinai, where he was stitched up, given a pacemaker, and let go. 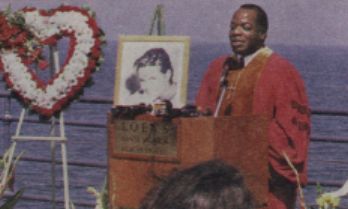 There was also a family funeral, in Idaho.

Thank you to Jax Wilson for text help.

MORE ON THE HEMINGWAYS FROM Findadeath.com friend Rebecca:

Everyone knows good ol’ Grandpa Ernest committed suicide on July 2nd of 1961 with a shotgun blast to the head, but what about his dad?  Clarence Hemingway committed suicide in 1928 with a gunshot to the head.  Soon after, Ernest requested that his brother send him the gun his father had used for the event.  He got it, but he chose another weapon for his own deed.
Then there’s Ernest’s sister, Ursula.  She was suffering from cancer, and just like Margaux did years later, she took a deliberate drug overdose in 1966.  Poor thing.  And let’s not forget Ernest’s brother, Leicaster.  He was told that due to a severe case of Type II Diabetes he might have to lose both of his legs.  So naturally,  keeping in the family tradition of course, he shot himself in the head with a .22 caliber pistol in 1982.  (Someone needs to take the NRA cards away from this family.)
Last but not least, while not an actual suicide, but definitely well deserving of an honorable mention, there was Ernest’s youngest son Gregory.  What a fascinating character this guy was!  He was described as a virile athletic “heterosexual” (sure,) and he had 8 children with 4 different wives.  (Don’t you love it when people use the fact that someone can breed as evidence that they’re straight?)  To make a long story short, he underwent a sex-change operation in 1995 at the age of 63, and lived out the rest of his life as “Gloria Hemingway.”  He was found by the Florida police one night wandering along the roadside naked, and carrying a dress and high heels.  He was arrested for indecent exposure, and later died of heart failure in cell at the Miami-Dade Women’s Detention Center.  It was 2001, and he was 69 years old.  What a way to go–  maybe it was the humiliation of the prison muumuu that killed him.
Amazing stuff.  Thanks so much Rebecca.  You’re good.