Yes, I KNOW! She is NOT dead. Neither are a lot of other people, but what this broad did, certainly merits a mention. (Update: Passed away on May 13, 2018)

On Saturday April 20th 1996, she was at Los Angeles International Airport, ready to board a flight to Phoenix. The flight wasn’t leaving until the next day. She never got on. She (they say) intercepted a television crew from Nashville, and followed them through the airport. She would point at their equipment and scream, “I know you’re after me and you’re sending signals with those things!” She followed them into the Hertz Rent A Car, where she stayed for almost an hour, passing notes that read, “Drive my jacket 100 miles from here, and throw it.” Next thing anyone knows, she’s mumbling gibberish in a woodpile in Glendale.

She was discovered on Tuesday, April 23rd, in the back yard of this house at 412 Ross Avenue, in Glendale. 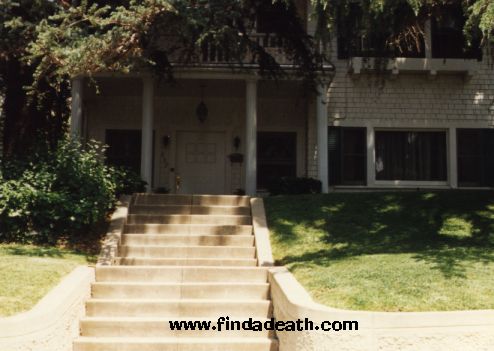 Here’s a peek up the driveway. 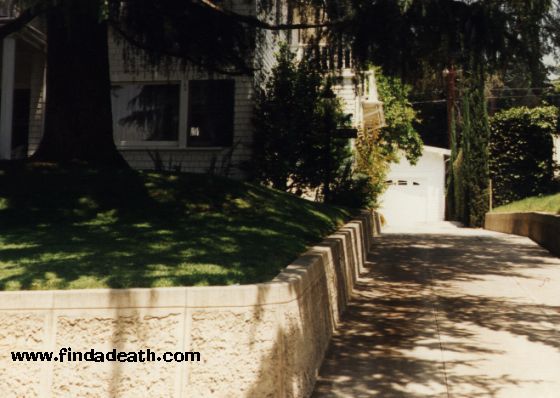 Her hair had been hacked off with a razor blade, and what was left of it, was tied with a strip from a plastic grocery bag. Oh yeah, she had teeth missing. Turns out she lost her dental plate. It was sending her signals too, no doubt. The policeman said to her that she had better leave the woodpile, as there are black widow spiders there. Her reply? “Ha! There are much worse things than black widow spiders after me!”

They picked her up, checked her in to the hoo hoo hotel, aka The Olive View Medical Center in Sylmar. 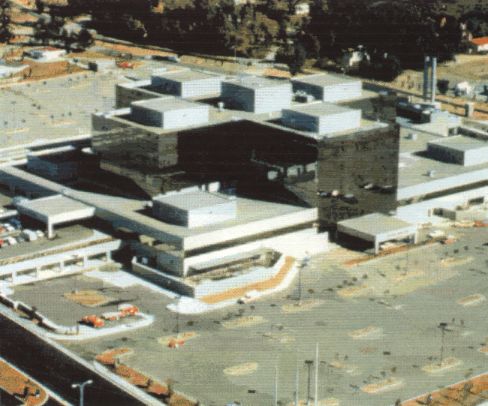 The breakdown was probably caused by a lot of factors. She hadn’t been in a hit film in ages. She had a terrible automobile accident, which left her spine damaged. Then her insurance company dropped her (assholes). She was so broke, she once peddled her jewelry up and down 47th Street, in New York.

Margot seems fine now. She claims that her illness was manic depression, and she’s been treated with acupuncture and therapy. Oh yeah, she takes St. John’s Wort too. If it works, she should be the poster child.

I forgot to mention that I met Margot once.  I was sitting on Hollywood Boulevard – in the hearse I was driving, and she came up to me and asked about the tour – and said, “I should use this in my book.”  This was about a year before her breakdown.  Don’t know if she ever did mention the tour.

Oh yeah, I didn’t even mention The Amityville Horror. I think it’s a brilliant film, and a fantastically scary story. I don’t care if the Lutz’s did lie. I did read a book disproving the whole story called, “The Amityville Conspiracy,” which WAS interesting. These people went to such great lengths to discredit everyone involved with the Lutz’s story. They are sopetty and bitchy, which is the best part. My theory was that the author was jealous of all the attention others were getting. Sad part about it, the author died before his book was even published! Too bad. Karma karma karma. It is a fun read. If you are interested in it – check it out here. Oh, and give my love to Jody.