I refuse to be buried until that bridge is restored.

Mary Jackson was best known as one of the dotty old Baldwin Sisters in the television program, The Waltons, but she had many other credits on stage and screen. On The Waltons, Mary played “Miss Emily” and Helen Kleeb (died 2003) played “Miss Mamie”, two spinster sisters known for bootlegging “the recipe.” They were in the show from the beginning (although not the pilot), and in every reunion since then.

Mary originally came from Michigan.  While I was home last Christmas, I decided to do something about Mary. Although she left her hometown of Milford, Michigan, she returned often, staying in her 19th century home on Canal Street in which she and her mother were born. 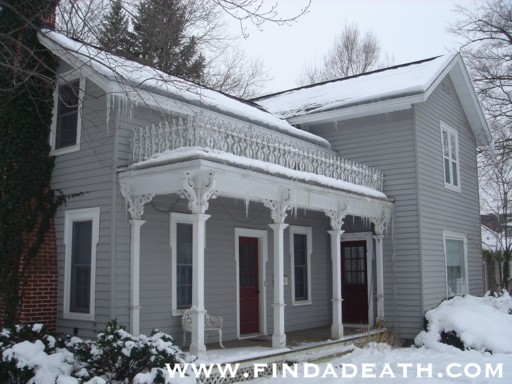 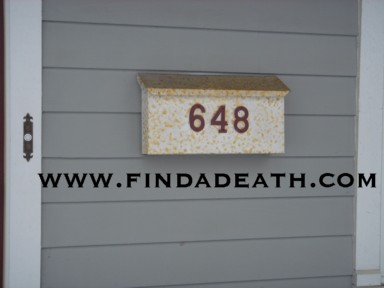 In 1997 she suffered a stroke that affected her speech, and had also been diagnosed with Parkinson’s. She was living in a one-bedroom apartment in this home in Hollywood at the time of her death, and had two caretakers – one named Rudy. 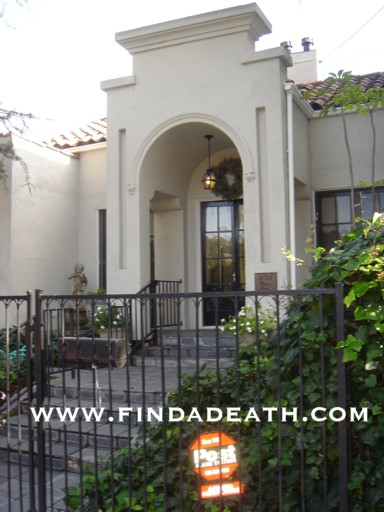 Visitation and her funeral were held at the Lynch & Sons Funeral Home in Milford, in this lovely room. 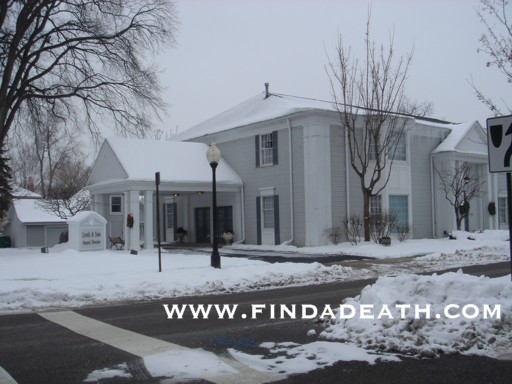 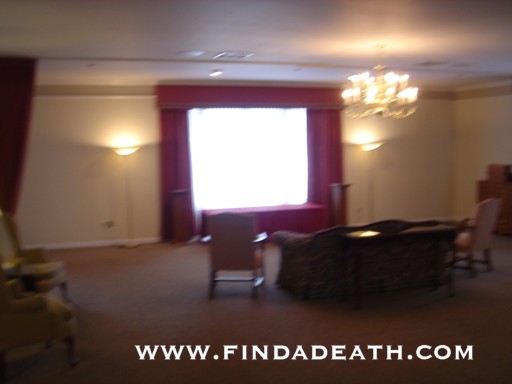 Tillie, my new pal, went to the visitation, and filled me in on the details, “Mary was in a closed, solid oak, old-fashioned coffin, which was selected for her personally by Mr. Lynch. 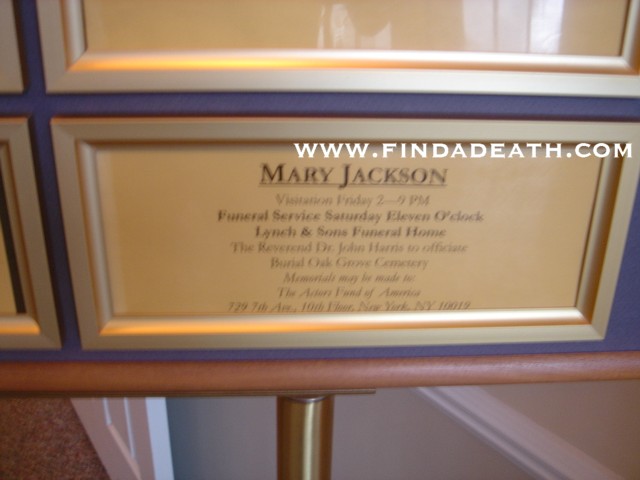 The coffin had ornamental brass bolts securing the lid.”  Guests were given this memorial pamphlet. 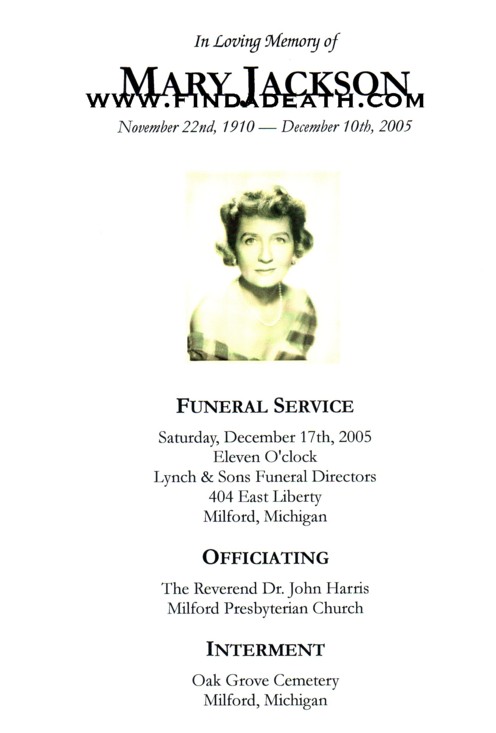 There were loads of flowers, and donations were accepted to the Actors Fund. Beautiful photographs of Mary’s life were also on display.

After scoping out the funeral home, Tillie and I ventured to the old cemetery where Mary was buried. 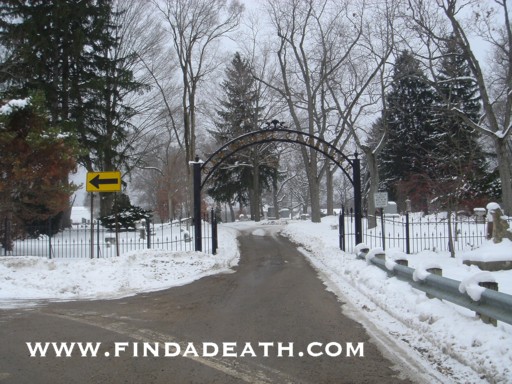 Since it was only a few days prior to the service, Mary’s grave was easy to spot in her family plot – as it was already marked, and rather fresh. 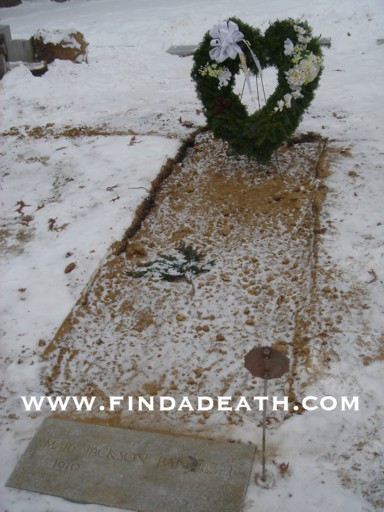 Rest in Peace, Mary.  You deserve it.  Thanks to my buddy my pal, writer Lisa Burks, for hooking me up with her way cool mom, Tillie.  Take a bow please. 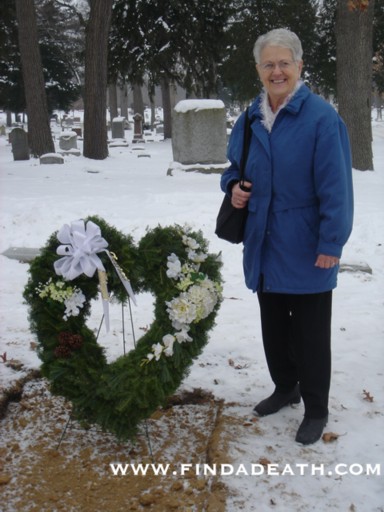 In 1988, Mary spearheaded a drive to have the Oak Grove Cemetery Bridge successfully restored, 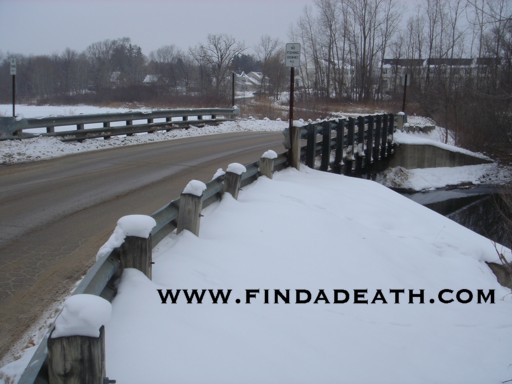 and it’s now marked with this lovely plaque. 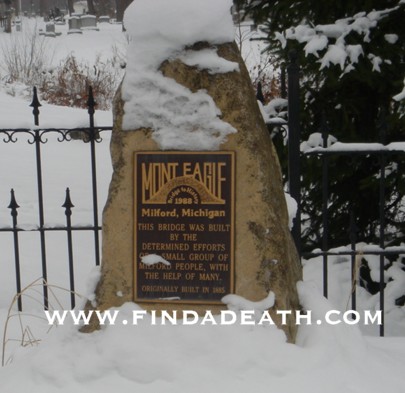