The holy woman who would not die. Going through her file: December ’91- clogged arteries. July ’93 – exhaustion. November ’96 – breathing problems. December ’96 – kidney and lung problems. She makes it all the way to September of 1997, then dies the night before Diana Princess of Wales’ funeral. It’s like God’s big joke. I mean, at any other time, she would have been TOP STORY. Well, she always dug humility.

Interestingly, while she was in the hospital for heart troubles shortly before her death, she was also suffering from sleeping problems. No biggie, you say? Not for her. They gave her an exorcism. Yes. This is the explanation given by some Archbishop, “Mother Teresa was not possessed … it did not hurt her sanctity.” Heh. He said titty. “Human dimension in a saint is quite normal. There was no medical reason for (her sleeping problem) and it struck me that there could be some evil spirit that was trying to disturb her. He said that he had subsequently asked — with the nun’s consent — for a priest to perform an exorcism. Mother Teresa participated in a “prayer of perfection” (as you do) and slept peacefully after that.” Most people would take a Sominex.”

On Friday, the 5th of September, she died in the hospital of a heart attack. Her last words were, “I can’t breathe.” She couldn’t.

Her body was put in an open casket and was taken to the chapel on the grounds of her order on Sunday the 7th, then taken by ambulance to St. Thomas’s Church in Calcutta, where she lay in state for a week until her funeral. She was placed under a glass case on a four-foot platform, draped in white and blue tea towels. Thousands of people filed pass her open casket.

On the 13th of September, after Diana was long gone, Mother Theresa’s funeral took place.

The gun carriage that carried Mahatma Ghandi and Nehru’s bodies was used to carry Mother Theresa to a service in Netaji Stadium. 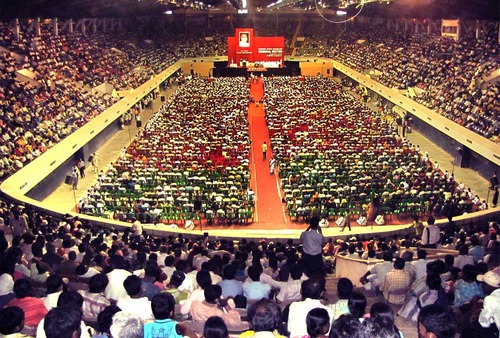 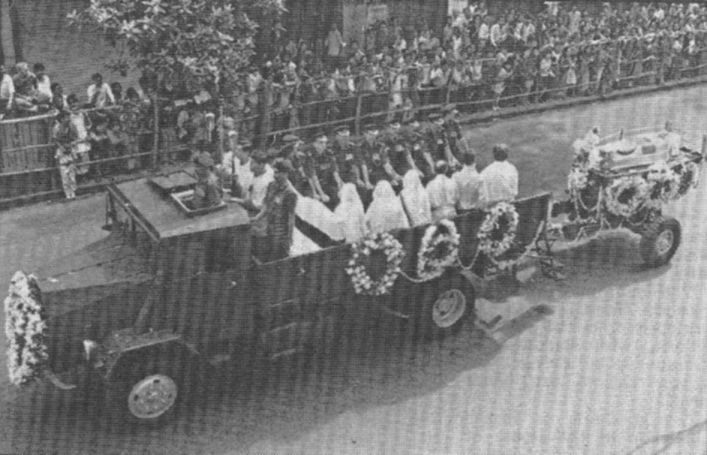 Hymns were sung in Bengali and Hindi, and “Abide With Me” was sung in English.

Military pallbearers carried her back to her Missionaries of Charity Order, where she was entombed in an antechamber. 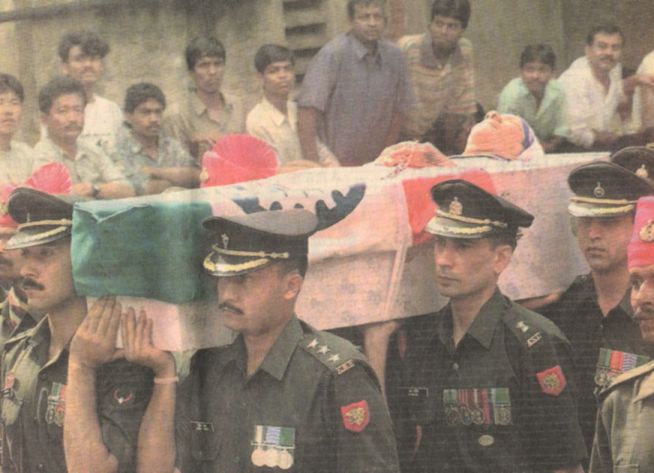 Soldiers fired volleys. I don’t get that. That and Diana’s funeral. What’s with the guns?

Trivia: In March of 1997, The Bongo Java coffee house in Nashville, which makes cinnamon rolls, discovered one that looked a lot like Mother Teresa. They call it the NunBun and put it in a display case. Hundreds flocked in to see this odd apparition, or to steal a joke – Immaculate Confection. Teresa’s people get wind of it, and Teresa herself sends a letter stating, “My legal counsel has written asking you to stop, and now I am personally asking you to stop.” No sense of humour, her. 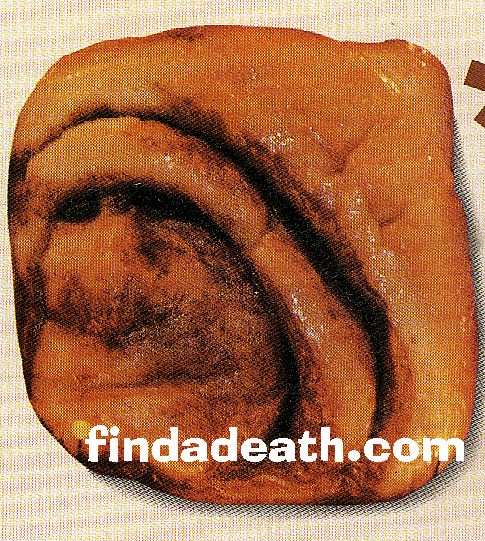 More: She had a free travel pass on Indian railways and Indian Airways.

Cut to 2001 – Aggie is up for Sainthood. Usually there is a 5-year waiting period after the person dies, but the Pope waived it, and put her on the fast track. Just like Heathrow.

One miracle — and I think this it’s a stretch — involves a woman named Mrs. Besra. In May of 1998, Besra had a giant tumor in her uterus. She left her husband and kids, and hobbled to the Charity that Teresa founded. She says, “For two months I had severe pain, terrible pain, and I was crying. I was not able to sleep (Don’t get me started. Why was it good enough for the nun?), and I couldn’t stand straight. The sisters gave me medicine, but the pain was still there. So after awhile, none of this works, and the sisters try their own voodoo.

On the first anniversary of Teresa’s death, the nuns tied a silver medallion that graced Teresa’s dead body on to Besra’s stomach, using a piece of black thread. I would be like, “What is that? What? WHAT?!!! GET THE HELL AWAY FROM ME!” Besra thought otherwise. As she fell asleep, the nuns prayed and wept, holding Besra’s stomach. When she woke up the next morning, the tumor had miraculously disappeared. TA DA! Sounds like a saint to me. Number two? 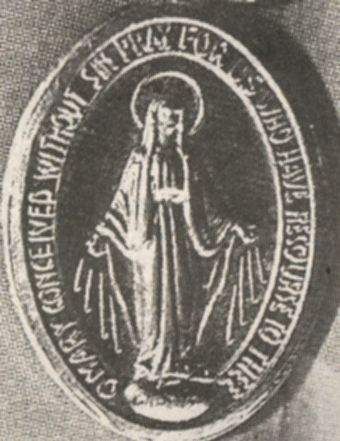 November, 2002 – From Findadeath.com friend Darrin Griffiths:  Hi it was recently in the papers here (Australia), that Mrs Besra had never had a tumour, it was instead a blockage that cleared naturally (YUK!). I also recall that the Vatican had accepted that this was not a miracle.

P.S. Christopher Hitchens wrote a book about her revealing her dealings with Baby Doc Duvalier and Charles Keating who donated a shit load of other people’s money to her and she refused to return it when it was proved to be stolen. She is also said to have had nothing but the best available medical attention for herself but told sick underlings that they needed to pray harder to get better.

One thought on “Mother Teresa”