I don’t know how we’re going to explain to our friends that we spent several years with people who aren’t even in the social register.

Natalie Schaefer played Mrs. Howell. Interestingly, she was already postmenopausal, and just as posh, when Gilligan’s Island hit the air in 1964! And don’t ask me about Natalie and the Planter’s Cheese Balls. Fantastically gory story, but too damn gross. I don’t know much about her disease, but I do know that some time during her later years, she had a double mastectomy. She lived on Rodeo Drive, in Beverly Hills. Her house was at number 514. 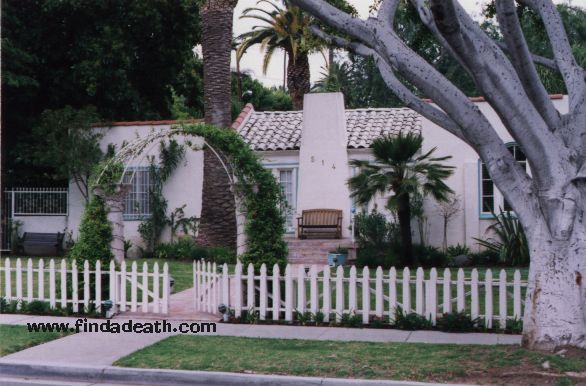 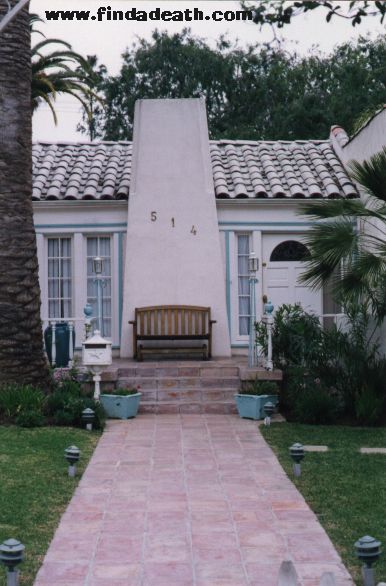 It was in this house that Lovey died, on Wednesday, April 10th, 1991. Cancer. She was 90 years old. NINETY! She must have left a butt load of money to the Motion Picture Country Home and Hospital, because there is now a Natalie Schaefer wing. 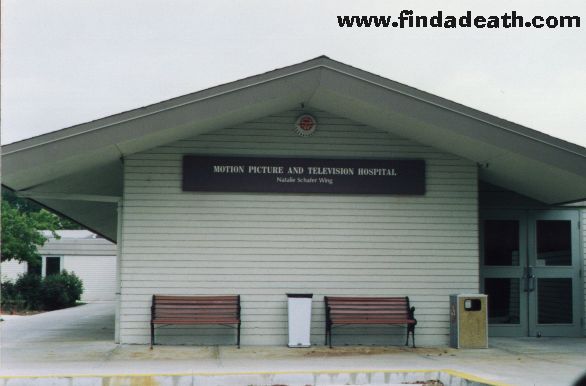 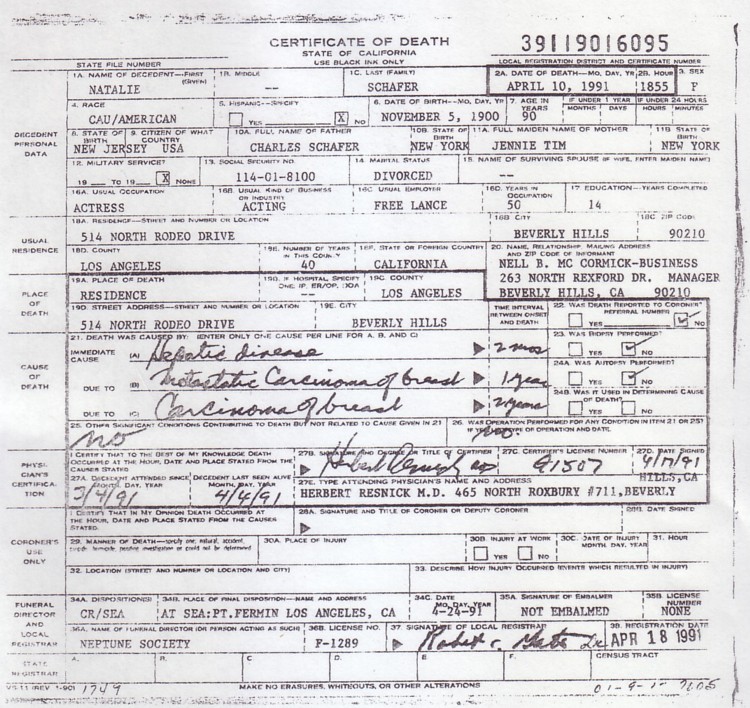 Like the Skipper, she was cremated and scattered at sea.

Unfortunately, in February of 2005 Natalie’s house on Rodeo Drive has bit the big one. I have rescued a few tiny pieces, that one day will grace a Findadeath museum.  Rest in Pieces. 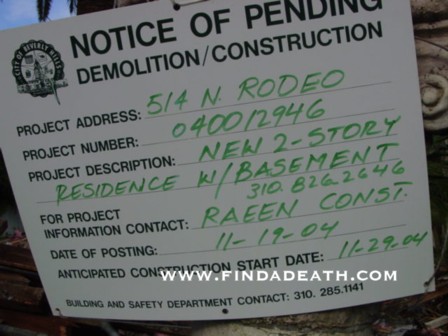 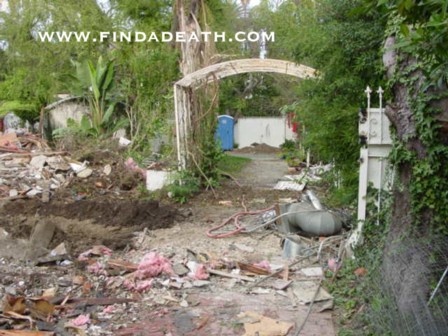 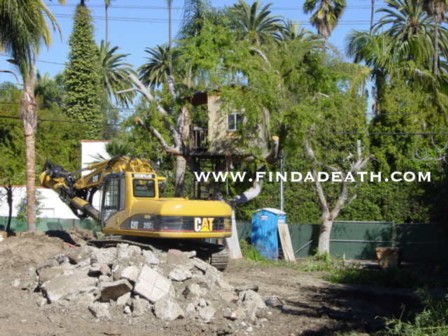 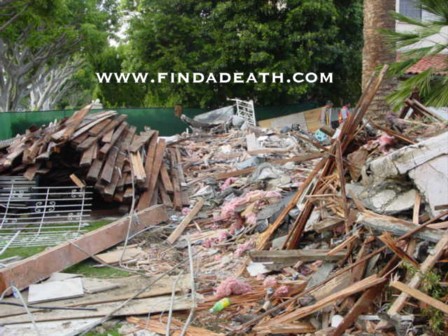 Update Jan 2000: Findadeath.com friend Kenny Hom sent me a fantastic interview with Natalie and her friends. It goes into detail about what a great, funny lady she was. It also tells us that Natalie had been diagnosed with severe liver cancer, and died in her sleep. None of her friends knew how old Natalie was, and two weeks before she died, she told friends (she had no immediate family) that she wanted her obituaries to read that she was 90 years old. Smug that she had fooled so many, for so long. Her last words to anyone were, “I’m gonna take a pain pill.”

There was a memorial cocktail party held at Natalie’s house. About 30 of her friends gathered and laughed.

You mentioned that Natalie Schaefer endowed a wing at the Motion Picture home. Are you familiar with the odd story of her estate? She left more than $3 million to her favorite teacup poodle, which caused quite a bit of legal maneuvering among her nieces and nephews. The will was solid, however, so there was a poodle with a bank account to match its attitude until the funds rolled over to the Motion Picture home upon her (the poodle’s) death.

I believe she also left a good bit to Dawn “Mary Ann” Wells (official supplier of Denver weed), who lived with her through her final illness. Dawn Wells has earned most of her post-Gilligan money from Wishing-Wells, a clothing company she owns for invalids. (Perhaps Natalie modeled for her in the final days (She did! – S) and from an odd wigwam acting camp in Idaho.

Most of Ms. Schaefer’s fortune came from investments in the golden era of Hollywood. Her first husband, Louis Calherne, was a contract player at a time when valley real estate was still attainable. The house on Rodeo Drive was purchased for $50,000 in the Forties, and worth millions by the time of her death.

These guys, for a lot of us, were our best friends when we were growing up. We loved spending time with them, and they never judged us. Heaven.

In May of 1991, just after Natalie died, Sherwood Schwartz took out this ad in the Hollywood reporter. I couldn’t have said it better. 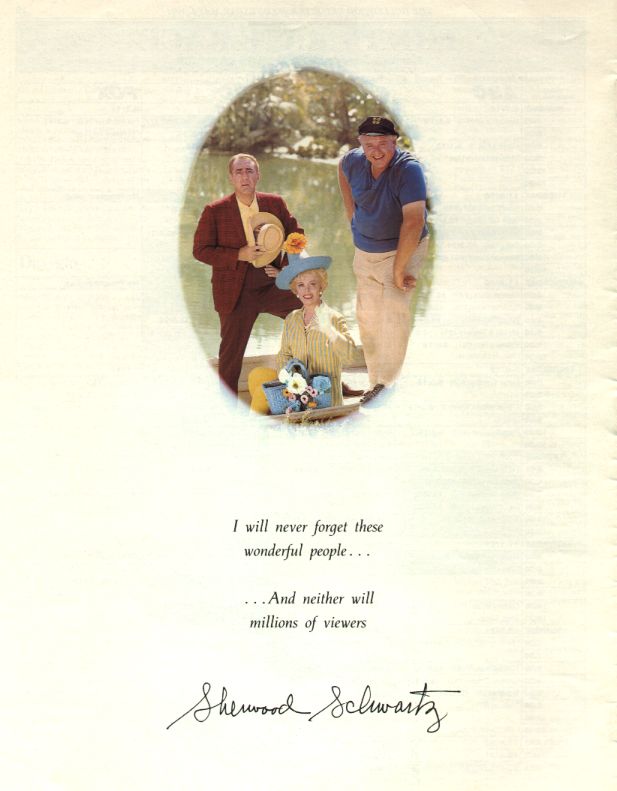