White boys are so sexy. Legs so long and lean. Love those sprayed-on trousers. Love the love machine.

I’ve been listening to the soundtrack to HAIR recently. I know I’m enforcing a stereotype here, but the music is really good. It also figures in to the history of Rocky Horror, another favorite of mine. I remember when the play HAIR was out originally and my mom had the music, which I had all the “dirty” parts memorized. I also remember singing the Carbon Monoxide song at a birthday party, for about a dozen other 8 year olds, and remember the pained expression on the mom’s face that was hosting. It was one of the defining moments of my childhood.

I was thrilled when the film came out and saw it about 8 times that summer. What a liberating time the hippy sixties were. Treat Williams, Jon Savage and Beverly D’Angelo all looked great, clothed AND naked. But it wasn’t about sex, it was incidental, though to my brain it was about sex. One other star to come out that film was Nell Carter, though she was not much more than a glorified extra in the flick when she sang the lyric above.

She won a Tony award for Ain’t Misbehavin‘ and became a household name in Gimme a Break which ran from 1981 to 1987.  Nell Carter’s career can be pretty much summed uphere.

Nell had been diagnosed with diabetes for years, she had an addiction to cocaine, attempted suicide twice and in 1992 underwent brain surgery to remove an aneurysm.  She also suffered two divorces, suicide attempts and a friendship with Whitney Houston.

Nell lived in Beverly Hills, just off of Olympic – in this building.

Nell was found dead by one of her 2 adopted sons (she had a girl as well) in her home on January 23, 2003 at the age of 54. The cause of death was heart disease with a dash of diabetes. There was a provision in her will that no autopsy be performed, and with respect to that, the coroner ruled that the cause was “probable” rather than definitive.

The cause of death was: PROBABLE ARTERIOSCLEROTIC HEART DISEASE with Diabetes Mellitus under “Other Conditions” and the death was ruled a Natural death by the Coroner.

No autopsy was performed by the Coroner (hence the term “Probable” in the final cause of death.  Ms. Carter did have a legal prior document dictating that no autopsy be performed and absent foul play or public health, we are unlikely to overrule the document.  We did draw a blood specimen for toxicology testing.  Other than that, Ms. Carter received an external physical examination by a Forensic Pathologist and was then released to the legal next of kin’s mortuary preference.

The toxicology report was negative with less than therapeutic levels of three Rx drugs and a BA of 18%. 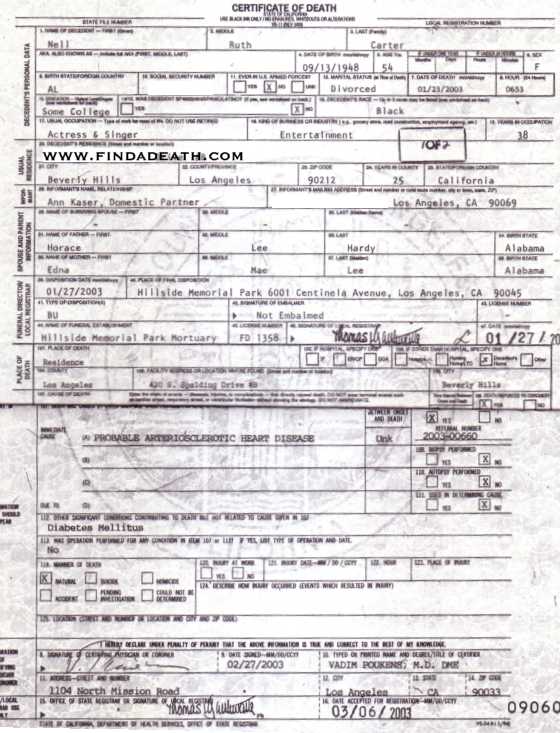 She lived right around the corner from Beverly Hills High School, which boasts an oil well on the property. 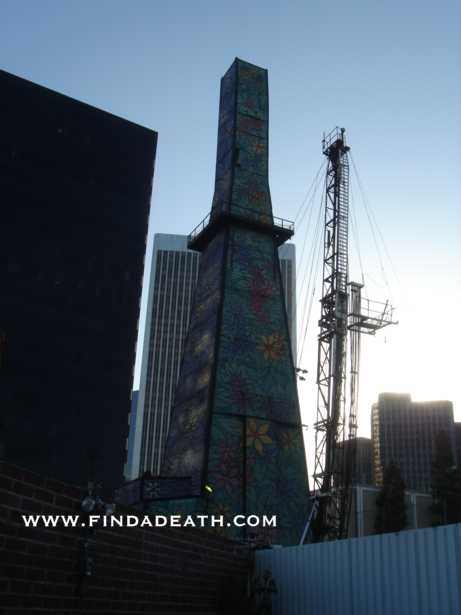 There were (may still be) law suits for years, because of people falling ill at the school, claiming the oil well is responsible.

Nell was in rehearsal to be the lead in the play “Raisin” when she passed away, the role was taken over by Carol Dennis. A funeral was held that Monday at Hillside Memorial Park, where she is now interred.

Findadeath friend Carla sends me this: I happened to run across a site the other night about gay and lesbian celebrities. To my surprise, Nell Carter was on the list. It said to her family’s surprise, after her death, that she had less than $200 in her account, and that she had left her adopted children to her domestic partner. I was amazed! Nell Carter! Thanks Carla, who knew that this 4 foot 11 inch black girl from Alabama would end up to be at least a bisexual Jewish woman? She converted in 1982 because she “believed in the Old Testament” and often voiced her support for Republican politics and President Bush.

Trivia:  This is Nell’s mailbox. 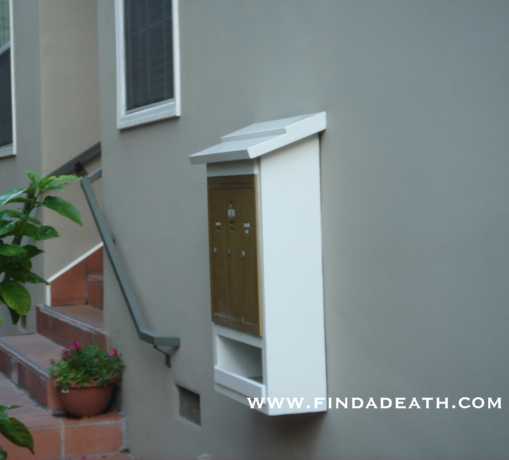