The man above was the inspiration for the character Peter Pan, written by JM Barrie.

JM Barrie was a writer, and a colorful character, which you can learn all about here. According to sources, J. M. Barrie latched on to the Davies boys, and his relationship was borderline creepy. He became obsessed with them, Peter in particular. The Davies family became Barrie’s surrogate family. The film Finding Neverland is based on this story.

Little back story: Barrie lost a brother in a skating accident. To help his mother cope, he used to mimic his dead brother’s voice and dress in his clothes. EEk.

On April 1960, little Peter Pan had had enough. “While the balance of his mind was disturbed,” Peter stumbled from his home at the Royal Court Hotel in Sloane Square (now called the Sloane Square Hotel), 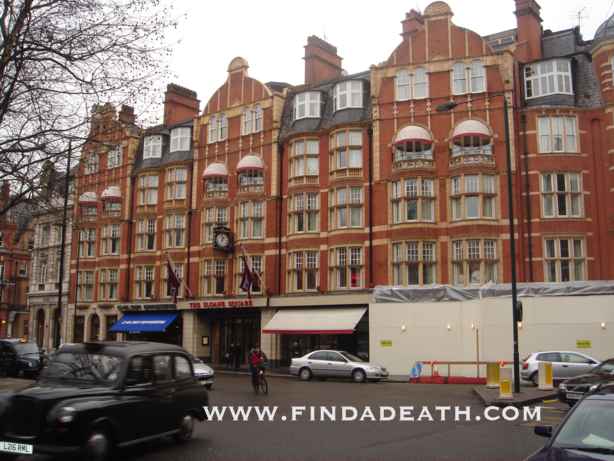 ambled past the future birthplace of The Rocky Horror Show (The Royal Court Theater), bought a ticket for the Underground at the Sloane Square tube station. 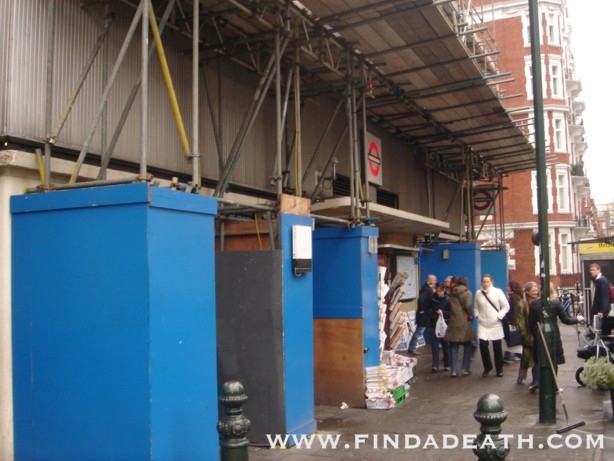 I keep hoping more pictures from that day will surface, so if any of you are reading this, please send them. Especially the photo with me as a pregnant Sharon Tate. (It sounds worse than it was.)

Anyway, this is the path that Davies would have walked. It was probably not under construction at the time. Wait. It probably was. London ALWAYS is.

He waited on the platform for just the right moment, and leapt. 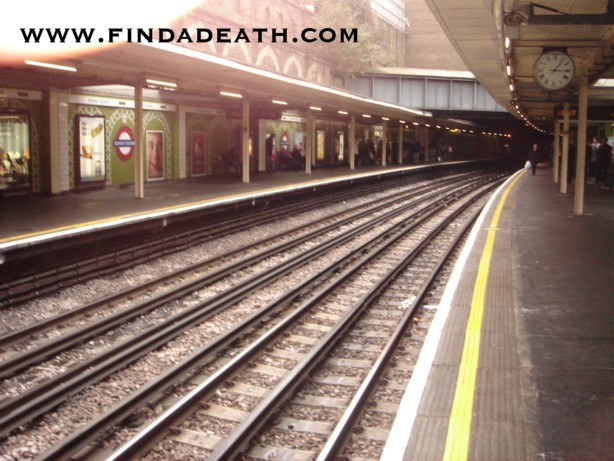 Peter Pan was rushed to St. George’s Hospital in Westminster where he died on 30 April, 1960. He was 63 years old.

When JM Barrie died, he left the royalties to Peter Pan to the Hospital for Sick Children in Great Ormond Street, London. 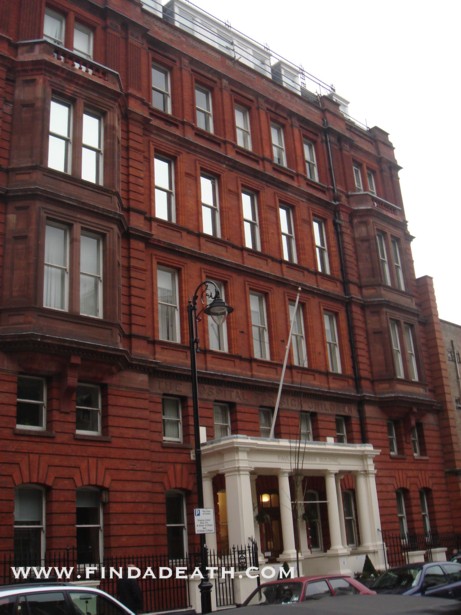 There is a statue of Peter Pan and Tinkerbell located on the Hospital grounds. 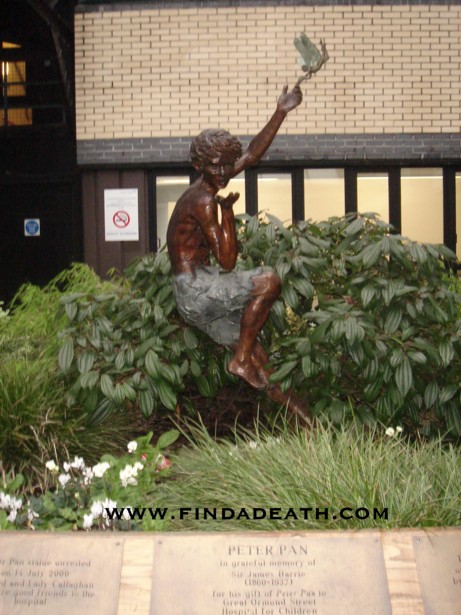 I’ll bet it makes Disney nuts, that they don’t own it outright. Nuts.

There is another statue of Peter Pan in Kensington Gardens, where Barrie used to play with the Davies boys.

Sounds like there really is a Peter Pan curse. I am glad that Johnny Depp’s little girl is doing well.

Get a loada this one. 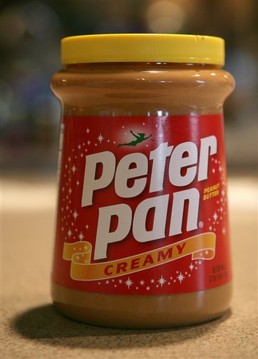 The recent recall of Peter Pan and Great Value peanut butter products is being extended. The recall was initiated due to the products connection to an outbreak of salmonella food poisoning in the US.

ConAgra, the manufacturer of both brands, and the US Food and Drug Administration (FDA) are now extending the recall to include all jars of Peter Pan and Great Value peanut butter beginning with the product code 2111, and peanut butter toppings purchased since October 2004.

Salmonella is a bacterium that causes serious illness. Symptoms of infection can include diarrhea, fever, dehydration, abdominal pain and vomiting.

But this is not why we are here. Another reason we are not here, is that Disney has (yet again) released Peter Pan on DVD recently, making every other disc or video you alREADY purchased, irrelevant and substandard. (ooh, just realized that keeping that Disney link/window open, it makes for great background music whilst you read this).