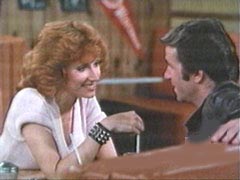 “I walked out the door of my home, aimed the shotgun at the car and started shooting from the hip like there was no tomorrow.”

Roz Kelly played the character Pinky Tuscadero on the show Happy Days, in three episodes.  Three.  I don’t think there is a person over the age of 40 that doesn’t remember this vividly, and with fondness.  I thought she was hot hot hot.

I’ve read online that she was supposed to be more of a regular on the show, but she was difficult, so they let her go.

In early November of 1998, Pinky flipped.  It was a car alarm that set her off.  We’ve all been there.  She’d been trying to catch up on sleep, and according to her this alarm was a regular nuisance.  It was an Acura owned by Maximino Moralez, that pushed the pink button.  She grabbed her 12 gauge Winchester and headed out the door down to this street. 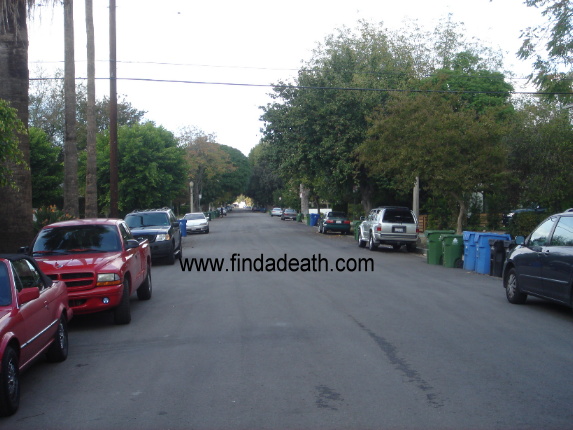 She shot the Acura, a Mercury Topaz, then smashed a window with the barrel of the rifle and shot into a living room of a nearby apartment in which a Death Hag was the tenant.  TRUE!

In June of 2001 it was published that Roz had overdosed on painkillers, but has recovered.