Remembering my first night on television, I tried very hard to be calm, cool, collected and to act poised and with dignity, but my pounding heart I felt could be heard all around the nation, especially in Kokomo, Indiana. Why Kokomo, I don’t know.

She was a Detroit television icon.

She was singing with big bands when a television executive met her at a gig and offered her the job as the first female weather caster.

She also appeared once in the western Big Valley. Listen, in Detroit that was huge. (I remember we had a traffic helicopter reporter named Jo Jo Shutty McGregor who had A LINE in an episode of Barnaby Jones. The channel did special commercials for that shit.)

Lovely Rita was best known for her morning movie show, Prize Movie.  When television went from black and white to color, The hostess introduced over 6000 movies in the show’s 21-year-run, making her Detroit Royalty.

I became a fan of Al Hirt because she used Cotton Candy for her theme song.

In one of the most beloved segments of her show, Rita would phone people and ask them to identify a song she which she played a snippet of. The prizes ranged from cash ($7 to the winner, if they flubbed it, it would go in the pot for the next call) to electric can openers.

Back in the early 70’s, a pal of mine and I had a thing for making prank phone calls.  Once, before my voice changed, I got my portable record player out and phoned some random man from the phone book.  I pretended to be Rita.  Honest.  I played a song and told the guy he would win a Speed Queen Washer and Dryer.  He was terrific and played along.  I don’t remember if he guessed it right.

After Rita’s show was cancelled to make way for the new wave of morning programming (think AM Detroit, AM Chicago, AM etc, or Phil Donahue…) Rita retired and moved with her husband Jerome Hanson to San Diego.  Jerome was a retired reporter from the Detroit Free Press.  According to some reports Rita became a media consultant, I’ve also heard she was selling real estate.

Either way, this is where she lived. 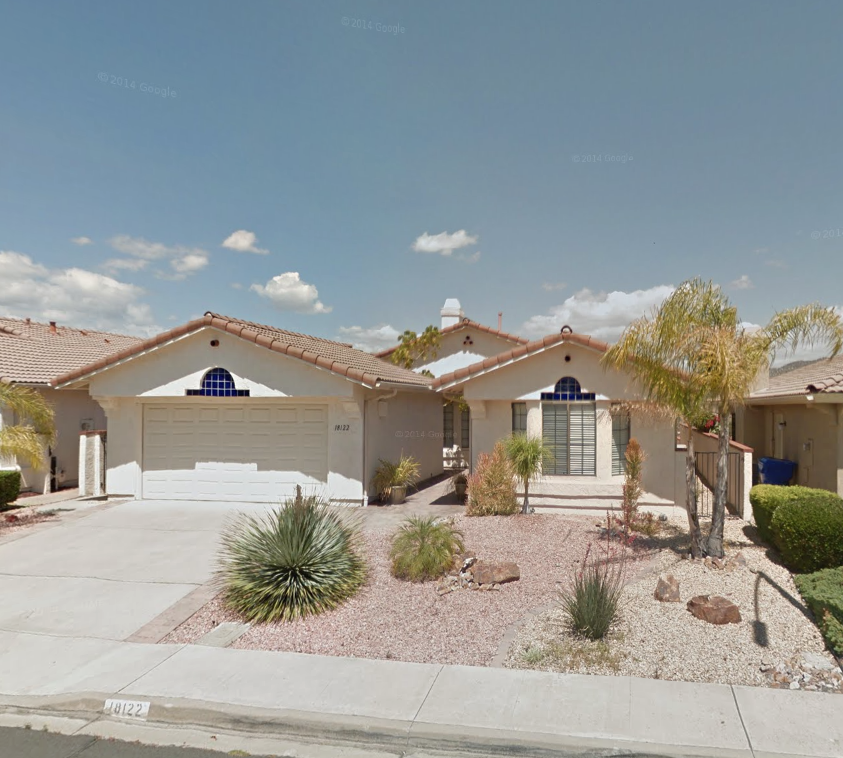 This is also where she died.  The Bell tolled for Rita on Tuesday, December 9. Colon cancer. 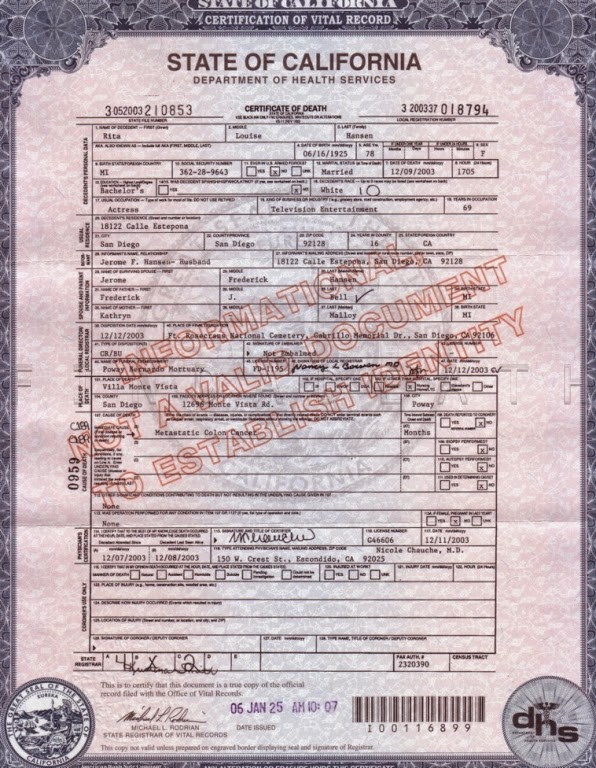 Her husband must have been ex-military. A memorial mass was held and Rita is inurned in Ft. Rosecrans National Cemetary in San Diego. 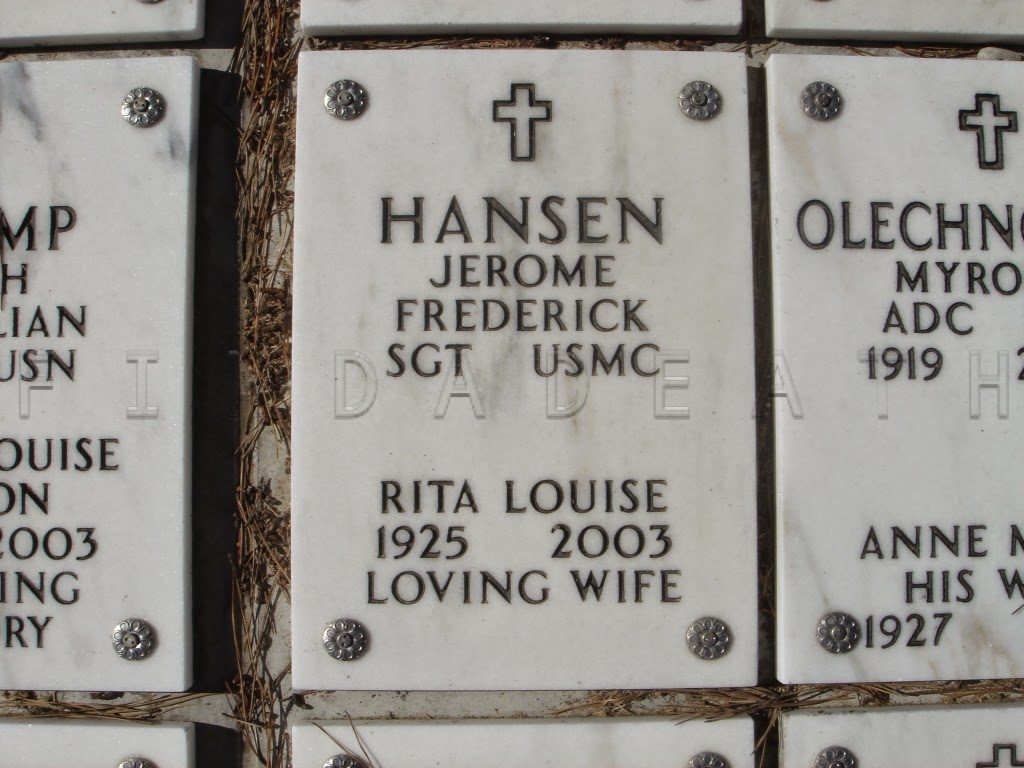 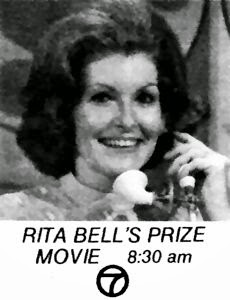 Her shit got auctioned.  I am so jealous.

One thought on “Rita Bell”