Don’t turn on the light.

Rondo Hatton, the name conjures up a monster who needed no makeup, a man who made a slew of good/bad movies, and is best known “The Creeper” in House of Horrors.  It was because of his unfortunate appearance,  he made serious lemonade and became somewhat of a film staple.

In life, Rondo was a gentle giant – deeply caring and religious.  He was born on Apr 22, 1894 in Hagerstown Maryland. He attended Hillsborough High School.

In his senior year he excelled in football, the high jump, the pole vault and other sports. He had no problem attracting the opposite sex with his boyish lean good looks.

During WWI he joined the National Guard, and it was during this time that an accident occurred, changing Rondo’s life forever.  While fighting near Paris, Rondo inhaled a high amount of German Poison gas. He was hospitalized with damaged lungs, and developed Acromegaly.  This affliction attacks the pituitary, causing an increased secretion of the growth hormones. The result is a monstrous disfigurement of the skeletal structure of the face, hands and feet.  The doctors were sure it was from the poison gas he inhaled. 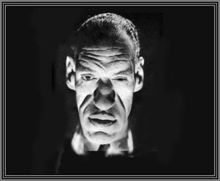 Rondo was lucky to be alive at all, and upon recovery found employment with The Tampa Daily Times as a writer and this provided another more fortunate twist of fate.  He was given an assignment to cover the first movie shot in Florida, Hell Harbor.

The director, Henry King, took one look at Rondo’s brutish face and convinced him to take a part in the picture.

After the picture was completed, he went back to his writing career.  Bitten by the bug, in 1936 Rondo decided to try his luck in pictures again.  He moved to Hollywood and contacted Henry King, setting Rondo off on his horror career as a brutish man in many pictures.

Rondo settled into a house on, Maple Drive In Beverly Hills, which is long gone. Instead, this hideous stucco thing stands in its place. 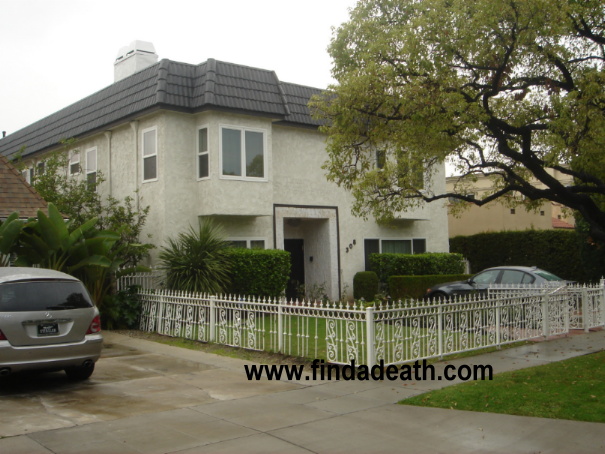 Following completion of The Brute Man in Nov, 1945 he made travel arrangements to visit Tampa the following February.  Sadly, he never made the trip alive.

That Christmas in LA Rondo had went to some neighbor’s house for a party.  Rondo returned home to pick up a potted plant for the neighbor, when he did not return they soon found Rondo outside, dazed, with the flowerpot smashed at his feet.  Doctors had concluded he had a mild heart seizure.

On the evening of Feb 2, 1946 Rondo was taking a shower.  His friend Tom Kaney was in the living room reading a paper, when he heard Rondo fall. He entered the bathroom and found Rondo sitting on the edge of the tub with his head down saying he didn’t feel well. The fire department was called. Upon their arrival, Rondo was still alive, but he passed away just a short time later.  Cause of death:  Coronary Thrombosis brought on by Rondo’s Acromegaly condition. 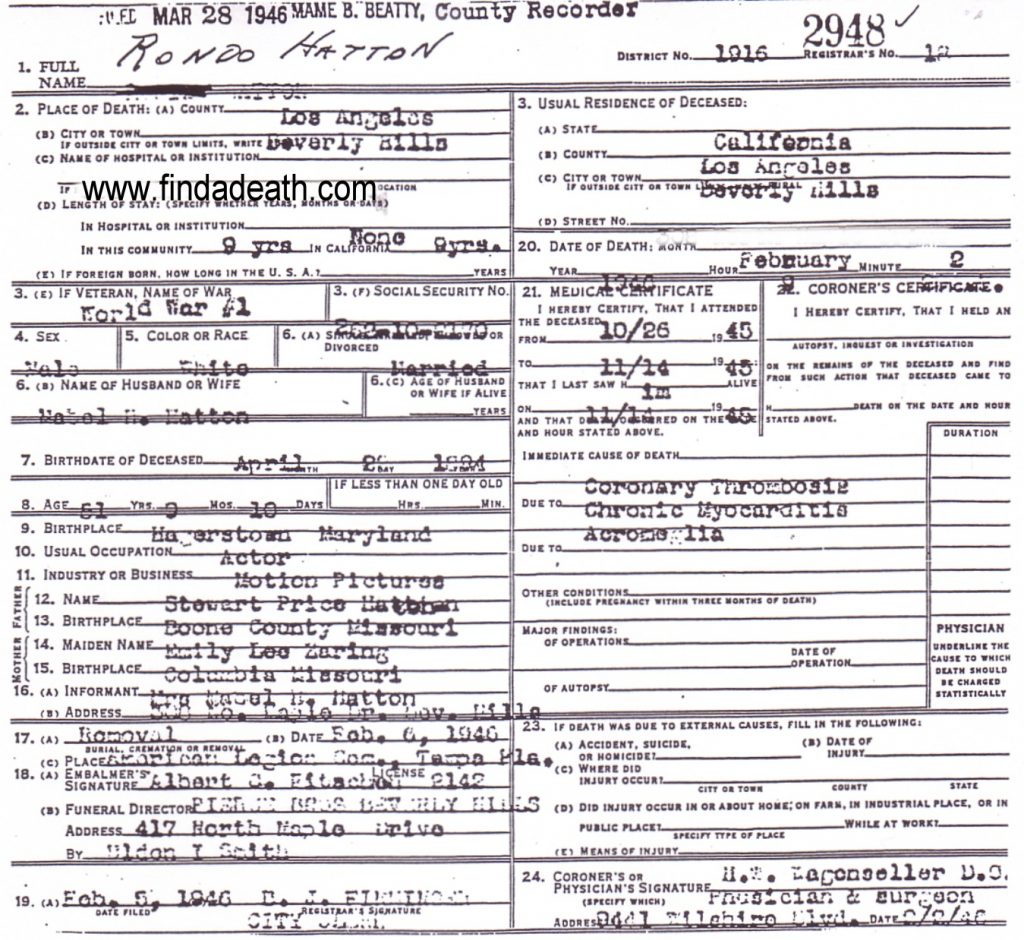 The Twilight Zone moment here, is that Rondo had originally scheduled his trip to Tampa for Feb 11.  This is the day Pierce Brothers of Beverly Hills shipped Rondo back to Tampa in a beautiful mahogany finished redwood casket.  Rondo’s parents and wife accompanied his body, which was buried in the American Legion Cemetery.

I recently watched the Disney Flick, The Rocketeer.  In it, there was an actor made up to look like Rondo.  They claim to have done it as a tribute.  I found it uncomfortable.  Take it for what it’s worth. 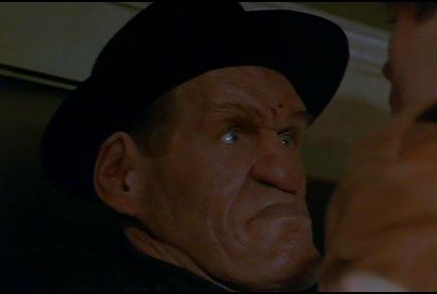 Rondo even inspired a Horror award.

One thought on “Rondo Hatton”