One of my favorite jobs was as a projectionist.  I shouldn’t say one, because I worked as a projectionist in three different theaters in the Detroit area.  First the Alger on E. Warren, the Madison in downtown Detroit, and the Shores in St. Clair Shores.

The Madison was the best though.  You can read it’s history here.  This is what it looked like when it first opened.  An amazing old movie palace. 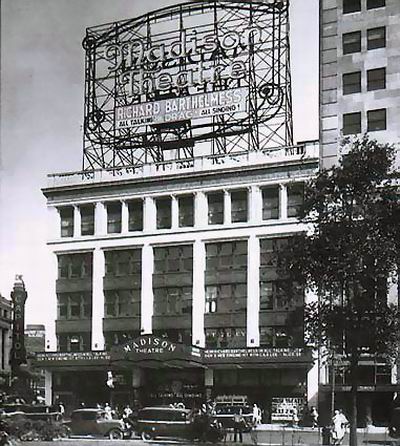 When I worked there, they mostly showed karate flicks.  I remember there was an attempted child rape on Easter Sunday, while I was showing some kiddie flick.  Yes.  I remember a mouse falling in the popcorn butter, and just being scooped out.  Yes.  I remember rats running across the aisle and people sitting on the tops of the chair backs.  Yes.

I used to love wandering around the old offices on the upper floors, long vacated.  It was great to have the place to myself, in between 20 minute reel changes.

Eventually the place closed down and sat vacant for years.

Because of the weather in the Midwest, the place really fell apart fast.  There was a photographer that broke in and took these amazing snaps with colored gels.  I’d love copies from the original negatives. 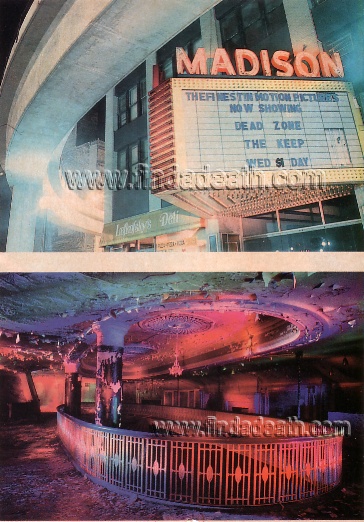 A couple of years ago, I passed my old place of employment, and the marquee was still up.  I would kill for the “N” that fell over.  I even toyed with going back after dark.  I’m such a chicken shit. 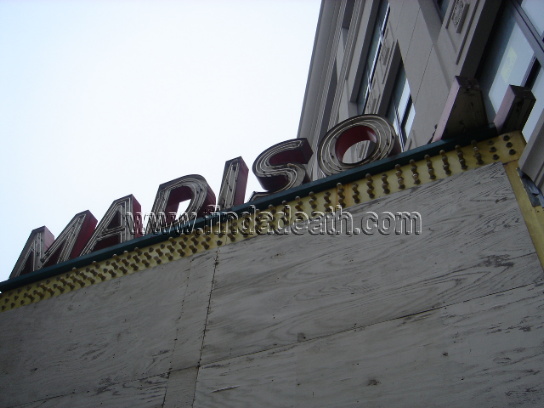 I’ll never get the chance.  Guess what.  It’s gone. 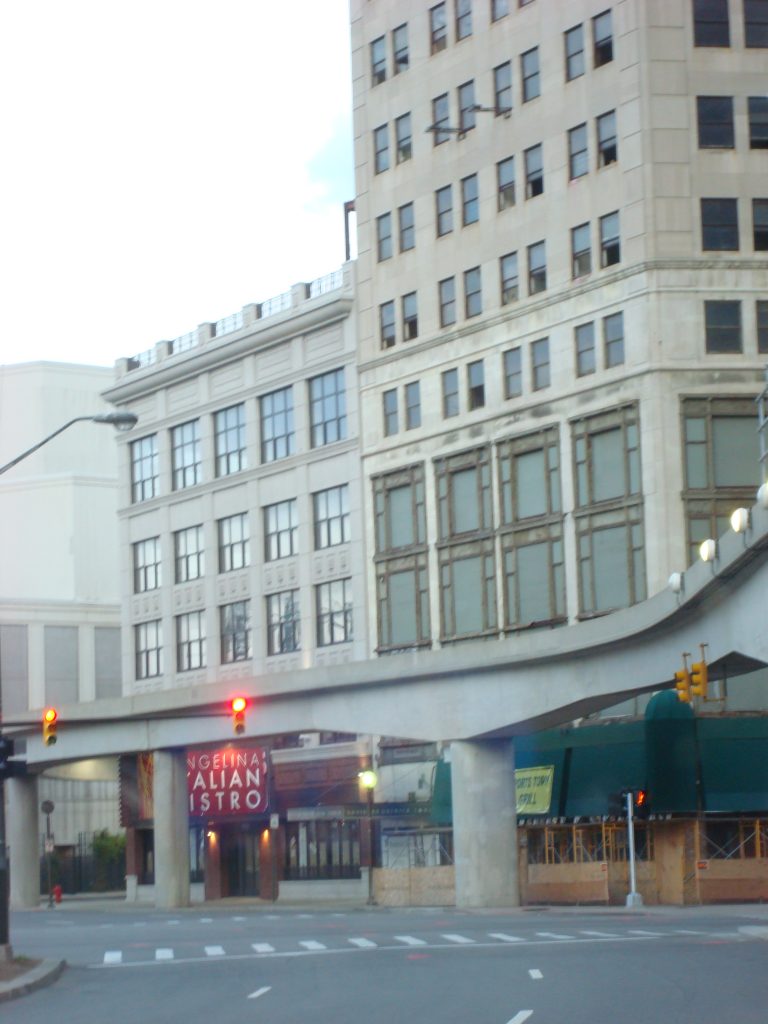