He was best known for his Oscar nominated role as Plato in the film Rebel Without a Cause.

He was renting an apartment in West Hollywood, at 8569 Holloway. 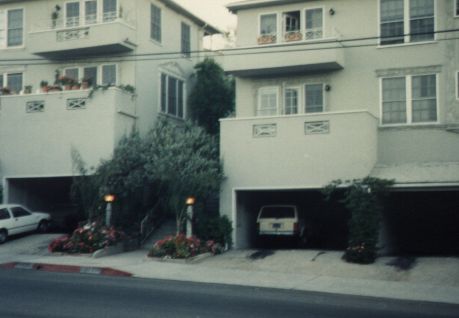 Marvin Mitchelson, the famous lawyer, owned the building. On Thursday, Feb 12, 1976 at about 11:30 p.m., Sal returned home from the Westwood playhouse, where he was rehearsing the play, “P.S. Your Cat is Dead.” He parked his blue Chevelle in the garage, and headed upstairs to his home.

Just outside the garage, a man with a knife confronted him.

Mitchelson’s mom and neighbor Raymond Evans heard Mineo scream, “Help! Help! Oh my God!” Evans rushed to the scene and found Sal lying in a pool of blood trailing 10 feet to the sewers. Evans saw that Sal was losing color in his face and tried giving him mouth to mouth.  The Sheriff arrived and found Sal in the fetal position.  They turned him on his back, cut open his jacket and shirt to attempt resuscitation, but the stab wound was fatal. After 5 or 6 minutes of gasping, Sal was dead at 37.  He was stabbed in the heart. 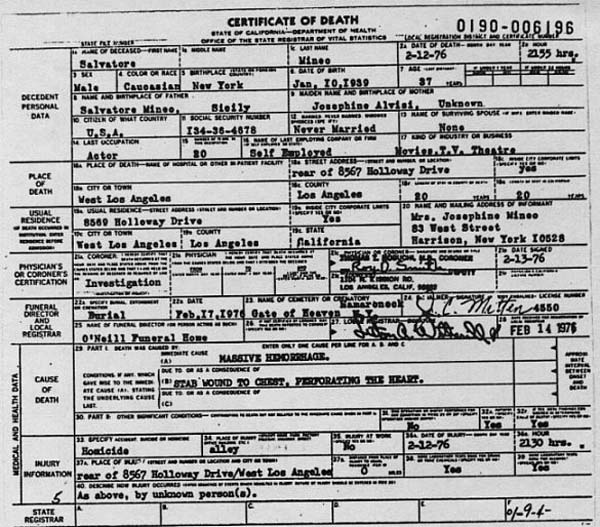 Sal’s possessions that night included 21 dollars in his left jacket pocket, some change in his left pants pocket, and 85 cents was found on the cement underneath Sal.  He also carried a pocket watch on a chain, and a ring on his left index finger.  Police also found several restaurant receipts and 2 cards with names and numbers on them.  Slut.

Police arrived, and sealed off the scene for investigation and covered Sal with a cloth. 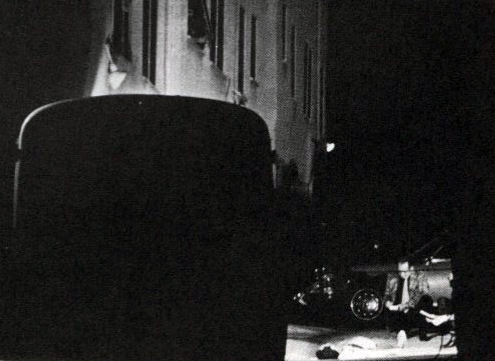 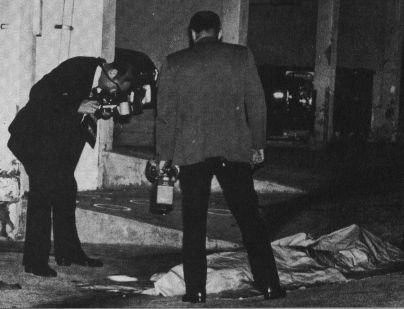 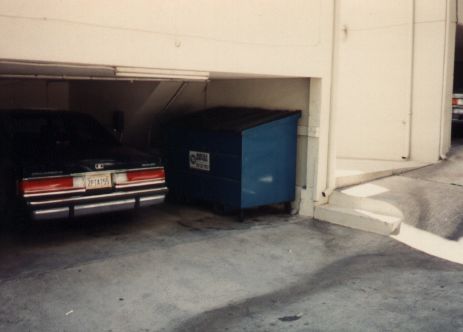 A couple of witnesses saw, “A white male with long hair, dressed in dark clothes running away from the scene.” At first the police thought it might have been a robbery, until Sal’s wallet was found on him. They tried somehow linking the murder to drugs, but that didn’t pan out. They decided that it had to be a gay thing, because that’s what they do, isn’t it?

Taken from Patricia Fox-Sheinwold’s book Too Young to Die:  He was reported to have had a fondness for sadomasochistic ritual and according to Peter Bogdanovich: “Sal had some strange tastes.”  It is possible that “all of this,” could have played a part in his unsavory death, was the rampant rumor heard around Hollywood.  This – from Peter Bogdanovich.  Riiiiiiiiiiiight.

A memorial service for Sal was scheduled at William Belasco’s home. Belasco was a producing partner, and a close friend. It never took place. Belasco was killed in a car crash the night before.

Sal’s body was flown back east to New York (accompanied by David Cassidy according to one report) for the funeral on the 17th. It was held at Holy Trinity Catholic Church, in Mamaronek, and conducted by Rev. Gerard DiSenso. Sal was in an open brown casket, and probably looked like hell.  The service was attended by Desi Arnaz Jr., Nicholas Ray, Michael Greer, and Sal’s mom, 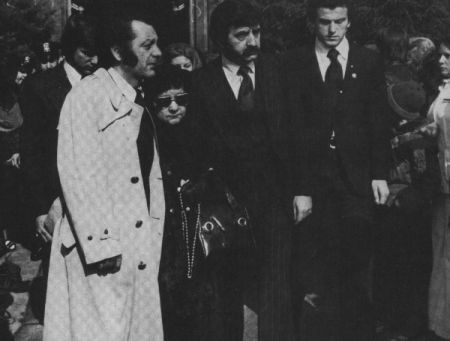 Charles Myers, husband of Mineo’s sister Sarina delivered the eulogy, “He was a rare and very special person, a gentle man whose sensitivity and understanding affected everyone he met.”

Sal is buried next to his father, at Gate of Heaven Cemetery, in Hawthorne, New York. Don’t know if Liz Taylor sent flowers, or not.  My pal Casey Lalonde snapped this fab picture.  Thanks, Casey. 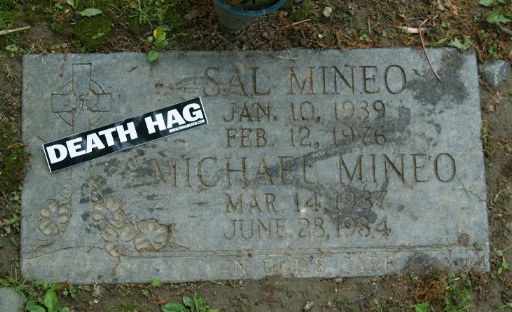 The case was still unsolved for a year and a half, until a Michigan prison inmate Lionel Ray Williams did a bit of bragging to fellow prisoners that he had killed the star. They pimped on him, and in 1979 Williams was convicted. He is serving 51 years to life. All for a random, botched robbery. Now he’s out – released after serving about 25 years.  This is what the big city scum sucker looks like.  (Thanks Matt!) 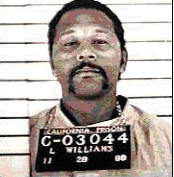 The death scene Sal acted out in “Rebel Without A Cause,” took place on the steps 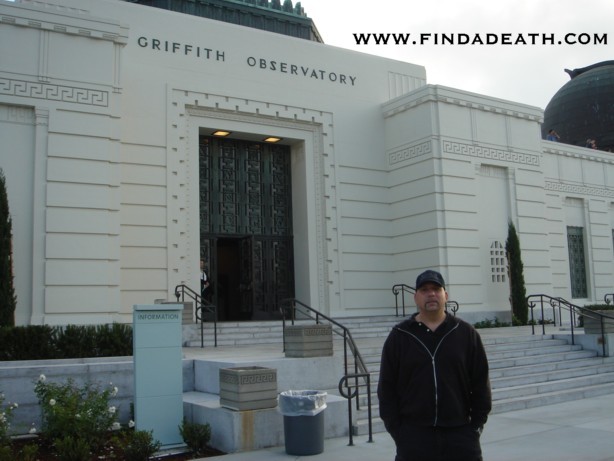 outside the Griffith Park Observatory. 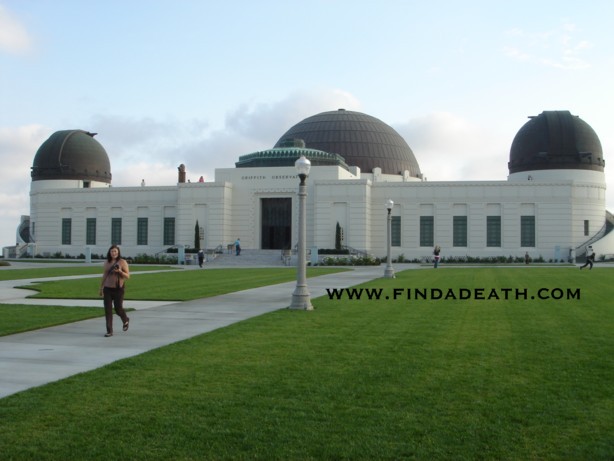 The Observatory is recently reopened after a 4 year closure, and I’m happy to report that it is one renovation I’m proud of.  It is beautiful, they hardly messed with it at all.  There was fear that the bust of James Dean would be removed, I’m glad to say it hasn’t been. 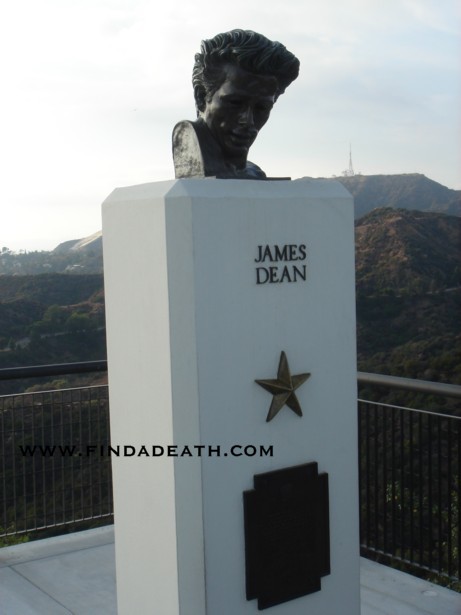 The views are still pretty spectacular, 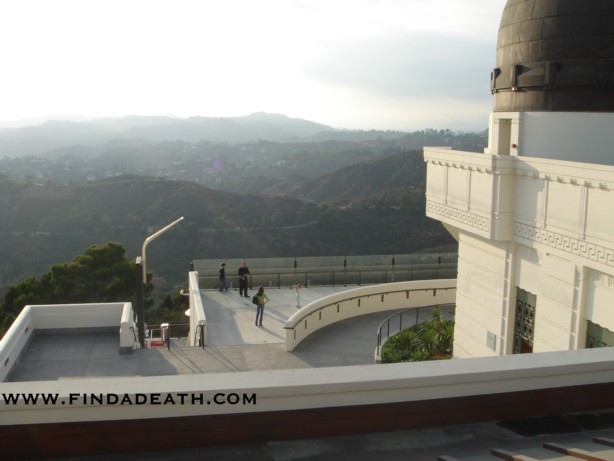 and while inside I imagined the possibility of Dean and Mineo using these very toilets. 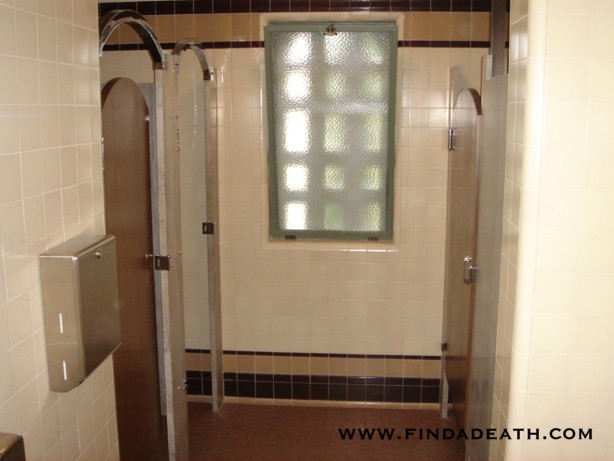 On a very drunken night in December 2003, some friends of mine were having a party.  My friends had rented Janis Joplin’s death room at the Highland Gardens, and we went to Barney’s Beanery for dinner and drinks, coz that’s what Janis did.  Before returning to the hotel, we stopped at Sal Mineo’s death spot, just to say hi.  While there, I had the idea to ask my friend Brian to pose in Sal’s pose.  I don’t know why, but I was positive that Sal was face down.  So this is Brian being Sal. 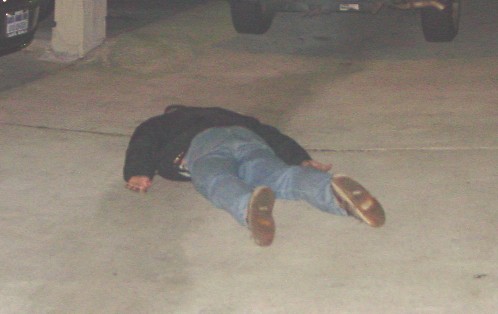 But a friend of Findadeath sent me the real deal.  Sorry Brian.  We’ll have to do it again, correctly. 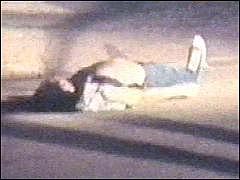 It was still a hoot.

Enjoy Sal on Shindig – he rahawked!

June 2007 Mary also sends this:  A little-known facet of Mineo’s career was his involvement with opera. On May 8, 1954, he portrayed the Page (miming to the voice of mezzo-soprano Carol Jones) in the NBC Opera Theatre’s production of Richard Strauss’ Salome (in English translation), set to the play of Oscar Wilde. Elaine Malbin performed the title role, and Peter Herman Adler conducted Kirk Browning’s production. In December of 1972, Mineo stage directed Gian Carlo Menotti’s The Medium, in Detroit.  Muriel Costa-Greenspon portrayed the medium, Madame Flora, and Mineo himself played the mute Toby.

Just think, he was there in Detroit when you were a kid…maybe you walked past him on the street, and didn’t even know it….The article also said his father was a Sicilian coffin-maker. 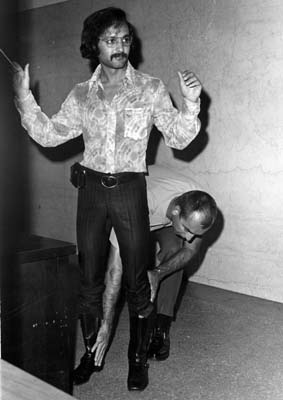 Scott Stanton sends this:  A song from the stage version of Grease was changed for the movie because it made reference to Sal Mineo, who was murdered before the movie was made.

Unfortunately the new lyrics were changed to mention Elvis Presley, who died pushing out a dooky while the film was being shot.

“[Charleton] Heston, he has the ego the size of Texas and a talent the size of South Dakota.”

“[Pat] Boone, well, everyone knows what a bigot he’s turned out to be.”

“As long as you don’t wear a dress or sound like Marilyn Monroe, there’s no problem that can’t be worked out.  One time, when my Ma wondered how come I turned out gay, I asked her, ‘Ma, how come my brothers didn’t?’ You get me?”

Craig, thank you as well. 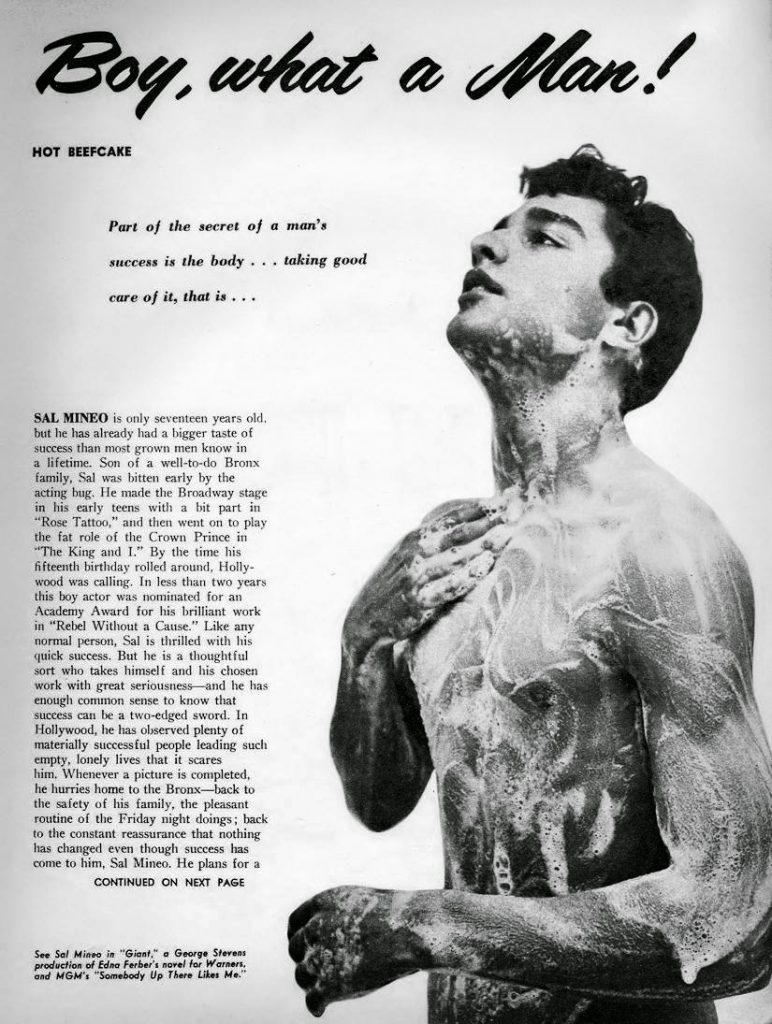