This one was wild.  Idid a lot of research on this case for a show I worked on in England called Yanky Panky, which was all about how bizarre America can be. This particular story got dropped because it was too “out there” and sad for us to use and,  I suppose, it didn’t mock America enough. The incident involves a few people, the first being Scott Amedure, a 32-year-old man from Michigan. He was a bartender, and lived in a trailer park. 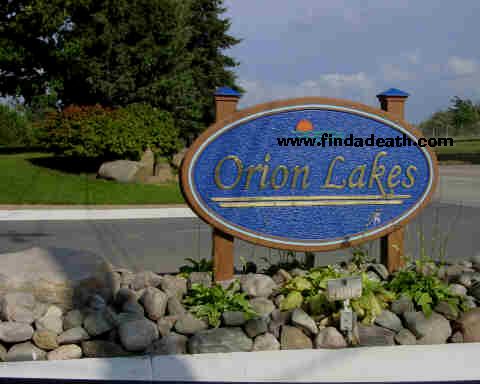 The second, a 26-year-old waiter named Jonathan Schmitz who has a history of suicide attempts and manic behavior. Their mutual friend, a woman named Donna Riley, and Jenny Jones.

Schmitz worked at a nice restaurant called the Fox and Hounds 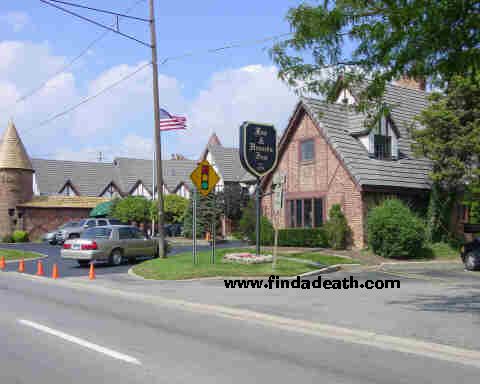 in a posh area of Michigan called Bloomfield Hills. There are some people that assumed Schmitz was gay, and there are those that saw him (alone) in the Flamingo, 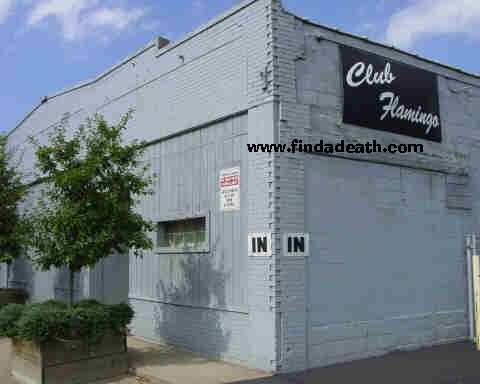 the Pontiac gay bar where Amedure worked occasionally. Schmitz maintained his heterosexuality, his family saying he was even engaged to a woman at one time.

Amedure was no angel.  He spent 4 years in the Army, and according to friends he had a drug problem, and was heavily in debt.  He was charged with assault a couple of times, was unemployed, but usually hung out at The Flamingo. 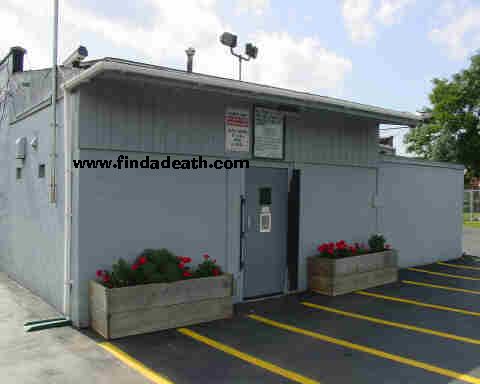 Most reports have Amedure listed as a nice guy, generous to his friends.

Schmitz had met Amedure through Riley in the parking lot of apartment building she lived in, which is also where Schmitz lived, 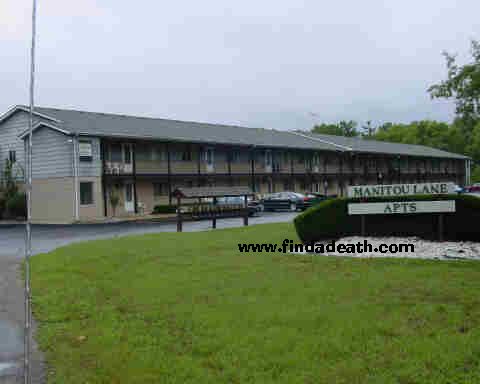 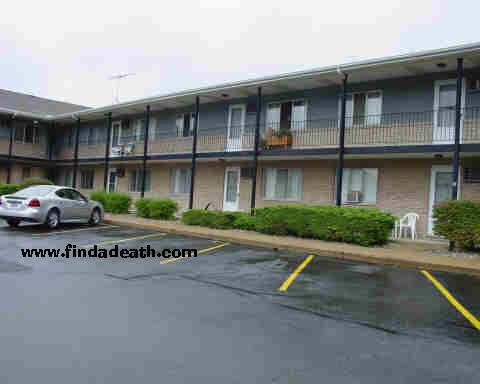 According to Findadeath.com friend Michael H., Amedure first saw Schmitz under a car from the waist down, and that’s what attracted him.  Upon seeing a plea on the Jenny Jones show for people that had same sex crushes, on not necessarily homosexual individuals, Riley made the call for Amedure, the show contacted Schmitz, clearly stating that the admirer may be “anybody” meaning to them, male or female. Schmitz assumed female, bought new clothes, and was very excited about the prospect of a new relationship with a girly girl.

On March 5, 1995 the trioflew to Chicago to tape the segment.  Apparently drinks were served to the guests before going on, and Amedure – when prompted inthe hot seat – confessed to admiring Schmitz’s “hard little body” and wanted “to tie him up and spray whipped cream and champagne all over his body”.    When Schmitz was informed – on air – that his admirer was male, he remained calm, smiled, and said that he was “definitely heterosexual” and that he was “flattered.”

Upon their return to Michigan, the three went out for drinks at a place called Brewski’s, 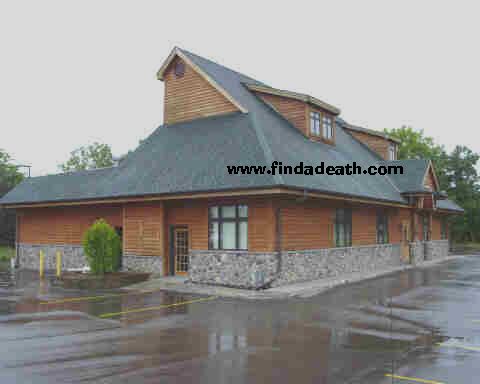 which has now been changed to the Wooden something-or-other.  According to t e waitress there, everything was great, and they all seemed like they were in a good mood.  Afterwards, the three went back to Riley’s apartment, and Schmitz maintains that he left the other two around 2 am, and went home a few doors away. 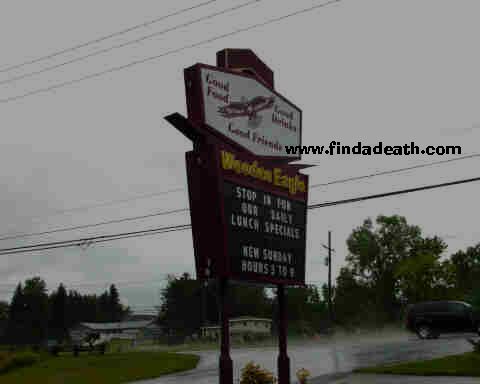 The clincher is that Amedure’s mother, Pat Graves, claims that Scott told her that he and Schmitz had an affair that evening, and that Scott was thrilled to pieces.

Friends of Schmitz claim that after that evening he was troubled.  He spent the night of the 8th on a friend’s couch. During the night, Amedure does the thing that makes Schmitz flip. He gets one of those blinking construction flashing light thingys and leaves it near Schmit’s front door, with a note.

Schmitz got home the next morning around ten and found the light.  He read it.

“If you want to turn this off, you have to use your tool.” 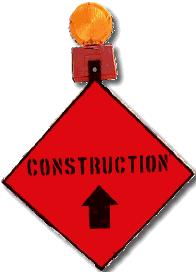 Schmitz drove past his mailbox to a shop called Gary’s Guns, and spent 250 bucks on a 12-gauge shotgun.  He told the salesperson he was “going hunting.”   He stopped at Toms Hardware and bought five rounds of buckshot.  Just before 11 am he passes Scott’s mailbox, 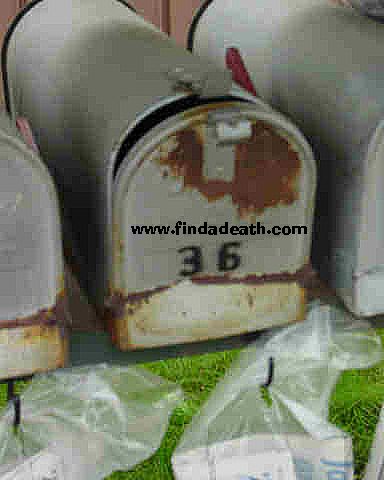 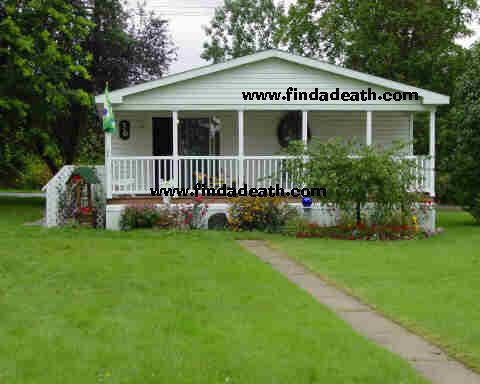 according to a neighbor) and knocks on Amedure’s door. Scott answers, and Schmitz asked if it was Scott that left the construction light thingy taped to his door, which Amedure admits to. Then Schmitz says he was to get something out of his truck and walked away.  Schitz returned with the gun and shot two loads into Amedure’s chest.  Amedure fruitlessly  tried protecting himself by holding a wicker chair in front of him.  Wicker, for God’s sake. 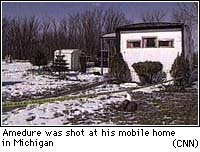 15 minutes later, Schmitz phones 911.  He admits to killing Scott, stating that, “He fucked me on national TV.”  “I just walked into his house and killed him.  He was after me day and night.” 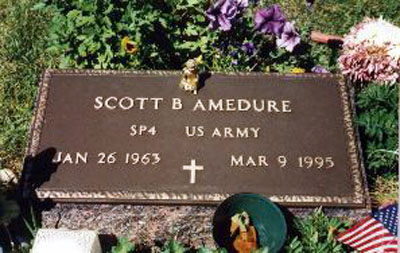 Of course the lawsuits flew fast and furious.  When you have a murder in the family, I’m sure there is a lot of anger that desperately needs a target.  At the end of it, the show put out a plea for secret crushes, Amedure responded, Schmitz accepted, and all agreed to appear.  Family members claim it was a conspiracy, an ambush etc.  A 50 million-dollar law suit was filed against Jenny Jones courtesy of the annoying male version of Gloria Allred, Geoffrey Fieger. Eventually a jury awarded the Amedure family 25 million. This is how they figure it: 5 million in damages for Amedure’s suffering before he was killed, 10 million to the family for the loss ofAmedure’s companionship, and 10 million for the loss of money Amedure would have earned.  I give up keeping track of suits and appeals.

I totally believe that Amedure and Schmitz had consensual sex, and Schmitz couldn’t cope with the idea that he liked men sexually.  Being seen by millions on the JennyJones show was too much for him. At any rate, Schmitz is in prison, and Amedure is still dead. No one knows what happened to Riley.  Good luck to her.  That has to be shitty.

Findadeath pal Nick sends us this:  I think you should include a very important conclusion to the Jenny Jones Civil Trail:

On October 23, 2002, the Michigan Court of Appeals reversed that 1999 decision of the Oakland County jury. The Court of Appeals ruled that the show’s owner, Warner Bros., and its distributor, Telepictures had no liability in the death of Scott Amedure. While the court indicated that the “Jenny Jones Show” might be “regarded as the epitome of bad taste and sensationalism,” that wasn’t enough to make it liable. Attorney Geoffrey Fieger indicated there would be an appeal.

Without this explanation, your readers are left to believe that the 25MM case stood when it didn’t.

Trivia:  While searching for Amedure’s trailer I spotted this on a neighbors porch. 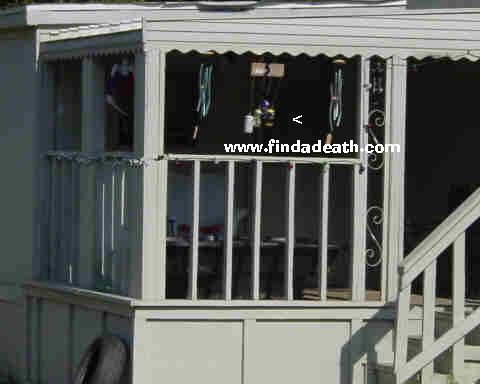 Help thanks to my parents for sending me a ticket back to Michigan for my birthday, thus enabling me toresearch this story.  How cool to have a Dad that would drive with me to photograph a homo murder site?!.  Lisa Burks (sorry I couldn’t find Gary’s Guns!), my buddy Ron, and my father for chauffeuring me around for photographs. Additional information was obtained through an article written for OUT magazine by Michelangelo Signorile.

A fan from the border of Detroit, Jen S.

Several FAD fans sent the link to Schmitz prison picture.  Instead of linking it, here is a screen cap.  Pretty boy.  I wonder if he’s still freaked by man on man love. 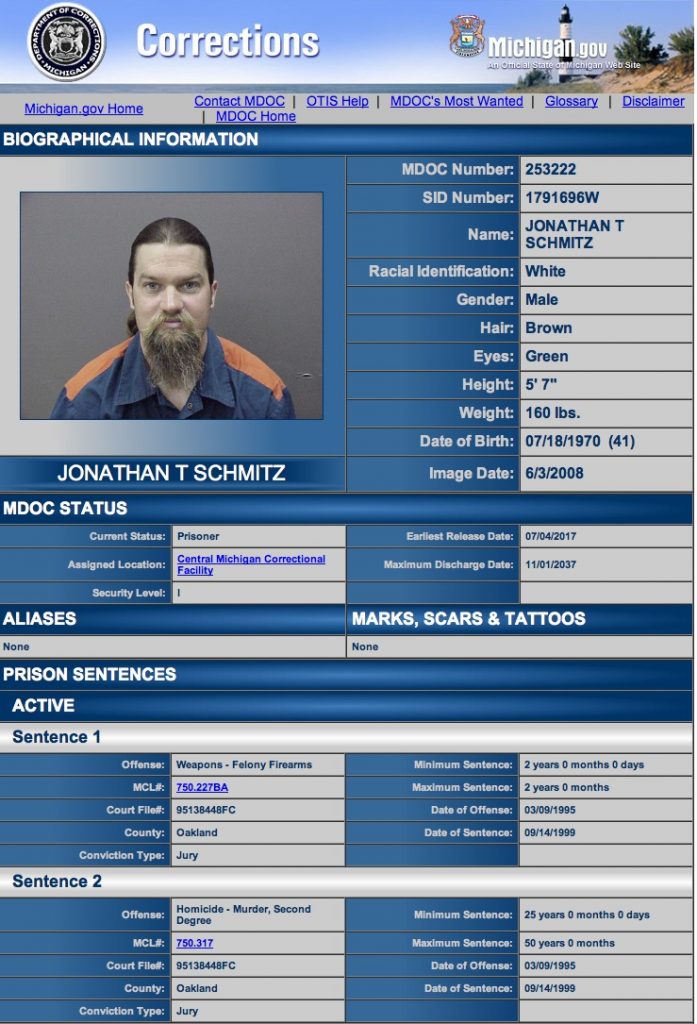