Shirley was from Ashville, North Carolina, and began her career as a stand-up comic.  She of course is best known as the waitress, from the classic Seventies TV show What’s Happening!!! based loosely on the movie Cooley High. After the show’s 3 year run, Shirley had her own show for about 4 seconds, called One In A Million.  It didn’t go well.  She did step back into her waitress shoes for What’s Happening Now! that ran for another 4 years, without Mabel King, who quit.

In 1993 Shirley was doing standup in St. Louis, telling jokes about her mother’s struggle with Alzheimer’s, and her Vietnam vet brother who, “every once in a while… has to go into the VA hospital to eat Jell-O.”  She mentioned acquiring a 38 acre farm, and said of her mom, “she’d go wandering off, and four of five times a day the police would have to deliver her back home.  Now, if she wanders off, she can be gone for two days and still be in the front yard.  Besides that… I have an electric fence.”

Shirley was living in West Covina, an affluent city in Los Angeles. I acquired her death certificate back in 2003, and drove to the address listed for photographs.  One catch, the address was wrong and didn’t exist.  What’s Happening with that?  In 2009, I acquired her autopsy report, and found the correct address.  Thanks to Findadeath friend Jacquie, we now have the shots, and here is the home. 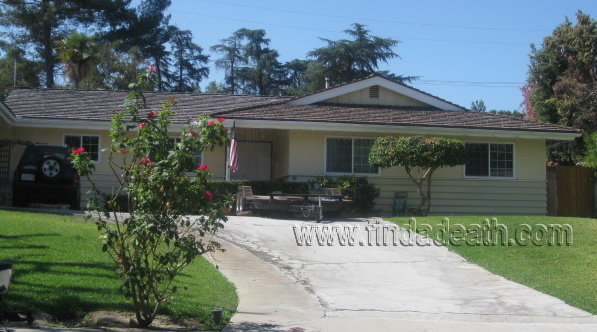 In later years, Shirley’s health was failing.  Her weight was taking a toll on her knees, so she needed a walker – at age 52.  She was also plagued with kidney problems and according to one published report, Shirley was so self conscious about her illness, she had her phone number changed so friends wouldn’t find out how ill she really was.  She ambled around her home, preferring to be alone.  She didn’t like taking pills and had a fear of being cut, so would never have surgery to alleviate any of her symptoms.

Rerun was quoted, “The last time I saw Shirley I literally had to hold her up as we walked.  She was very sick.  The bones on her face were all sunken in.  She had lost a lot of weight.  She was in pretty bad shape.

On Friday, December 10, 1999, her gardener was peeking inside her window.  Apparently, this was normal.  He was expecting to find her sitting in her chair, looking outside.  Instead, he saw her laying on the floor of the master bedroom, not moving.  He called 911 and police arrived and found her dead at 9:47 a.m. She had been dead for several days.  Her hands were “blackened and dry.”  One of the investigators recognized her from television.  I’m sure she’d be thrilled.

Cause of death: heart attack due to obesity and kidney disease.  She was 52 years old. 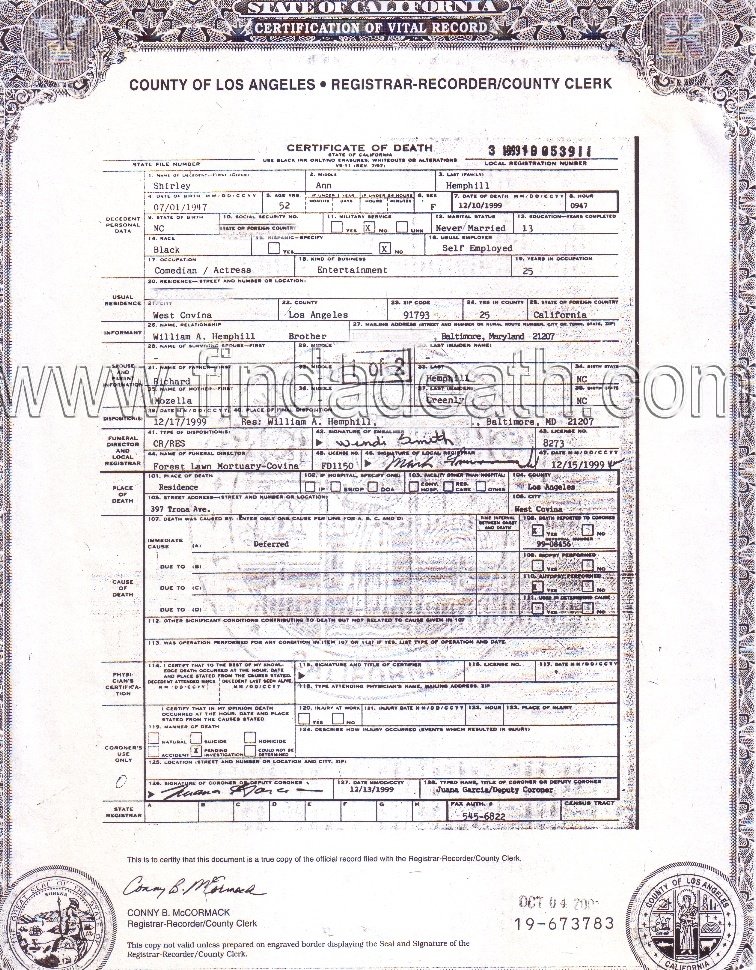 The living room and dining room were devoid of furniture or ANY personal items.  Three bedrooms were furnished, and a fourth was used as an office.

Coincidentally, she died a month after her former What’s Happening!!! Co-star, Mabel King. She was only 52 years old.

Shirley was cremated, with her ashes going to her family.

The Monday after her death, Rosie O’Donnell mentioned on her show that Shirley had helped her to get her first paying job as a stand-up comedian. So we can thank Shirley for Rosie O’Donnell, I guess. Sigh.

Shirley was encouraged to pursue a show business career by sending a tape of her comedy to Flip Wilson, and getting his approval.

More trivia:  According to Rerun, Shirley used to lend Martin Lawrence money when he was a broke, up-and-coming comic.  The Wayans Brothers partially dedicated the film Scary Movie to Shirley. 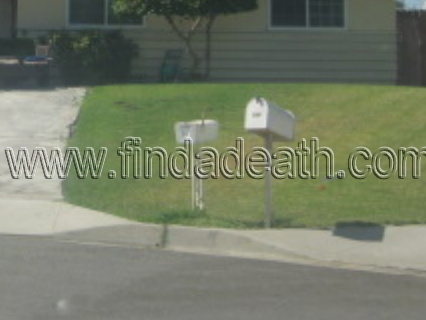