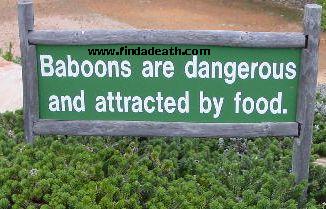 In late April 2002, a couple of friends of mine and I went to Cape Town, South Africa.  It was a fantastic time.  The main draw for me, were the baboons.  My friend has a house there, and he told us the horror stories of going to this one park, and the freaky things come right up to you, and scare the living shit out of you.  We did see one, semi up close, but the rest of them were in hiding.  The sick part of us wanted to be attacked, ala The Omen.  When they gave us this literature, it prepared us for the worst, but we only saw a few, from a distance.  I tried to get closer, but the fear of God was in me, and I retreated to the car.  Funny stuff to read though, isn’t it? 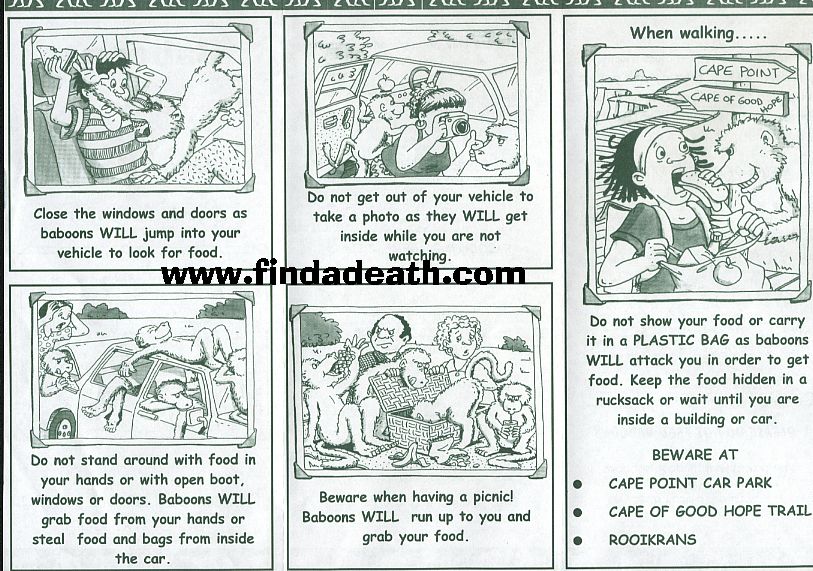 This is the only one I got a picture of.  See him?  He’s sitting on a rock.  Scary fucker. 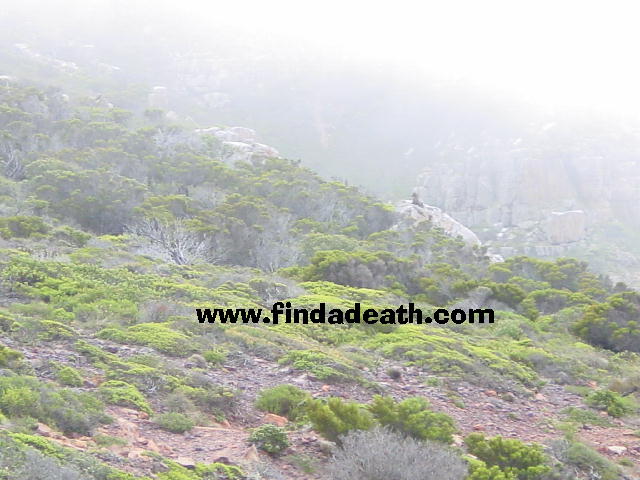 These little creatures were called Dazzies.  I heard, on good authority, that they don’t know what the hell they are, but their closest DNA relation is the elephant.  (Findadeath.com friend Dave sends in that these things are called hyrax.  Thanks Dave!) These things live on top of Table Mountain, which we took a cable car to get to.  That trip scared the bejesus out of me. 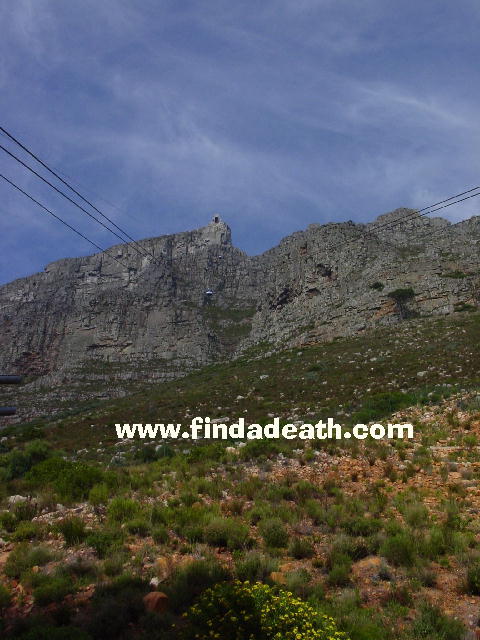 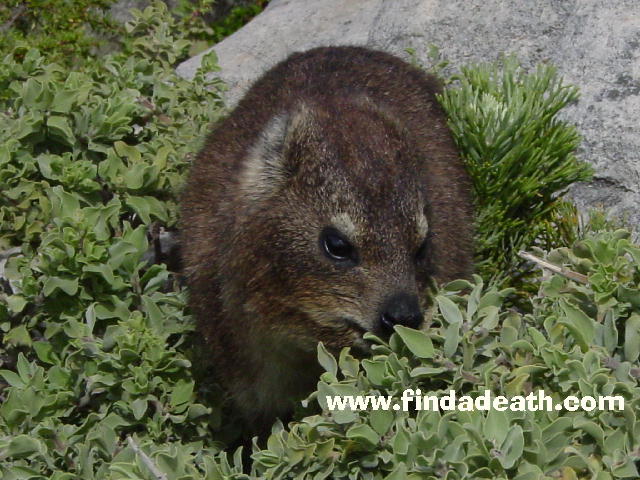 This is a picture of a mountain called Lions Head, from the front garden of my friends house. 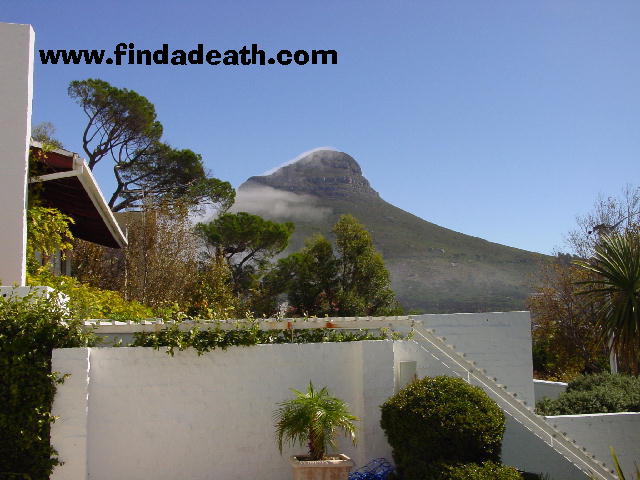 And then there were penguins.  Thousands of them.  Laying eggs and all sorts. 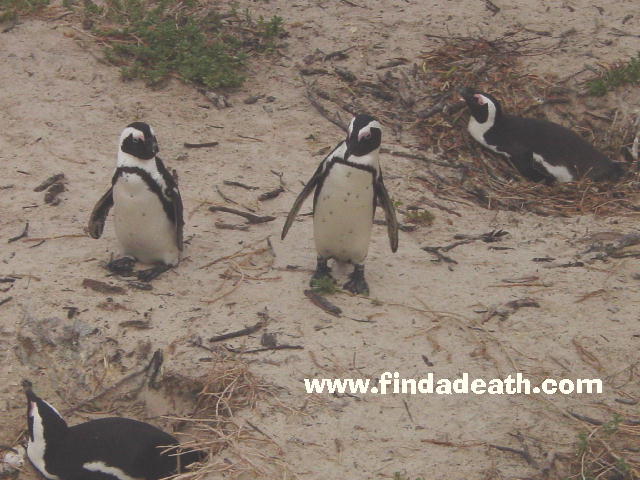 If you get a chance, GO to Cape Town.  It’s beautiful, and you can’t spend your money there.  Everything is SO reasonable.  I had a great time, and I thank my friend for taking us.