Well, it’s a big pretty white plane with a red stripe, curtains at the windows, wheels, and it just looks like a big Tylenol!

Stereotypes exist for a reason, and as offensive as some are, they will always make me laugh. Just like when people erase the model’s eyes in magazines and draw them back in cross-eyed. I love that.

I just finished watching Airplane! for the probably dozenth time, and laughed my way thought it – yet again. Stucker’s portrayal as Johnny (who really wasn’t as effeminate as I remember) was very funny, along with the obligatory Wizard of Oz reference. What is it with the gays and that movie?

In the first Airplane!, Stucker’s character was called Johnny. In the second film, he was called Jacobs. No doubt some copyright bs had something to do with it, and no doubt I’ll get 171 emails explaining it in great depth.  His other credits (including a posthumous one) are listed here.

His performance sticks out, and just his picture above probably prompts at least two lines from the film he helped make a success.

Stephen lived in a very modest apartment nearish to the Hollywood Sign. 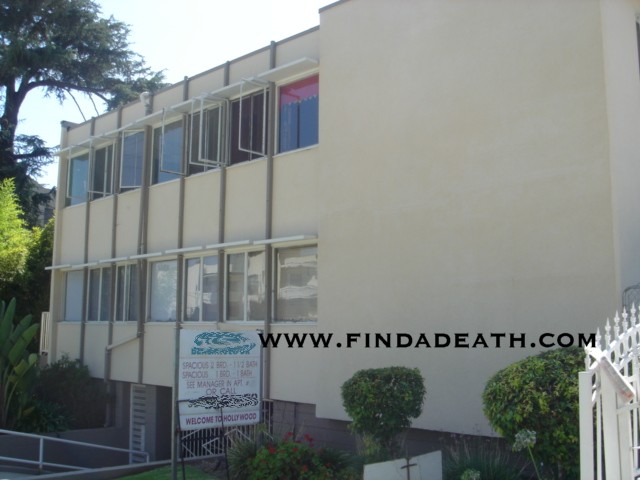 He obviously wasn’t raking it in, because this place is pretty dumpy. He lived on the second floor, 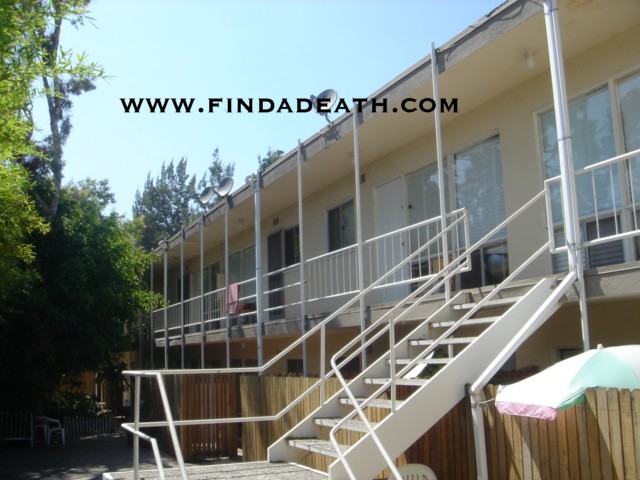 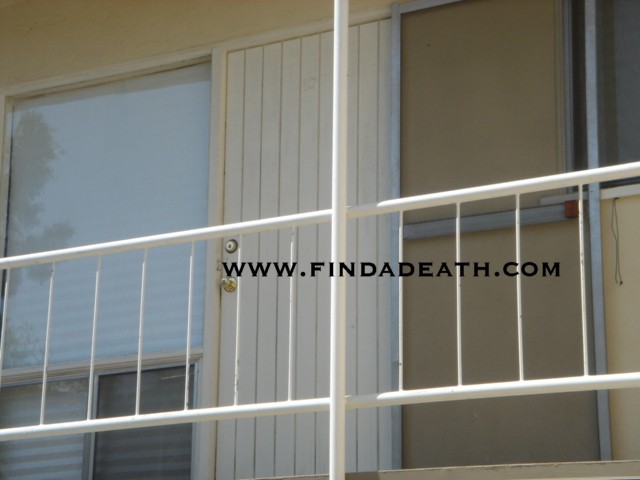 I’m pretty sure that this is a new mailbox as well. 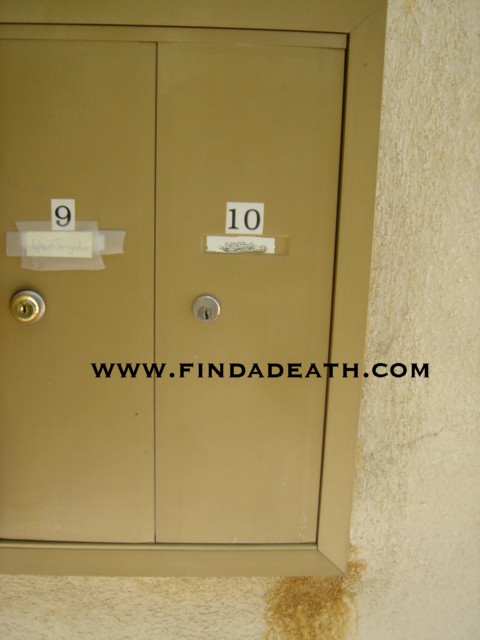 Unfortunately, Mr. Stucker succumbed to the AIDS on April 13th of 1986. 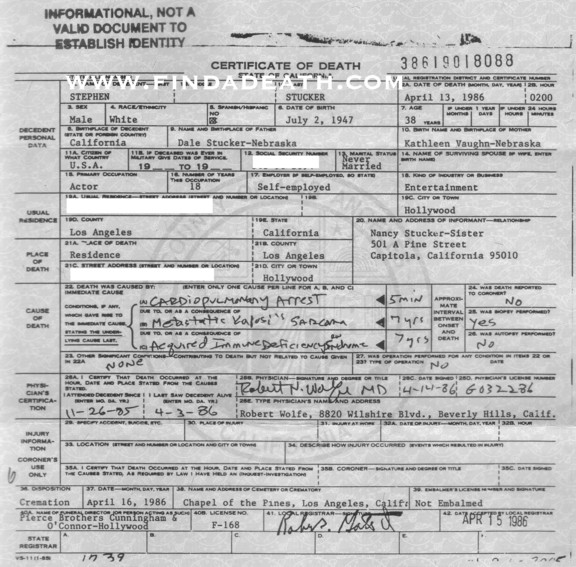 He was cremated and his ashes were taken God knows where. I would leave flowers, if he had a grave.

Findadeath friend, Kathryn Krumm, found this gem and  sent it.  This is an appearance that Stucker did on the Phil Donahue show, less than a year before his death, discussing the AIDS hysteria.  The show was taped in September of 1985 – when people thought you could still catch the virus by “deep kissing” and drinking out of the same glass.  Thankfully, we’ve come a long way in our education and treatment of this.  Still, I understand his defiance to a degree, but Stucker can be difficult to watch, trying to make light of this situation.  The audience starts to turn…

Myself and fellow Death Hags, Mark Cramer, Crecencia Cota and Pete Duras, did the AIDS walk last year, to raise money for AIDS research.  We did pretty damn good too : ) 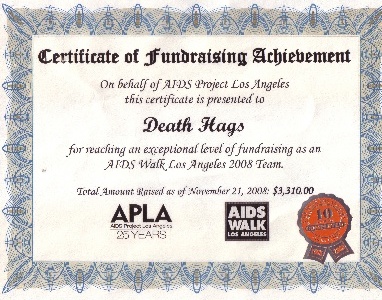 Stucker made me laugh, and still does. That movie is damn funny. Some movies don’t age well, like The Jerk, but Airplane! does.

And don’t call me Shirley.

One thought on “Stephen Stucker”