Remember, remember, this is now, and now. Live it, feel it, cling to it. I want to become acutely aware of all I’ve taken for granted.

Sylvia’s suicide followed the breakdown of her marriage to the poet Ted Hughes in the summer of 1962, largely due to his adultery. Plath had a history of mental illness and depression since childhood, and had been treated by Electro-convulsive therapy (ECT), an experience she recounts in her novel ‘The Bell Jar.’ She had also attempted suicide twice previously.

On August 24th 1953, aged 20, Plath took the sleeping pills she’d been prescribed, from the safe where her mother stored them. Then she retreated to the basement of her family home. She took a large quantity and fell into a coma, having left a note suggesting she’d gone for a long walk. After frantic neighborhood searches, a groan was heard from the basement and she was discovered, many of the pills having been vomited up, and was rushed to hospital, where she recovered.

Additionally, following Plath and Hughes’s temporary separation, Plath ran her car off the road in a deserted airfield, she referred to it as an ‘aborted suicide’, though the danger of this maneuver  is questionable, as the road is flat and safe and not particularly dangerous anyway.

After the separation, Plath and her two children, Frieda aged 2 and Nicholas aged 8 months took up a flat on Fitzroy Road, London, the site of Plath’s eventual demise. 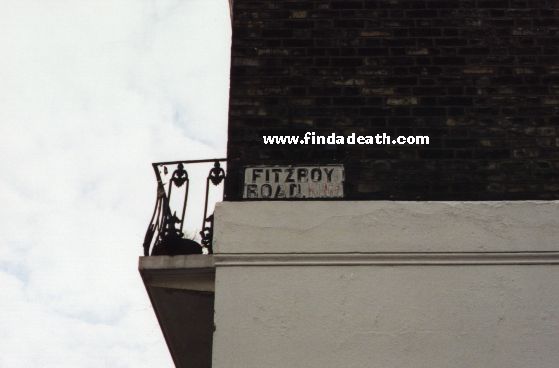 Their flat was at number 23. 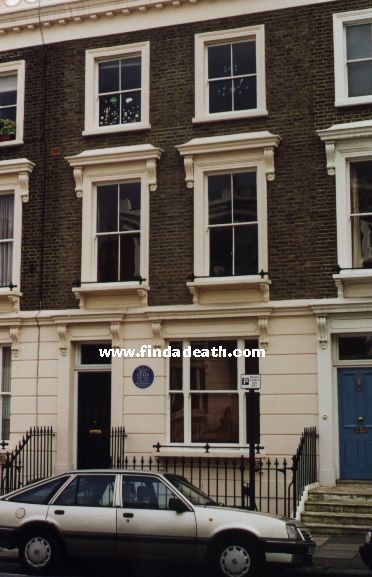 Here is the front door, with mailbox built in, of course. 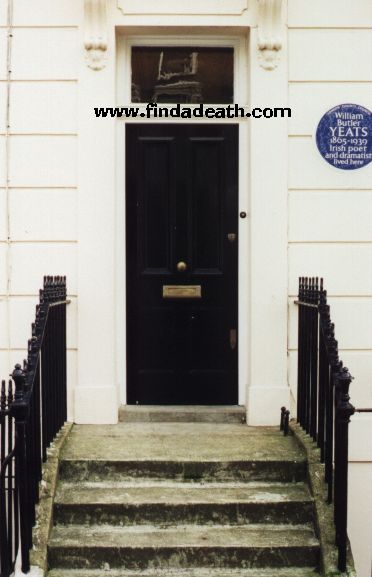 Against the backdrop of Plath’s suicide, January had the worst winter in Britain for 60 years (which has got to be baaad) and Plath’s flat was without a phone, unfortunately one was never connected in time. The children and Plath contracted flu and Plath struggled to cope alone. She took on a German au pair (nanny), but she later left and Plath struggled alone again, whilst ‘the launch of the “Bell Jar” on January 14th had unfavourable American reviews.

Late in January, Plath informed her Doctor – Dr. Horder – that she feared a breakdown and was severely depressed. She was prescribed anti-depressants and he sought a psychiatrist and a hospital place for her. On Feb 7th Plath stayed with her friend Jillian Becker and was reliant upon her pills and feared being alone, and ranted about hating Ted for his infidelity.

On Sunday 10th Feb she chose to return to her home, claiming she felt better. Dr Horder had ordered her a nurse for 9 o’clock the next morning and Plath had a publisher’s lunch organised. She cried the whole way home, but wouldn’t accept Gerry Becker’s offer of returning to the Becker household.

At midnight on Sunday, Plath visited her downstairs neighbour, Professor Thomas to buy stamps and he heard her pacing upstairs later in the night.

On Monday 11th Feb the nurse arrived at 9ish but received no answer. A builder let her in, and they broke in to Plath’s flat. Plath was found in the kitchen, lying with her head on a cloth in the gas oven, all the gas taps on full. She was given artificial respiration but it was too late, she was dead. Plath’s two children were upstairs crying, but she had made provisions for them, leaving bread and milk, opening their window fully, taping and stuffing towels into the cracks in both their bedroom and the kitchen doors.

HRR alert.  Thanks to Findadeath.com friend Andrew Lagowski for pointing this out:

It was following Plath and Hughes separation and Plath’s suicide that she wrote over 40 of the ‘Ariel’ poems, argued to be her best work. Poems such as ‘Daddy’ and ‘Lady Lazurus’ amongst others contain unsettling references to Plath’s emotional state.

How could she write all this stuff after she died?

Ted Hughes came to our school about 20 years ago – the only reason I went to his talk/reading was because I liked Sylvia’s work. His stuff was complete crap. Still can’t figure out why he became Poet Laureate in the U.K.  🙂

She was buried on February 16th 1963 in Heptonstall Cemetery, West Yorkshire, UK, under the name Sylvia Plath Hughes. The ‘Hughes’ has subsequently been hacked off several times. Her inscription reads: ‘Even amidst fierce flames – the golden lotus can be planted.’

Findadeath.com friend Scott in Cleveland sends this in, December 2001 – ESPN was trying to decode some of Dennis Miller’s quips on Monday Night Football (I know—ZZZZ—hang with me a minute here) and they explained a bit about poor Sylvia for all those rogue football fans out there.

They mentioned that rat-bastard husband’s affair with Assia Wevill and such, but what I did not know was this:

“The publication of ‘The Bell Jar’ and ‘Ariel’ gave Plath a strong posthumous cult following, and the movement to damn Hughes for supposedly driving her to her fate gained momentum when six years later Assia Wevill also killed herself (and her two-year-old daughter, whose father was Hughes) with a gas oven.”

They say history repeats itself, but in my experience, it’s only the really seamy side of history that repeats….

One thought on “Sylvia Plath”