I always say shopping is cheaper than a psychiatrist.

Tammy Faye Messner (formerly Bakker) was an unusual, kind, friendly and flawed woman who practiced what she preached: Love.

Tammy did it all: she sang, she wrote, she preached, and Oh! The puppetry! Together with her college sweetheart Jim Bakker, they conquered all of Christianity by being an integral part in creating religious television networks including The 700 Club and Trinity Broadcast Networks. Their magnum opus was conceiving their own evangelical network, The PTL Club (“Praise The Lord”). The duo were adored by viewers, and Tammy’s signature globs of heavy mascara that leaked down her eyes as if on cue – Ev. Er. Y. night, well, that helped too.

The diminutive lady (4’11”) with the big heart became an enormous success. She subscribed to the finer things that she yearned for while growing up. She also loved a good sale. (“I say, “OK, Jesus, help me find a bargain.”) 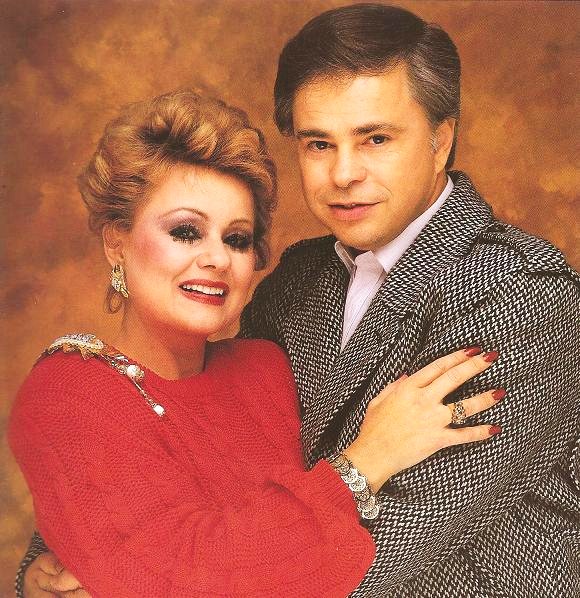 The response to Tammy was so positive that The PTL Club pushed her to the forefront and gave her a spin-off cooking/chat show called Tammy’s House Party. On one episode, the gates of hell burst open and Beelzebub himself appeared. 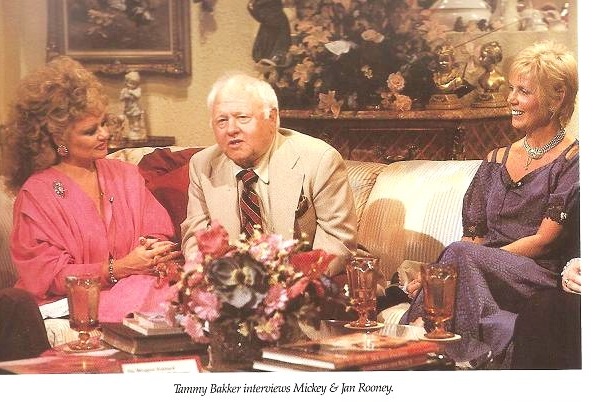 What set Tammy apart (and pissed off the PTL brass), was her tolerant views on the gays. She preached compassion for those dying of the AIDS – unheard of in most of the television evangelical word/world. Tammy downright loved the gays. 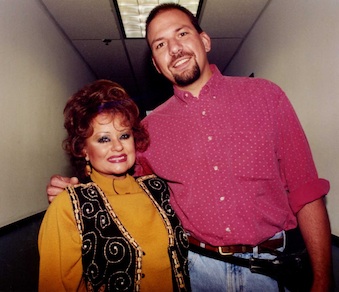 In the mid 80s, PTL expanded their empire by building a religious-themed amusement park called Heritage USA (with time-share condos). 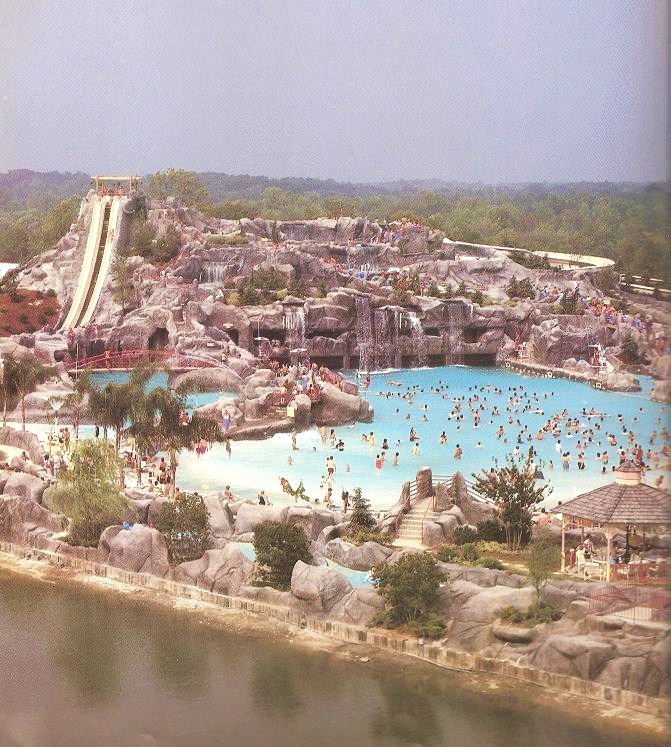 Jim had an “encounter” with PTL Club secretary Jessica Hahn. Jim paid Jessica to keep her damn pie-hole shut. Hahn maintains that she was drugged and raped. Bakker claimed the sex was consensual. Hahn claimed she heard Bakker speaking to another PTL Club employee saying something like, “Did you get her too?” And the walls came tumbling down. The scandal broke. Jim was sent weeping to prison for fraud and conspiracy.

The PTL Club went to shit.

Tammy maintained that Jerry Falwell wanted to take the helm of their TV empire all along. Fallwell referred to Jim Bakker as “the greatest scab and cancer on the face of Christianity in 2,000 years of church history.” …and that’s saying something. Tammy also blamed Hahn for the sex scandal.

Tammy kept her faith and made frequent long drives alone from her home in Palm Springs to visit her first incarcerated hubby.
Then… she divorced Jim and married Roe Messner – a Bakker family friend and PTL Club officer… who… wait for it… spent over 2 years in prison for personal bankruptcy fraud.

During a 1996 radio interview, the host surprised Tammy by patching through Jessica Hahn. Tammy was shocked, and Jessica reached out. “Tammy, listen, I’d love to have peace,” she said, adding, “Tammy has been through hell and back. Tammela responded, “You have too. You’re right – it’s time to put the lid on.” If I were Tammy, I’d have waited until the show was over and jammed my mascara brush in the host’s eye. What a cunning stunt. I have no doubt they thought it was “good radio.”

In 1996, Tammy Faye wrote her autobiography Tammy: Telling it My Way, and teamed up with flamboyant and openly gay sitcom star Jim J. Bullock (honestly, how can you lisp the word “the”?) for a short-lived daytime talk show Jim J and Tammy Faye.

Tammy then began an 11-year struggle with colon cancer. She had been bleeding for a year before she had the nerve to see a doctor. (Don’t wait! GO! GO! GO!) They found a cancerous tumor on her colon. The colon cancer went into remission, but then she was diagnosed with lung cancer. “I’ve won round one, and The Lord’s in my corner!”

During her remissions Tammy spoofed her bigger than life cosmetic style by playing Mimi’s mother on The Drew Carey Show twice. Tammy knew the joke, understood it and embraced it.

Tammilio was the subject of a documentary entitled The Eyes of Tammy Faye (1999) and a follow-up film entitled Tammy Faye: Death Defying (2004) which focused on her recurring battle with cancers. The Eyes of Tammy Faye was fascinating. Tammy collected eye-glasses of the deceased. She thought that by looking through the glasses that they looked through, she could sense their soul. “When my mom died, I got hers and they’re very precious to me. I like to put them on and think, ‘you know, momma looked through these.’ ”

In 2003 Tammerino did a live concert in downtown Los Angeles. My friend Mark Melville asked me along, and I was well up for it. Tammy did not disappoint. When the music began from the stage, Tammzilla surprised us and entered from the back of the theater. Everyone applauded, and she started singing. Then she (and we) realized that her microphone didn’t work… and wasn’t going to. She continued singing as loud as she could, clearly mortified, but smiling… all the way down the aisle. I give her a lot of credit for that. I’ll admit, the novely of seeing her live wore off pretty quickly. Tammacita had an innocence to her, but the squeaky-voiced puppet show prompted a trip to the men’s room… where… her husband was selling Tammy’s books and records. In the men’s room. Yes.

Tammalamadingdong wrote her 2nd book I Will Survive – And You Will Too! On the book tour, Tammy greeted fans with warmth and referred to the adults who grew up watching her on 70s and 80s TV as “my kids.” 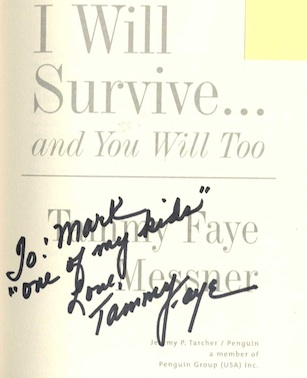 Before her death, she publicly forgave Jerry Falwell for his tactics from 20 years earlier – and appeared on Larry King Live one last time on July 19, 2007 to tell fans how much she loved them and appreciated their letters, emails and prayers. 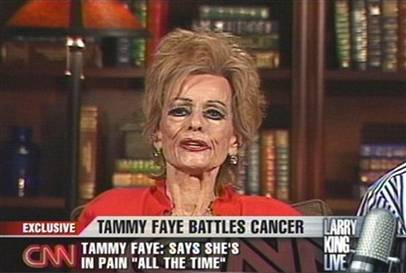 She died the next day. 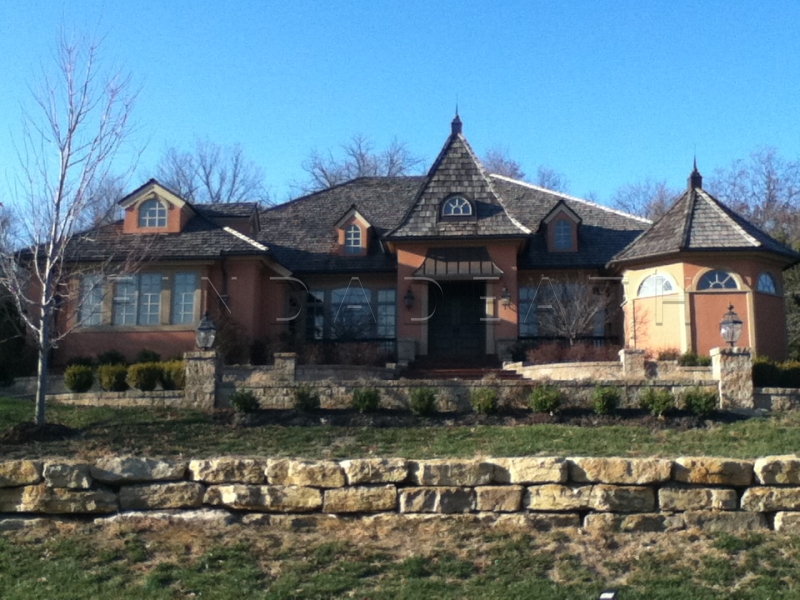 Well, about a quarter till 4:00 Tammy said she was hungry, and so we put her in the wheelchair, took her out to the kitchen, and she wanted to eat some Frosted Flakes, and so we made her a bowl of Frosted Flakes, and she tried to eat them and she couldn’t eat them and she loved peanut butter, and she said, Roe, take a spoon and give me some peanut butter. She loved to take it just out of the jar, you know, and so she tried to eat some peanut butter and she couldn’t swallow it, and so we took her back to the bedroom and she laid down, and in just a matter of two or three minutes she died. She just … She sort of gasped for breath one time and then she was gone.

Her final words: “I’m in the hands of Jesus.”

Her children Jim Jr. and Tammy Sue arrived at 11:30 a.m. and she was cremated around noon. A family service was held the next morning July 21, 2007. Her remains were buried in the Messner family plot in Waldron, Kansas. 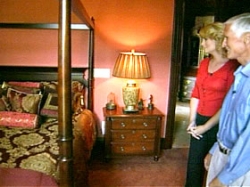 Memorials were held in Atlanta and Palm Springs. You can buy a DVD of her Atlanta Memorial service at her website. 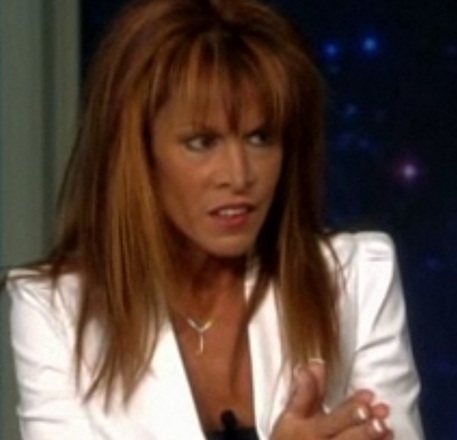 Following the The Bible’s teachings, Jim Bakker remarried, had plastic surgery, and started another Christian thingy. 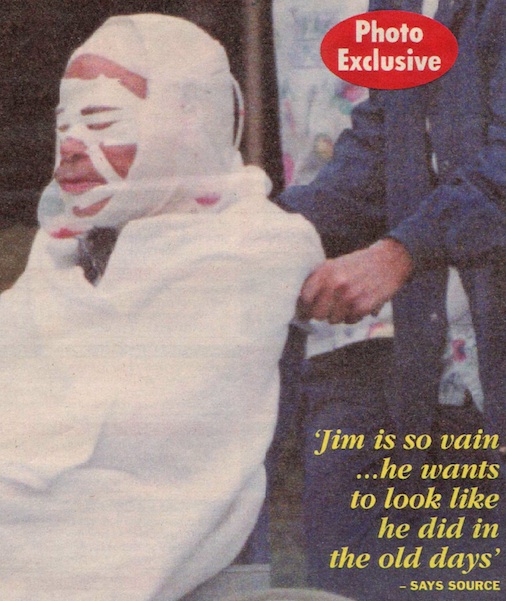 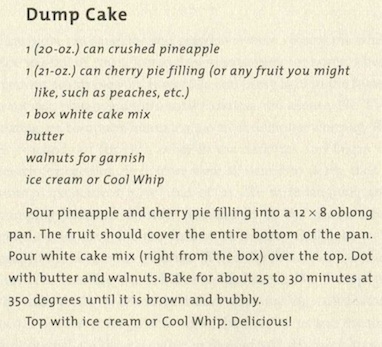 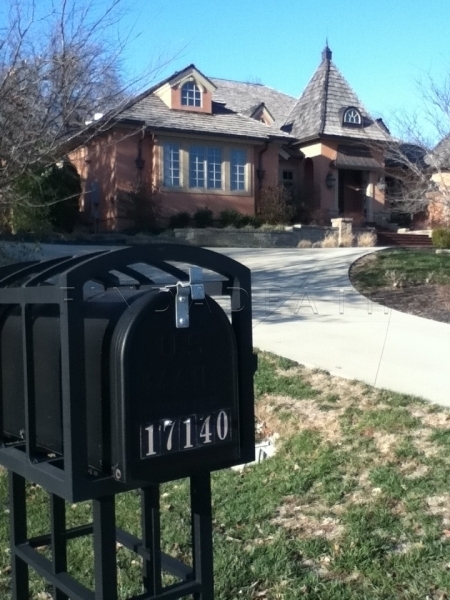 This story was lovingly provided by Mark Langlois – a Death Hag Saint. Thank you to Death Hag Daniel Loomis for snaring the pictures of The Tam Home.

Update February 2015: The much loved Tammy Faye Bakker’s grave has become a tourist attraction, and why shouldn’t it? 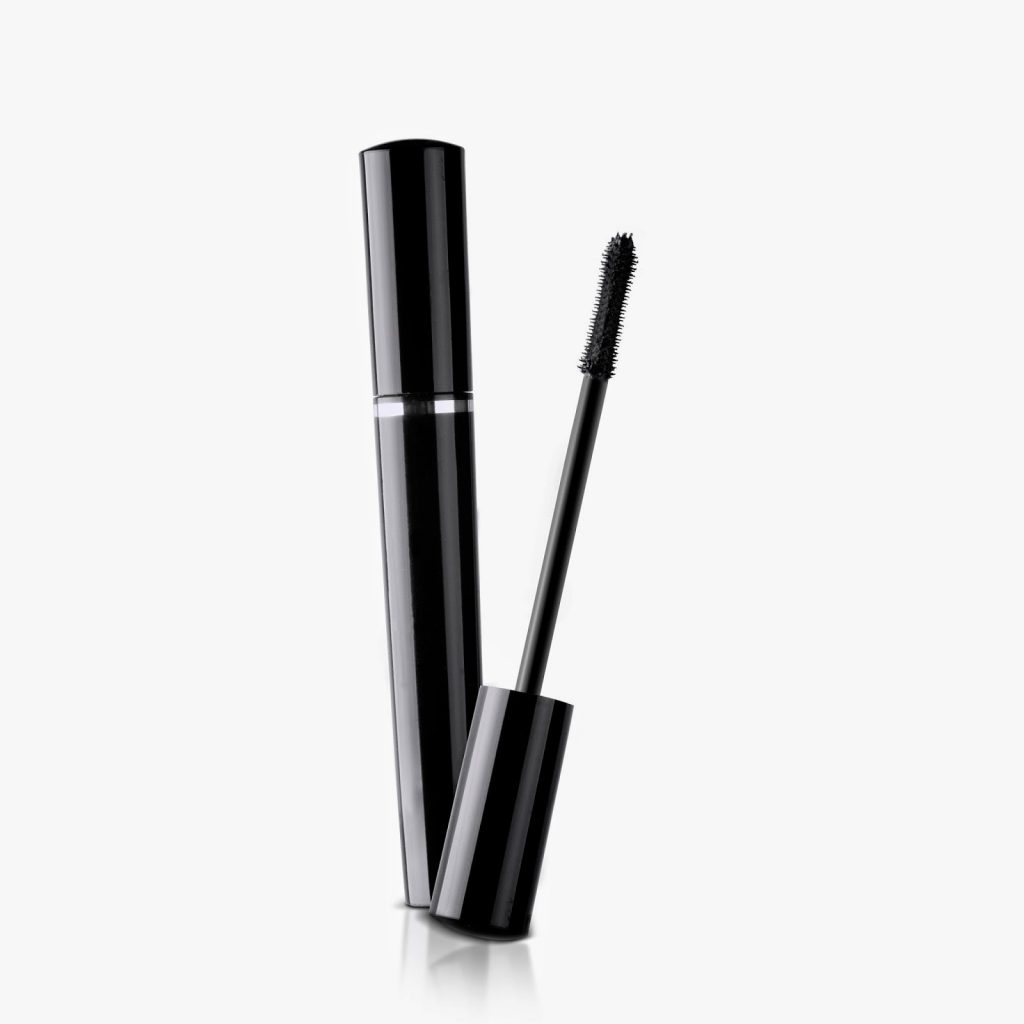 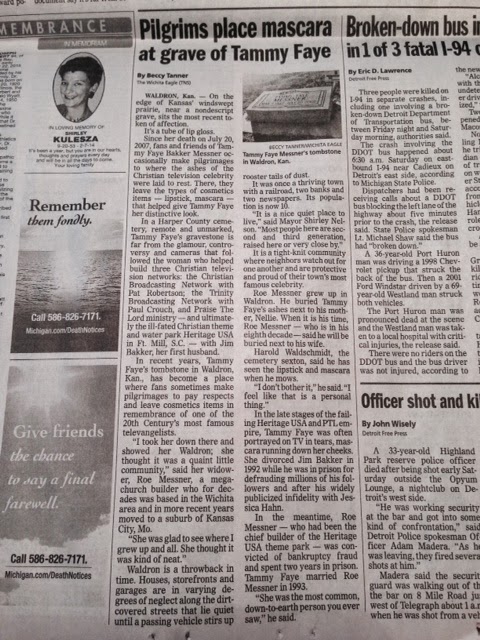