You under arrest, Sugar.

I was on my way to view Ike Turner’s body today, and decided to follow up on a bit of research I did on Teresa Graves.  I remember her mostly as a dancer from Rowan and Martin’s Laugh-In, but she definitely made more of a pop culture splash as the ass kicking female detective in Get Christie Love which only ran for one season, but is iconic.

Her final public appearance was in 1982 with Bob Hope, when she left “this business we callshow” to become a devout Jehovah’s Witness.  I do respect people and their religious beliefs, but sometimes I hate it when they stop doing the things we know them for, to follow their faith.  Cat Stevens was one, I love his music.

She was known as “Tootie” to her neighbors, and lived with her mother in this cute little house just off Crenshaw. 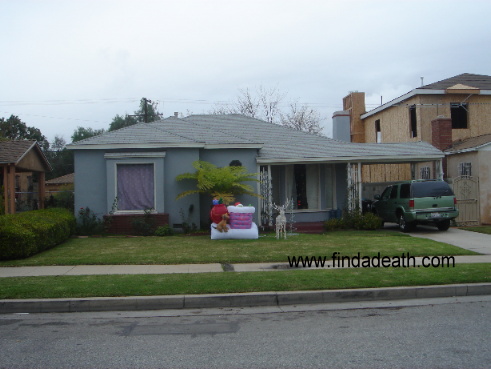 In October of 2002 her mother was hospitalized, and in the early morning of the 10th, Teresa was home alone, sleeping in the former back porch, which had been enclosed and converted into a bedroom.  Just around 12:30 a.m., a faulty space heater burst into flames.  A smoke detector went off in the front of the house, but it failed to rouse Teresa from her sleep.  When firefighters arrived, the back portion of the house was engulfed in flames.

Graves was taken to nearby Daniel Freeman Hospital, where she was pronounced dead at 1:04 a.m., of burns and smoke inhalation. 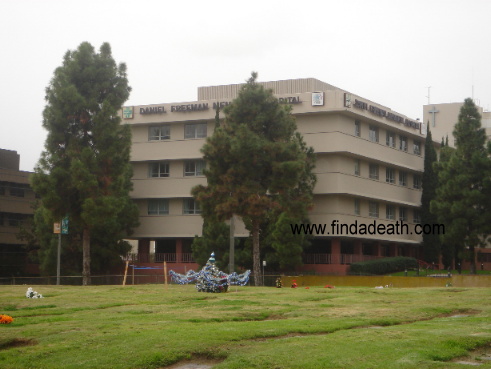 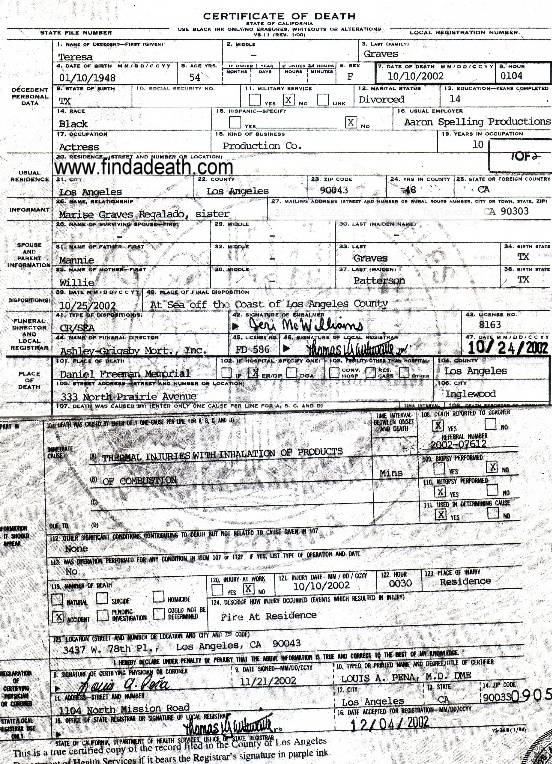 Her mother was notified after she recuperated from her illness.  Teresa was cremated, and scattered at sea.  1/2 off.

Her neighbors had no idea of her Hollywood past.  RIP, Sugar.

By the way, Ike was looking good – decked out in a pink shirt and lavender jacket festooooooned with beads and rhinestones.  A gold guitar at his side.  Looked bit old, but hell, he earned it.  I signed the guest register and left. 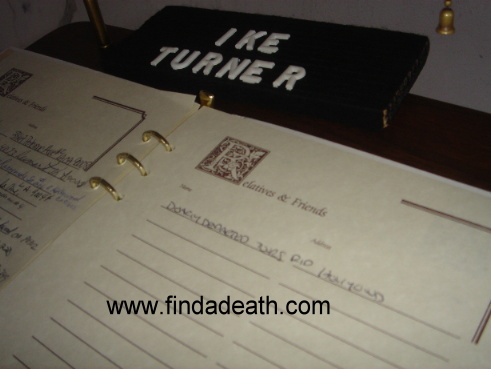 Enough death for the day.  No pictures allowed, but my friend Jackie found (WARNING: DEAD PIC) one.  Thanks Jackie!