Don’t know how many of you were into the Amityville Horror, but I was. In a big way. That book scared the crap out of me. I was really disappointed when I found out that it was all a hoax, but it’s still a great story.

Findadeath.com friend Eric sent me these fantastic pictures of that house at 112 Ocean Avenue. 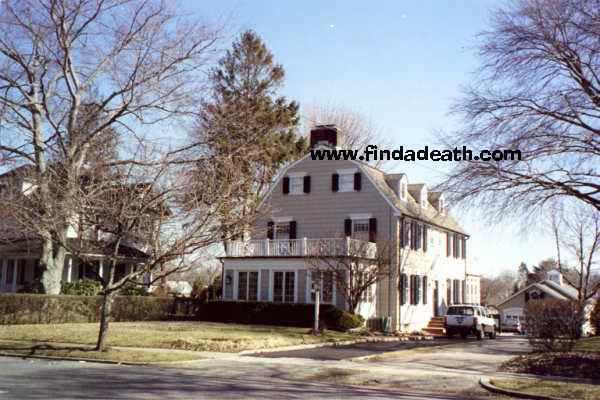 According to Eric, the eye like windows at the top have been changed to square ones, to discourage tourism.  Sad. 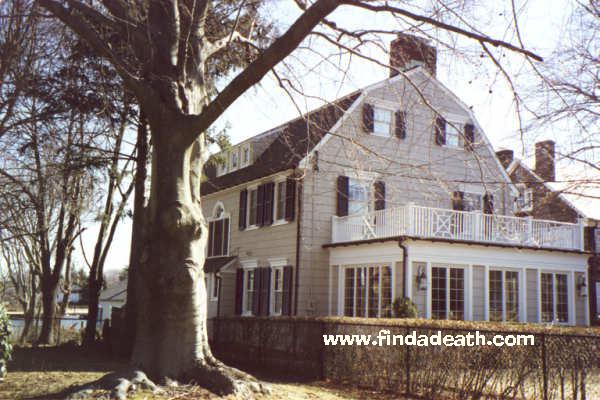 These pictures of the back of the house were taken from across the river. 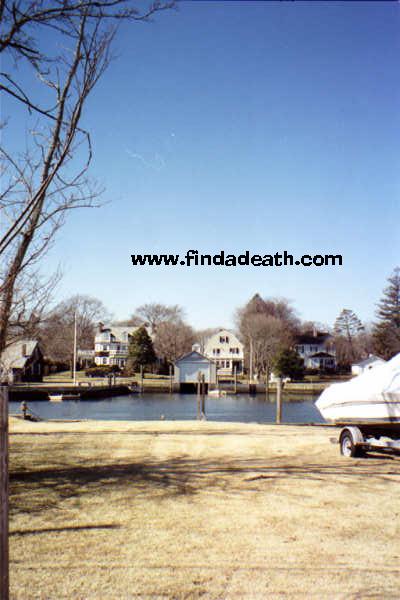 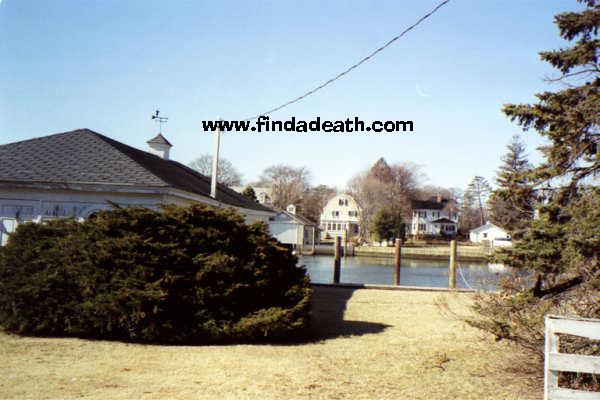 And here’s a good shot of the legendary boat house. 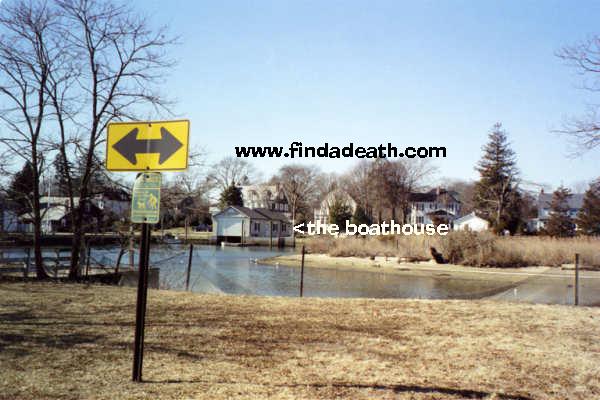 Thanks Eric.  I’ve always wanted to see it in person.  Still do, actually.  According to Eric, you can get all the dirt on the hoax, and the DeFeo murders, at amityvillemurders.com.

Hi Scott,
You seem to like humor.  The old guy next door to that Amityville house is a crab apple to be nice. When a friend and I went there a few years ago, we asked the guy next door if that was the real Amityville house. Talk about biting our heads off. He started yelling at us, saying “You people are a pain in the ass. It was only a movie, it’s not a true story. Get a life and stop bugging the people of this town.” Well, excuse us for living. You can see a picture of the guy’s house in your first picture.
Just thought I would share that with you.
Anne

I think it’s a brilliant film, and a fantastically scary story. I don’t care if the Lutz’s did lie. I did read a book disproving the whole story, called The Amityville Horror Conspiracy, which WAS interesting. These people went to such great lengths to discredit everyone involved with the Lutz’s story. They are so petty and bitchy, which is the best part. My theory was that the author was jealous of all the attention others were getting. Sad part about it, the author died before his book was even published! Too bad. Karma karma karma. It is a fun read. If you are interested in it – check it out here. Oh, and give my love to Jody.

Check out this great site about the Amityville Horror HERE. Thanks to Findadeath friend Jerri for the link.