This is the Clifton suspension bridge, inBristol, UK.  People jump off this thing like crazy.  It is one of the scariest bridges I’ve ever been on.  You want to crawl over it, its so high.  In 1985, Shirley Bassey (Goldfinger) had a daughter named Samantha, that was found below it, having fallen from the bridge.  Some say suicide, Shirley insists she was pushed.  Whatever happened, its a long damn drop. 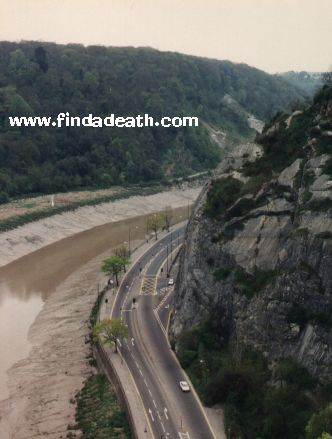