Turn on, Tune in, Drop out.

This guy was as trippy (literally) as they get. A very unusual man down to the very last minute of his life.  He chose to broadcast the moment of his death over the internet, and have his ashes blasted out into space.  Sure, everyone wants to do that now, but he was the first.

I had the opportunity to meet Leary once.  I was working in a theater in Detroit and Leary was doing a tour as a “Stand-Up Philosopher.” (Oh!  A bullshit artist!) Before my boss booked him, they asked me if I personally would pay to see him. Not having the vaguest idea who he was (this was 1980, and I was only 17), I said yes because he was mentioned in one of the songs in the show Hair.  The management booked the event, and only a dozen or so people actually showed up and bought tickets. 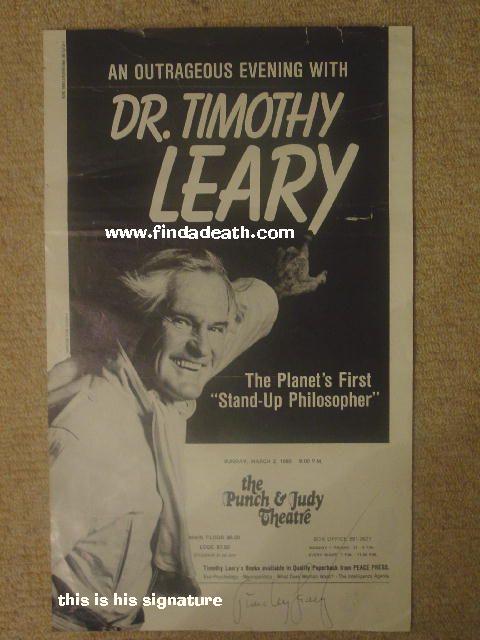 Before the show, I was sitting in the box office.  A a gentleman came in, so I asked for his ticket.  I was swiftly kicked by a co-worker, who hissed, “That’s Hiiiiiiiim!” Leary was super nice.  I took him backstage to his dressing room.  Oh, I should also mention that part of Leary’s requirement for the show was that he needed intro music to play before the show.  I borrowed my sisters Ziggy Stardust tape, and it was played in the theater that day.

I watched from the back of the theatre while Leary showed slides of different drugs he and his wife would take on occasion. Personally, I thought he was out of his mind. Then this guy in the audience approached the stage. Leary was nervous – we all were.  He looked nuts.  Huge overcoat, long hair, sunglasses and walking unsteadily. He handed Leary a gift. When Leary questioned what it was, he replied, “A bottle with a hole blown in the side.” Leary was amused, and accepted it graciously.  It wasn’t until I wrote so many years later that I realized it was a homemade bong.

After the show, I went backstage and asked him to sign my poster for the event, which he did. The end. That’s my Timothy Leary story. I should add that Leary’s lecture made the front pages of the local papers the next day. Too bad he couldn’t get the publicity beforehand.

Leary lived in Benedict Canyon, in a modest ranch-style home. 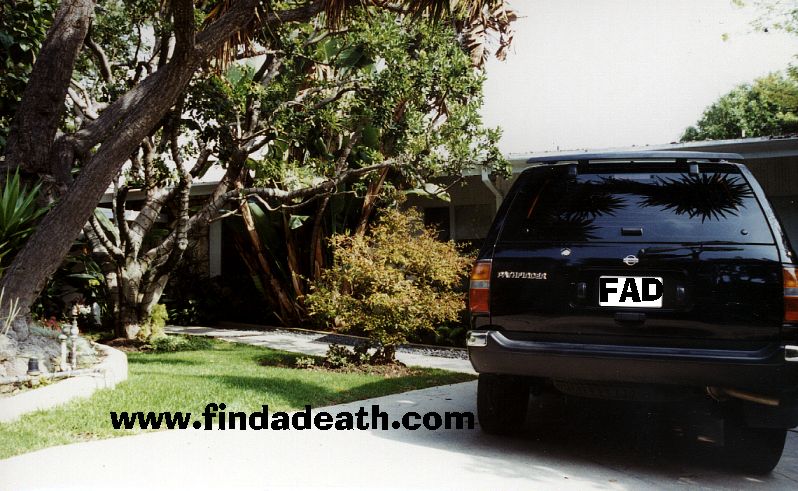 In 1995, he was diagnosed with terminal prostate cancer. I was speaking to Rocky Horror actor Barry Bostwick a couple of weeks ago. As I do.  He had prostate cancer, and was cured. However, he still goes in for checkups all the time, and could not emphasize enough the importance of getting checked. Especially men in their early 40s. So take it from Brad, do it guys.

Timothy’s god daughter was shoplifter Winona Ryder. She supposedly moved in with him a couple of weeks before he died. It is said that she loved him deeply, and the two were very close.

On May 31, 1996 – Leary was in bed and everyone was waiting for him to die.  Suddenly he sat up and asked, “Why not? Why not? Why not?” It was 12:44 a.m., and the 75 year old died. About 20 friends, his stepson Zach, and his ex-wife Rosemary Woodruff Leary were with him. Timothy made sure that the entire event was videotaped. 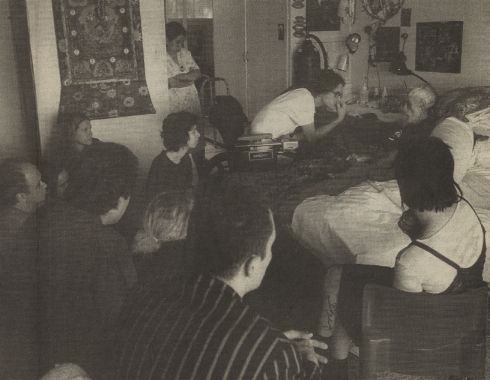 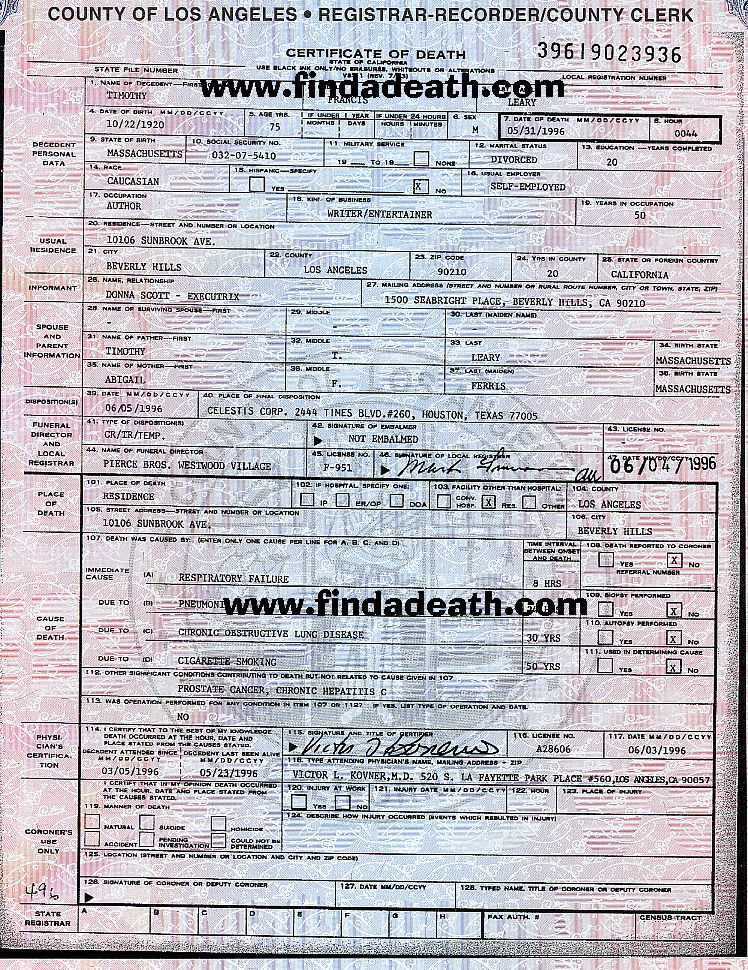 The informant was Donna Scott, Leary’s executrix. I love that word. Hi, I’m Trixie, the executrix.

Upon hearing of his death, known jerk Art Linkletter said, “You could only call it ‘what goes around, comes around.”’  Yeah, Leary really got what was coming to him.  He celebrated life, lived to a healthy age, and was supposedly a great guy to hang around with.  Art however, is a bitter twisted man, who wants to dictate  how the world should behave.  I’m really sorry his daughter jumped out the window – but she didn’t do it while she was high.  When Linkletter found that out, he decided it was an acid flashback that made her jump.  Dick.

Two days before Timothy died, he was approved for his final trip. A portion of his ashes would be shot into space, orbit the earth, then burn up upon reentry of the earths atmosphere. Findadeath.com friend Roger Sinclair provided me with this exclusive photograph of Leary’s tiny urn. 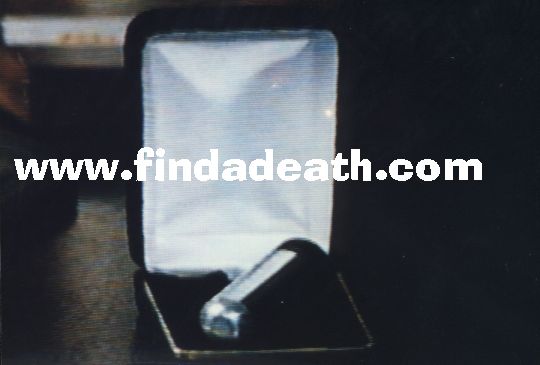 I don’t know what happened to the rest of him. The space thing cost him $4,800 and you too can have the same fun if you go here.

Trivia:  Star Trek creator Gene Roddenberry had his ashes go out on the same flight.

Trivia: Sharon Tate’s home, where the murders took place, was directly above the Leary house. 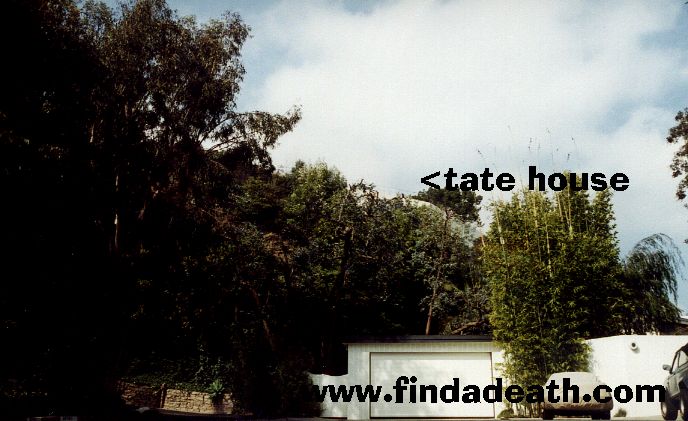 She met Timothy Leary at an art exhibition opening in New York City in 1965. She was working as a model at the time.

The couple married in 1967, and were arrested repeatedly for marijuana possession.

Timothy Leary was sent to a state prison in San Luis Obispo County in 1970, but his wife and others helped him escape. The two fled the country to Algeria, then to Switzerland.

They separated in 1971, and two years later Timothy Leary was caught trying to enter Afghanistan and was returned to the United States. He was released from prison in 1976, that year the two divorced.

Rosemary Leary stayed underground, living in Afghanistan, Sicily and Central and South America. She sneaked back into the United States in 1980 and lived under the name Sarah Woodruff.

In 1993, she had her record cleared of fugitive charges.

She wrote free-lance articles and managed the trust that administered her ex-husband’s copyrights and archives. She also lectured college students about the psychedelic era.

Timothy Leary died in 1996. Rosemary Leary was working on a final draft of her memoirs when she died.

MORE October 2002 from Findadeath.com friend John Stamey:  I didn’t see this info anywhere on your Leary page, but he was busted for drugs by an assistant DA named G. Gordon Liddy.  Apparently they became “friendly” and toured together for a while having debates about drugs and politics.  Also, one of Leary’s drug cases was where the Supreme Court declared the Marijuana Tax law unconstitutional.

Leary’s case was a Federal beef because he was busted for failing to pay the $100 an ounce tax on weed.  This tax was enacted in the 1930s; before that dope was largely ignored and generally legal.  Legend has it Abraham Lincoln smoked hash for headaches, which may have prompted his (apocryphal) comment “I freed the WHAT?” the day after he signed the Emancipation Proclaimation.

Until the Supreme Court held Leary’s position on the Marijuana Tax correct – that it amounted to self-incrimination and was a violation of the 5th Amendment – pharmacies had to display a current Marijuana Tax certificate.  It’s also been claimed that Hearst and DuPont both wanted to eradicate hemp cultivation in the US so the Hearst interests in wood-pulp paper and DuPont’s artifical fabrics would be more profitable.  The Declaration of Independence is printed on hemp paper and “canvas” is a corruption of the word “cannabis”. 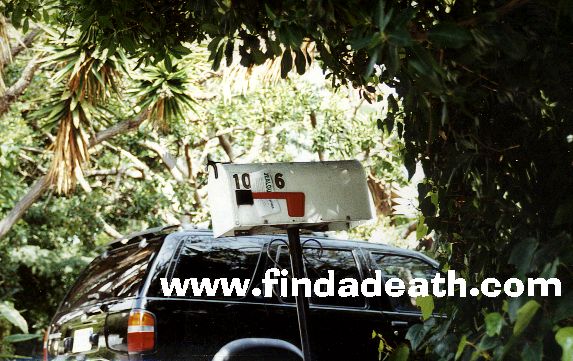