Tupac Shakur was born Tupac Amaru Shakur (Tupac means “shining serpent” in Inca) in New York City in 1971. He went on to have very successful careers as an actor & rapper. Look around the web for his career information, you know that’s not our gig. That said…

On September 7, 1996, Tupac was in Las Vegas to attend a boxing match between Mike Tyson and Bruce Seldon. He was staying at the Luxor Hotel-Casino. The fight was being held at the MGM Grand Hotel, and he was attending with Marion “Suge” Knight.  Knight is the co-founder and owner of Death Row Records which was Tupac’s recording label. They sat at ringside along with bodyguard Frank Alexander and another friend of Suge’s, in $1000 seats. Also seated at ringside were actors Louis Gossett Jr. and Charlie Sheen, as well as baseball great Reggie Jackson and the Reverend Jesse Jackson. A song that Tupac had written for Tyson, “Wrote the Glory”, was played over the public address system as Tyson made his entrance. Tyson won the fight in less than two minutes and everyone got up to leave while Iron Mike fed on the carcass.

As Tupac, Suge, and their entourage made their way through the lobby of the MGM to the entrance, they became involved in a scuffle with Orlando Anderson, of Compton, California. 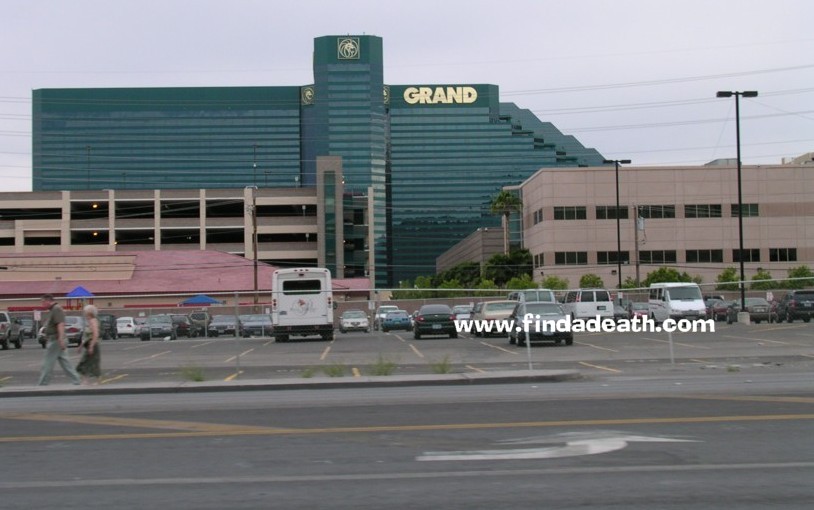 Exactly how it started is unknown, but the incident was recorded on the hotel cameras. It was broken up by security guards. Tupac and company left, and Anderson declined to follow through with any charges against the group. Tupac and his crew then headed one block south to the Luxor Hotel. Tupac was sharing a room with Quincy Jones’s daughter, Kidada. After changing his clothes, he and the rest of the crew headed to Suge Knight’s house in the Paradise Alley Township of Las Vegas. Kidada stayed behind at the hotel. Tupac was wearing a black and white basketball tank top, with baggy blue jeans and black and white leather sports shoes. Around his neck, on a heavy gold chain, he wore a large gold medallion. 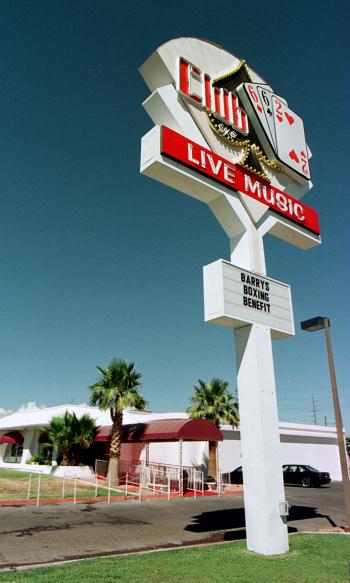 Tupac was going to perform with the rap group Run DMC, and Mike Tyson was planning to stop in as well, to sing along with the group (kidding). Tupac was riding in the passenger seat of a black 1996 750 BMW sedan, with Knight driving, and four cars following them. They headed out on the Las Vegas Strip. At 11:05, Knight was stopped on the south end of the Strip by a bicycle cop for playing his music too loudly, and for not having license plates displayed on the BMW. While the car was stopped, a photographer took a picture. It would be the last picture taken of Tupac alive. 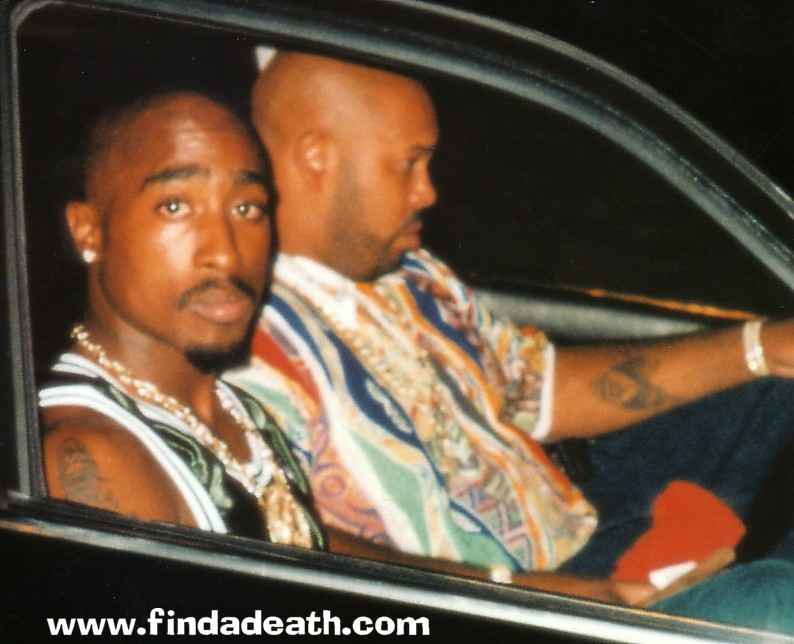 After talking with the police officer and opening his car trunk, Knight was let go without getting a ticket. The entourage then made a left on to Flamingo Road, drove past the Bally’s hotel-casino, 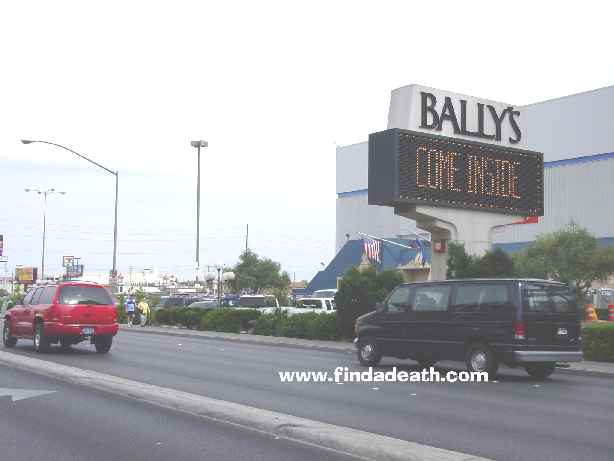 and headed towards Club 662 two miles away.

The convoy came to a stop for a red light at Koval Lane, which was a half-mile from the Strip. 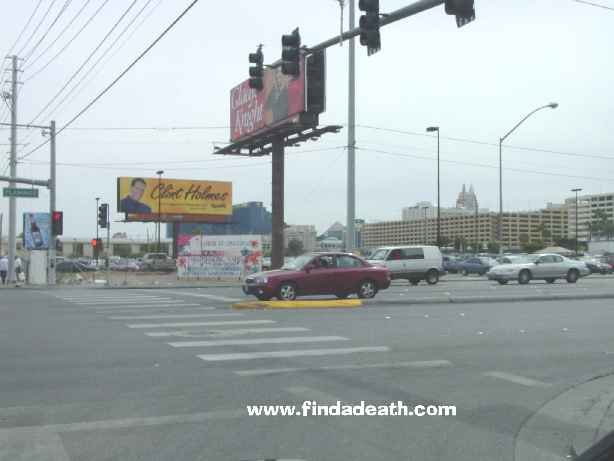 Knight’s car was boxed in by cars in front and back of him. To the left of the BMW was a Chrysler sedan with four young black women inside. They smiled at Knight and Shakur, and the two men smiled back. Then a white late model Cadillac pulled up to the right of the BMW. In it were three or four men. One man stuck a handgun out from the left rear window, and fired thirteen bullets into the BMW. Five bullets pierced the passenger door. Tupac tried to get into the back seat, but he was wearing his seat belt. He was hit three times, once in his chest, another in his right hip, and the third in his right hand. Knight was hit in the back of his neck. Two of the BMW’s tires were shot out. The Cadillac then made a right turn onto Koval Lane and took off. 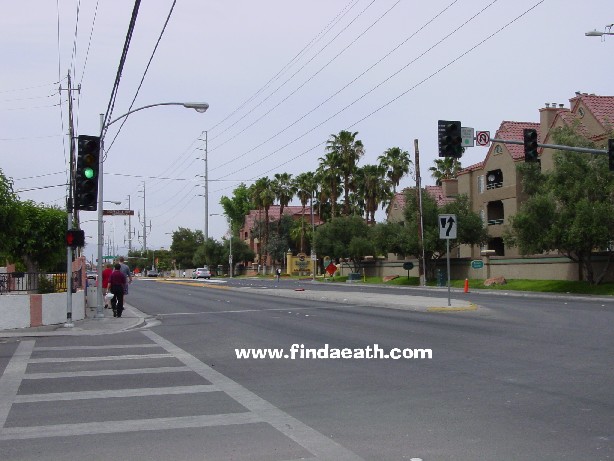 Hearing the gunshots, police arrived at the scene.

My friend EJ Fleming sends us this, “Suge said that after they were shot, he turned to Tupac and said, “Are you OK Pac?”  Tupac saw the blood on Knight’s head and said, “Me?  You’re the one shot in the mother-fuckin’ head!”

Knight then decided to drive Tupac to the hospital. Trying to drive through heavy traffic on the Strip, his car hit the median, and caused a third tire to go flat, forcing the car to stop. The police arrived, and paramedics were called. Suge and Tupac were taken to University Medical Center, a county hospital nearby. 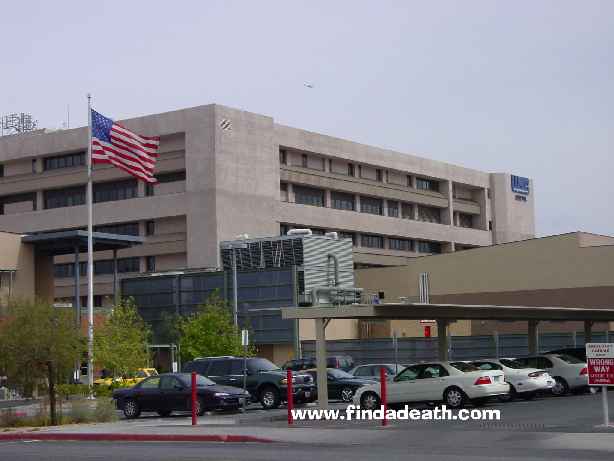 Tupac said over and over, “I can’t breathe, I can’t breathe.” As the ambulance got ready to leave, Tupac said, “I’m dyin, man.” At the hospital, he was placed on life support, and underwent three surgeries to try and stop internal bleeding. The second time, his right lung was removed.  For six days he was in a drug-induced coma with visitors such as MC Hammer, Mike Tyson, Jasmine Guy, and the Reverend Al Sharpton coming to see him. Tupac’s mother, Afeni Shakur, had flown in from Atlanta the day after the shooting.

On Friday, September 13th, 1996, Tupac Shakur died from his wounds at 4:03 p.m. His mother identified his body at 5 p.m., and he was taken from the hospital to the morgue three blocks away, where an autopsy was performed. One autopsy photo managed to surface, and here it is.  BE WARNED, it is pretty gruesome. 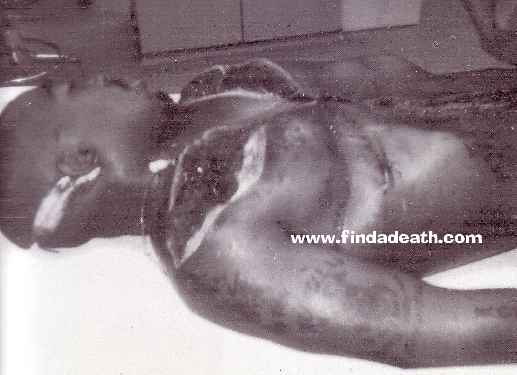 The official cause of death was listed as respiratory failure and cardiopulmonary arrest, in connection with multiple gunshot wounds. After a small service in Las Vegas, Tupac was cremated, and probably scattered at sea. Two more services would be held in Tupac’s memory: one in Harlem, and the second in Atlanta.

To date, no one has been arrested in connection to the killing.  One of the others in the entourage, Yafeu Fala, was in the car behind the BMW. He said that he saw the shooting, and would testify. Two months later, he was murdered in New Jersey. Some say that Tupac was killed due to his ties with gangs, which he denied. Others say that he was killed because his mother was once a Black Panther. There was also a supposed feud between Death Row Records and the New York based Bad Boy Records, run by Sean “P. Diddy” Combs. He also had an ongoing rivalry with Christopher Wallace, AKA The Notorious B.I.G. Is there anyone that didn’t want him dead?  Then there are the rumors that his death was faked, and he is still alive. Paging Elvis Presley….

His mother continues to release his music, and he has made more money now than when he was alive. Two films featuring Shakur, Gang Related and Gridlock’d, were released in 1997.

Trivia: He starred in the movie Poetic Justice with Janet Jackson, and Miss Nipples supposedly demanded that he take an HIV test before she would shoot kissing scenes with him. 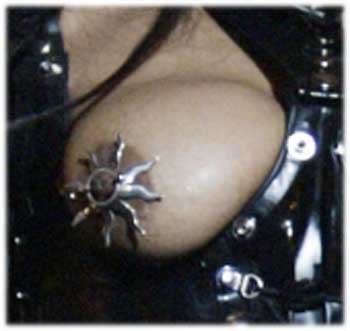 He was supposedly a big fan of Jim Carrey, and if that is true, he deserved to die.

(12-05) Okay, interrupting here for a moment – I have never received more vile emails than the ones for the above joke.  JOKE.  Jay Oh Kay EE.  Because I think Jim Carrey sucks, does not mean I hate blacks, which is some creative thinking to come up with that shit.  I won’t remove it, as I’m an equal opportunity offender.  Look around, not just at the shit that pisses you off.

He grew up in Baltimore, Maryland, and studied acting and dance at the School for the Arts, and dated Jada Pinkett-Smith.

He is supposedly listed as the most successful gangsta rapper in the Guinness Book of World Records. I wonder if Guinness spells it GANGSTA.

This story is put together by Kevin Hassell, with much help from the book The Killing of Tupac Shakur by Cathy Scott.  The location photographs were taken by me, when I went to Vegas last year with my friend Peter. 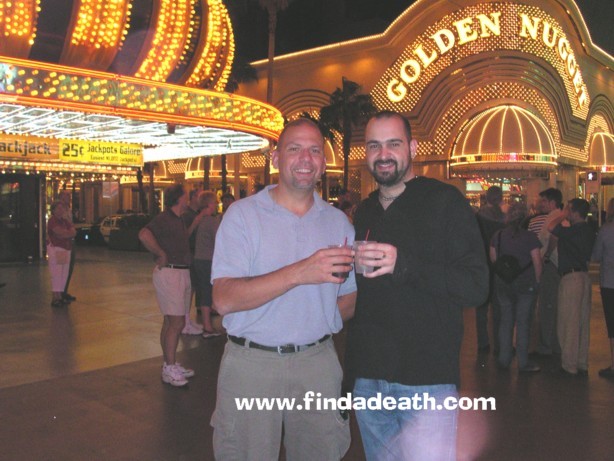 Thanks Kevin, for the story, and Peter for letting me drag you around Vegas.