Our friend Amy said there was a great apartment in her building – dirt cheap. But it’s a hotel for women…okay! We made one adjustment.

Wendie Jo Sperber was a very amusing and extremely like-able comedic actress – one of those women you could just look at, and know you’d like, and she would make you laugh.  A lot. She was a frequent presence on TV and in films of the 1970s & 80s, most notably on the sitcom Bosom Buddies and as Marty McFly’s sister in two of the Back to the Future films. 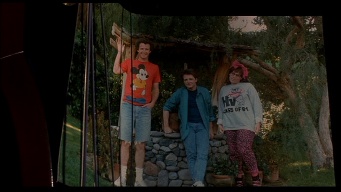 Her other films include Spielberg’s film 1941 and Bachelor Party – alongside her former TV co-star Tom Hanks.

Wendie Jo grew up in the San Fernando Valley – the daughter of a professional landscaper. While in high school, she began appearing with friends in a weekend musical revue in a small Melrose Avenue theater. Wendie Jo told reporters years later that as a teen she wasn’t looking for stardom – she simply wanted to have fun singing and dancing and be around cute guys. The show eventually attracted the attention of the grande dame producer Allan Carr, who gave Wendie Jo a small part in his 1978 film musical, Grease.
Wendie Jo was soon cast as a crazed Beatlemaniac in the film I Wanna Hold Your Hand. 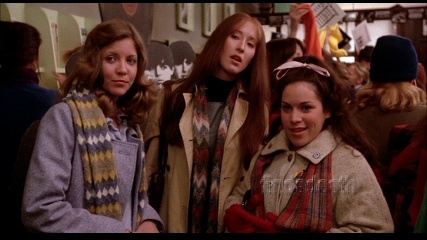 More movies and TV work followed including the popular Bosom Buddies where Wendie Jo played Amy Cassidy – the loyal, sassy friend of the series leads Tom Hanks and Peter Scolari. In spite of her success, Wendie Jo said she never took her acting career that seriously. During her short-lived 1990 sitcom Babes (about 3 overweight sisters living together in Manhattan) she confessed: “When I was younger, I was around a group of people who all that was on their minds was to become an actor, and I could never understand that. I mean, I’m a native Californian, but to think people actually pack up their bags to do this. I would never uproot myself like that…I hate working. I’d much rather stay home and do nothing.”

Wendie Jo later married a television producer and had two children. The couple divorced after a decade together. Wendie Jo was diagnosed with breast cancer in 1997 which went into remission after treatment. In 2001, she founded weSPARK Cancer Support Center, an independent organization to support individuals and their families fighting various forms of cancer through free emotional support, information and social events/activities.

Sperber got the idea for the center after working on a 1998 Murphy Brown episode with cancer survivors Tracy Nelson and Marcia Wallace. “All these actresses had already gone through what I was about to,” said Wendie Jo, who had been diagnosed just a few weeks earlier. “It was my very first support group.”

In 2002, Wendie Jo was informed that that her cancer had returned. On Nov. 29, 2005 – five days after celebrating Thanksgiving with her teenage son and daughter, as well as her parents and three siblings – Sperber, 47, lost her eight year battle with cancer and died at her Sherman Oaks home. 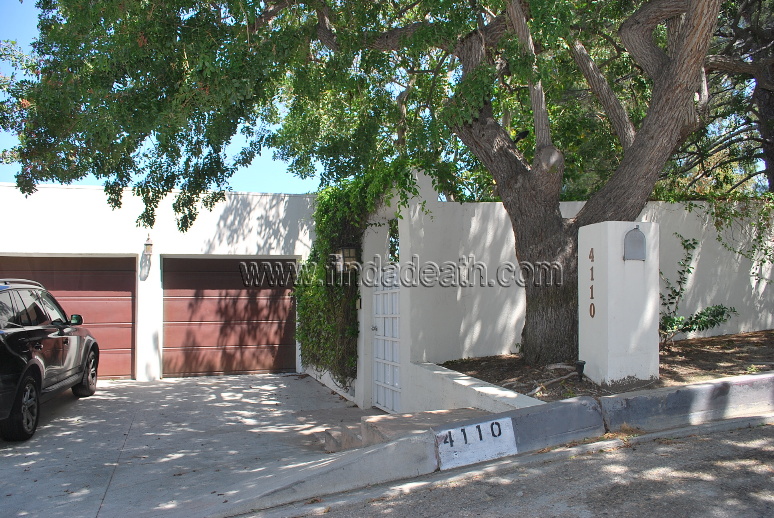 The hillside house is on property below a street level wall.

Despite exhausting chemo and radiation treatments in her final years, she had been a constant presence at her cancer support center reaching out to the center’s 750 “guests” and organizing fund-raiser celebrity golf tournaments and variety shows. You can read more about her career and charity at her website.

Tom Hanks said in a statement: “We are going to miss her as surely as we are all better for knowing her.”

Telma Hopkins (also of Bosom Buddies) reminisced to reporters: “Wendie had this great giggle. Tom and Peter would draw faces on their underwear and flash us while we were doing a scene, and she and I would bust up laughing.” 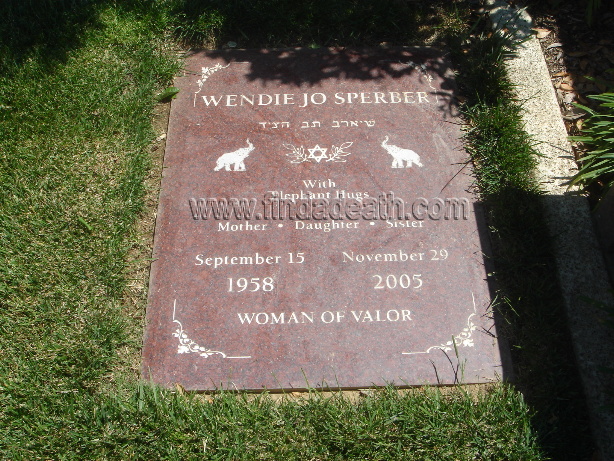 In Spring 2010, the cast of Bosom Buddies was reunited at the TV Land Awards and they made mention of their dearly departed co-star. 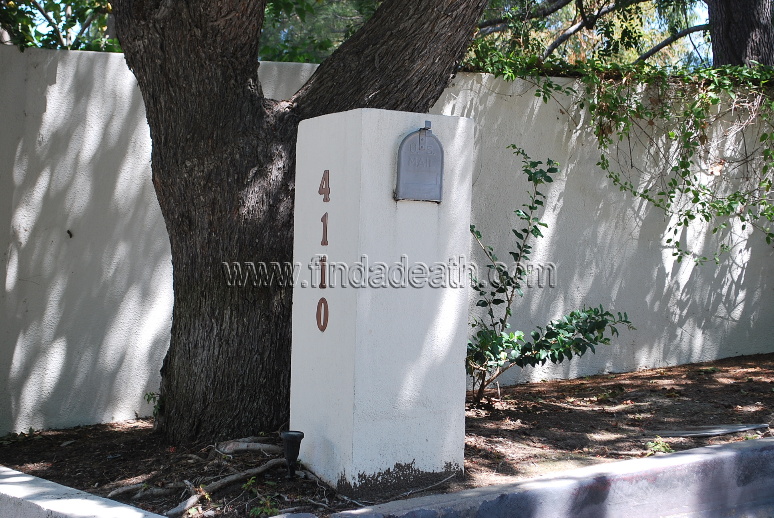