So they were turning after all, those cameras. Life, which can be strangely merciful, had taken pity on Norma Desmond. The dream she had clung to so desperately had enfolded her.

Remember him in “Sunset Boulevard?” 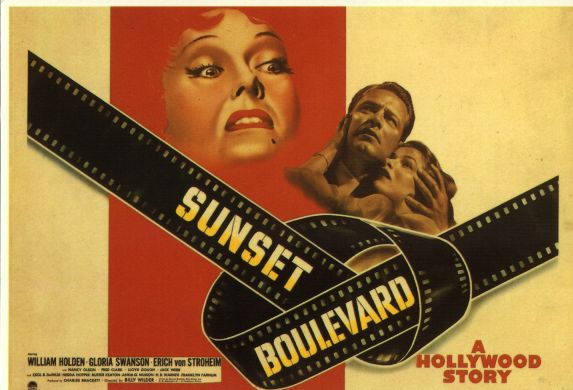 Fantastic flick. Not many of the locations still exist, but his apartment at the beginning of the film still does. It’s still called the “Alto Nido” apartments. 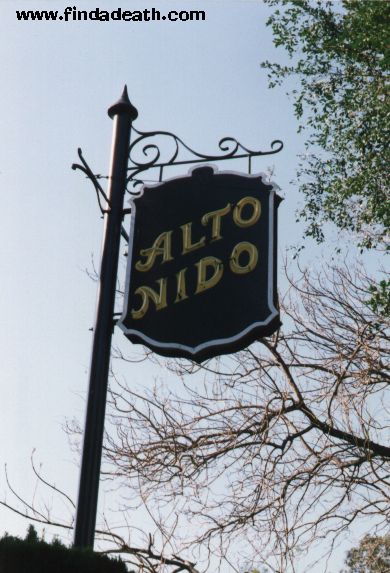 Here’s his place, in the film. 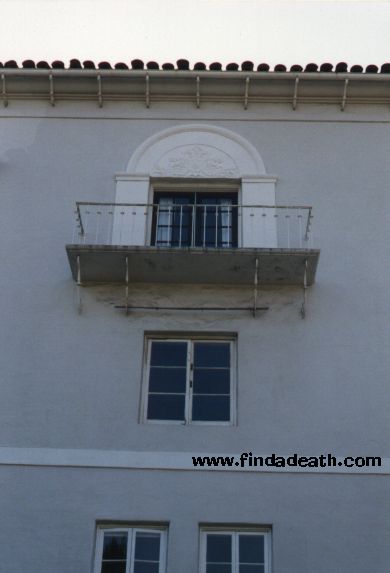 Holden was living in Santa Monica, California, on Ocean Avenue. 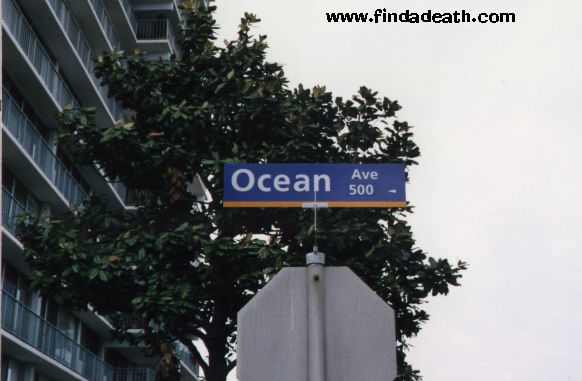 He was partial owner of the building at #535. The Shorecliff Towers. 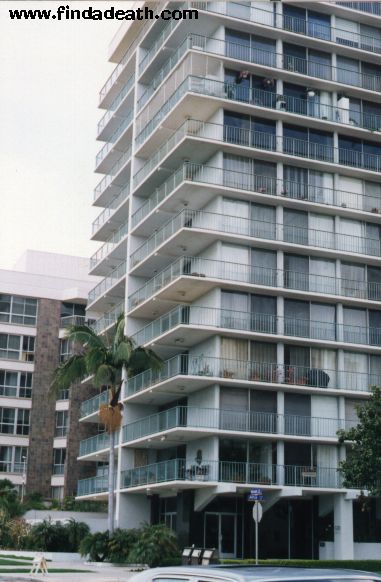 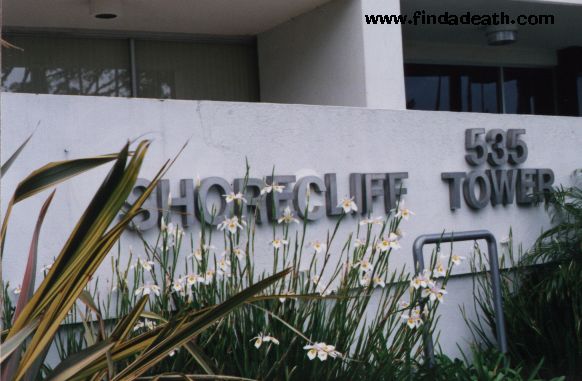 Holden’s apartment was on the fourth floor, number 43. 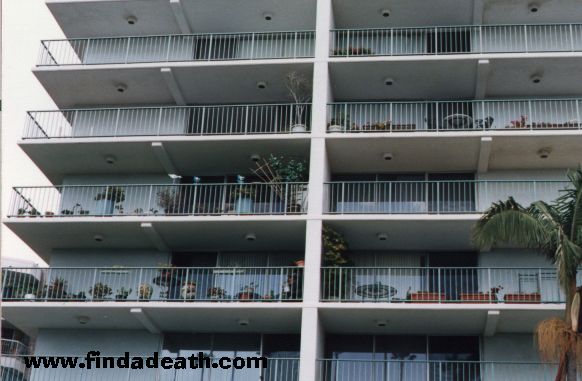 He was notoriously private. Even neighbors of many years only received a quick nod from the grump. He also had the habit of disappearing for many days, without notice. That’s why it took so long for someone to find him.

According to the autopsy report, courtesy of Celebrity Collectables, Holden was last known to be alive about one week beforehand, when he spoke to his girlfriend Stephanie Powers on the telephone. She indicated that he was drinking, but seemed his normal self and was without complaints.

On Monday, November 16, 1981, the building manager, Bill Martin, let curiosity get the best of him. He hadn’t seen Holden in many days, and became very concerned, so he let himself in, via the passkey. As we all know, curiosity killed the cat, and Mr. Martin was sure taught a lesson that day.

From the report: “All the lights were off, except for the television, so they used flashlights to get around. Holden was found in a robe and shirt, on the floor. The robe was folded back and beneath the body, with the right arm placed through the sleeve, and the left arm “wadded up” and beneath the body, suggesting that he may have been attempting to dress himself.

The body was in an advanced state of decomposition with maggots present and a large amount of putrefaction present as evidenced by the tissue separation and blisters with fluid present (nummy). Examination reveals an apparent laceration on his forehead approximately 3 inches in length. Holdens doctor showed up and theorized that he provably started vomiting blood, and possibly lacerated the lower portion of his esophagus.

They called Holden’s dentist, for records, to prove identification.

On the scene they found an empty vodka bottle in the trash can, along with 4 beer bottles and a partially full bottle of vodka on the kitchen sink. (Just in case.)

There was a large quantity of blood surrounding the body as well as all over the bedding and blankets.

From the condition of his body, it was decided that he had been dead for at least 4 days. Needless to say, Mr. Rigor Mortis had come to visit. Yuck.

Dr. Thomas Noguchi, my hero (he’s done everybody) conducted the autopsy. They found the alcohol level in his bloodstream was .22. Holden was no stranger to tipple, so there was plenty of liver damage.

The opinion of the Medical Examiner goes like this: “On the basis of the autopsy findings and the “at scene” investigation, it became clear that the decedent (Holden) accidentally fell due to tripping over the throw rug (fuck!) on the bedroom floor beside the bed, and fell into the sharp edge of the bedside table causing a deep cut on the right forehead followed by profuse hemorrhage. There is no evidence of vomiting blood as there is no evidence of hemorrhage in the Gastrointestinal Tract or gastric contents in the blood pool on the bed or on the floor. There is no evidence of foul play as the room is not disturbed and the room was well secured as well as presence of numerous blood soaked Kleenex (hows that for product placement?) beside the bed.”

In real terms, Holden had tripped on a throw rug (damn things) and hit his head on the nightstand. The really gross part is that he hit it so hard, that it jammed into the wall, and left an indentation of two or three inches into the plaster. There were 8 bloody Kleenex’s found next to his body, and a working telephone just inches away from him. Noguchi reckoned that Holden didn’t comprehend the seriousness of his injury, tried to stop the bleeding himself, and passed out from blood loss. He was probably dead within 15 minutes. The end. Full stop. 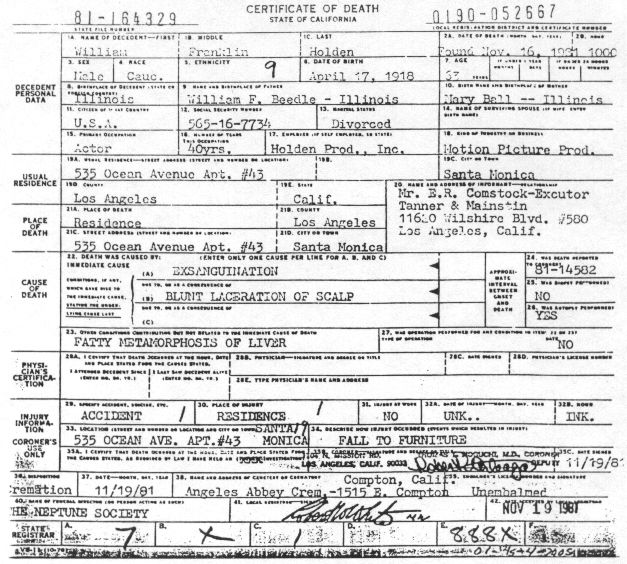 His girlfriend Stephanie Powers said of being notified, “I was on my way to work when I heard the news on the radio that Bill had died. I didn’t cope well at all. Robert Wagner was a comfort to me. Tremendous. But Bills’ death took a lot out of me. I was in mourning for ages afterwards. In any case, RJ could only comfort me for two weeks, because then his wife, Natalie Wood, drowned, and I was like, “Tell me this all isn’t true!”

Holden was cremated, and scattered at sea. “Neptuned” as the Hollywood Underground Elite have coined it!

Bill Holden left $250,000 in his will to girlfriend Stephanie Powers. She used the money to start an animal preservation fund, in Holden’s memory, The William Holden Wildlife Foundation. Aptly named, I think.

Trivia: Holden was convicted of manslaughter in Italy, in the 60s, following an automobile accident in which the driver of a small car was killed.

Was just perusing FAD stories and re-read the William (“I hate that damn rug”) Holden one.

For Christmas, we got the DVD for “Sunset Boulevard” — too cool — with all these extra background stories, etc. One surprise for me was that Holden was not the first choice for the male lead. It was supposed to be Montgomery Clift! It even notes him in the first draft for the screen play. But for some reason (I think scheduling conflicts) they went with Holden (who had been down on his luck career-wise for several years).

Just thought I would pass it along.

In my opinion, this is the greatest film ever made.