Lundy (her preferred nickname) is the mother of radio entertainer Dr. Laura.  She was born in Italy, raised Catholic, married a Jewish US Soldier and moved to America. Her daughter, Dr. Laura, is rather conservative in her spews… some might say insane.  What I do know is that Lundy was supportive of Dr. Laura on the way up, helping her as she could.  What I also know is that Dr. Laura ditched her mother.  Stopped talking to her. Done.  Dr. Laura herself explained once,

“I didn’t fall out with my mother. When it was clear that my career was taking off, I needed her to learn typing. She said, ‘If I’m going to take any class, it’ll be ceramics.’ I said, ‘Well, you can take that too, but I really need you to take a typing class,’ and she packed her bags and refused to talk to me ever again, no matter what contact we tried to make. My mother was like that. Over the years, you journalist types would love to go after me because it’s a better story to say “she abandoned her mother.”

Those of you that read Findadeath know I could go on a tear about her anti-gay rhetoric, but I won’t because I don’t really care.  To me, she is stupid.  In my opinion, what makes Dr. Laura interesting, is what happened to her mother.

In May of 2009 I attended a screening of I Love You Man, with my squeeze.  We sat through endless commercials and trailers, but one really caught my eye:  A Mother’s Day Event, hosted by Dr. Laura, called In Praise of Mom.  I shit you not. 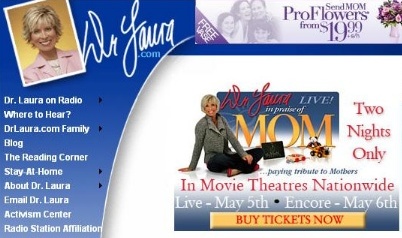 Now, I know what happened to her mother, and soon you will too.  This just struck me as odd; clearly they could find someone more qualified to do a show devoted to Moms.  Clearly.

Laura is ambitious and devotes 110% to accomplishing her goals.  On the other hand, when she finished with a task or a human, that was it.  Finished.  Done.

She was twice the adulteress.

She had a husband.  She met someone new.  Finished.  Done.

One (to save her own life) terminated ectopic pregnancy 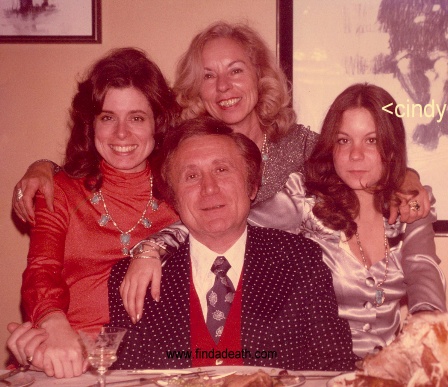 She is not a professionally trained psychologist or a psychiatrist.  She does have a PhD in Physiology, which qualifies her as a gym teacher.  She is also a certified Marriage and Family Counselor, though her license is inactive.

Definition of Physiology:  A branch of biology that deals with the functions and activities of life or of living matter (as organs, tissues, or cells) and of the physical and chemical phenomena involved; The study and description of natural objects; natural science source

A fascinating story emerged a while back about Laura’s son posting some rather questionable photographs on his Myspace page. –source

By 2002 Laura’s mother had been living with her noisy white cockatiel, in a very nice condominium (unit #103) in Beverly Hills – in an area known as (if you don’t live there) The Golden Ghetto. 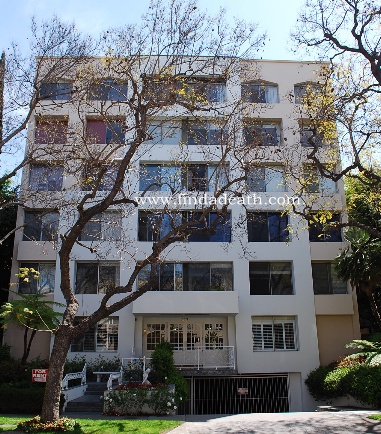 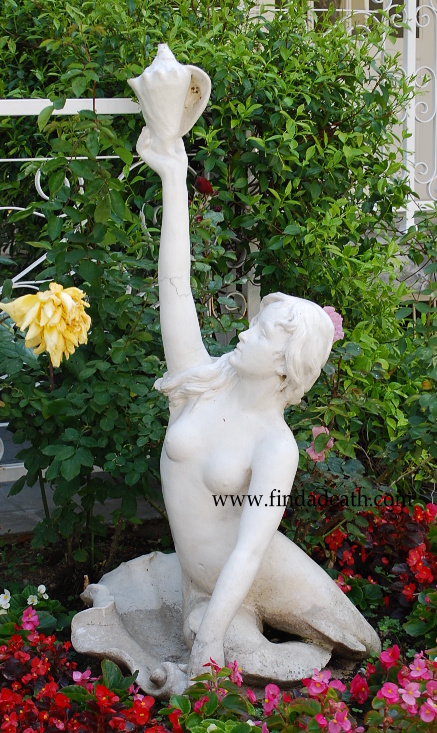 She was well liked by her neighbors.  One described her as a “friendly, pleasant, talkative person who seemed ‘quite bright.”’  Others called her “lovely” and “very wise”, they said she spoke Italian fluently and dressed “elegantly.”

I don’t know how much her condo fees were monthly, but I do know that by December of 2002 – they were two months delinquent. Neighbors also noticed they hadn’t heard that bird squawking in a while, and her mail was piling up. Don’t worry, you’ll see the mailbox.

On December 16, 2002, someone called the cops to check on Lundy.  The police obtained the passkey from the manager – apparently a “welfare check” isn’t unusual.  What is unusual,  is what they found.

While searching the condo, they found it ransacked.   They found blood spots & a ball peen hammer on the kitchen floor, and a dead bird.  They couldn’t get the bathroom door open, because it opened inward.  A Beverly Hills officer got a ladder and gained access from an outside door, and found her on the floor, nude.  She had been dead for months.  MONTHS.  Immediate theory – foul play suspected.  The windows of the condo were slightly open, which is probably accounts why no other tenants noticed the stench.

Her 1990 Cadillac was removed from the building, so it could be combed for evidence. 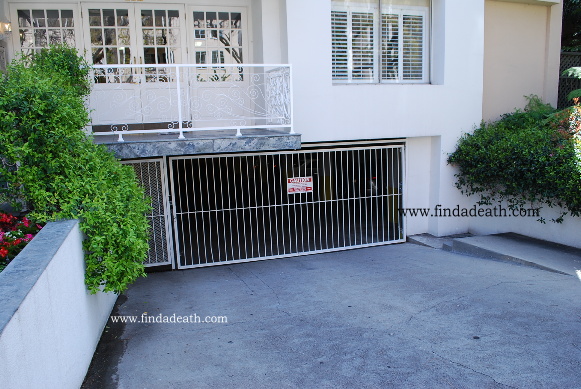 Removing Lundy for autopsy was a real chore  The LA County Coroner was brought in because the Beverly Hills Police Department could not remove a significant portion of Lundy’s scalp, which was attached to the carpet.  I imagine the attempt to lift it created a reaction similar to Velcro.  Rrrrrrrrrrrrrrrrip.  The scalp was eventually removed by cutting a one square foot of carpet around it.  Lundy’s scalp hunk was placed in a brown paper bag and placed into crypt #37 downtown, with the rest of her.  She was autopsied the next morning.

A horizontal superficial groove was found on her neck skin. She was wearing a necklace.  During the skin blistering and slippage phase of the decomposition, the necklace was compressed against the bloated neck soft tissues, resulting in the groove that was seen during the autopsy.

Originally, Lundy was brought in as a Jane Doe.  It took a while to confirm the identity of the remains, and when ID was positive and Dr. Laura was notified, she released this statement:

“I am horrified by the tragic circumstances of my mother’s death, and so sad to learn that she died as she chose to live – alone and isolated.  My mother shut all her family out of her life over the years, though we made several futile attempts to stay connected.  May God rest her soul.” 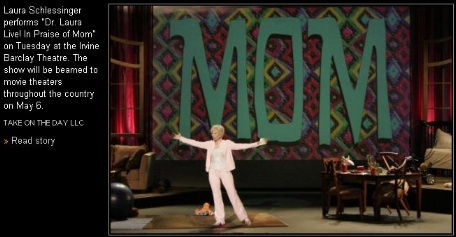 Apparently when praising your mom, it’s important to dress like a cheerleader 1/3 your age. 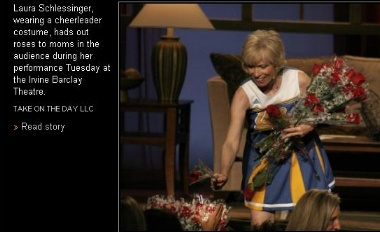 After autopsy, foul play was ruled out and the cause of death was arteriosclerotic cardiovascular disease.  Natural causes.  Dr. Laura, in her grief, made this audio statement which has been since taken down.

We still don’t know why the apartment was in such disarray, most accounts state that Lundy kept her place “immaculate.”  Interesting factoid, absolutely no photographs of Laura were found in the apartment.  Most of the tenants were surprised to even find out that Lundy was Dr. Laura’s mother, which probably irked Laura more than anything else.

She was cremated, and is inurned at Forest Lawn Hollywood Hills.  Someone decided to make up a precise date of death. 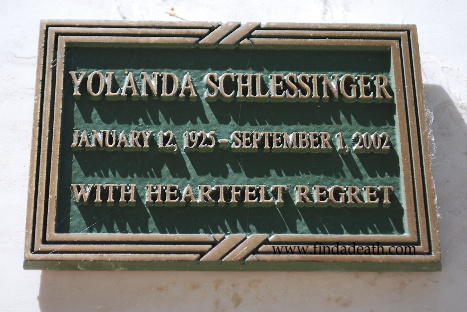 If nothing else, Dr. Laura can be proud that she helped produce and raise a son that serves and protects our country.  And actually, there is nothing else. 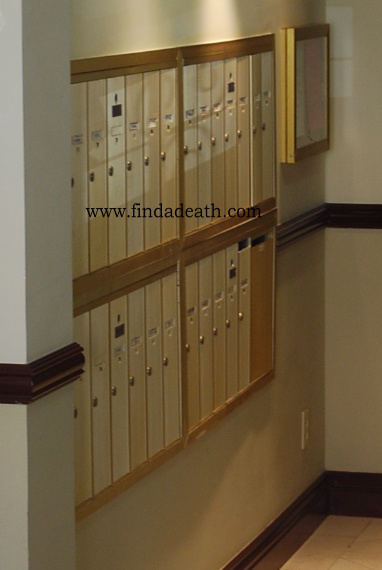