Boy, for that kind of dough I’d let you cut my leg off..

Scientists claim they have measured the shortest interval of time ever:

Researchers used short pulses of laser light to produce images of electrons leaving atoms and recorded what happened to within 100 attoseconds.  During this minute amount of time, Ann Savage had plenty of time to hiss the words, “Shut up.”

Savage is probably best known from her “role of a lifetime” in the B-film noir classic Detour (1945). She played Vera, a vicious and predatory woman, who ruthlessly blackmails a stranger (Tom Neal). It would take decades for the film to gain a cult following and praise from noted directors – like Wim Wenders who stated that Ann’s work was “at least 15 years ahead of its time.” A year before her death TIME magazine named her Detour role as one of the Top 25 movie villains.

One example:  Tom Neal’s character is hitchhiking and gets a ride.  Neal notices the driver has scars on his hand.  Driver notices Neal and says,

“Beauties, aren’t they?  They’re going to be scars some day. What an animal.”

Neal responds, “Whatever it was, it must have been pretty big and vicious to have done that.”

Driver, “Right on both counts.  I was tussling with the most dangerous animal in the world.  A woman…     There ought a be a law against dames with claws.”

In 1938 at age 17, Ann’s screen test at MGM was unimpressive but Ann took the advice to get her teeth capped and study acting. Ann trained at Max Reinhardt’s School of the Theatre in Hollywood (later the site of The Old Spaghetti Factory eatery. 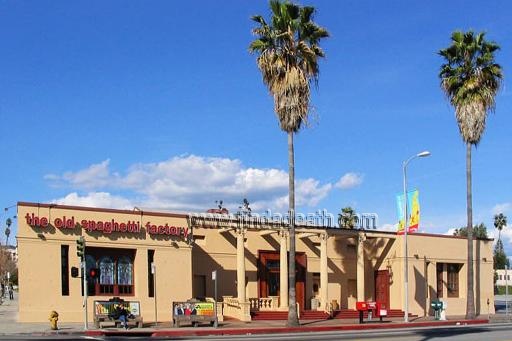 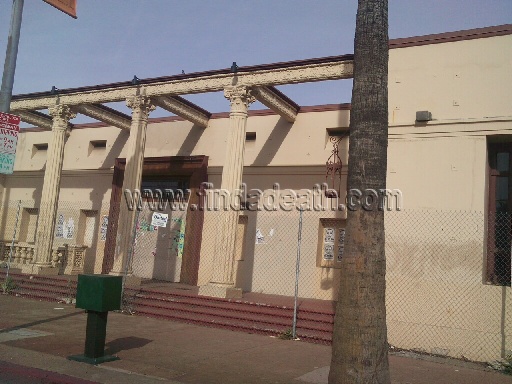 The acting school’s manager Bert D’Armand became her agent – and would eventually become the love of her life.

An acting showcase led to a screen test down the street at Columbia Pictures (now Sunset-Gower Studios). 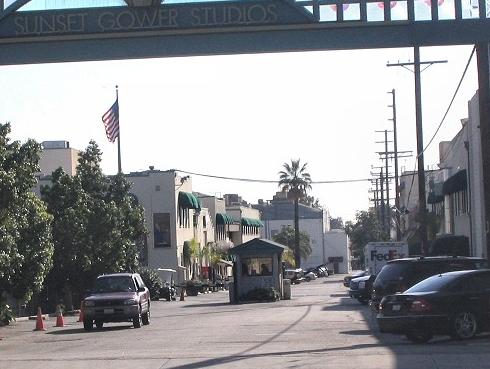 Columbia had risen from the Gower Street “poverty row” studios under the command of its President/Owner Harry Cohn. Ann was offered a contract and made her screen debut in 1943’s crime-drama One Dangerous Night.

Ann (like her fellow Columbia starlets of the era) was groomed by the studio to resemble their biggest star Rita Hayworth and she appeared in about 30 films including B-westerns (Renegade Girl) to B-musicals (Two Senoritas From Chicago). Ann reportedly carried her Columbia Pictures employee I.D. in her wallet for the rest of life. During those war years, she was voted best bowler on the Columbia lot and lauded for writing the most letters to soldiers. She was also a gracious volunteer at The Hollywood Canteen and sold countless War Bonds on service tours. 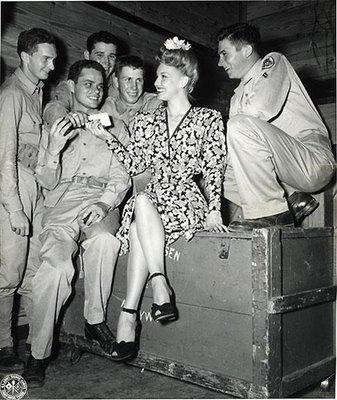 Like most contract-players, she was loaned out to other studios for projects. She made Detour in six days for Producer’s Releasing Corp ( a “poverty row” production company). Her director Edgar G. Ulmer insisted that Ann put aside her big studio glamour and dive into the femme fatale role of Vera with shiny skin and oily hair. Ann garnered good reviews for the film, but her showbiz peers couldn’t understand why she would appear in a way that insulted her natural beauty. Not all actors dismissed her raw, honest performance – Marlon Brando said that the person he most wanted to meet when he moved to Hollywood was Ann Savage. (Way to go, Ann!) 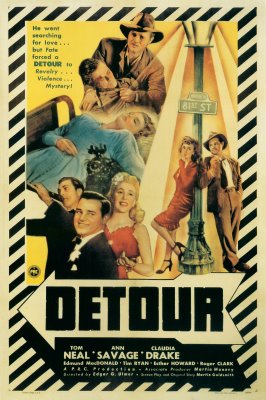 After two short-lived marriages in the early 1940s, Ann married her 3rd husband, manager Bert D’Armand in 1947. Ann would later say that he was “a wonderful man and worth putting up with the other 2 bastards to get him.” By the 1950s, Ann and Bert had moved to New York City where Ann found more frequent and challenging roles in early television teleplays. She later made a few guest appearances on TV dramas and eventually settled into commercial work. After her beloved Bert’s death in 1969, Ann returned to Los Angeles to care for her aged mother and worked as a legal secretary. In 1979, Ann’s odd jobs financed her flying lessons and she became a licensed pilot of private planes. She loved flying and said it made her feel “closer to God and Bert.”

Decades after Detour was filmed, it fell into public domain and began popping up on television and videotape. A cult of fans sprung up for Ann and her bad girl roles.Detour was hailed as film noir’s greatest low-budget feature. In 1983, Ann attended a screening of Detour. The director’s widow Shirley Ulmer spoke afterwards in a Q&A segment and mentioned not knowing the whereabouts of its star Ann Savage. Ann popped up from her seat and said “I’m right here.”  Cool. 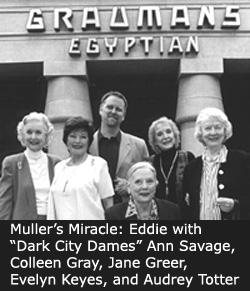 Ann Savage spent her final decade connecting with the fans she loved and enjoyed via the internet and her Myspace page. The former girl who was raised on countless movie happy endings never stopped dreaming of a return to acting. Inspired by Gloria Stuart’s Titanic comeback, Ann starred in Guy Maddin’s film My Winnipeg. The 2007 film won film festival prizes and awards. In Hollywood, Ann was now viewed by peers as “icon and legend.” 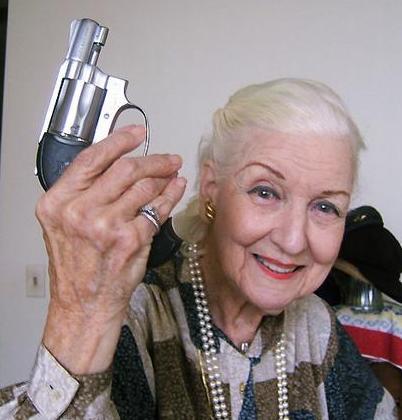 Ann lived her final years in a modest apartment in West Hollywood, her name clearly visible on the doorbell. 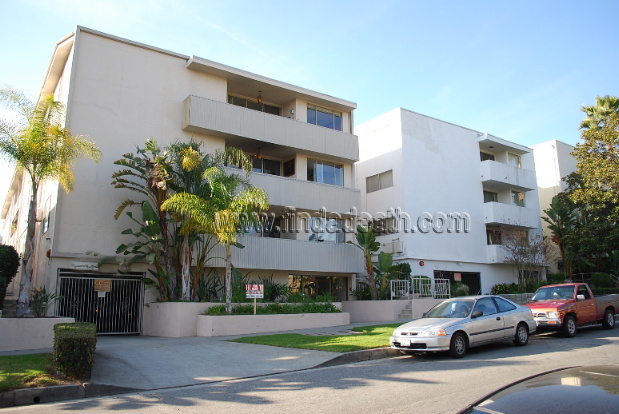 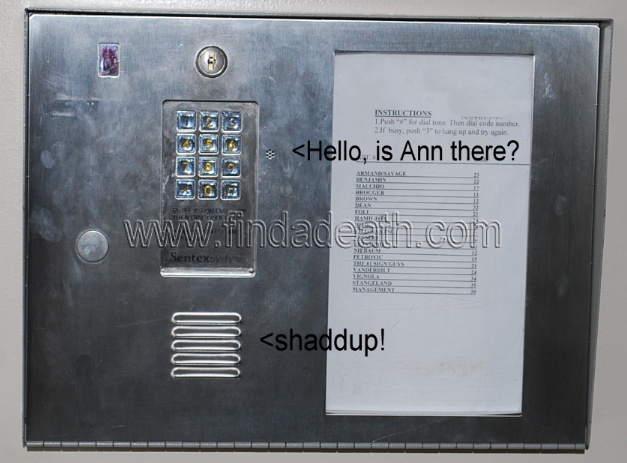 She had several strokes, and was admitted to a long term nursing facility. 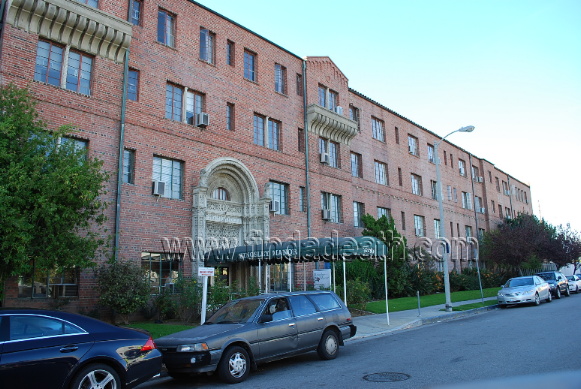 It was in this facility that Ann died in her sleep on Christmas Day 2008. She was 87 years old.

A memorial was held for Ann on January 18, 2009.  About 40 friends and fans attended the memorial service in the chapel at Hollywood Forever cemetery.  My friend Jayne Osborne was one of them.  Jayne told me that the service included both Christian and Jewish readings and prayers.  The urn containing Savage’s ashes was on a pedestal at the front of the chapel, wrapped in a black fur and, at the end of the service, the urn was anointed with perfume from a large bottle of Chanel No. 5. 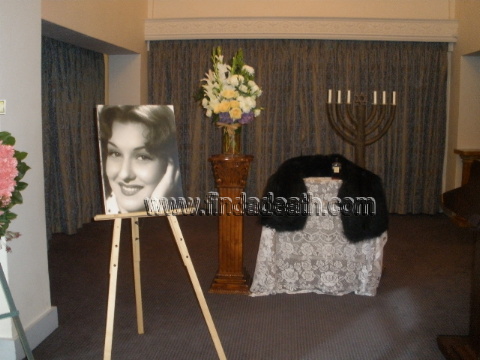 The speakers included Eddie Muller, founder and president of the Film Noir Foundation and author of “Dark City Dames: The Wicked Women of Film Noir,” which includes a chapter on Savage; Arianne Ulmer Cipes, actress and daughter of Edgar G. Ulmer, who directed Savage in Detour; and Kent Adamson, Savage’s manager.  Jayne and Steve Goldstein were both kind enough to grab a program for me, and this is the inside of it. 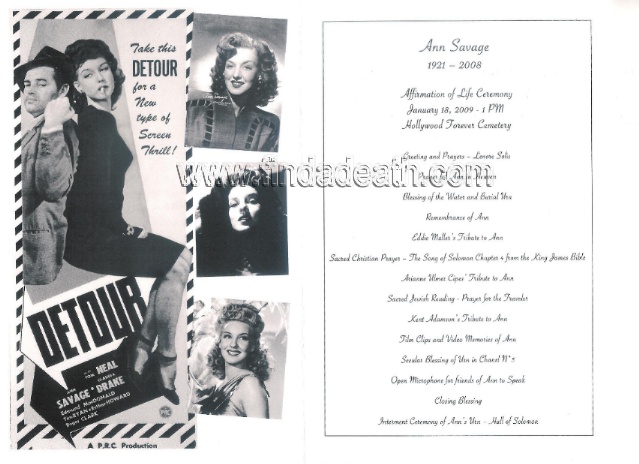 Adamson told the story of the time Savage was co-starring with an actor who was more comfortable in Western roles than the darkly hard-boiled, two-fisted films Savage specialized in.

“Stop upstaging me,” the actor said to Savage, to which she replied, “How can I help it?”

At her behest, she was interred alongside her husband Bert D’Armand in the Beth Olam Mausoleum, Alcove of Peace in Hollywood Forever Cemetery – just down the hall from Bugsy Siegel, and just down the street from the Gower Street soundstages where she found her film immortality.  Inside the niche are a few mementos, including pictures, a small clock, a pocket knife, a key, and her Cinecon film festival ID card. 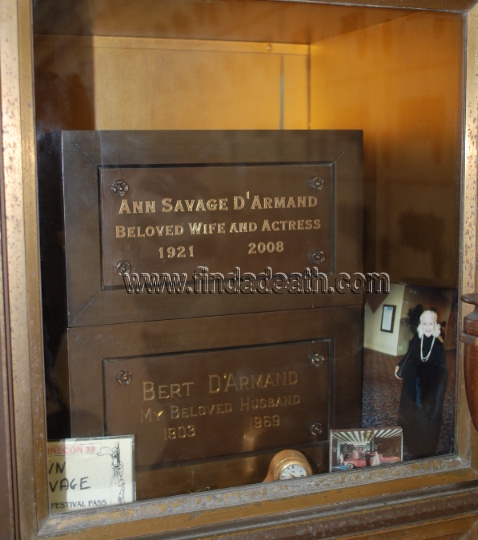 Ann Savage’s lifetime collection of career memorabilia was donated to the archives of the University of Texas at Austin – where we will never ever get to see it.

But we cansee her mailbox. 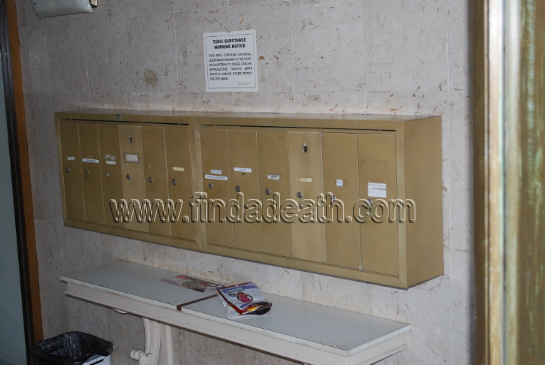 Thank you to Jayne Osborne, Steve Goldstein and C.

One thought on “Ann Savage”