I did not want to meet my queen in a wheelchair. I was on two canes, and I managed to follow the protocol, two steps back, curtsy, two steps forward, curtsy again. The queen pinned the medal on and was concerned about how I was recovering. It was a wonderful honor I will never forget.
Remember even though the outside world might be raining, if you keep on smiling the sun will soon show its face and smile back at you.
Oh, if I had only known then what I know now, I would have stopped it last year when I was still young.
They see me wheeling around in a beautiful gown, and they realize you can look elegant, and you can lead a happy life in a wheelchair. I know I’ve helped handicapped people, because I’ve received many comments.
I was a star in England, but I’ve never been a star in America. Now I am.
My father was an Episcopalian minister, and I’ve always been comforted by the power of prayer.
Yes, I’m a great believer in angels.
Show More Quotes
Show less

Anna Lee had Alfred Hitchcock give her away at her at one of her weddings, her godfather invented Sherlock Holmes, her daughter was married to an Everly Brother and she played the beloved matriarch of the Quartermaine family on General Hospital for 26 years.  Career here.

Anna was born Joan Boniface Winnifrith in Kent, England in 1914 and with her first husband Robert Stevenson, they relocated to Hollywood in the thirties to crack the movie biz. She made over 60 films on the big screen including How Green Was My Valley, Fort Apache, King Solomon’s Mines – probably most memorably she played a singing nun in The Sound of Music and the nosey neighbor in Whatever Happened to Baby Jane. 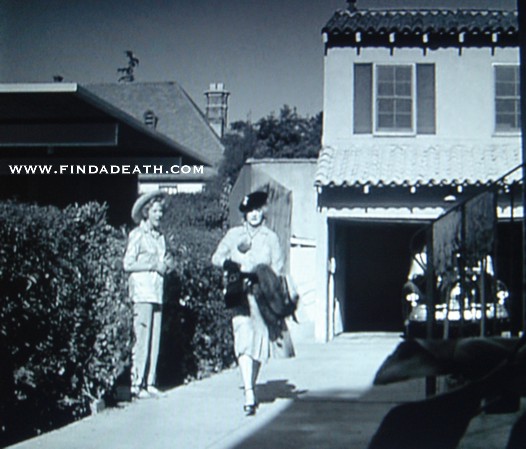 It was her role as Lila Quartermaine on General Hospital that brought her to the attention of daytime fans. She began with the show in 1978. In 1982 Anna was sideswiped in a car accident that left her paralyzed and wheelchair bound. With her British perseverance, Anna recuperated, returned to the show and stayed with it until her health began to fail – a year before her death 21 years later.

They film General Hospital at the Prospect Studio in Hollywood, where they make Grey’s Anatomy. 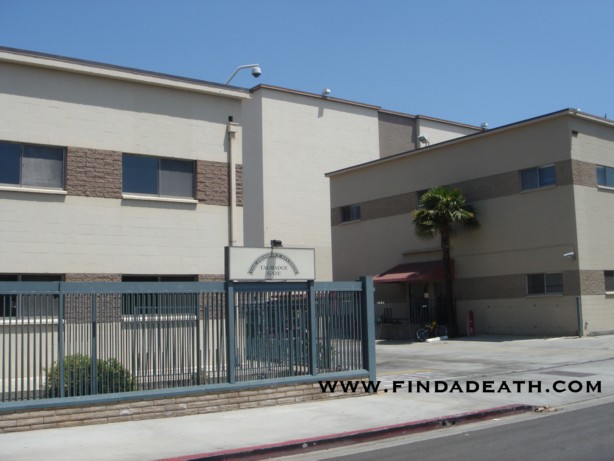 Anna lived in a sweet little cottage just above the Sunset Strip where every day she would raise both the American and British flags in front, and have a proper English Tea. In 1994 she had a house fire, and her next-door neighbor and friend, musician Herbie Hancock, called the fire department, and probably saved her life.  Her English Cottage had to be rebuilt.

In 2003, Anna was let go from her contract on General Hospital as her health was affecting her frequency on the show. Ultimately Anna contracted pneumonia, and died on May 14, 2004 in her home.

A week later, she was awarded the Daytime lifetime achievement award which was scheduled prior to her death. Two months later, her alter Ego Lila Quartermaine was also given a funeral on General Hospital.

Her own memorial service was held at Westwood Memorial Park, which I happened to crash. Bagpipes played as mourners celebrated her life. I noticed in the crowd the actors that played her daughter Tracey; husband Edward, Gail Baldwin and Audrey Hardy also attended. She was cremated and her ashes are inurned next to her third husband, poet Robert Nathan. 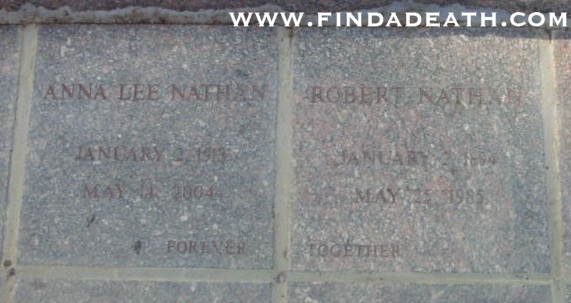 I heard another report that they were both scattered over the coast of Santa Barbara.

When Anna died, I was still doing the living people tours, and Anna’s home was on my tour. After her death, the house was emptied and sold. 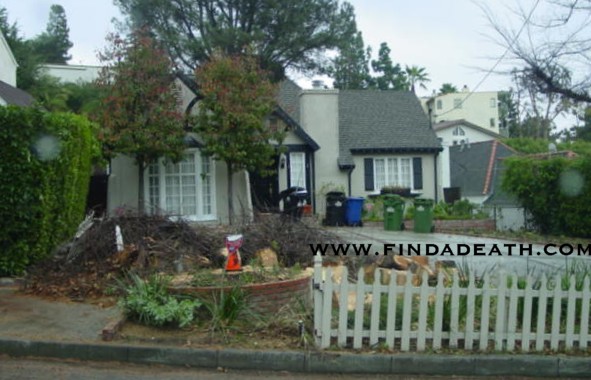 It saddened me to see Anna’s beloved Union Jack that she proudly displayed in the front of the house, chucked in the garbage bin.   So I took it, and see it and think of her every day. 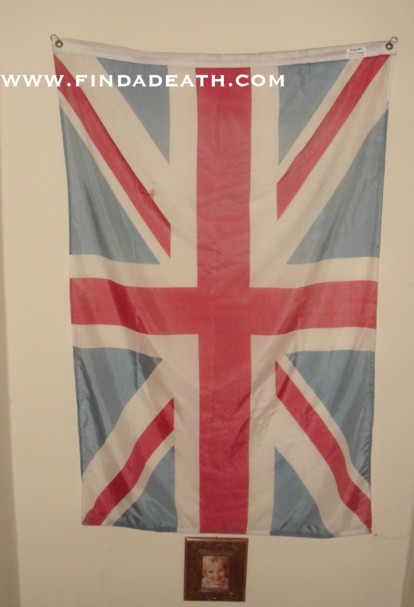 This is the way her house looks now. 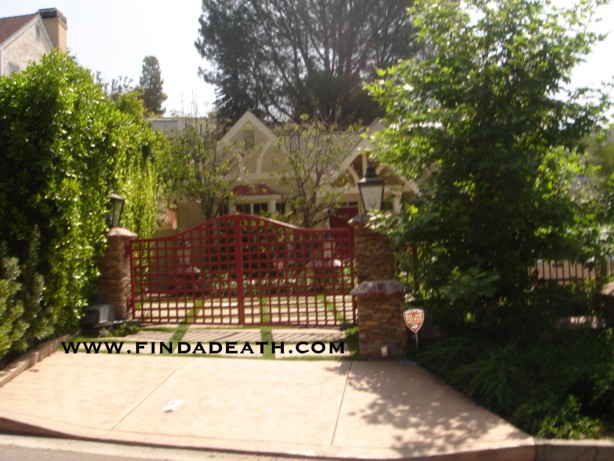 Trivia:  The house Anna lived in, in Whatever Happened to Baby Jane, was also used in Bringin’ Down the House with Steve Martin and Queen LaQuifa. 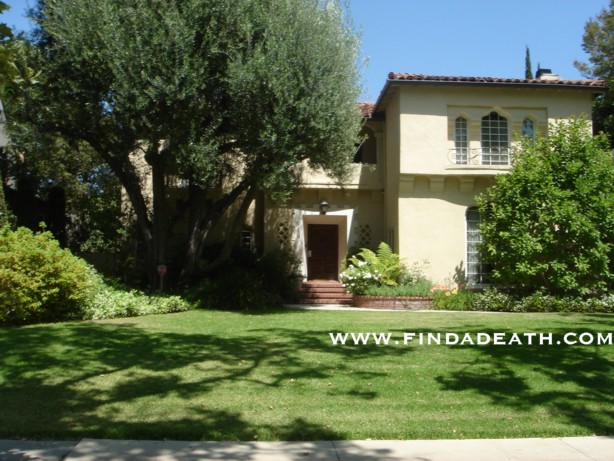 This story is was written with gratitude to Shelly Souder.  Thank you, Shelly.