Deep down, I’m pretty superficial.
Nobody could pile on the applesauce like Mickey. He was the best liar in the world – well, Frank Sinatra can tell a good story, too, but I don’t believe he was ever unfaithful to me.
I suffered, I really suffered, with all three of my husbands. And I tried damn hard with all three, starting each marriage certain that it was going to last until the end of my life. Yet none of them lasted more than a year or two.
It’s fine being stared at as a pretty girl, but not as a freak. When I tried to make myself ugly, they said, ‘Oh, she’s lost her looks.’
The marriages to Mickey and Artie were easy come, easy go. I called them my ‘starter husbands!’
I fell down in Hyde Park with a friend who’d had a hip operation, and neither of us could get up again. People must have thought we were a couple of drunks rolling around and walked on by.
To be possessed when you are a child is just a wonderful feeling. It makes you feel safe. It makes you feel loved. But later if anyone tried to possess me – oh boy, I was out of there.
Mickey – the smallest husband I ever had and the biggest mistake I ever made – well, that year, it was.
Because I was promoted as a sort of a siren and played all those sexy broads, people made the mistake of thinking I was like that off the screen. They couldn’t have been more wrong.
I’m not saying my own looks don’t give the game away. Nothing I can do about that anymore. A nip and tuck ain’t gonna do it.
Show More Quotes
Show less

Ava Lavinia Garner was born on Christmas Eve 1922 near Smithfield, North Carolina. In her career she made over 60 films, and had one Oscar nomination for Mogambo in 1951. In her lifetime she married Artie Shaw, Mickey Rooney (figure that one out) and had a rather stormy marriage to Frank Sinatra (as you do). In 1990, Miss Eyebrows was living in London with her h – ousekeeper (as you do) on a street called Ennismore Gardens. 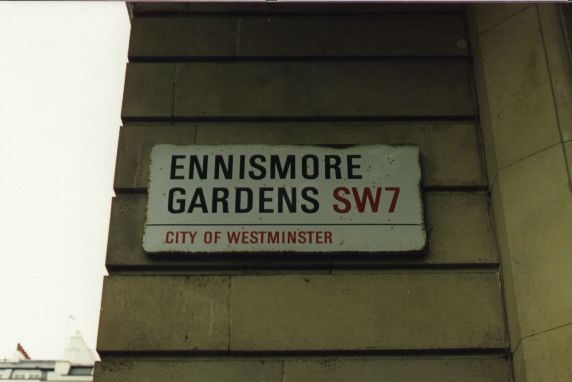 According to neighbors, she would take her pet corgi out the door for walks every day. 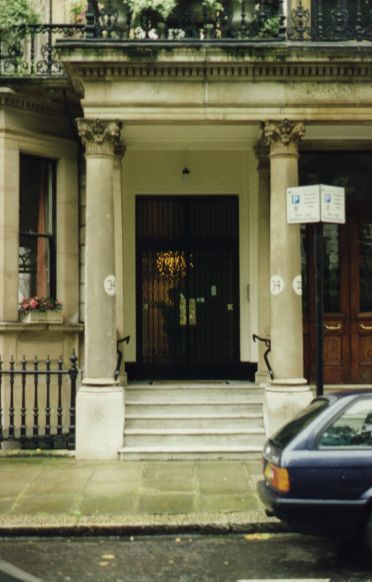 Ava had been plagued with ill health in recent years, including 2 strokes and pneumonia. She was working on a biography, when she died.  Her last words to her housekeeper were, “I’m so tired.”  She died in this flat, at #34 Ennismore Gardens. 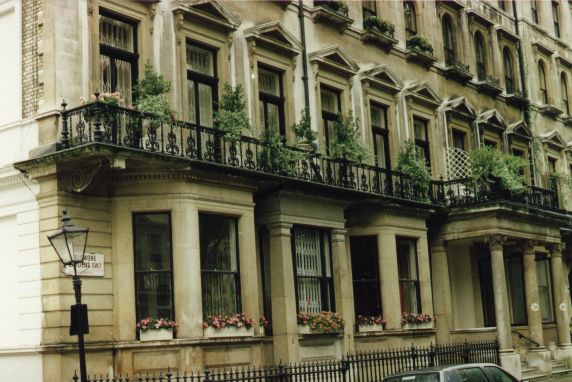 I met up with Peter Hinwood, the muscled guy from The Rocky Horror Picture Show.  He was in a film called Tam Lin, with Ava.  The film was directed by Roddy McDowall, and Peter had only good things to say about Mr. Roddy.  Ava, he said was very nice, and she liked ’em young. 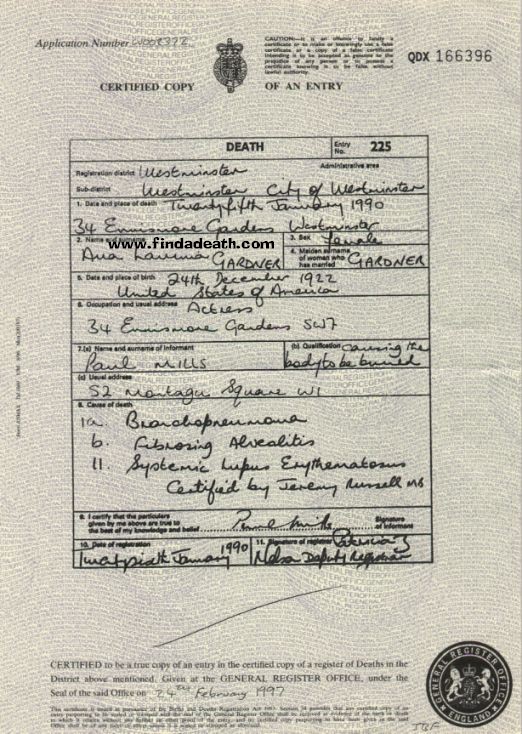 Ava was flown back to the United States, where she is buried alongside her parents, in Smithfield.

Frank Sinatra, apparently devastated, sent flowers.  There were 500 mourners that attended the funeral, and apparently one black limo in which no one exited.  That, they like to think, was Frank.

Trivia: Ava Gardner played Lorne Green’s daughter in the film Earthquake, but he was only 6 years older than her.

I was heading back from Myrtle Beach today and saw the signs for the Ava Gardner Museum in Smithfield, NC. 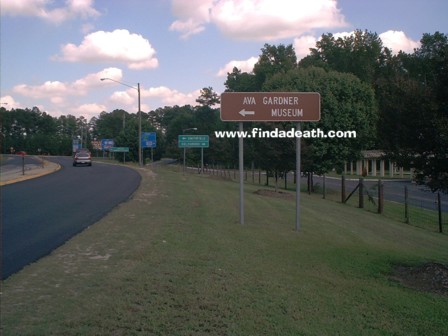 Thought you might want to know that her hometown hasn’t forgotten her.
Its just one mile off I-95 at exit 95 in Smithfield and has a rather camp exterior. 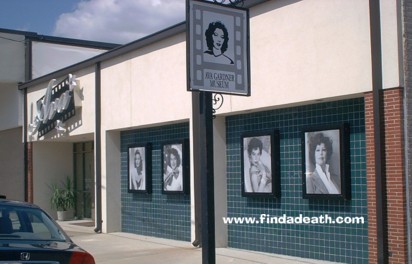 Excellent Jeff!  Thanks a ton.