What’d they get you for? Impersonating a Barbie doll?

Broadway and television actress Barbara Colby is best known today as Sherry the prostitute in the 1975 Mary Tyler Moore Show episode in which newswoman Mary Richards goes to jail for not divulging her sources. 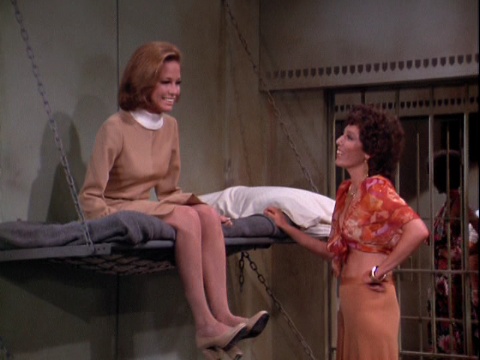 Barbara Colby’s toothy smile, husky voice, and sharp acting skills made her instantly memorable to audiences. She was so well-liked by the MTM Productions family that they brought her character back as an aspiring designer who gifts her buddy Mary with a ‘Sherry original’ (hoochie dress). 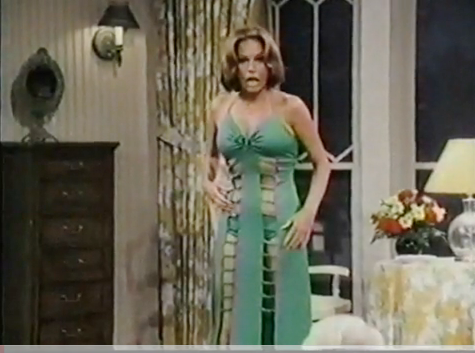 Barbara first discovered theater in her senior year of high school in New Orleans. She started appearing in plays and sewing costumes at a French Quarter community theater Le Petit Theatre du Vieux Carre. After high school graduation in 1957, she got a scholarship to Bard College on the Hudson – in her native New York state. She graduated from Bard and also did one semester at the Sorbonne in Paris.

Colby returned to Manhattan where she had short stints as a waitress and secretary – but her focus was on theater. Her kid sister Renee shared with me that “Barbara had a lot of personal rejections in her early life. She found the theatre and she surmounted it all.”

Following a solid performance in Six Characters in Search of an Author in 1964, she made her Broadway debut in The Devils in 1965. For the next five years, she impressed critics and audiences with roles in Under Milk Wood, Murder in the Cathedral and as Portia in Julius Caesar.

Liv Ullmann and Barbara appeared together on stage in Ibsen’s A Doll’s House. Ullmann remembered Barbara in her memoir “Changing” and wrote: “I receive the prize as the year’s best actress from NY critics. Barbara who plays Kristina lends me a dress…the dress has a faint smell of incense. She doesn’t drink, eats only vegetables, meditates often for long periods, and takes life and her place in it very seriously.”

Renee remembered her sis Barbara’s fondness for spirituality, psychics and the tarot. “Barbara believed in fate, and that everything had a purpose.” Barbara was a devotee of Swami Muktananda, who wrote several books and established over 600 Siddha Yoga centers and ashrams around the world before his passing in 1982. A guru of great charisma, Baba Muktananda drew such celebrities as John Denver, Olivia Hussey, James Taylor, Carly Simon and Marsha Mason into his fold. His teachings on the Divine Being within yourself continue to this day.

Barbara fell in love and married Bob Levitt Six (the son of Ethel Merman and her 2nd husband Bob Levitt Sr. – and later adopted son of The Merm’s 3rd hubby Bob Six, Continental Airlines CEO) Her sister Renee recalled: “Bob and Barbara were a fantastic couple. They called themselves Tubby and Lulu. Bob was definitely more into fun and was the child. Barbara was the fun but mature one.”

The couple moved to an apartment at The Dakota 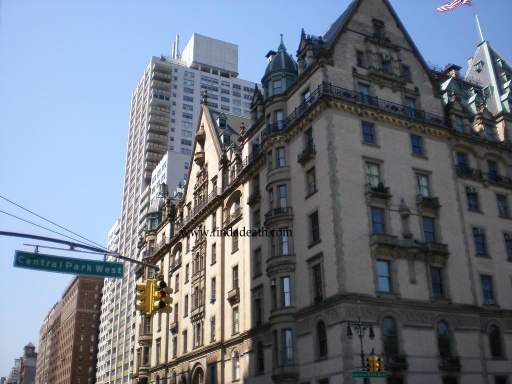 (which later became John Lennon‘s home and murder site) and enjoyed homes in Malibu on the coast, as well as spending time (circa ’73) in their converted navy bus used for road trip travels/sleep/meditation.

By the early 1970s, Barbara was a bi-coastal actress appearing in TV guest shots. She was often typecast as the prostitute or wench. She made her 1971 primetime debut on Columbo in “Murder By The Book”. She played Lily Lasanka, a love-starved hopelessly inept blackmailer who gets bumped off by Jack Cassidy. Episodes of Medical Center, Kung Fu and Gunsmoke followed. Barbara’s buddy Jack Klugman suggested her for the part of a cynical and funny resort bartender in a 1971 episode of The Odd Couple. 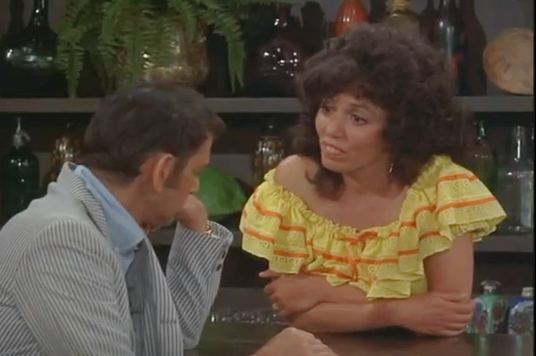 Barbara continued her stage career and appeared in the plays: House of Blue Leaves, The Hot L Baltimore and Murderous Angels with Lou Gossett. She also got two small movie roles in California Split, and in her actress/writer friend Ellen Geer’s Memory of Us.

In her mid thirties, Barbara’s career was really taking off, but her marriage to Bob Levitt Six was ending and a divorce was in the works. Barbara’s sister Renee said: “They were the kind of couple that you hear is breaking up and can’t fathom it. I don’t think Bob shared all of her metaphysical pursuits. I sense Barbara moved on with life faster than he did. It was a loving mutual split.”

In 1975, with the success of MTM spin-off Rhoda, Cloris Leachman was given a spin-off for her self-absorbed scatterbrained character Phyllis Lindstrom. In the new sitcom, Phyllis would be suddenly widowed and forced to work at a commercial photography studio in her hometown of San Francsco. MTM wanted Barbara Colby to play Phyllis’ boss “Julie Erskine”. She took the role and 3 episodes were completed.

Barbara’s sister Renee shared: “The comedy thing was new for her. She preferred the live theatre I think because it’s more challenging to make it through without stopping. She was good at the comedy thing…but it was new. When you watch Phyllis – that character Julie is Barbara. Those smiles she gives to Phyllis after teaching her some lesson. That’s Barbara.”

Despite Barbara being 14 years younger than Cloris Leachman – it was not hard for audiences to accept her as this worldly, wise, good-humored mentor and contemporary of Phyllis.

On Thursday night July 24, 1975, Barbara was about 30 miles from her Topanga Canyon home 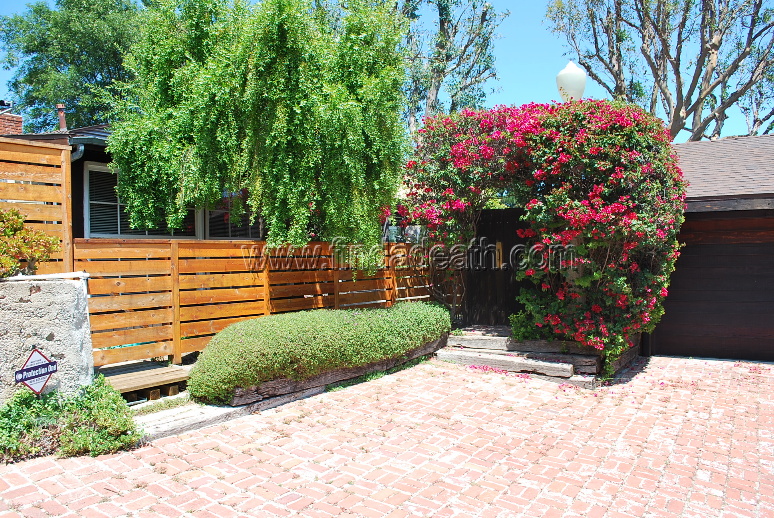 teaching an acting class in Venice CA (according to the LA Times). At about 11:50pm, she and her actor companion James Kiernan were walking to their car parked in this lot. 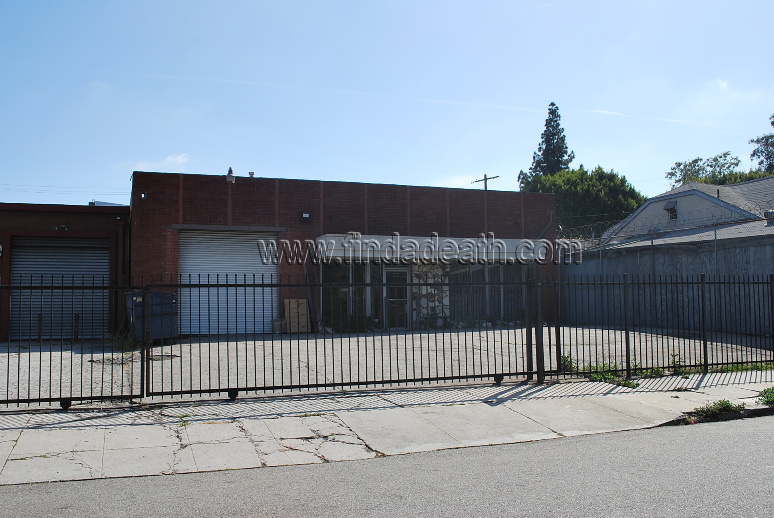 It was normal for Barbara and pals to congregate in the parking lot after class and talk. Her friend actor Ron Rifkin would have been there too – but he stayed home sick that evening. They were approached by two black men in a light colored van. Barbara and James were shot once. Neither were robbed.

Police received a call just before midnight, stating that a man was heard screaming, and then gunshots. When police arrived, Barbara was dead at the scene. A small caliber bullet had entered her left arm and chest, perforating her left lung. She was 35 years old.

Before he died from his gunshot wound at David Brotman Memorial Hospital at 1:32am, James Kiernan gave police the details of their brutal unprovoked attack.

The day after the shooting, LA Times reported: In a violent 40 minutes, two women and a man were murdered and six other people were threatened, molested or robbed Thursday night in three separate street attacks in the West Los Angeles-Santa Monica area.

By Monday, LA Times headlines warned: Homicides Doubled, High Crimes Up 14% and Police Beef Up Force After Five Murders.
Six young men were soon arrested and questioned after the crime spree – but they were cleared with no connection found to Barbara’s murder. The case was never solved. 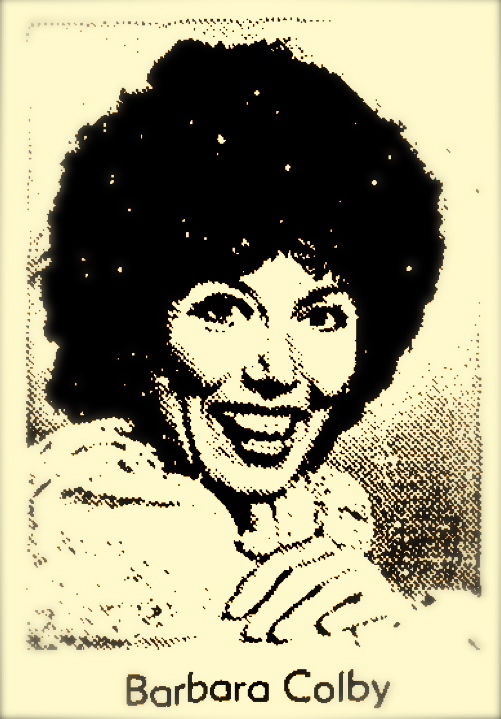 On a side note, Barbara’s mother kept her daughter’s bloodstained handbag.

On the Saturday after the shooting, Barbara was given an afternoon (closed casket) visitation service at Pierce Brothers Funeral Home at 1307 Seventh Street in Santa Monica. In the next parlor from Barbara’s wake, Mrs. Gloria Witte’s funeral began at 3pm. Mrs. Witte (age 57) had been slain on the same night/same area, minutes before, by gun-toting punks on a thrill ride.

Renee recalls her sister’s service as a celebrity-filled affair: “My siblings and I were celebrity shocked. We stood there saying ‘Oh look it’s so and so!’ over and over. We stood at the side daring each other to go rub up against or even talk to someone…Mary Tyler Moore, Cloris, Ed Asner, Valerie/Rhoda. After it was over they opened the casket for family. She was not in her body anymore.  Barbara believed in reincarnation and the evolution of the soul.  Regarding the crime, all of us believe it was fate for her and random to the world. I always figured karma would come around and that the person(s) are rotting in jail somewhere for other crimes.” 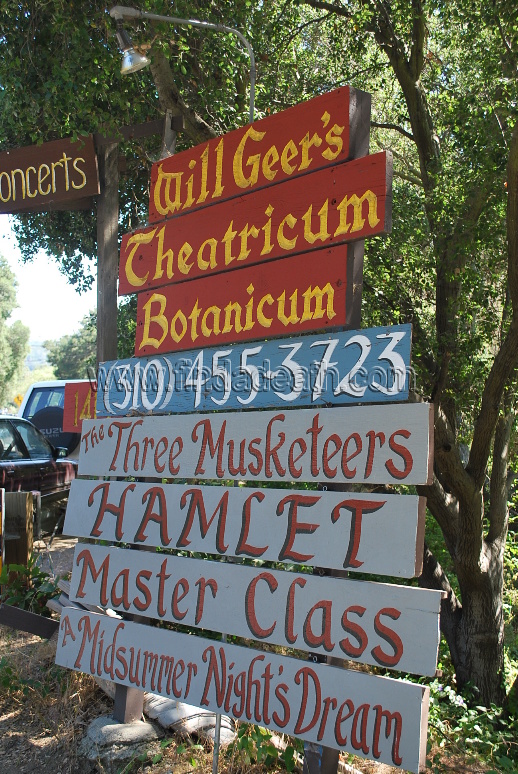 Renee says that many people eulogized her sister, but it was when some people put together a song for her and sang it onstage 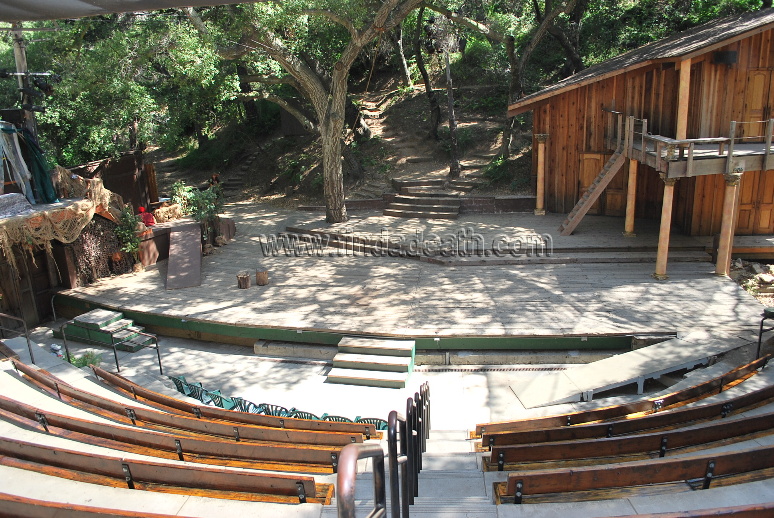 that “my mother and I totally lost it.”

Everybody wore white in celebration of Barbara’s passing to the next plane of existence. Renee told me that “only family and closest friends went on the boat with Barbara’s ashes. She was laid to rest in the ocean that she loved. When the ashes hit the water, they formed the shape of a human and then dissolved. It was very final.”

Cloris Leachman delivered a filmed tribute to her slain co-star that was to be aired before the 3rd (and final) episode featuring Barbara. Eventually, CBS execs decided to keep their sitcom timeslot carefree and not air the spot. Barbara’s unaired tribute included these lines:

“As some of you may know, shortly after we filmed tonight’s episode last July, Barbara Colby who has played the part of Julie was tragically killed. She was a superb actress and one of the most joyful and giving people I have ever known. We could have “written out”  the character Julie…but this would not have fooled you, and more importantly it would not have fooled us. And so beginning next week, the part of Julie will be played by another actress.  It was not easy to replace Barbara Colby as an actress, and it is impossible to replace her as a person.”

It has been over 3 decades since Barbara’s murder – but her work is remembered and appreciated via DVD, YOUTUBE and at a Facebook tribute page created by her kid sister Renee. You can see and read more here.

Finally, Renee shared with me one final remembrance of her big sister Barbara Colby that I wanted to include on this page:
“As for memories–I recall being around 16 and visiting her in Los Angeles. I learned that she was my half sister and fell apart. I was hysterical. She laughed and told me how it didn’t matter if we were whole or half or nothing sisters. She comforted me like a mother would her child. She was my surrogate mom and I was her surrogate kid. She made me feel so much better. For all her love of laughter, no one was more serious about the gift of life and what it is about than her.” 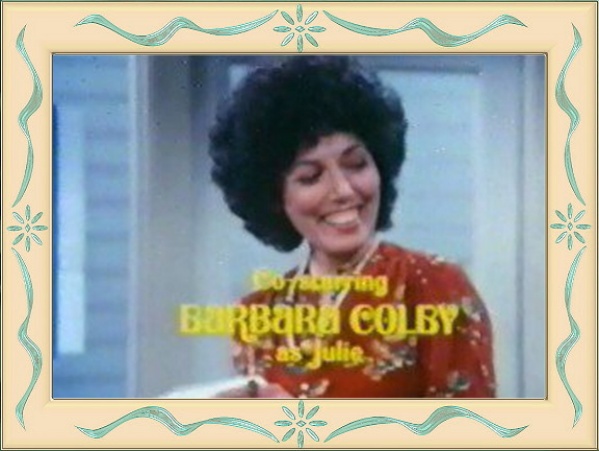 Profile by Mark Langlois, photo help by Troy Musgrave, and with Much Gratitude to Renee Galeano-Popp 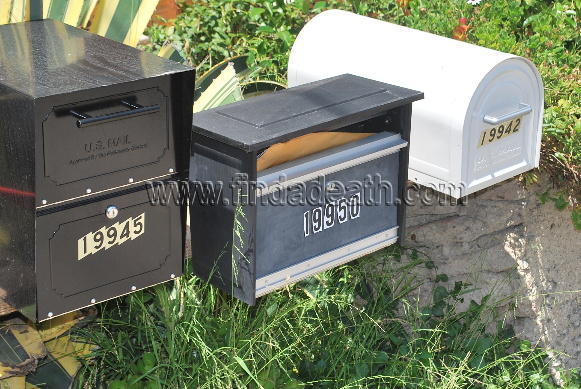